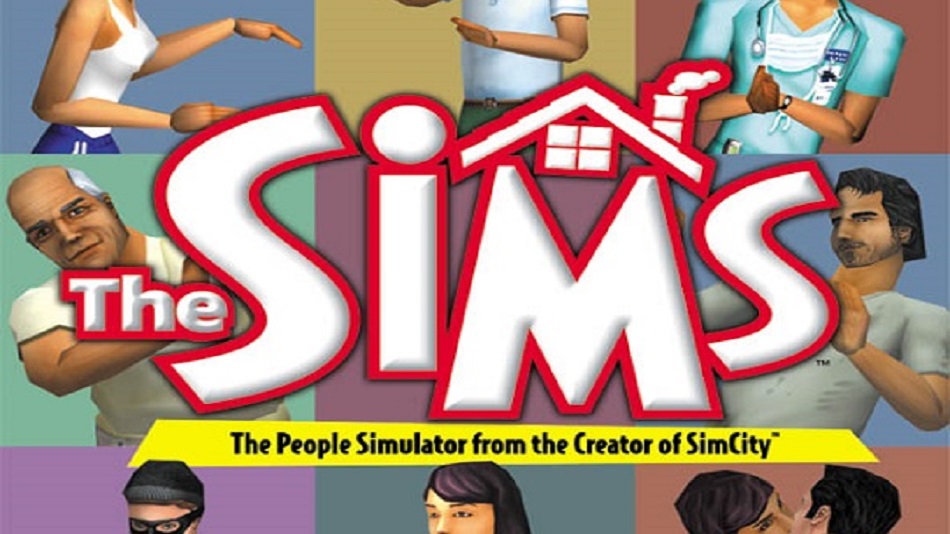 Who says you can’t playtest reality? I did. The Sims was a huge part of learning my life starting in early childhood, and it still is.

My parents had just divorced when I began playing, and it was a long time before I realized that all of my Sims families started with two parents and quickly became just one. Sometimes they argued and one of them left, sometimes one of them cheated… sometimes they simply divorced with no reason given. I didn’t realize that I was playing out my own questions, wondering what divorce really meant. I was also amazed that my sims’ kids could be friends with both parents and each other. There was no need to take sides or drive anger, they still had two parents, those parents just didn’t want to be together. It felt good to be able to control this little world and watch us all succeed.

Later in life, we got The Sims 3 and that experience played a big role in shaping my identity as a gamer. At first, it seemed clunky and I didn’t like the way my new house looked. However, it didn’t take me long to learn the design and control setup, and I began constructing amazing homes and quaint families. At one point, I deleted every Sim in the town and designed my own. Through this experience, I began understanding that I had standards for what a videogame should be like, and that I desired certain features or styles over others. I developed a love and appreciation for player-based decision-making that drove change in the world. This, of course, didn’t fully crystallize until I later picked up my first RPG and became hooked. Somewhere between a sandbox game and a story game, RPGs had all of the elements of gaming that had always been so important to me.

During this same period, when my sister would get home, she would get her laptop and we would play together, comparing tips and tricks and families. She always laughed at the way I made myself in-game and we used The Sims as a medium to talk about our self-image. We would each make ourselves and then make each other, trying to be as realistic as possible. Of course, each version of ourselves was totally different! We realized that however we saw ourselves was different than how others saw us, and that those who love us see us for the beauty we possess. The sims I made to represent me had flat faces, wide noses, and semi-frumpy builds. When my sister made me, I had awesome hairstyles, bright red hair, and big eyes. All the things she loved about me became more important than the things I didn’t like about me. That lesson has never left me. 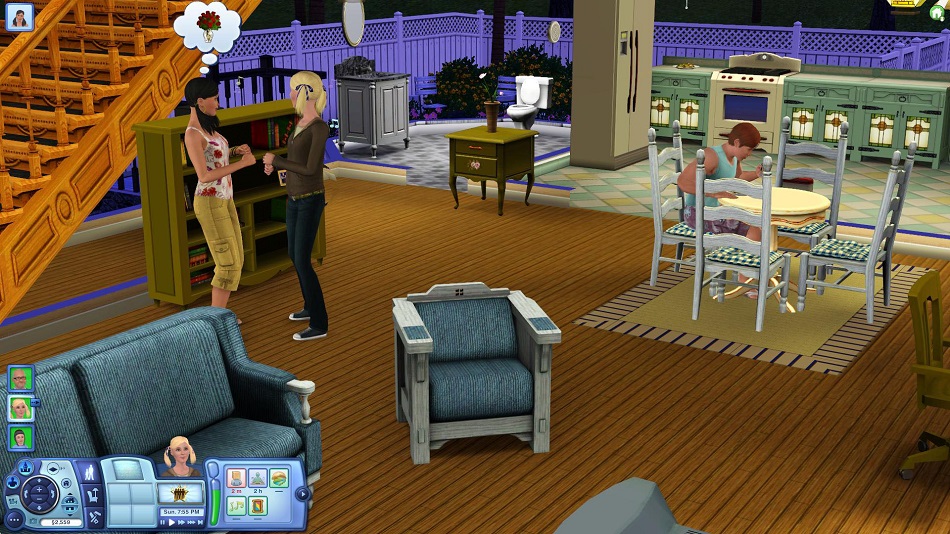 I also used The Sims to learn about my own values growing up.  At one point, my sim was ‘woohooing’ with the third or fourth townie in a row and my mom found out. She was very upset, concerned that I didn’t understand that it wasn’t okay to have casual sex with half the town to see which one would be the lucky baby daddy. Except that, for my sims it was — I was using the game to explore these ideas for myself. The notorious Don Lothario might be the perfect suave face for my gorgeous screenshots and promiscuous storylines, but his commitment issues made him a pretty poor character to raise a baby sim with. Good to know. Also good to realize? If Don’s two wives wanted to have second husbands, that didn’t impact my little world at all, so why should I get involved? This period let me form my own opinions and challenged the beliefs around me. (I also learned that babies cry a lot, and that I can for certain that the “100 Baby Challenge” is not something I want to try in real life!)

Later years were rough time for me, and my sims’ lives reflected that. The ones I created then were reflections of what I wanted to see in my own life — they began as single adults, looking for love on the streets of Sunset Valley. My real-world relationships were poor, so I enjoyed watching a single sim change by experimenting with different family setups.

At first, my single lady sim stayed home with the kids. Then I tried making families where both parents worked. I began questioning my own life and thinking how much easier everything would be if we could only have cheats that could be activated in real-life. What if I could stay up all night and paint under the stars without having to eat or sleep or shower? What if I could fill the bank without working, and just pursue my interests? Those ideas stayed with me, and watching my sims try to balance their needs, interests, jobs and responsibilities changed how I view those things, and possibly how I’m viewed — my boyfriend says I have a “Sims face” when I’m hungry and tired at the same time, or when my “social bar” gets too full. 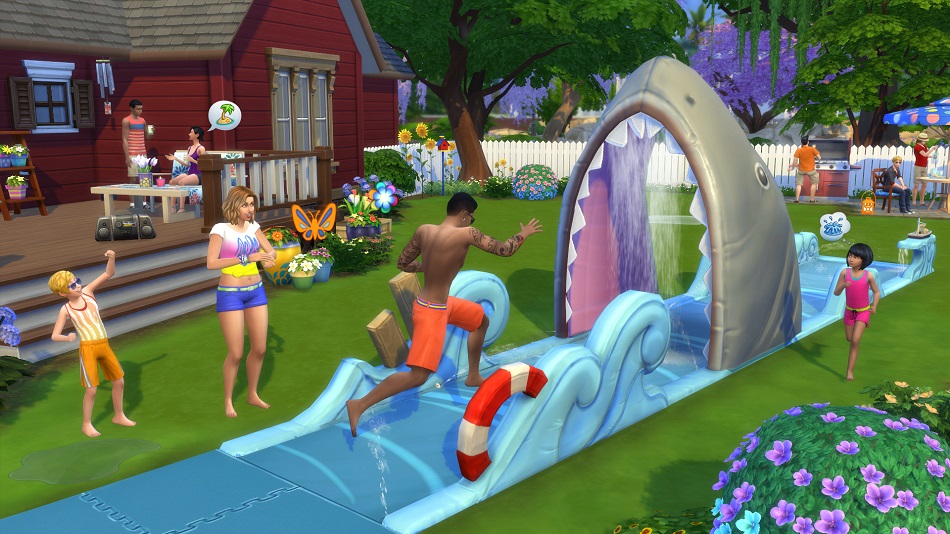 The Sims 4 came out in the fall of 2014 during my first term away at an out-of-state university. This was the first Sims my sister didn’t get alongside me, so we stopped playing together when I moved away. This was also the first time we had to actively work at maintaining our relationship, and a lot of it revolved around The Sims. We’d send each other text messages with things like “I just had my eighth baby! Named him Svenwinkle. I don’t know who the dad is though.” or “Just got promoted to astrophysicist! I think I’ll get to bring Mom back from the dead soon.”

She kept playing The Sims 3 and I played The Sims 4, and we talked about mods and tricks and everything else that went along with it. We also got to see how individual we really were when our sims started looking different. My sims started having families, hers started moonlighting. Her sims had rock careers, mine were writers and freelance painters. Once again, The Sims provided an opportunity to explore things we had never known how to talk about.

The Sims kept on serving me in college past the issues it raised with my sister. On my own, I was building apartment-style housing and dorms for groups of sim friends to live together. I tested out different relationships and played around with creating the realities my real-life friends and I all said we wanted after school, assigning political or writing careers to some and business and astronaut jobs to others. We all laughed when my friend (a criminal justice major) failed out of the sim police academy. Despite being just a game, we turned these instances into real conversations about goals and teamwork and gender roles. Should everyone in the household learn the same skills, or should everyone cover a different area? Should one person focus on feeding everyone else, or should everyone fend for themselves? If a sim gets married, is it fair for them to expect their spouse to move in? 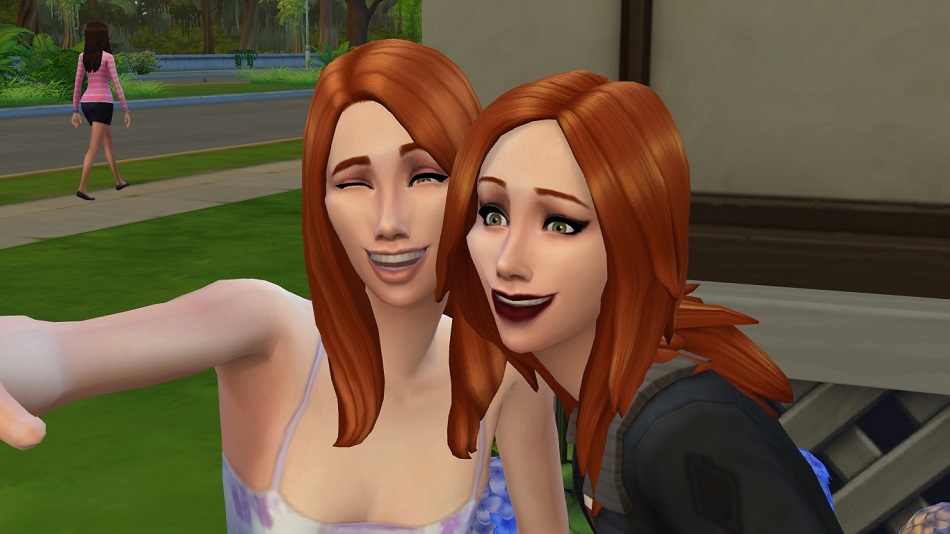 I’ve spent a huge chunk of my life with The Sims, and along the way I’ve come to realize that my sims have always reflected, on some level, the life I had or the one I thought I wanted. Now that I can look back at the ups and downs I’ve had over the years, and how those were supported and formed by running the same scenarios on a smaller scale, I realize how important The Sims has always been to me… although when I fired up the game for the first time so long ago, I never would have never have guessed that it would fill such a critical role in my life. And yet, it did. Who says you can’t play test reality?