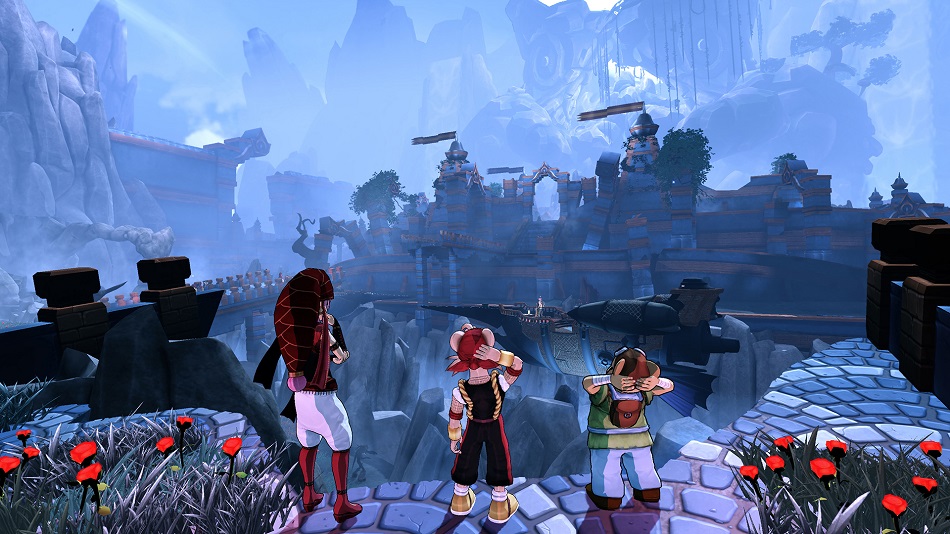 LOW Too much effort in some places, not enough in others.

Sometimes I have moments where I start playing a game and it grips me from the outset — things just click and everything moves forward at an exhilarating pace. Then there are games like Shiness that seem to fight me at every moment despite my best efforts to derive enjoyment from them.

Shiness is a colorful RPG that mixes 3D exploration with the sort of real-time combat that seeks to emulate the combo and parry systems of a game like Devil May Cry. The story centers around a little furry Waki (one of the races in the game) called Chado and his other Waki buddy, Poky. The pair crash-land their airship on the way to a mythical place called the Land of Life. Not long after, they bump into a human Princess, her grumpy bodyguard, and a mysterious rogue that seems to be hunting the regent.

The broad strokes of the story are utterly forgettable — in fact, I had to make an effort to not plagiarize one of my other reviews in the description of these characters. There’s a bunch of evildoing going on, the Princess falls into peril, it’s down to the rest of the crew to rescue her… Anyone can see where this goes. The fact that the main plot is so generic is surprising considering that that there are interesting subplots. One involves undead spirits stuck in a loop of eating the poison that killed them decades before, and another is a back-and-forth between the main characters and a dishonorable bunch of mercenaries. This good writing is trampled under the heavy-handed main plot, and I especially appreciated the subtle hints at racial tension between the Wakis, Shelks and Humans with the use of made-up language and insults.

The 3D characters are heavily lined, giving each of them a cartoon look that recreates the visuals from the webcomic that it’s based on. The animations match the upbeat style, with Chado and Poky being particularly emotive. Unfortunately, the world that surrounds them is hit and miss.

Shiness starts off strong in a verdant jungle with multiple means of traversal — jumping across a broken bridge is viable but risky, as opposed to using Chado’s ability to place rocks on pressure sensitive pads, which is the safe (but boring) way to open a door. About halfway through the adventure there’s a large plain to explore — it’s a joy to cross as the wide-open space allows for unfettered exploration while taking on roaming mobs as (and when) I felt like it. Being able to find hidden items in hard-to-reach or unexplored areas or taking on mini-storylines with bounties both breathe life into the world that Shiness is trying to create. They also helped me feel like I was actually in the world, rather than ticking off boxes on the way to the next cutscene. 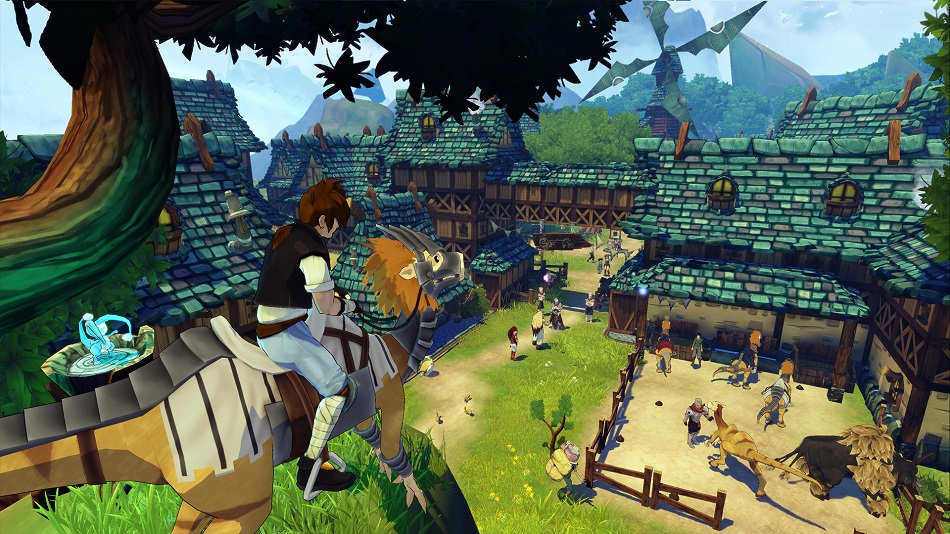 Less successful are the interiors that litter the game. The collision for the awkward platforming is frequently off, and the camera in cramped spaces often gets obscured, or clips through Chado and his team for a view of their insides.

The camera angles become even more infuriating every time they hinder the real-time combat. Well-intentioned as a break from standard turn-based fare, the groundwork for interesting fights is laid by a comprehensive list of upgradable offensive and defensive moves. However, the controls feel unresponsive given the speed and the ferocity of encounters, and enemies can too easily counter most tactics. This leads to button mashing that’s frequently punctuated by a tree or wall getting in the way.

A lot of work clearly went into these systems (proven by the myriad of menus hidden within the pause function) but, if anything, I feel like more work was needed to refine the fights and to create a better flow between adventuring, fighting and exploring. Doing side missions and finding secrets is all well and good, but the combat that punctuates these detours feels exhausting and it became hard for me to stomach it.

Also noting is that the game spikes in difficulty near the end. I must not have been paying enough attention to leveling up all the abilities because my playthrough came to an abrupt standstill when I got to a section where my team was supposed to repel an enemy invasion. The challenge required that I run back and forth between two cannons while infinitely-spawning enemies appear. It seemed to also be time-based, and at an indeterminate point I get an automatic game-over message. My last save is just before this scene, and there’s nowhere for me to go to grind and improve my stats. So, to anyone that reads this review and is determined to play this game, be warned.

There are lots of little things in this title that are genuinely good – the subplots add a depth to the world, the art style is buoyant — but there’s far too much that feels like it hasn’t been fully thought out. Shiness is a curious experiment that never quite hits the mark, which is a shame given the effort that has clearly gone into it. Rating: 4 out of 10

Disclosures: This game is developed by Enigami and published by Focus Home Interactive. It is currently available on Xbox One, PC and PS4. This copy of the game was obtained via publisher and reviewed on the Xbox One. Approximately 16 hours of play were devoted to the single-player mode, and the game was not completed. There are no multiplayer modes.

Parents: According to the ESRB, this game is rated Teen and contains Violence. None of the violence is explicit but there are some darker themes involving poisoning and patricide that might be disturbing for younger children.