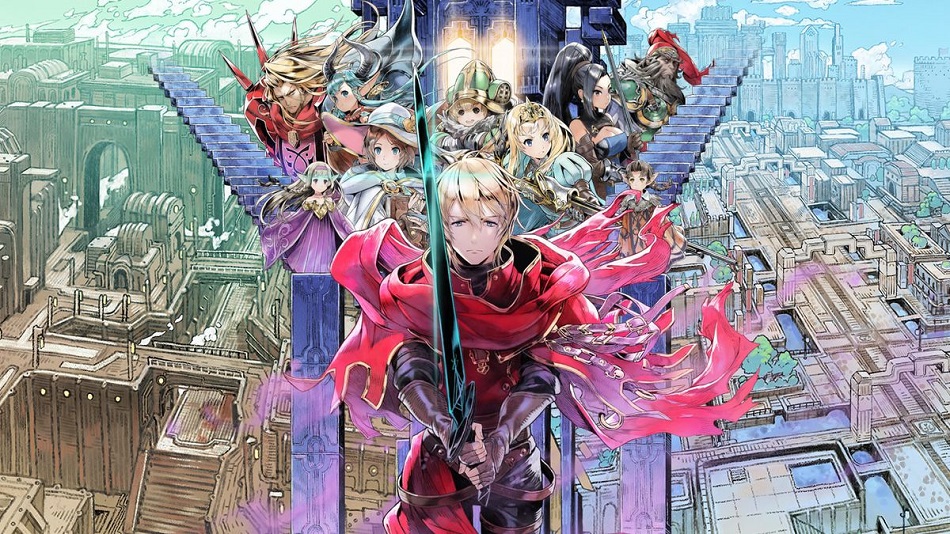 WTF …is Raynie wearing? Can she breathe in that getup?

Time travel and alternate histories are fascinating concepts that are extremely difficult to get right, especially in an interactive setting — they can quickly devolve into irritating repetition.  While Atlus’ Radiant Historia: Perfect Chronology isn’t as flawless as its title suggests, solid characterization and a surprisingly complex battle system (more often than not) make up for excessive backtracking and somewhat grindy progression.

Historia transports players to the continent of Vainqueur, where an unending war rages. The conflict has unintended consequences, as the entire planet is slowly succumbing to a desertification process so severe that even humans are turned to sand as their very souls are stripped away.

The player controls Stocke, an agent tasked with ending the war and turning back the desert.  He and his allies quickly learn that the conflict isn’t as simple as it first appears, and enemy motivations are more nuanced than expected.  Stocke is also chosen to be the keeper of the White Chronicle, a tome of immense power which allows him to manipulate time itself.  Whenever he is unable to progress, or if a dialogue choice hastens the destruction of the world, Stocke has the ability to travel between two distinct timelines at “nodes” placed at numerous points throughout the land.

Moving through the world is standard JRPG fare — the party proceeds through three-quarter perspective maps while interacting with numerous characters.  Unfortunately, loose controls make clicking on those characters and other interactive objects frustrating.  This, combined with the irritation of having to repeat trips through previously-experienced areas in different timelines occasionally makes exploration a chore, especially when trying to complete the numerous side quests.  Engrossing visuals, impressive voice-acting, and memorable characters go a long way towards forgiving these issues. 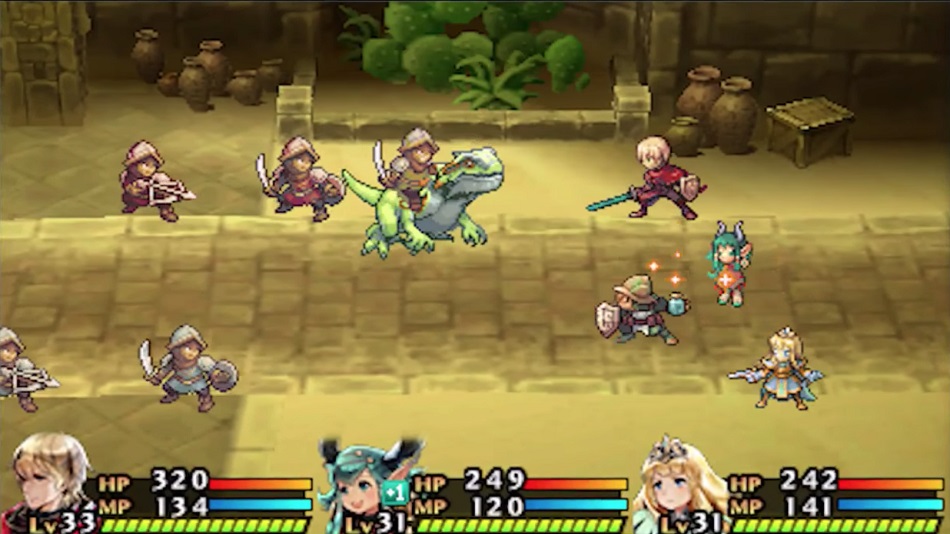 Combat is comprised of a standard turn-based system with several important distinctions.

First, enemies are arranged on a 3×3 grid on which party members can use mana-based attacks to push (or pull) them around, setting up dramatic combo attacks.  Additionally, heroes can swap places with friends and foes alike, sacrificing a turn now for an all-important combo later, easily turning defeat into victory.

Progression is a grind, as powerful weapons and armor are hard to obtain in the early going. However, a “Friendly” mode allows the party to skip combat altogether while granting all the normal rewards.  Sadly, once this mode is activated, it cannot be undone.

In terms of the narrative, Stocke and his companions aren’t just bundles of statistics with cool attack animations, but living, breathing characters who evolve as Historia progresses. 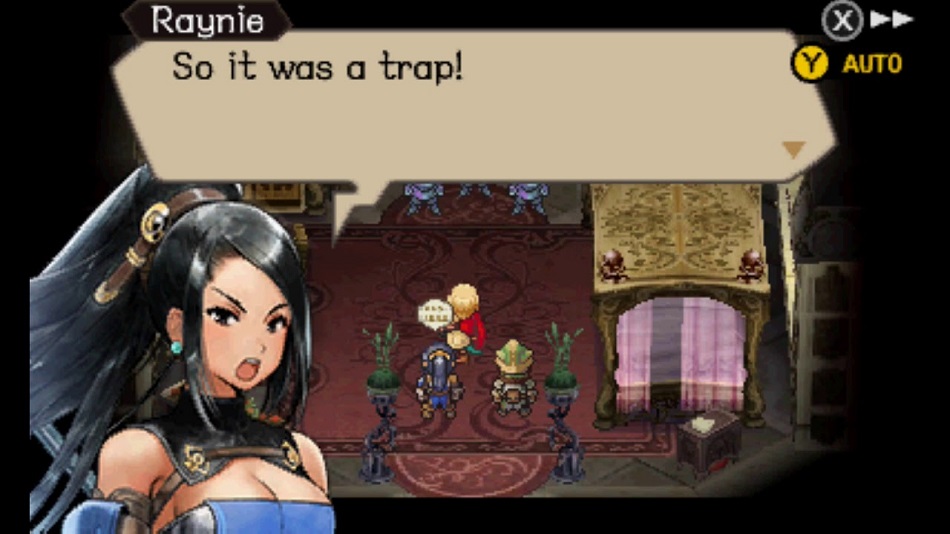 By making the wrong decisions at various points, Stocke sees that attempting to save the world by himself actually hastens its demise.  These experiences (along with some advice from others) teach him to abandon his lone wolf ways and to rely on his companions.

One mercenary subordinate deals with the trauma of having lost her previous unit by hiding behind false bravado and emotional detachment. There’s also a rebellious princess with abandonment issues, a headstrong commander focused on bringing every soldier home alive, a young shaman with an unhealthy sense of attachment to Stocke, and more. It’s a joy to see these allies become more confident and capable as they continue to survive against nearly impossible odds.

Impressively, even the most sniveling toadies among Stocke’s enemies are portrayed as actual people with feelings and goals rather than as generic evil underlings. That’s not to say that Historia doesn’t lean heavily on tropes such as heroic sacrifices and the horrors of war, but the characters learn and grow organically, even relying on the benefit of applied hindsight. Unfortunately, some of Historia’s characterizations are spoiled by instances of colloquial English that serve to undermine the otherwise dramatic dialog.

In a larger sense, some of Historia’s best moments come from watching the heroes understand that their errors and flaws must be overcome (or at the very least, mitigated) by manipulating the flow of time and trying again. These moments feel like true victories, and not just railroaded plot points. Admittedly, the time travel can be overwhelming, especially when starting out, but it eventually becomes easier to know when to switch back and forth and how to tie up loose side quests without losing the central narrative thread trying to remember what events occur when.

Radiant Historia: Perfect Chronology offers a staggering amount of content for the price — there are nearly 300 different events to see, and the campaign can finish with dozens of possible endings.  Patient RPG fans looking for intriguing story hooks and puzzle-like battle mechanics would do well to try it.  Those looking to simply enjoy the narrative without being punished can also dip into Friendly mode and enjoy the experience as well.  Taking this time travel trip can be repetitive at times, but it also provides a world and characters that are worth the effort. Rating: 8 out of 10

Disclosures: This game is developed by Atlus and published by Atlus, Deep Silver (Europe), and Atlus USA.  It is currently available on Nintendo 3DS. This copy of the game was obtained via a publisher code and reviewed on the Nintendo 3DS. Approximately 18 hours of play were devoted to the single-player mode, and the game was not completed.  There are no multiplayer modes.

Parents: According to the ESRB, this game is rated T and contains Fantasy Violence, Language, Suggestive Themes, and Use of Alcohol. Players select attack moves (weapon strikes, magic spells) from a menu screen to inflict damage and kill enemy creatures. The game contains some suggestive material: still-image screens of female characters with large cleavage, and partially exposed breasts and/or buttocks. In some sequences, drunken characters appear in taverns and reference alcohol in the dialogue (“All the booze my liver can handle”; “I am so plastered”). The word “sh*t” appears in dialogue.

Deaf & Hard of Hearing Gamers: There are full subtitles, and audio cues have visual components such as a flashing sprite or suitable animation highlighting the item or event. This game is fully accessible.

Remappable Controls: Only certain functions are remappable. The L button can be changed to function as the A button, but this change limits important game options.