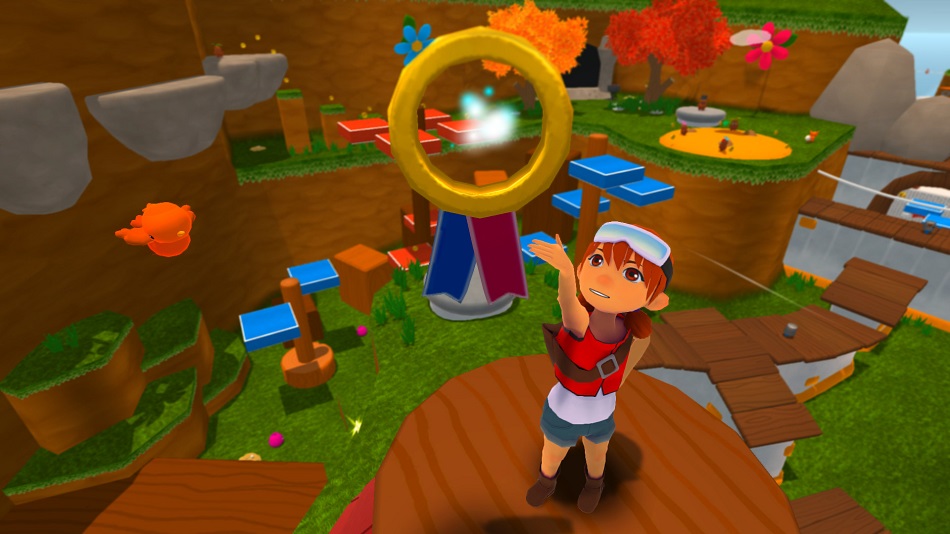 HIGH The controls are satisfying.

LOW It’s all a bit generic.

WTF Why do we trust children do tackle such obstacles?

Poi: Explorer Edition could have captivated so many people.

This iteration – exclusive to the Switch – brings new features to a game already seen on PC. This 3D platformer now has motion control, HD rumble and cosmetic changes, but it is utterly overshadowed by Nintendo’s mustachioed mascot. Mario Odyssey is upon us and Poi will only fall by the wayside — unfortunate because it takes the tropes that the plumber established and employs them effectively.

Although it’s not standard practice to do so, I admit that it’s hard not to compare the two titles, especially since Poi features all of Mario’s signature moves, the including triple jump, side somersault and wall-jumping. Throw in balancing on wires and bouncing to reach items, and all we’re missing is Fludd and Yoshi.

Controlling either a male or female explorer, the aim is to find lost medals as the game sweeps through the usual backdrops of forest, desert and mountain range. Entering a level tasks the player with a particular challenge, be it reaching the top of a peak, running an obstacle course or collecting seven keys. These can be done in any order, but the game will guide with an opening tour to point out the current objective. It’s all very pretty, though rather saccharine as it overloads the eyes with bursting, colorful visuals. Technically, there’s not a huge difference between playing it docked or handheld, the game looks and runs fine on both. 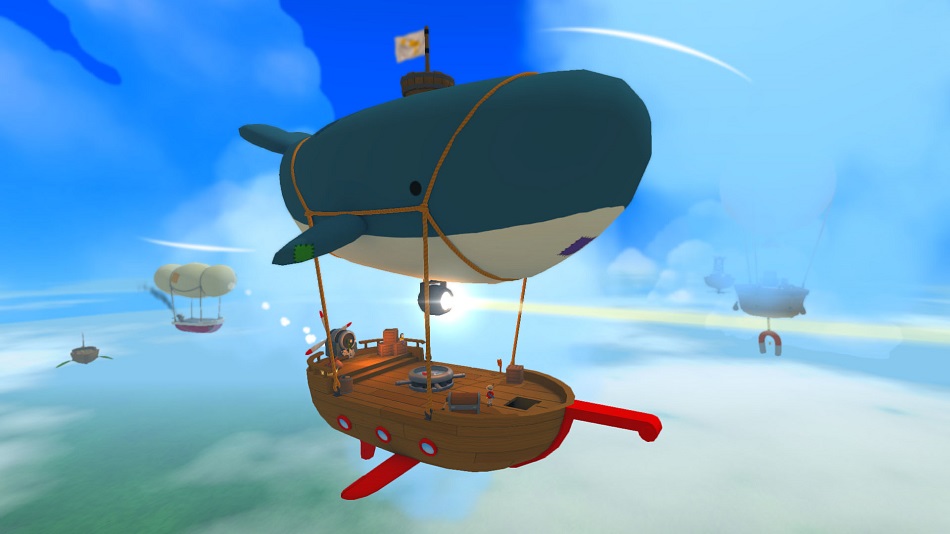 When not traversing worlds to collect lost items, the explorers spend their time on an airship, the balloon of which is a comic blue whale. They’re soon joined by an archaeologist, a pirate and a host of other characters which open up new objectives or modes of play. Finding the doodads is fine, but Poi simply shines thanks to the joy of putting its moveset through its paces when bounding over moving platforms, skipping over rolling floors, dodging jets of fire and stomping on enemies.

However, Mario is out there. He’s likely installed on the majority of Switch consoles across the world, and I have to wonder why anyone would choose to play Poi over the king of platforming, even though it’s perfectly adequate. Sure, Poi offers something a little different in terms of tone and it highlights the notion that retro ideas can still hold strong, but, but, but…

Had Poi been given a more iconic set of characters or landed on the Switch a few months earlier, I would have written that Poi was the best action platformer available on the hardware at that time. The boss fights could be a little more epic in scale, the worlds could feature a little more character, and the story is basically ‘collect all the things’, but it fills a niche nicely and would have found an audience. Instead, I feel like I’m congratulating a runner up on a job well done.

Having put Poi down for a while to collect my thoughts for this review, I find myself looking back fondly on it, as I would with Banjo Kazooie or Gex, but I’m not sure it will make a lasting impression. Players who own a Switch and want something besides a a chubby Italian plumber on their screen can’t go wrong with Poi, but it’s hard to see it in that massive shadow. Rating: 7 out of 10

Disclosures: This game is developed by Polykid and published by Alliance Digital Media. The game is only available on Switch. The review code was provided by the publisher and reviewed on Switch – both handheld and docked. Approximately 15 hours were devoted to the game, which only features a single player mode. It was completed.

Parents: According to the ESRB the game is rated E for Everyone and contains Fantasy Violence. All of the action is very mild, there is no bad language or any adult themes present.

Deaf and Hard of Hearing: The game features full subtitles and any audio cues are accompanied by an onscreen cues. It sis fully accessible.

Remappable Controls: No option to change controls was noted and there are motion control options available. It is not remappable.

Colorblind Mode: There is no colorblind mode.