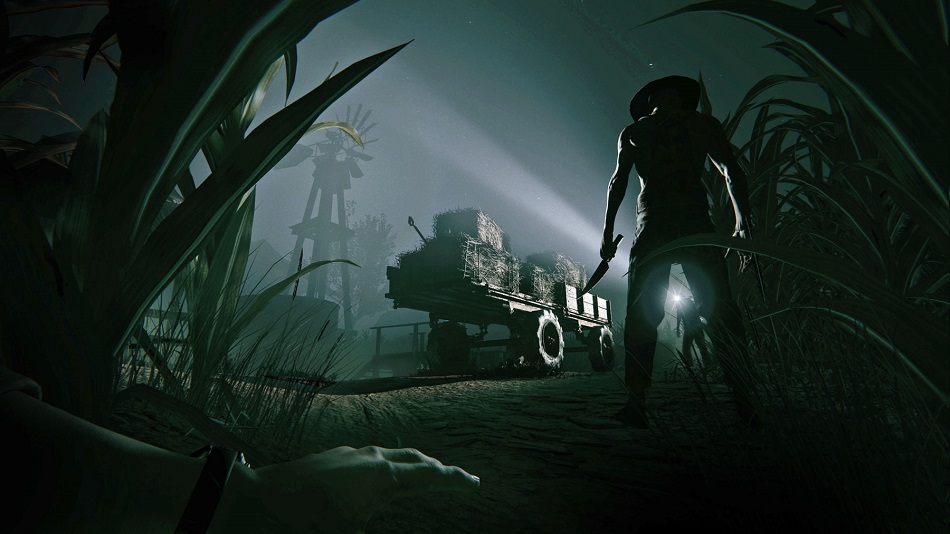 HIGH All the school sections.

LOW  The story is predictable.

Outlast 2 puts the player in the shoes of Blake Langerman. He’s one half of an investigative journalism team, with wife Lyn making up the other half. They travel to the Sonoran Desert in Arizona to investigate the brutal murder of a pregnant Jane Doe, and because this is a horror game, things go bad very, very quickly.

The gameplay in Outlast 2 feels similar to the original. Like last time, it’s all about being scared in the dark and using a video camera’s night vision to help navigate dark, dank areas (too dark to see at all in some places!) and document gruesome discoveries along the way.

When it’s possible to see, the environments look absolutely incredible — Red Barrels has seriously upped their game in the graphics department this time. As the player wanders around in winding woods, the lighting engine beams beautifully convincing rays through the trees. In school sections Blake travels through, the reflections and highly-buffed corridors look ultra real.

However, despite the beauty, these areas can become mazelike and quickly instill the same sort of fear and helplessness that the first game brought to the table because the player has no means of defense. To this end, the developers have given the player many more opportunities to hide — things like ducking in barrels, holding their breath underwater, crawling and more. I felt like I could hide absolutely anywhere.

In addition, Outlast 2 also gives the player a new toy to play with — a directional microphone that can point in any direction to hear the sound of enemies, including through walls. It’s a nice addition that feels balanced and doesn’t make things too easy. One great example was when I was lost and trying to escape an endlessly-pursuing foe in some woods.  With no real way to see anything due to dense trees and fog, I could aim the new mic around the area to ascertain the location of enemies before planning a safe route out. 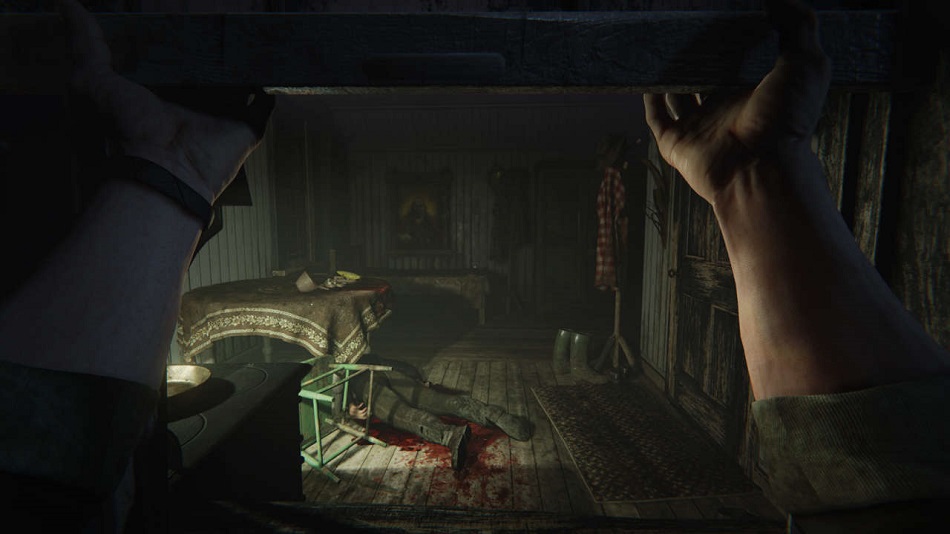 Unfortunately, while the game looks great and offers a few new tricks, the story covers some standard religious ground and ends up being too predictable. I believe any player will see the ending coming a million miles away, despite some strange sequences that up the ante at times and make one question the protagonist’s sanity. These are used to great effect in the transition between the school and forest — there are no loading screens, but instead, dimension-breaking splits. Once, an enemy jumped onto my face, slashing and clawing, only to gradually turn into a schoolgirl who was just tickling me.

Another issue with Outlast 2 is that it’s a relentless game which never lets up, and constantly pushes the player forward. I wasn’t too keen on this constant barrage — I do enjoy moments of calm to break up violence and evil. Such moments might give the player time to reflect on the story and soak in the world around them, but since I was just running from section to section, I wasn’t able to enjoy it as much as I would have liked.

While the game is certainly frightening, I did find myself screaming at my TV not only out of fear, but also from pure frustration.

Unlike its predecessor, the stealth moments in Outlast 2 devolve into monotonous try-and-die runs with absolutely no room for error or improvisation if things go bad. The player must repeat the same sequences over and over until an action is performed in an exact sequence laid out by the developer. This rigidity totally kills the horror vibe, as repeat attempts mean that I already know what’s going to happen. In the first Outlast, there was large margin for error — I could enter an area, mess up, and then regroup to tackle the situation in a different way, all while keeping up the tension. Outlast 2‘s insistence on perfection is boring.

After completing the campaign, Outlast 2 boiled down to being too repetitive and maddening — it’s a horrific, beautiful disappointment. I can’t help but wish the game was half its length and set entirely in environments filled with the creepy corridors, ghostly apparitions, murderous priests, gory suicides and the demons that it does so well. Those moments are when Outlast 2 is at its very best. Instead, the fear was drained by constant deaths, sequences that are more frustrating than they should be, and an abysmal checkpoint system that only highlights how bad the rest is. Outlast 2 looks amazing and sounds amazing, but the gameplay that would make this dark gem shine just isn’t here. Rating: 6 out of 10

Disclosures: This game is developed and published by Red Barrels, and is currently available on PC, PS4 and XBO. This copy of the game was obtained via publisher and reviewed on the PlayStation 4 Pro. Approximately 10 hours of play were devoted to the single-player mode, and the game was completed. There are no multiplayer modes.

Parents: According to the ESRB, this game is rated Mature and contains intense violence, blood and gore, sexual content, nudity and strong language. Its super gory — players will constantly see blood, guts naked people and all sorts of gratuitous imagery. Keep the kids away!

Deaf & Hard of Hearing Gamers: The game contains options for subtitles. I would say that this game is very hard to play with no sound as it highly relies on use of audio to know where enemies are. There are no visual cues to indicate where enemies are coming from. It’s possible to use the directional mic for this purpose, but it would be extremely hard as this drains the batteries very quickly.

Remappable Controls: This game has five different control combinations, all these are presets.