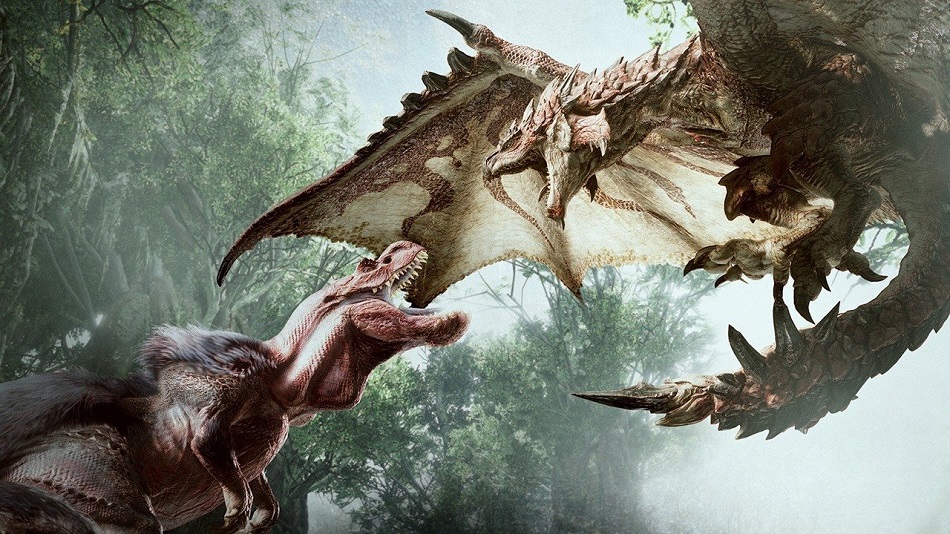 HIGH The first time a monster picks another one up and drops it from midair.

LOW Server connectivity was not great in the early days of release.

Monster Hunter World is a game where a player could have spent eighty hours, killed numerous beasts, completed the final story mission and still feel as if they’re barely treading water in the vast ocean of its myriad, subtle systems — not to mention the expansive endgame that hardcore players would argue is the real meat on MHW‘s bones.

Even so, players won’t be able to button-mash their way through the harder monsters, or even the so-called “easier” beasts. To do so is to invite the kind of insanity that I wrought on myself in the early hours of my PC playthrough, as I operated under the foolishly elitist notion that a game which traces its lineage to handheld devices couldn’t possibly be that complex.

As the hours progressed, so did my willingness to eat crow and learn the most effective combos for three of the game’s 14 different weapons until I became proficient with the gunlance, charge blade and my personal favorite, the long sword. But make no mistake, one long-held belief was only reinforced by the dozens of hours I spent exploring the impressively varied biomes of the New World — the personal computer may not have the monopoly on the best games, but it certainly is the best way to experience almost any game, given the choice. 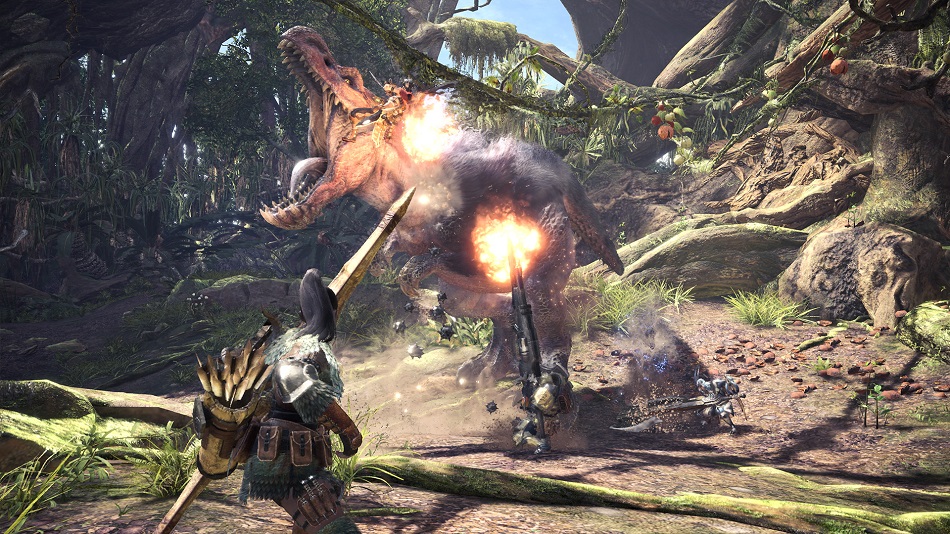 Not long after I started playing MHW, my lovely wife Danielle (do yourself a favor and date fellow gamers!) was so jealous she bought the game on PS4 (console versions arrived in January) for herself and was also immediately sucked into the fascinating, if somewhat opaque world of Monster Hunter lore. We both found ourselves captivated by the goofy armor, the addictive combat and crafting loop, and most of all, the visually stunning, fully-realized slice of dangerous, beastly nature that World portrays with aplomb.

What my wife wasn’t as enthralled with was the somewhat clunky performance, washed-out textures and abysmal loading times, all issues that even my budget gaming rig mitigated with ease.

Playing on an RX 470, AMD FX-8350 and 16 gigs of RAM, with minor tweaking on mostly high and highest settings, I got between 50 and 60 frames per second on average — impressive when the level of visual detail and the amount of background CPU workload required to keep track of all the various monsters on a given map is considered. Loading times were minimal, and even when framerates lowered, exquisite frame pacing kept the action even and far smoother than on consoles.

While the mouse and keyboard controls give a valiant effort toward relevancy, ultimately they’re useless. Stubborn PC lifers will no doubt trudge through with their trusty WASD setup just fine, but most people will want to plug in their gamepad of choice. Trust me, this is how the game is meant to be played and it becomes clear once the two choices are tested side by side. 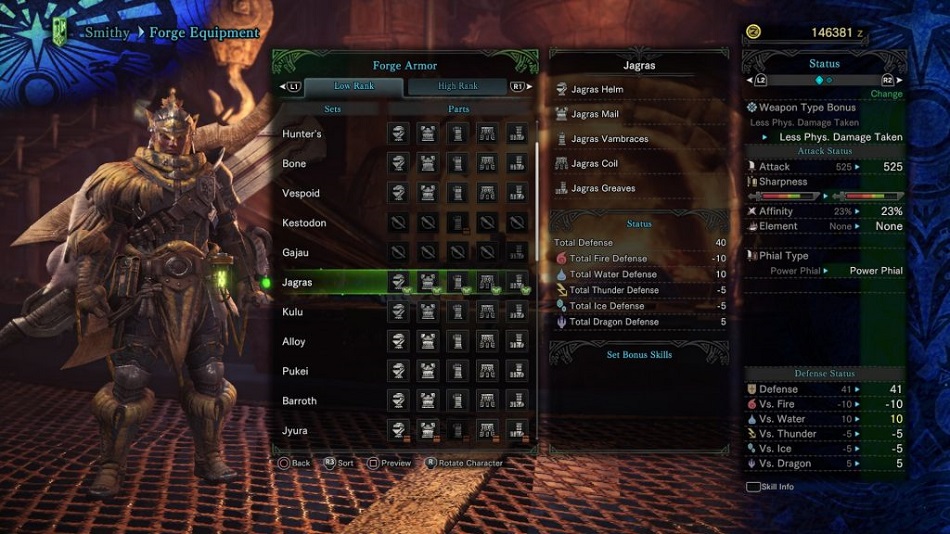 More pressing was a persistent issue with remaining connected to the server, which is more than just a sore spot for a game that requires an online connection. In an embarrassing amount of hours playing everything from Destiny 2 to Star Trek Online, I don’t recall being booted off the server more than a handful of times, yet in MHW it was a daily occurrence prior to a patch. Even post-patch, it still happens occasionally.

Minor tech issues aside, MHW’s loop of preparing for a hunt by doing research, stocking up on supplies and eating a hearty meal (which offer stat buffs), actually going out and conducting the hunt, and then coming back to craft gear all made it easy to buy into the idea that players are actual hunters, not just action heroes in weird suits of armor made from dinosaur bones. In fact, in many ways, the loop feels like a refined version of the process in which Geralt hunts monsters in The Witcher 3, but with far greater consequences if a player heads out on a hunt ill-prepared. Whereas Geralt was usually fine getting by with his quen shield and a bit of creative dodging, there is no such get-out-of-jail-free card in MHW.

Hunting in real life is often a solitary affair, but here players will often find it necessary to team up with other human beings. Bringing down a monster with a couple of randos can be a good time, but it’s best to work with folks who are interested in teamwork and enacting a strategy. Matchmaking is as straightforward on PC as it is on PS4, and while I only played with strangers, I had no trouble finding partners.

Much has been written nine months into Monster Hunter World‘s existence — so much so that it’s unnecessary to expend any more words on the subject. For a few more details on how this version compares with past games, please see my colleague Mike Suskie’s review of the PS4 version.However,PC gamers can rest easy knowing that the wait was worth it. Monster Hunter World on PC is the best version of one of the year’s best games. Rating: 9.5 out of 10

Disclosures: This game is developed and published by Capcom. It is currently available on PlayStation, Xbox One and PC. Copies of the game were obtained via both publisher and retail store and reviewed on PC. Approximately 80 hours were devoted to the campaign, and the game was completed. Almost the entirety of that time was spent with the game’s online functionality enabled.

Parents: According to the ESRB, this game is rated Teen and contains Blood, Mild Language, Use of Alcohol and Violence. Creatures show injuries and whimper but it is not gory and there is no blood. There is limited use of alcohol (mostly in the intro scene) and very mild language.

Deaf & Hard of Hearing Gamers: All dialogue is subtitled and sound serves minimal function. The game is available in multiple languages including Japanese, German and French. The game is fully accessible.

Remappable Controls: The game’s mouse and keyboard controls are remappable, but not the gamepad controls. 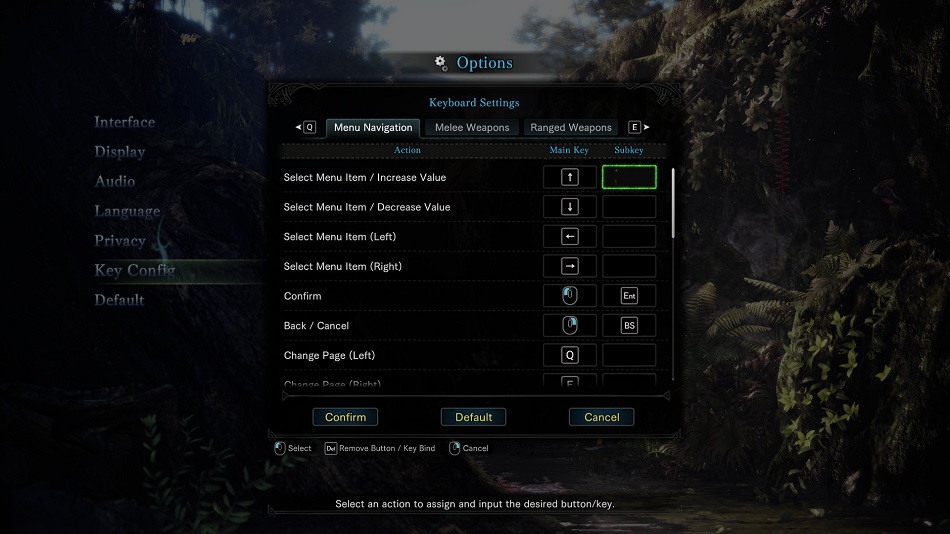 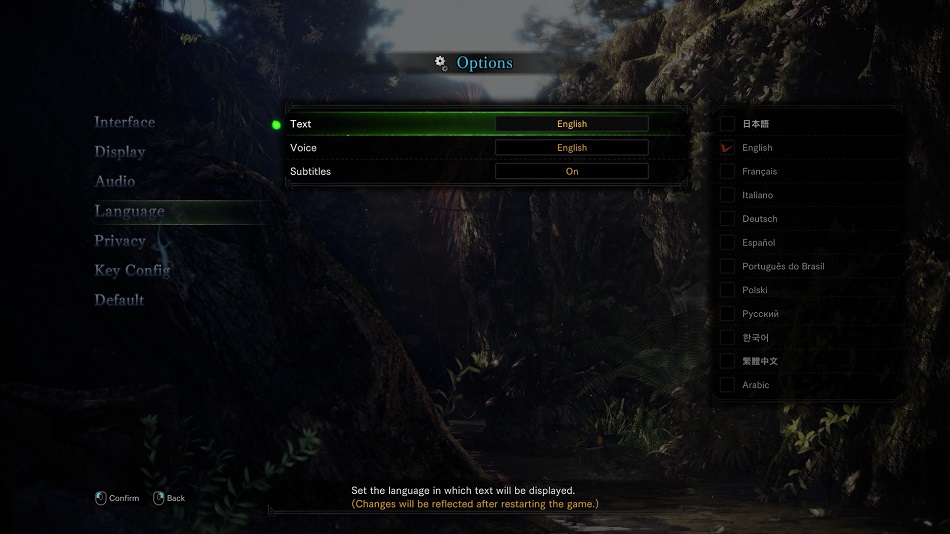 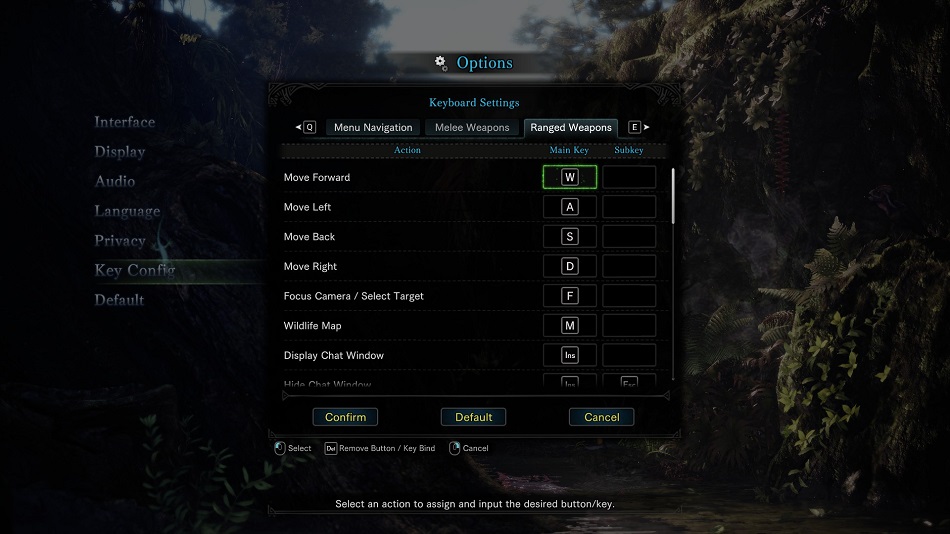