Waifool Me Once, Shame On Me… 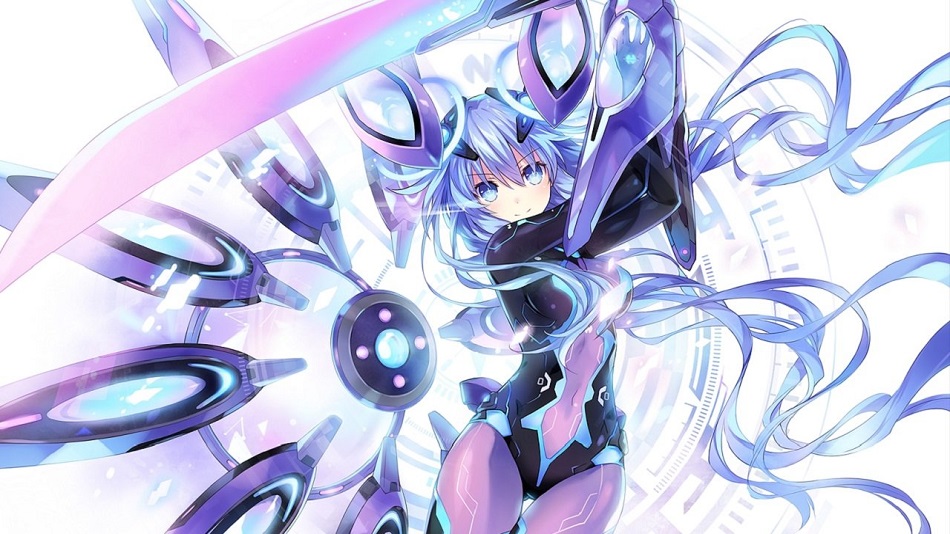 HIGH Nearly every aspect of this game can be fast-forwarded.

WTF Hunting for pudding ingredients in the middle of the apocalypse.

I’ve always been interested in Hyperdimension Neptunia series. Until now I’d never played one, but the premise has always made me curious. In this series, goddesses metaphorically represent different videogame consoles and publishers, and the plots loosely explore their struggles within a universe known as “Gamindustri” (Game Industry — get it?) It’s a simple and cute idea in theory, but the execution falls short of reaching even a basic level of entertainment.

Megadimension Neptunia VIIR is the latest in this long-running series. This iteration is a revamped and retooled version of Megadimension Neptunia VII, released not long ago on PS4 in 2016. During my playthrough of VIIR, however, I was under the impression that this was an HD rerelease of a Playstation 3 title.  However, even though the graphical assets were clean and crisp, every part of the visuals felt last-gen, and some aspects — namely dungeon environments and palette-swapped monsters — feels outdated even compared to some PS2-era JRPGs like Persona 4.

I understand that graphics aren’t the most important part of a videogame, but I bring them up because it highlights my grief with VIIR as a whole.  Like the recycled enemy assets, the limited 2D character stand-ins for dialogue, and the lazy approach to environment design, every aspect of this title feels uninspired. 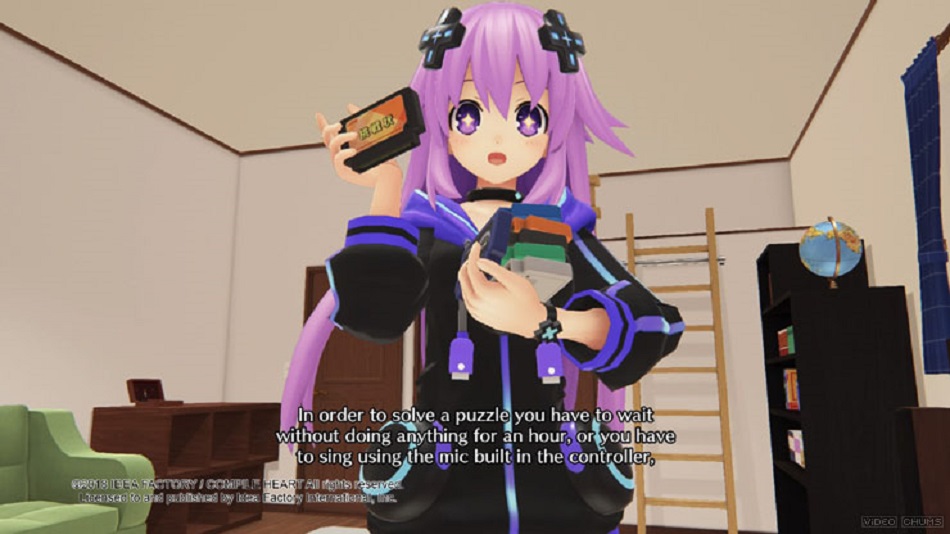 For instance, the combat feels undercooked.  There’s a combo system that’s mentioned, but never detailed. Each character draws from AP and SP to execute the desired moves, but the game never explains what either one was or how they affected lay.  That said, I easily made it ten hours into the adventure without ever having to consider any kind of strategy.

One aspect of the system supposedly relies on geometric positioning of the goddesses, but regardless of whether I took out multiple enemies at once or one per turn, the result was the same —  enemies fall away after I chain together whatever attacks the game decides to offer me, apparently based on a color scheme that (again) is never explained. There was also one moment early on when I was allowed to transform from my basic avatar to her “goddess” form, and that was kind of exciting until I realized that this special form, while temporary and glamorous, had almost no noticeable effect on my character’s damage, defense or moveset.

The story is also embarrassingly bad, and not because it’s about young women who look, sound, and act like pre-adolescent girls except for when they decide to shower together. No, it’s embarrassing because the script and characterizations are asinine, and every personality trait is told rather than shown. 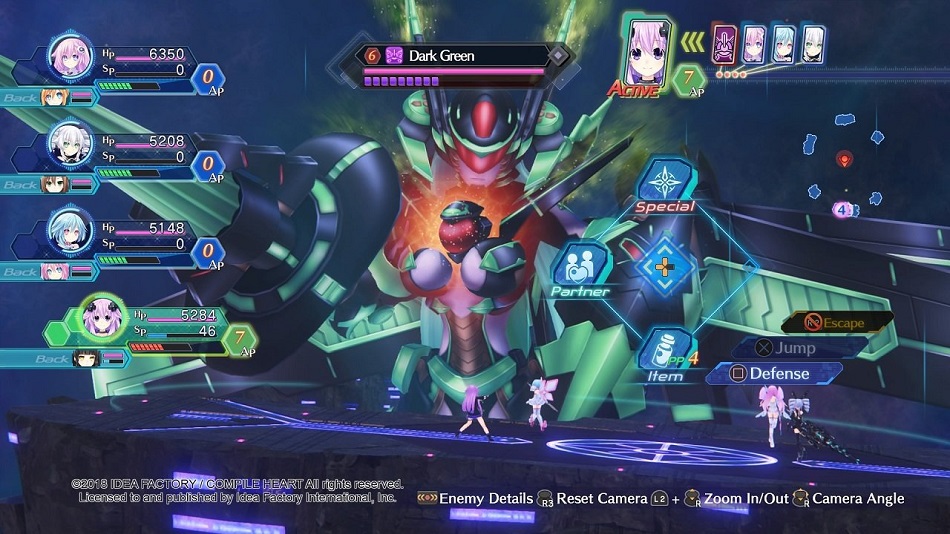 For example, the main character Neptune (the embodiment of the Sega Saturn) is described by others as being lazy and immature.  However, this is never relevant or apparent. Aside from a few whiny dialogue bits adjoining this accusation, it’s never demonstrated — the writers merely threw a couple of adjectives in when referring to her and left it at that.

This unsatisfactory approach to character development goes along with the unsatisfying plot development. The majority of the game takes place in dialogue scenes wherein 2D drawings of the women converse in desultory dialogue that’s hard to follow.  In one scene, the conversation jumps from figuring out how to destroy a monster terrorizing a town to why a fish is talking to the characters, and then to how the characters can make pudding. The erratic nature of the chats is further undermined by the lack of narrative focus in the plot.  It was difficult to figure out what the characters were doing, where they were doing it, and why anything was happening. At first, I chalked my confusion up to jumping into a game mid-series, but the first ten hours take place in an alternate dimension with no pre-established relationships nor history from which to draw, and I still felt left out by the plot.VIIR allows the player to use PSVR for limited virtual reality scenes.  In between levels, an alert will come on the screen indicating that a VR scene is next.  At this point, the player can either put on the VR headset for this experience, or simply press a button and continue without VR, experiencing the scene on screen in first person perspective.  These scenes allow the player to experience what it would be like to sit in a nondescript room and have the Goddesses come, one at a time, into the room to talk for three minutes with no user interaction besides a head nod or a head shake.  It was interesting the first time, annoying the second time, and every other time a VR event occurred, I couldn’t be bothered to hook the headset up, put it on, and submit myself to the short-lived, un-entertaining routine. From then on I chose to push through the short events in a flat, first person experience on my TV.

The weak plot, thin characters and lackadaisical approach to combat added up to a final product that was inconsequential best and a disrespectful waste of my time at worst. I can’t recommend it to JRPG fans, people who want more VR experiences, or really, to anyone at all. Rating: 3 out of 10

Disclosures: This game is developed and published by Idea Factory and Compile Heart. It is currently available on PS4. This copy of the game was obtained via publisher and reviewed on the PS4 & PSVR. Approximately 20 hours of play were devoted to the single-player mode, and the game was not completed. There are no multiplayer modes.

Parents: According to the ESRB, this game is rated T and contains Fantasy Violence, Language, Partial Nudity, and Suggestive Themes. Aside from subtle sexual innuendos, the game is mostly harmless except for when it suddenly and unexpectedly fills the screen with an image of naked anime girls covered up only by conveniently placed splashes of water.

Deaf & Hard of Hearing Gamers: There are subtitles for all in game events and all dialogue is displayed via text on the screen. Even the VR events have subtitles.Text is not resizable. 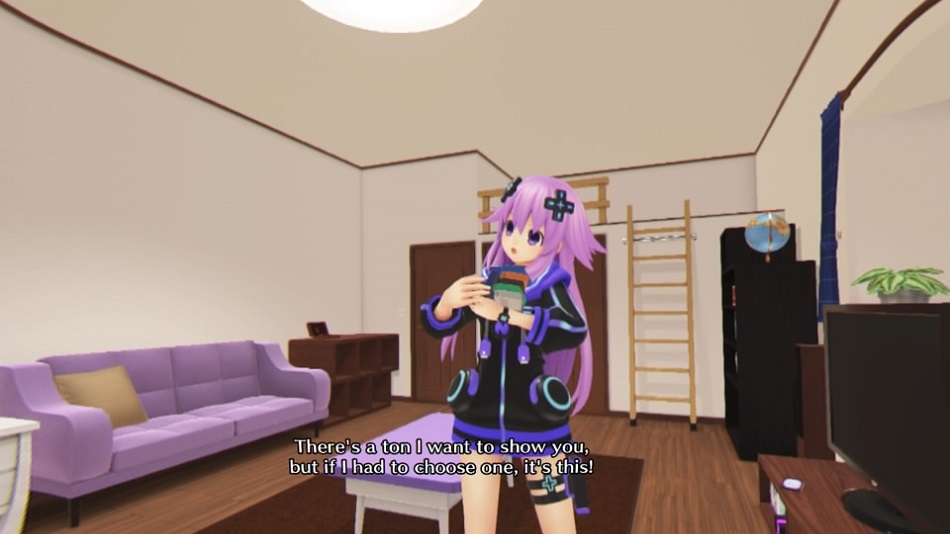 You probably shouldn’t have started with the remake of the 4th mainline entry in the series. I can easily see how you’d be so lost…