How Did You Wind Up There? 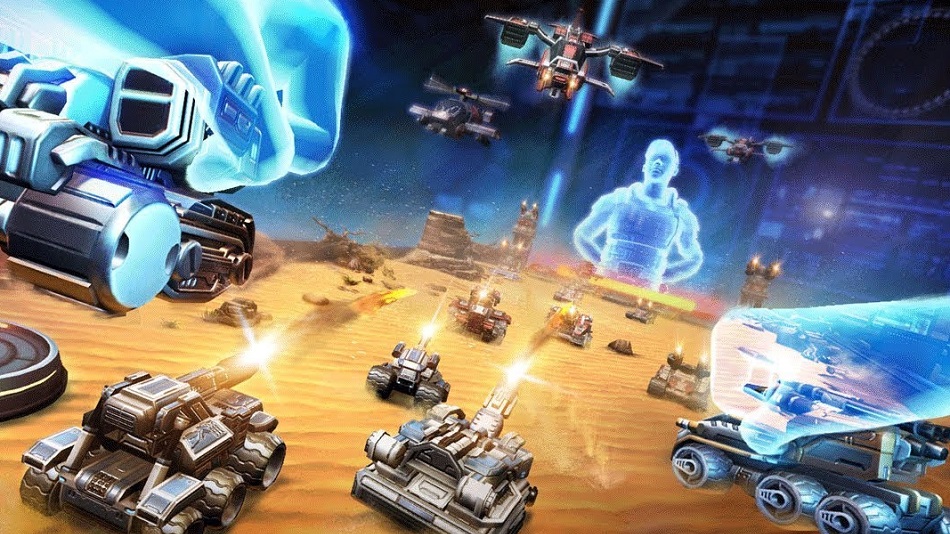 LOW The randomness of the outcomes.

WTF This game is dying for an online multiplayer mode.

League of War is a mechanically simple RTS for smartphones.  In making the jump to VR with League of War: VR Arena (let’s call it LoWVRA for short) developers at MunkyFun, Inc. have added a layer of interaction and immersion that elevates the title from a simple pay-to-win app to an enjoyable (but still simple) arcade strategy game.

LoWVRA is about as barebones as an RTS can get. There are fighting units to deploy, and there’s a time limit until the player can redeploy them, but there’s no resource management and no real estate to claim, nor bases to construct

However, there are some subtleties to this sole mechanic that bring the depth of LoWVRA from “puddle” to “kiddie-pool.”  There are multiple unit types, and they interact in a quasi-rock-paper-scissors mechanic on the battlefield. However, it isn’t explicitly fleshed out and is often difficult to interpret from the results of the skirmishes.

There’s also the ability to freeze development of all other units so that one specific unit can be accelerated. For example, if my tanks are suddenly taking a beating by a couple of helicopters, I can “convert power” to my aircraft deployment station by holding my Move-controlled fist on that station to expedite deployment of my own helicopters in an attempt to gain air superiority.  As a result, most of the strategy of the game boils down to deciding when and where to focus unit development power because once a unit is deployed, they’re more or less on their own. 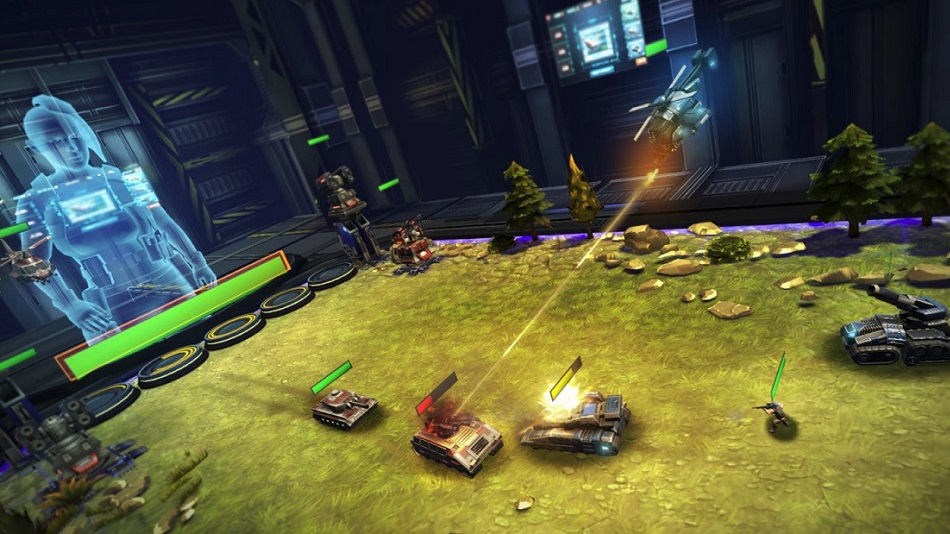 It’s entirely possible that I’m missing out on a major point of strategy in this game, but I don’t think I can be faulted for that.  Beyond telling the player how to calibrate the Move controllers and press a virtual button, LoWVRA does nothing to introduce the player to any of the mechanics or rules of engagement. If there were strategies beyond proper timing of deployment and marginal differences in where a unit begins its march across the board, I was never made aware of them.

In terms of story, there’s not much.  There are several characters the player can choose to play as, but their only real effect on the game is a stereotypically-accented soundbite heard before each match.

At least the overall design of LoWVRA is enhanced by its new virtual reality setting.  Each session placed me in front of a long table, in varied (but inconsequential) settings, with a holographic opponent character standing across from me at the other end.  The experience has all the trappings of two people playing a tabletop board game, and it gave me flashbacks of the memorable ’90s commercial for “Crossfire” and the gameplay felt just as random as that chaotic game.

This is ultimately what playing League of War VR Arena is — standing across from someone at a fake battlefield table, setting down toy soldiers, and watching them haphazardly run into battle like of a bunch of wind-up toys. Rating: 5.5 out of 10

Parents: According to the ESRB, this game is rated T and contains Violence. Although the game simulates battle, there’s nothing graphic here beyond soldiers groaning and falling when they are eliminated.

Deaf & Hard of Hearing Gamers: There are no subtitles, but the audio in no way affects the gameplay.  However, Deaf or Hard of Hearing gamers will not be able to follow what little story there is as it is conveyed entirely via soundbites.

Remappable Controls: No, this game’s controls are not remappable.  However, the amount of controller vibration is adjustable.