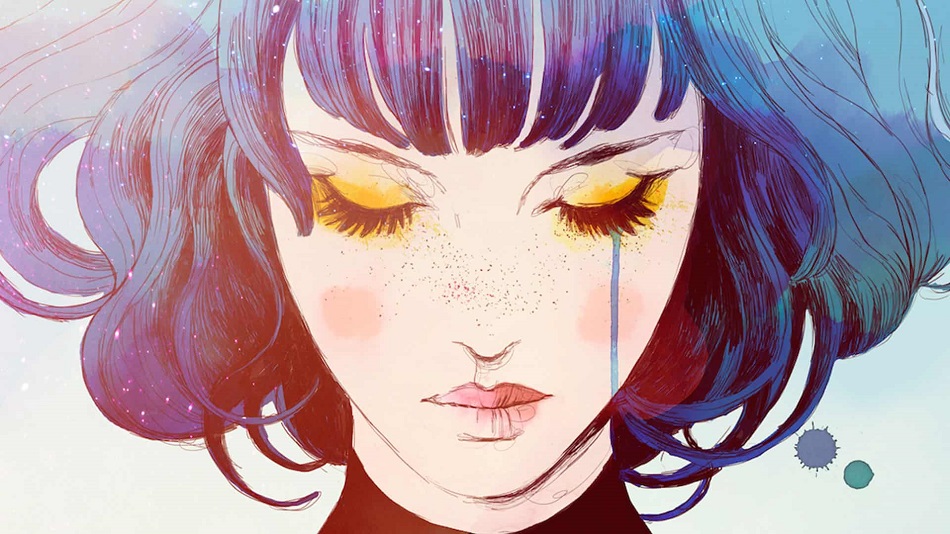 LOW The platforming mechanics are not incredibly deep.

In this first title from new developer Nomada Studios, the player controls a girl named Gris. At the start of the game, she loses her voice and her world literally falls apart. The story follows Gris as she struggles with this loss and sorrow (given shape in the form of her cloak) while attempting to remake her world and regain her voice.

This 2D adventure begins with Gris struggling with basic movements like walking and jumping. She soon starts to gain new abilities like turning into a cube, double jumping, and dashing through water. These abilities are interesting and the devs find some clever ways to use them, but the platforming isn’t particularly deep or challenging. This lack of depth comes from a good place, though, as this work is marketed as one free of death and frustration. 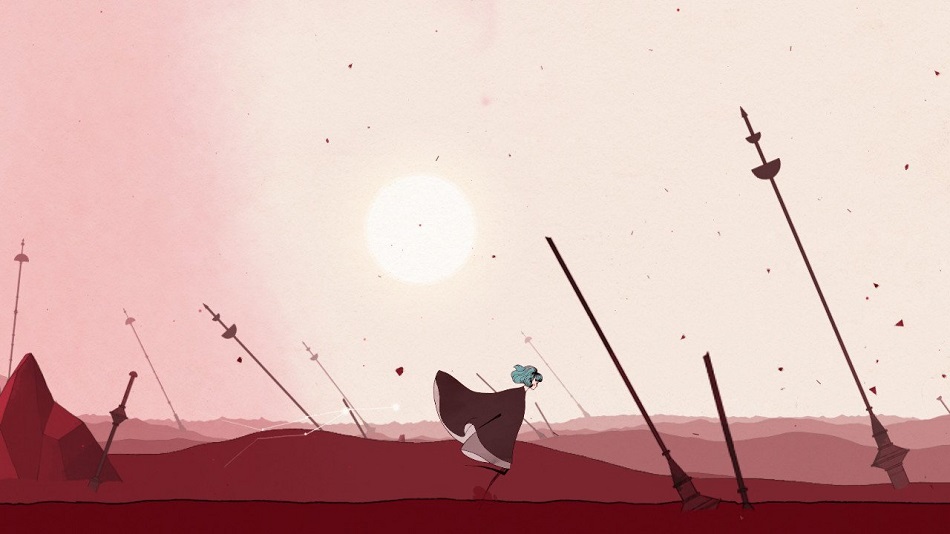 Occasionally a new system is introduced, my favorite being a beam of light that creates a crystal replica of Gris. The most interesting mechanic, introduced in the last section, is when Gris is forced to traverse the environment while upside down. Unfortunately, new mechanics appear only once or twice, and the devs don’t often enforce their use.  As such, the gameplay and exploration is competent and interesting enough, but never quite reaches the same heights as the art style and sound design — from the moment the adventure begins until the credits roll, the art style and the sound of Gris are sublime.

The visuals are smooth with a hand-painted look, and color does a lot of heavy lifting as shifts in the world’s palette mark off each new section. At the beginning, the girl’s surroundings are a hazy series of whites, greys, and blacks, but as things progress, the land becomes awash with vivid colors that bring new life. In interviews, the developers have noted that a lot of the production people who worked on Gris were more artists than traditional programmers or game developers, and it shows in the distinctive art style. 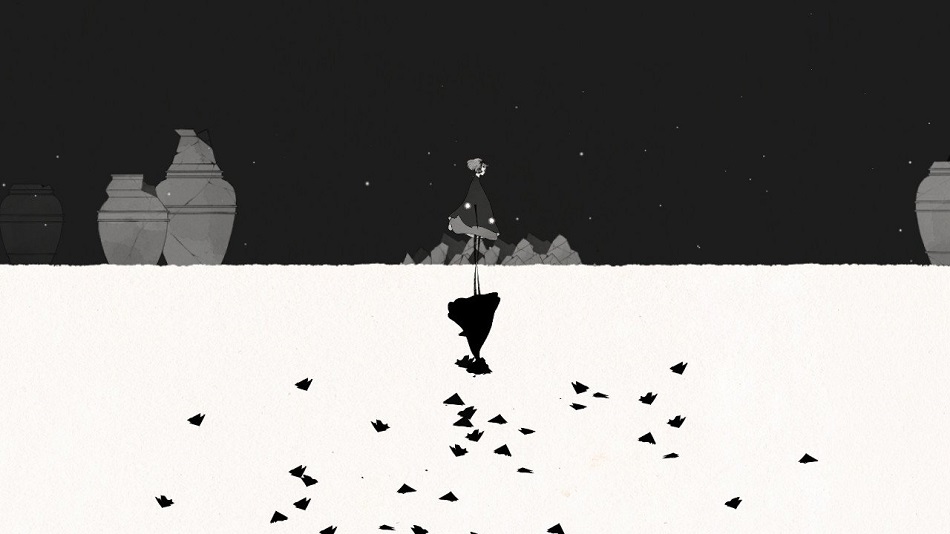 The sound design and the soundtrack (in particular) are also exceptional. Gris includes no dialogue, but the ambient noises of the world give it life and provide insights into the mood and narrative. As the setting changes, the music and audio effects change with it — it’s particularly impressive to hear the muted tones while underwater or below ground.

Gris lacks a narrative in the traditional sense. There are no cutscenes and no dialogue, so the storytelling is tied to the player’s progression. Having said that, the world is full of compelling imagery like the ruins of buildings and broken statues of weeping girls. It’s up to the player to connect this imagery with the gameplay and divine their own meaning. This vagueness will frustrate some, but leaves it open for multiple interpretations, which I enjoy. For me, this ambiguity reflected the confusion of grief and loss which often seem inexpressible. 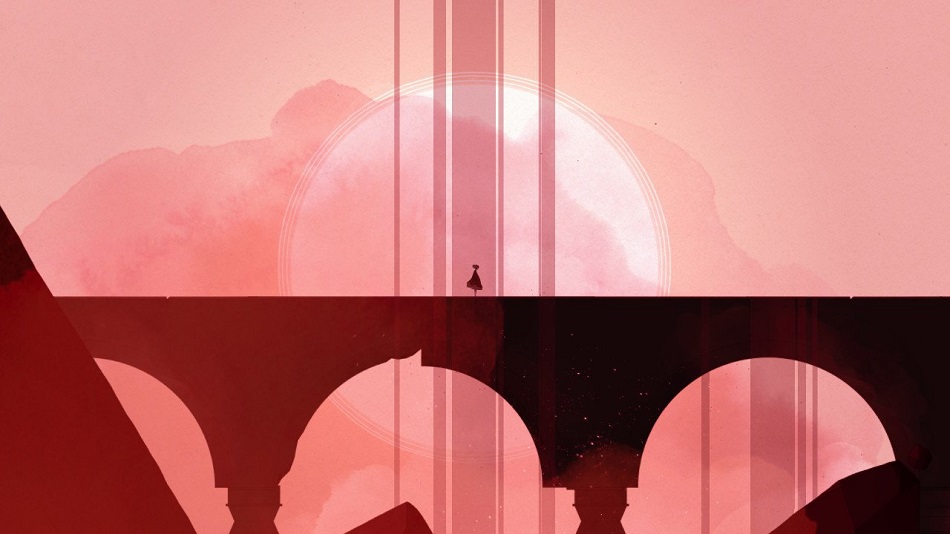 For most of the game, Gris moves through the world alone, lending a somber and solitary feel. Occasionally, though, Gris stumbles upon another creature who often helps her overcome tricky obstacles, and these moments are moving and cathartic. They also add another layer for the player to think through in attempting to understand the message. They are, without a doubt, some of the strongest moments in the entire experience.

While those who need a clear-cut story might leave Gris feeling slightly unsatisfied, I was quite taken with both the presentation and the emotion it delivered — some things are clearly expressed without ever saying a word. Rating: 8 out of 10

Disclosures: This game is developed by Nomada Studios and published by Devolver Digital. It is currently available on Nintendo Switch and PC. This copy of the game was obtained via publisher and reviewed on the PC. Approximately 7 hours of play were devoted to the single-player mode, and the game was completed. There are no multiplayer modes.

Parents: According to the ESRB, this game is rated E for everyone. There is no violence, fighting, or death. The game deals with themes of grief and sadness.

Deaf & Hard of Hearing Gamers: The game includes no dialogue or audio cues. The music and ambient noises are not subtitled. It is fully accessible.

Remappable Controls: No, this game’s controls are not remappable on PC. This game does not offer a controller map diagram. Movement is controlled with W,A,S,D keys. Jump is the space bar. Character abilities are K and L keys.