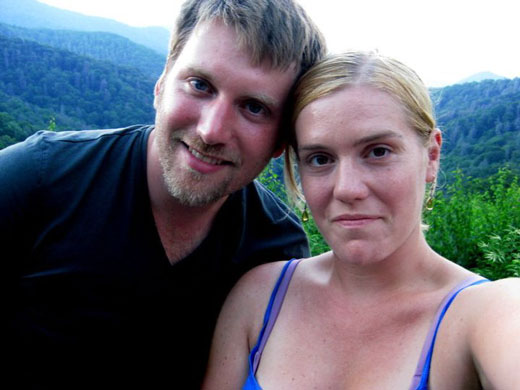 Who are you?
Christopher David Butler Johnson – or Chris for short. 32 years old.

Where are you?
Currently living in Leuven, Belgium (near Brussels)

Where are you from?
Born and raised in Minnesota, I spent a number of years in and around Chicago, with stints in Ann Arbor, Berkeley, and Boston. Minnesota is still home, but in an alien sort of way.

What do you do for a living?
Formerly a political organizer for progressive non-profits, I'm currently doing graduate studies in Philosophy at Katholieke Universiteit Leuven, in Belgium.

What kind of gamer are you?
More solitary explorer than competitor, my bread and butter consists of western RPGs and indie games, both experimental avant-guarde and mainstream. However I do tend to play games across the spectrum.

What games made you into a gamer?
In my childhood, playing Super Mario Bros 1, 2 & 3 was critical. Later in college when I returned to gaming, Baldur's Gate II and Alpha Centauri were important stepping stones. However, it was The Elder Scrolls III: Morrowind which cemented my affections, still my favorite game of all time.

Why do you game?
Many reasons! Primarily, though, as a means to partake in other modes of existence. I rarely play games to "entertain" or for "fun", though I do enjoy them and get pleasure from playing. Rather, the way in which the screen-image and it's aesthetics work are really important to me, as well the worlds engendered. Some of my greatest pleasures are from being immersed in a world, in the same way as I would be in a book or film. Venturing into the unknown and discovery of the new are key.

Who is your video game character soul mate?
Mario. The princess is always in another castle.

Why are video games art?
I'm very sympathetic to "video games as art" since it presupposes a sense of value beyond entertainment and a maturity to the medium. However, I think it's a false notion. Briefly, I think that idea presupposes that games are already like cinema: displaying meaningful performances against aesthetic backdrops, more in the mode of beauty than the good or true, and function as objects of reflection. However, because of video games' intrinsicly interactive essence, they are valuable in a manner different from "art objects". What the "games are, or are not, art" debate misses, therefore, is the third term which is sublimated through the original "either/or" dilemma. Games aren't art, but neither are they not art; rather they are akin to art but create their own space of values and standards of evaluation. Video games are a new form unto themselves, despite their close resemblance to the primary art of the screen: film, as well as to social sports. So while I'm sympathetic to the effects that thinking "video games are art" generate, I don't think it's really formally accurate. Video Games are their own new medium.

What do you love outside of video games?
My girlfriend in Boston, for starters; long distance is tough. Other things I love include the visual arts and music, science fiction literature, philosophy (especially 20th century French thought), craft beer, the Twins and Vikings, cool crisp autumn days, and coffee like tar.

Thanks! It’s difficult to think of the new medium of video games – we don’t have great terms to describe it’s value outside of ‘art’ terms. However, I don’t find the philosophy concerning ‘game theory’ to be that helpful either. Thus the either/or question. Just as in art, especially cinema, as you know, there’s a tendency to see it as ‘not serious’ or as entertainment. However, film has Tarkovsky, et al to point to. We have ours for games too, but they’re less intellectually valued except by gamers.

I think that answer to the “are games art?” question might be the best one I’ve heard.

Awesome! I live in Belgium as well (Brussels), and studied in Leuven 😉