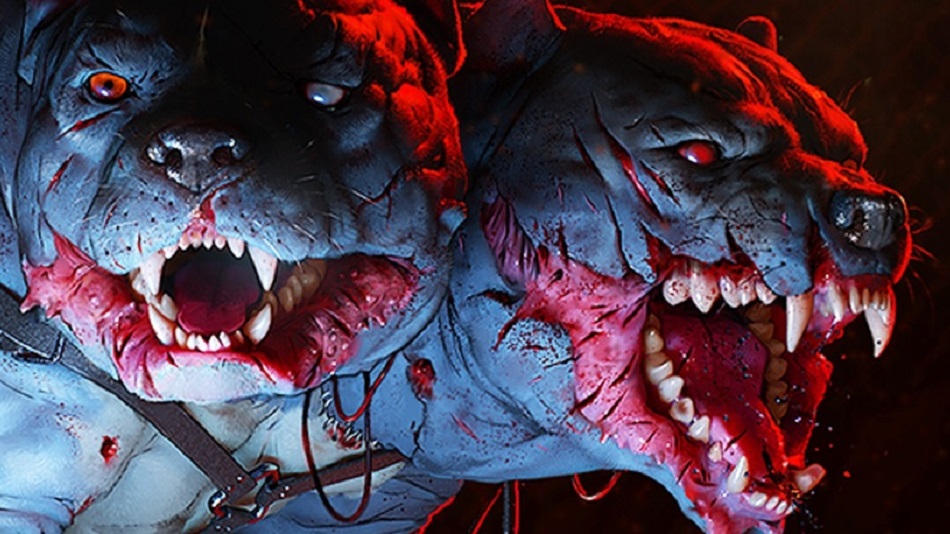 HIGH The old-school aesthetic is pulled off perfectly.

WTF Rats can only be killed by kicking.

Furious Angels, Synthetik, Jydge, Time Recoil, Mr. Shifty, Ruiner, Galak-Z, Neon Chrome. Those are eight twin-stick games currently installed on my PC that are a better use of someone’s time and hard-earned money than Zombie Dynamics’ debut effort, Garage: Bad Trip, and I could list a dozen more without thinking too hard.

Early on in Bad Trip the player character, Butch, is stuck in a doorway (again!) as he’s mauled by a zombie on either side of the entry. Butch dies an inglorious death and is resurrected at the previous checkpoint, where he’s killed instantly by a zombie that spawned directly behind him. Upon reloading again, Butch is once again mercilessly slaughtered by the same zombie.

These asinine exercises in rage-quitting frustration prevent Bad Trip from earning a place among solid twin-stick shooters. It’s a real shame given the tasty scan-line pixel graphics meant to evoke ’80s B-movies and excellent sound design indicate it was halfway there, but the gameplay just doesn’t live up to the eye-popping aesthetic. 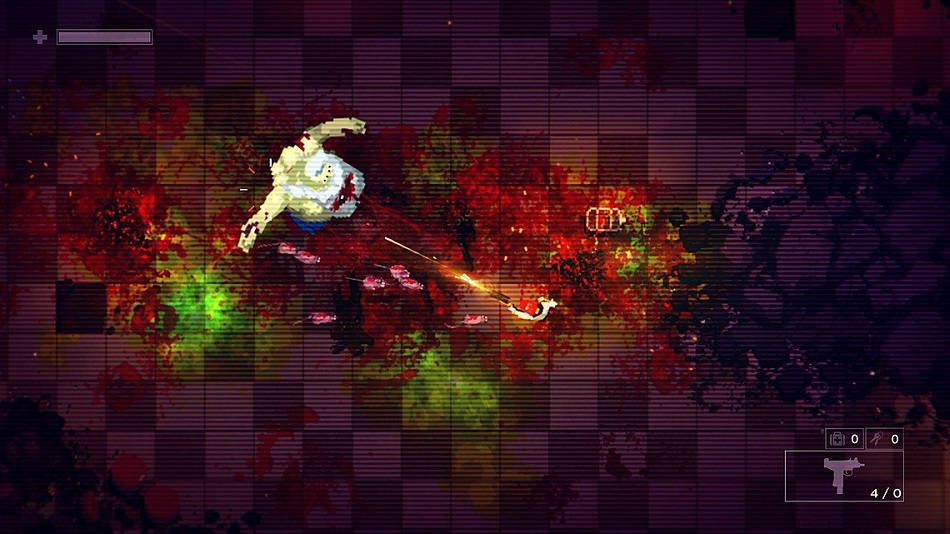 One of the biggest problems is level design. Levels are cramped enough so that the main method of escaping enemies (a well-timed dodge) too often leads to a scenario like the one I described above — the player character clipped into a doorway with no option but to die and restart.

That alone would be egregious but not deal-breaking, but actual combat isn’t without its own flaws. While guns are chunky and fall into familiar categories of rapid-firing crowd control and heavy-duty firearms that fire slowly and accurately, it’s the kicking mechanic that ruins the flow of combat.

Most enemies can be destroyed by guns, but rats must be kicked twice to be killed, and since aiming a kick is more difficult than it should be, rats feel like the hardest enemies in the game. Boss fights are challenging but don’t do much to distinguish themselves from each other outside of an extremely frustrating final encounter that throws all of the game’s conventions out the window. I won’t spoil it, but props to those who get through it with their sanity intact.

The controls are also a problem. They’re not remappable and the controller layout is mislabeled, leading players to believe X uses a medkit when it is actually Y. It’s just another flaw that makes Garage feel unpolished and reminds players that this is definitely the studio’s first game.

While some have praised the narrative, I found it to be entirely forgettable and unnecessary. As Butch, an “ex-drug dealer,” players are tasked with finding and rescuing a girl, and the story plays out mostly via notes scattered around levels and a few cutscenes. It’s not nearly enough to make up for the numerous technical and design flaws.

The twin-stick genre is one of my favorites and I can’t help but take it a little personally that Bad Trip only made half the journey toward being a great game. Here’s hoping that Zombie Dynamics can build on their solid aesthetics and create an experience worthy of such a slick look next time out. Rating: 5 out of 10

Disclosures: This game is developed by Zombie Dynamics and is published by tinyBuild Games. It is currently available on PC and Mac. This copy of the game was obtained via publisher and reviewed on Steam. Approximately 10 hours were devoted to the single-player mode and it was completed. There is no multiplayer mode.

Parents: The game is rated Mature. There is quite a bit of pixelated gore — zombie heads are blasted off bodies, blood is sprayed everywhere and even the poor rats end up as a pile of gross red pixels eventually.

Deaf & Hard of Hearing Gamers: There are no audio cues necessary to play the game, and there is no dialogue during play. All relevant info is conveyed via text.

Remappable Controls: The game’s controls are not remappable, and are also labeled wrong. 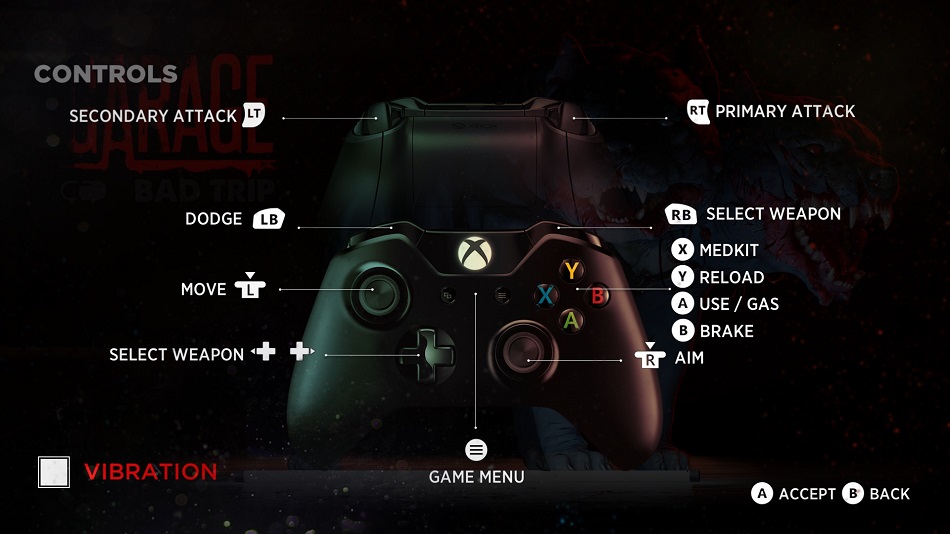