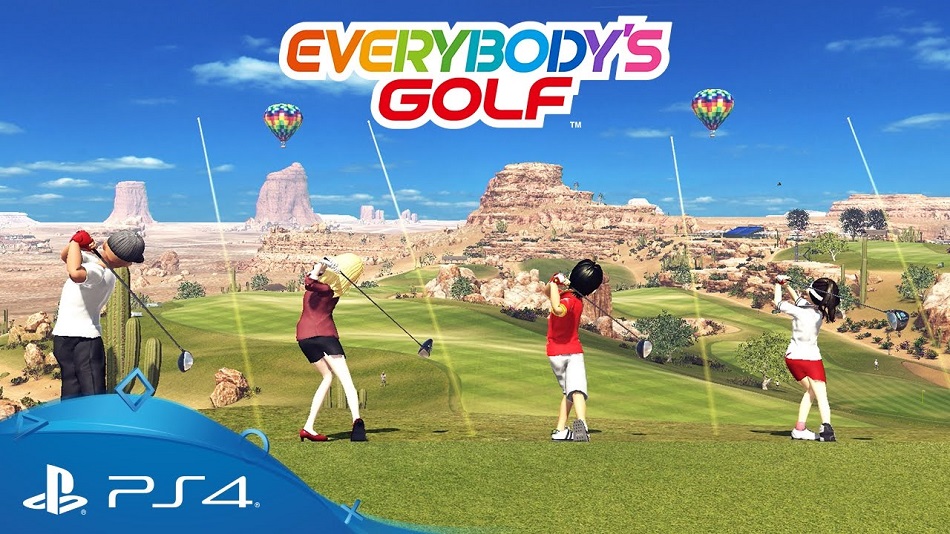 Let’s get this out of the way right now — Hot Shots Golf is a much better name than Everybody’s Golf.

I don’t know why the people at Sony decided (after nearly twenty years!) that it was time for a change when it came to their relatively-popular Chibi golf game. Like Dr. Ivan Robotnik before it, America obviously came up with the better name, and Sony’s need for global brand synergy at the expense of confusion in their biggest market is a puzzling decision. 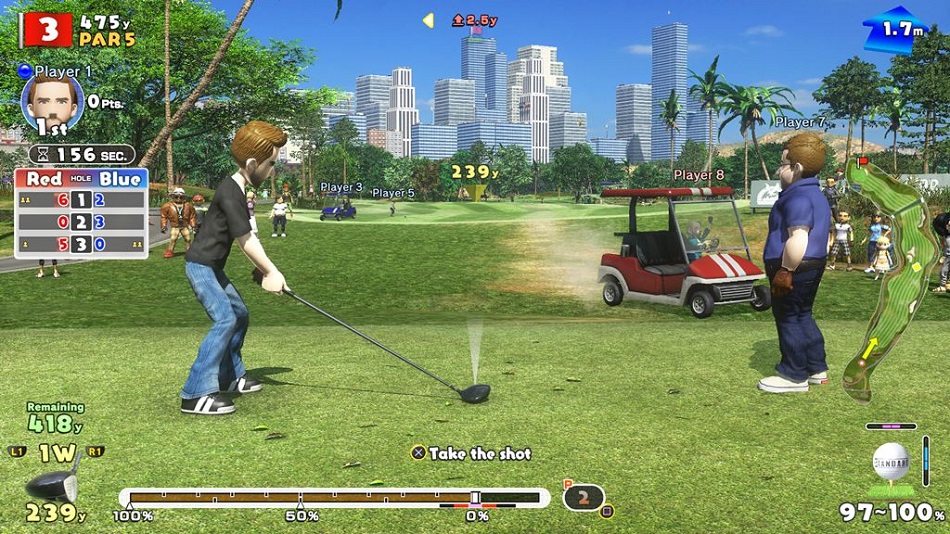 But what’s in a name? Everybody’s Golf has been an accessible, quirky, and highly entertaining sports series for years now. It holds the distinction of being the only Sony franchise that has appeared on every console they’ve ever produced, so the roots run deep. It’s also a franchise that hasn’t exactly seen a bevy of innovation since inception, but it’s been refined to a razor-sharp edge and developer Clap Hanz has spent a few years crafting what seems like their most ambitious entry to date.

Sony offered a beta-test weekend showing a small snippet of what to expect from the full game when it releases in August, and while the golf is as good as it’s ever been, much of the final product remains a mystery even after a couple days of tinkering with it. 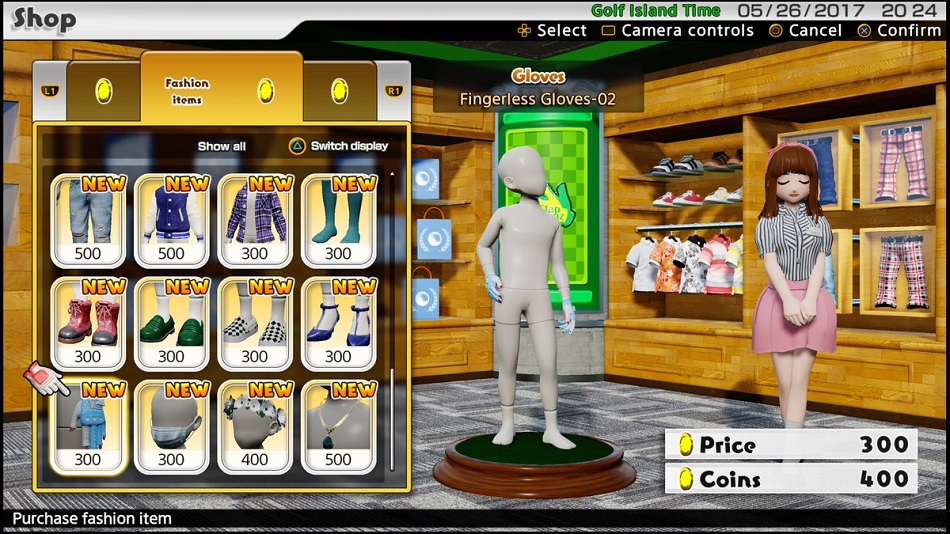 A word that I’ve always used to describe Hot Sh…sorry…Everybody’s Golf has been ‘pleasant’. It’s a relaxing, positive, stress-free series that focuses on everyone having a good time above intricate mechanics. That vibe certainly continues here as long time series favorite Suzuki welcomes the player to Golf Island, where online golfers can get together, meet up on the courses, ride around in a cart, go fishing, and participate in other fun activities I was politely told were not involved in the beta by the very friendly staff. As such, even by free beta-test weekend standards, the offerings were pretty slim. Nine holes and two game modes made seeing everything available possible in about fifteen minutes.

On the one available course, folks can either play solo to nab a high score or enter ‘Turf War’. This mode splits players into teams of two, and they’re then free to run around the golf course while their team competes for the best score on each hole. It can be surprisingly frantic and hilarious to see all of these characters running around while trying to best the other side.

From there, it’s the classic ‘tap X three times’ golf stroke mechanic that still works well today, but those who’ve played the last few entries in the series on PS3 and Vita may be more used to the ‘advanced’ swing that gets rid of the bar in favor of timing presses with the actual swing of the in-game avatar. It was not available in the beta and there’s no word on whether it will make a return — if not, I can see that omission as being a turn-off to longtime players like me. 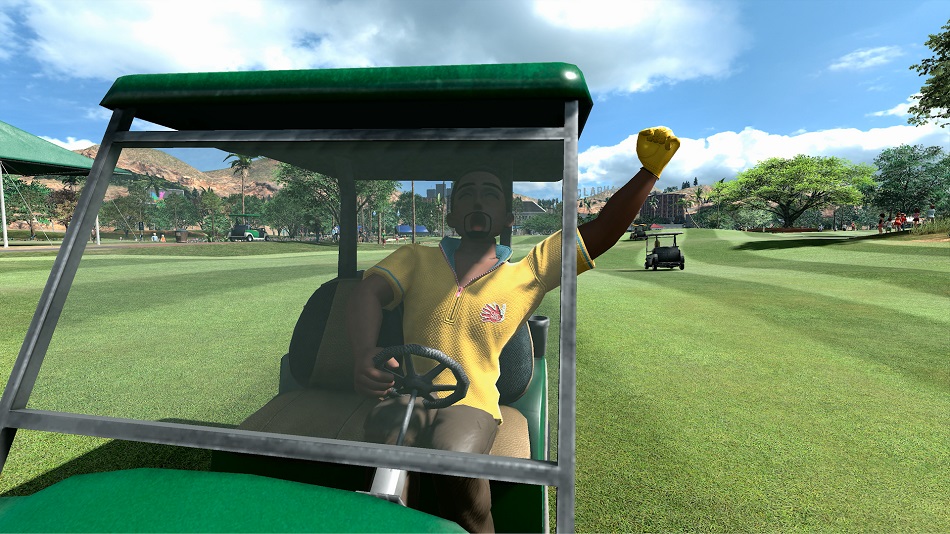 It’s also worth mentioning that the graphics need some work. Of course, it looks fine — don’t get me wrong. It’s bright, cheerful, colorful, and the other things one would want from a new Everybody’s Golf, but players looking to show off their 4K display with a fancy new PS4 Pro won’t find this to be a showpiece. The characters in particular are rather… uninspired. The eyes and mouths are painted-on in a style popularized a couple of console generations ago, and compared to the expressive characters of even the PS3 version, it’s hard not to be disappointed that the developers went this route.

After the small taste I had of the beta, I still have a lot of questions — Will the single-player feature the structure of the original titles? Will the advanced swing mechanic be a part of the final product? How prevalent will the Golf Island motif of this multiplayer test be integrated into the rest of the game? While the beta’s online hub world is intriguing, what I saw was so small and incomplete that it becomes difficult to tell if it will be a positive or negative due to the potential for such a hub to become cumbersome and redundant.

While I still need answers, here’s what’s certain — Sony and Clap Hanz have maintained a very high level of quality for this series (no matter what it’s called) for a very long time. The closed beta offered this past weekend showed that these core mechanics are still as rock-solid as they come, and after it ended, I was left hopeful and interested in playing more, even if the question marks that remain leave me a little worried.

I read the first two paragraphs and rolled my eyes!