Seeking God, Because It Needs The Help 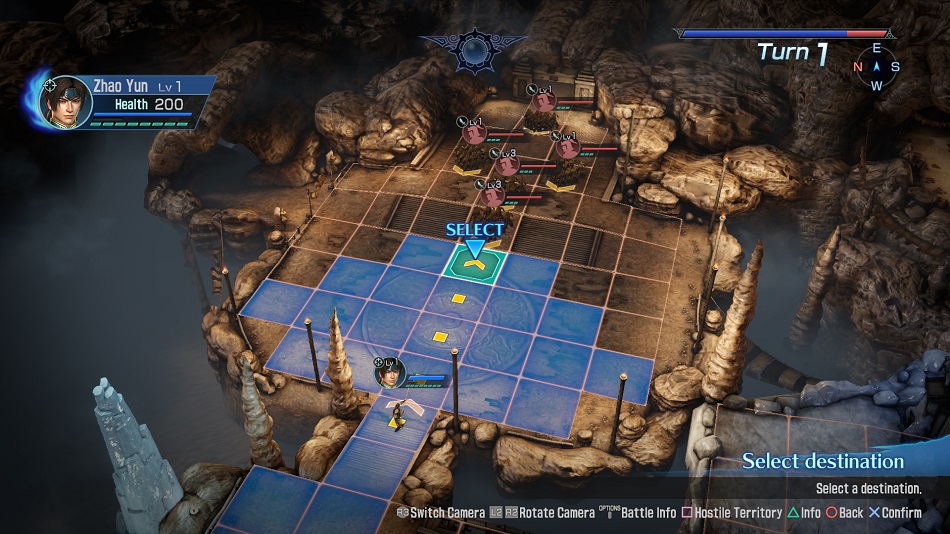 HIGH A good translation of Dynasty Warriors into a turn-based strategy game.

WTF If there’s going to be touch control support, do it right!

I’ve been a fan of the Dynasty Warriors series since the second installment from 2000. Offering large-scale maps with hundreds of enemies for the player to wade through was unique during the PS2 era. Koei and Omega Force proceeded to churn out sequels with minor tweaks, and there have been highs and lows over that period. Among the worst? Most of the handheld versions.

The attempts to translate the huge battlefields and frenetic combat simply don’t work on smaller systems, and it’s understandable – the engine Omega Force uses is creaky and struggles to avoid pop-up on systems that should be able to handle that kind of computational heavy lifting. Lesser machines have no chance.

There have been some attempts to keep the gameplay intact while paring things down for the PSP and 3DS, but they’ve consistently failed to capture what makes Dynasty Warriors enjoyable. So, as I booted up Godseekers on Vita, I was expecting another standard entry crowbarred onto an ill-fitting platform. However, I was pleasantly surprised to find that it’s actually a turn-based strategy game that makes a decent stab at replicating the feel of the series in a different genre.

The player is given control of good guy Zhao Yun (a poster boy for the series) and up to four other characters on tiled terrain with other friendly and enemy units. There’s a focus on managing each warrior’s stamina while trying to build up various meters — it’s a bit too detailed to get into for this review, but the system imitates proper DW well, with the player’s characters influencing battle as an almost unstoppable force. As in the source material, the player needs to wipe out weaker units to build themselves up to take on enemy officers and heroes. Built into each battle are a set of challenges like ‘defeat X number of units within Y number of turns’ or ‘activate ability with Z number of warriors’, and this feeds into playing Godseekers at a quick pace. 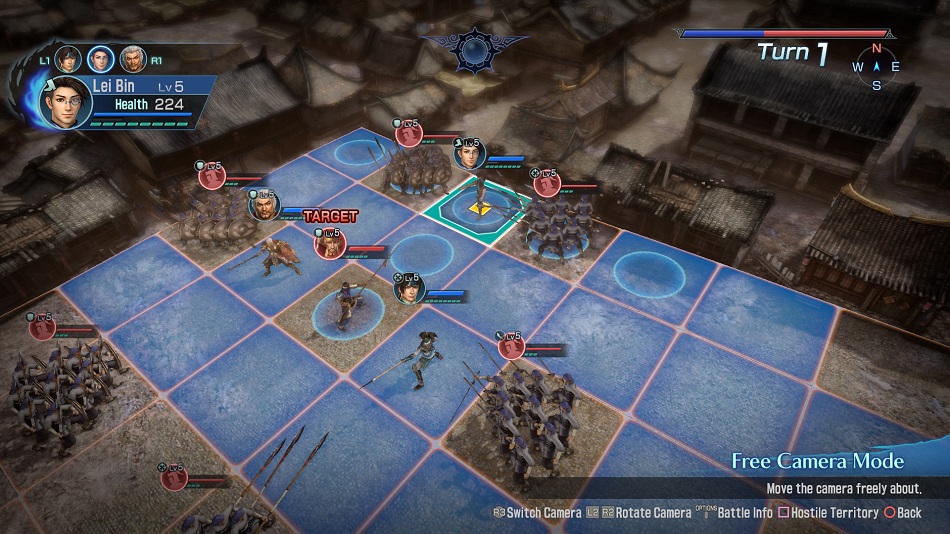 This design is refreshing because traditionally, there’s a common tactic in turn-based strategy games that encourages building up resources and playing defensively. Godseekers avoids that because attacking is the only way to build the resources available. It helps the game stand out, and simultaneously keeps it true to what Dynasty Warriors is famous for — tons of combat played at breakneck speed. Unfortunately, this dogged faithfulness means it retains many of the same issues.

Being charitable, the storyline and script are… tonally consistent with the other installments. Honestly though, it’s utterly forgettable nonsense about magic orbs while also loosely retelling the ‘Romance of the Three Kingdoms’ storyline for the millionth time. It has historical Chinese figures saying things like ‘whoa’, ‘awesome’ and ‘cool’, which will either endear or irritate depending on what kind of fan is coming to the series. It did nothing for me.

Another tradition that Godseekers follows is that it isn’t a particularly challenging game. I spent most of my 30-plus hours on Hard and only lost two battles, and both were because an NPC I was escorting got killed.

The game is huge — there are dozens of warriors to unlock, there’s a comprehensive skill tree for each of them, weapon crafting, and scenarios that unlock after beating story missions or meeting specific requirements. Unfortunately, being huge is not a saving grace when the play isn’t challenging. Godseekers tries to mix things up by introducing specific objectives that have time limits, but when the mechanics already encourage aggressive play, it doesn’t work. By about halfway through the game, I felt like I was grinding through levels just to see what the next unlock was — rather than being actively engaged, I was just going through the motions.

When all’s said and done, there’s a lot here to love for fans of Dynasty Warriors and all things Musou. Unfortunately, fans of turn-based strategy should probably look elsewhere — with difficulty that turns the campaign into a sedative, I can’t recommend Godseekers unless all other options have been exhausted. Rating: 6.5 out of 10

Disclosures: This game is developed by Omega Force and published by Tecmo Koei. It is currently available on PS Vita and PS4. This copy of the game was obtained via publisher and reviewed on the Vita. Approximately 35 hours of play were devoted to the single-player mode, and the game was not completed. There are no multiplayer modes.

Parents: According to the ESRB, this game is rated Teen and contains Violence, Suggestive Themes, and Alcohol Reference. Despite the violent premise of the game, there’s no real death as defeat results in characters either being knocked out or retreating. Characters do drink and it’s celebrated as a way of bonding between friends. The female characters are often dressed in revealing fashion.

Deaf & Hard of Hearing Gamers: All gameplay is accessible without sound, and all cutscenes provide subtitles

Remappable Controls: No, this game’s controls are not remappable. The touch controls can be turned on and off.