In Space, No One Can Feel You Dream 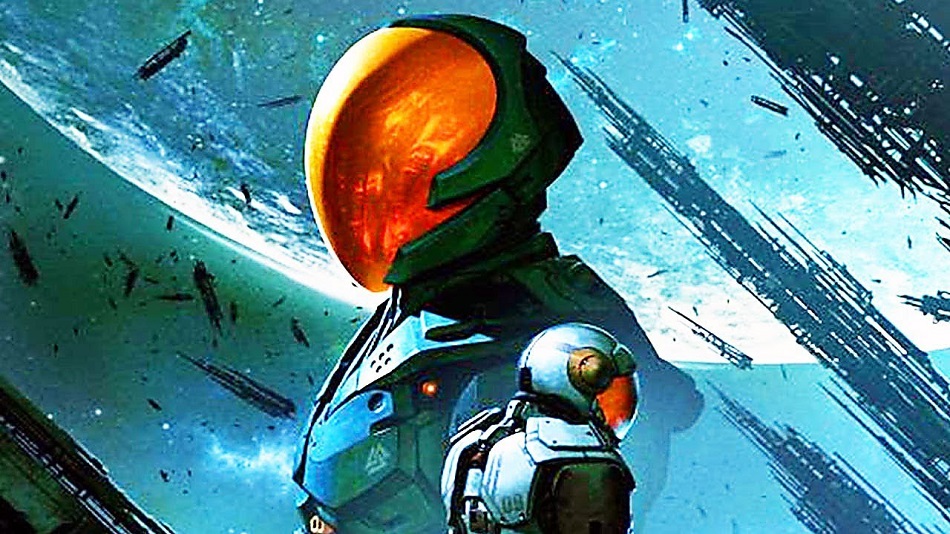 HIGH The frantic trepidation of wondering whether I have enough fuel and oxygen.

WTF I don’t understand why these pirates want to kill me so badly.

As a physicist, I began my undergraduate studies with a singular motivation — I dreamed of going to space. Some nights I’d leave the lab at 3AM, look up at the night sky in awe of the fact that it was physically possible for humans to go up there, and I’d tell myself that one day I’d be up there, too. As I grew older my life and career goals changed. My dreams of becoming an astronaut waned, and I began to accept that I would never float around a space station like Sandra Bullock in Gravity… until Anshar Studios released Detached.

With my PSVR helmet on, I became an astronaut in deep space, separated from my ship and crew in the middle of an asteroid field, and the beginning of the experience hammers home an important lesson about physics and locomotion in space —  an object in motion stays in motion unless acted upon by another force.  That meant that if I began to roll, I wouldn’t stop rolling unless I applied a force to roll in the opposite direction.  If I began to propel myself forward, that forward motion would continue even if I released the thrust or attempted to move to the side. 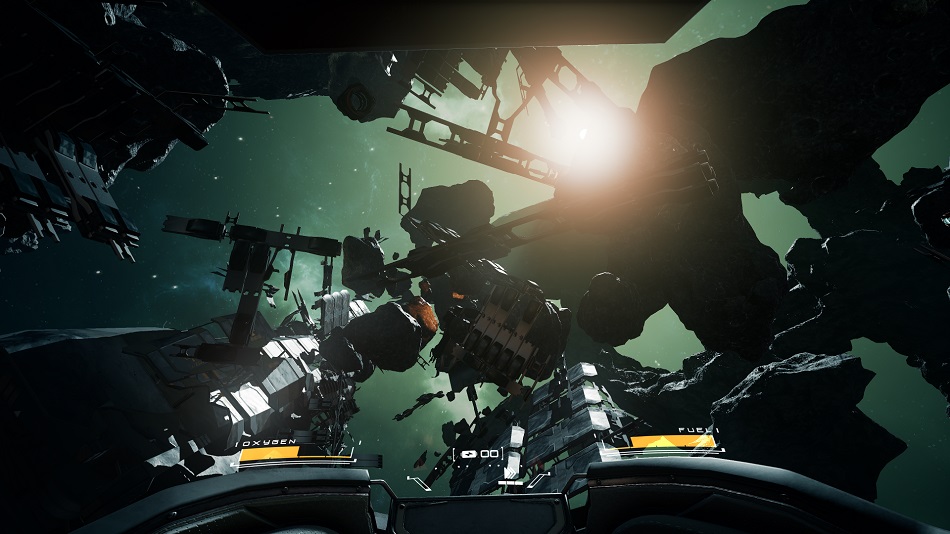 All of this might sound obvious, but it’s paramount to success in Detached.  Luckily, with multiple control schemes and various comfort and ‘realism’ settings, it was possible to get my bearings in a relatively short time.

I opted for simulation controls instead of the default “arcade” settings, and I bring this up because the increased complexity of this particular control scheme greatly enhanced the feeling I had of being in space — it was the difference between feeling like a spacecraft moving with purpose and feeling like a human barely in control of where they’re going. The former can make for an entertaining experience, but the latter, however, is thrilling. Within the first ten minutes of play, I was drifting between asteroids, slowly spinning and gliding towards my next destination while the light from the nearest star cast shadows in my helmet and along nearby wreckage.

The core gameplay consists of flying from module to module along the space station with the goal of rebooting or recalibrating components while collecting fuel, oxygen, and batteries along the way.  Each task basically involves approaching a panel and hitting X, but wrinkles are thrown in to keep it from feeling too repetitive.  At one point I was playing hide-and-seek with an enemy space pirate’s drone in the wreckage of a large frigate.  Another section had me racing against a nuclear reactor in order to release control rods before a meltdown. All of the tasks were manageable once I developed the ability to move with precision and speed, but Detached wasn’t without frustration. 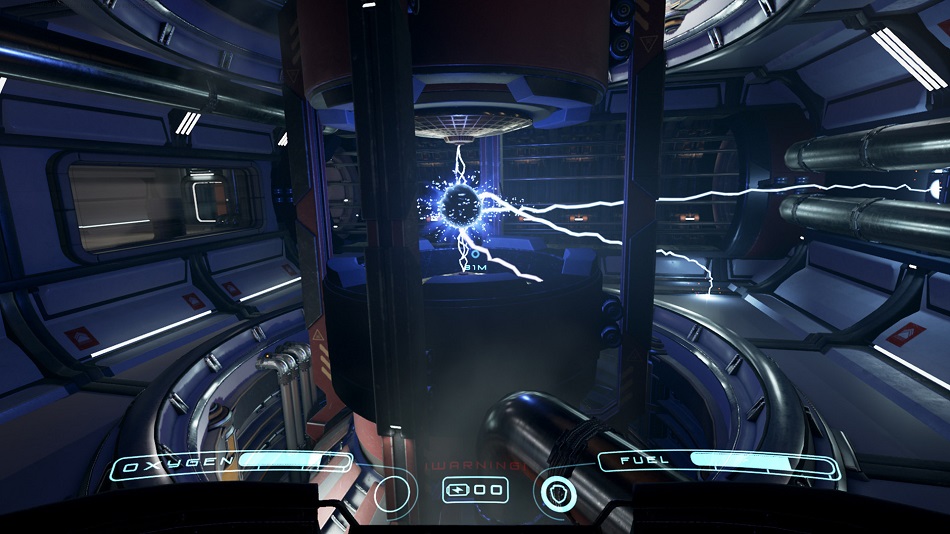 Oftentimes I was wondering what exactly it was I needed to do to progress. For example, I was told at one point by a member of my crew that he was in the med bay. However, Detached gave me no indication of where the med bay was, or even if it was in my current area — I had no idea how I was supposed to retrieve him. In the penultimate level, I spent an extra hour or two floating along and depleting my fuel and oxygen supply in search of where to go next, when I was supposed to interact with a generic environmental object.

Such frustrations were compounded by odd checkpointing that had me repeatedly completing huge stretches of levels that I would only fail in the last thirty seconds. This, along with some long loadtimes resulted in me beating my head parts of the adventure, made worse by wondering if I was even supposed to completing the task that was frustrating me. Ultimately, these rough patches were only a small part of an otherwise exciting and fluid experience, but they’re worth noting.

Fortunately, not even the rough patches could shake the shine off of the gift that Detached had given me. The likelihood that I will ever board a spaceship in real life decreases with each passing day as the responsibilities of adulthood tether me to the ground,  but at least now I can load up Detached, put on my helmet, and dream my dreams again. Rating: 8 out of 10

Parents: According to the ESRB, this game is rated T and contains Fantasy Violence and Language.  The game is rather kid friendly with only one or two instances of “adult language.”  The greater concern lies in the high potential for motion sickness and the existential crisis of floating in space and running out of oxygen.

Deaf & Hard of Hearing Gamers: For most of the game sound is not required. Subtitles or readable materials are present for any necessary information. In one instance, there is a drone that you can locate via sight and sound.  They are easily seen as their scanning lights are noticeable, but in a situation wherein one has snuck up on you, it would be difficult to know that they have seen you until you get the visual notification of being “Targeted.”

Remappable Controls: No, this game’s controls are not remappable. There are two different control schemes, but they are not adjustable.. 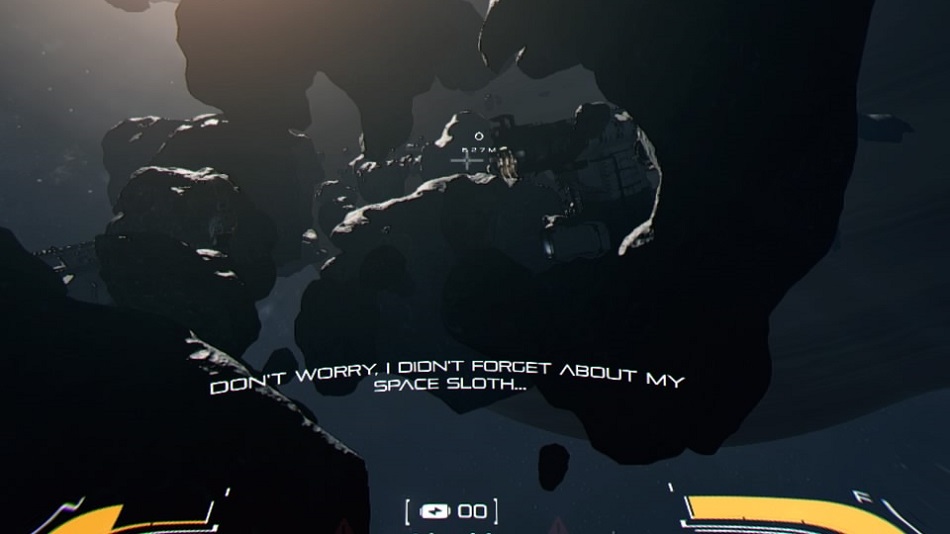 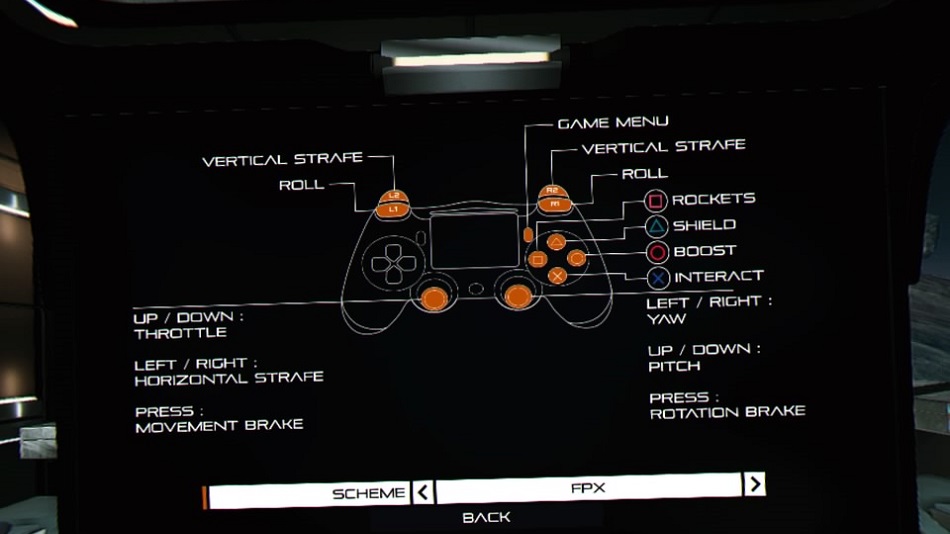 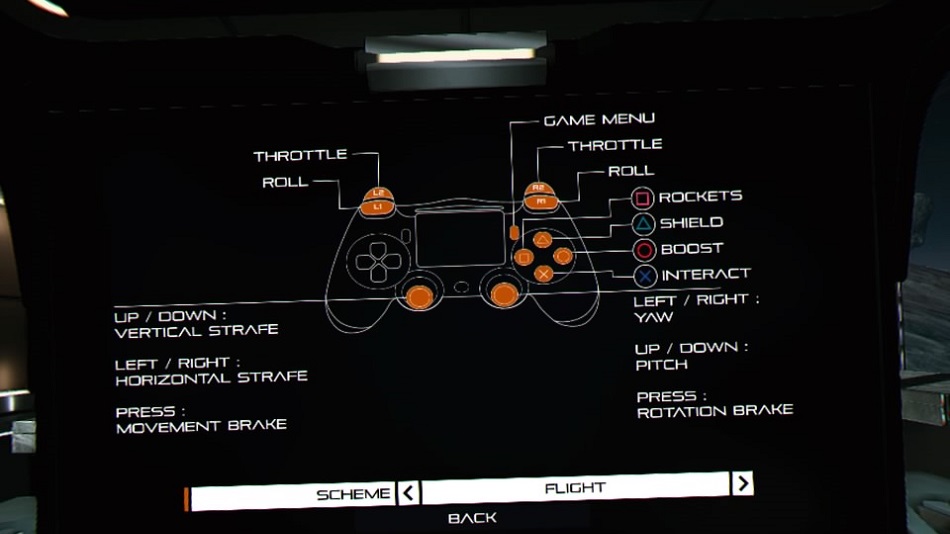