An Odyssey Worthy of Zeus 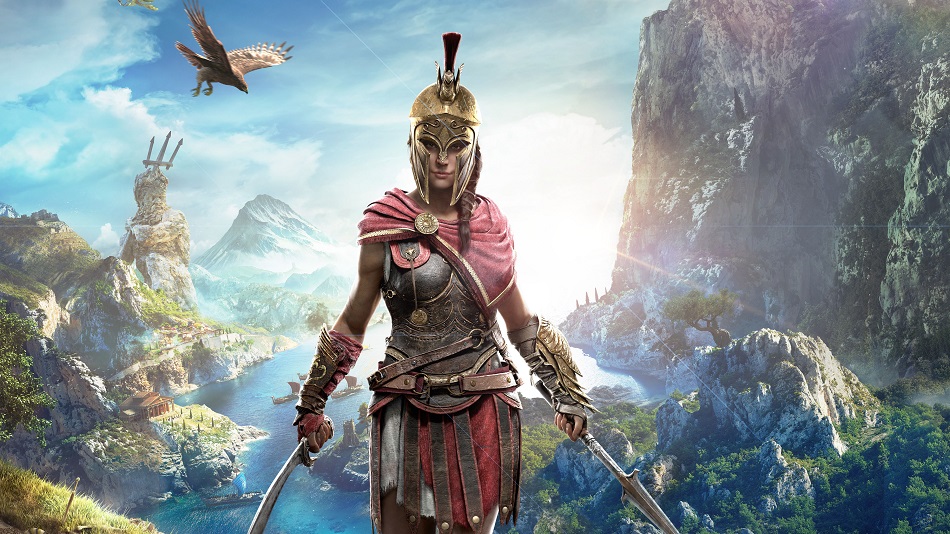 HIGH Kassandra is the one of the best game protagonists in recent years.

Assassin’s Creed Odyssey is set in ancient Greece during the Peloponnesian War nearly 400 years before the events in Origins. It is an ambitious, open-world role-playing game (RPG) and a jarring departure from the formula that has marked Assassin’s Creed for years. Its ambition is most apparent in the sheer scale of things. It’s absolutely massive — the largest world in AC to date. After 65 hours of playtime, I still have yet to complete the central story and parts of my world map remain entirely unexplored.

Ancient Greece is a wonderful setting and the vastness of Odyssey’s world is matched by its vibrancy. It’s full of stunning vistas, dynamic weather and seas and forests that are teeming with wildlife.

Within the cities of Odyssey I found lovers embracing, shopkeepers bartering, and worshippers singing the praises of deities. At one point I came across a young child audibly crying in the street. Assuming that this must be tied to a quest, I frantically searched for people and things to interact with in an effort to comfort the child. To my surprise, there was no quest – it was just a sad child that I could do nothing to comfort. Details and experiences like this help bring the world of Odyssey to life in a way that’s beautiful, believable, and a tad bit frightening. 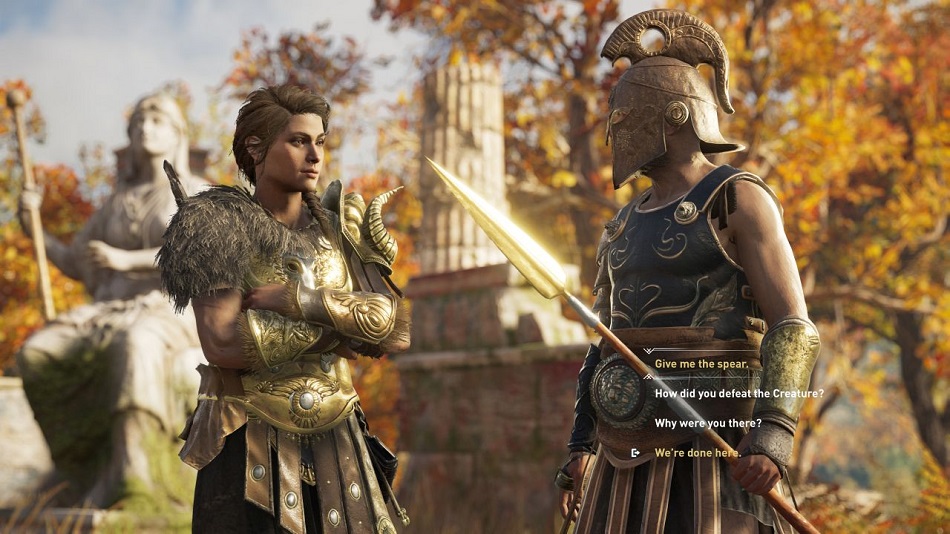 Choosing to set the game during the Peloponnesian War means that all of the events take place centuries before Bayek forms the order of assassins in Assassin’s Creed Origins. As such, the struggle between the templars and the assassins that has marked the earlier entries is nowhere to be found in Odyssey — instead, it shifts into a fully-fledged RPG, bringing with it dialogue options and meaningful player choice.

The first choice is deciding on a protagonist — either Kassandra or Alexios. Gameplay remains the same no matter which is chosen, but that doesn’t mean that the choice is unimportant. As a character, Alexios is fine (if a bit one-note) but it’s Kassandra who truly shines. Melissanthi Mahut provides voicework and motion capture, and she delivers a remarkable performance that helps make Kassandra my favorite AC protagonist to date.

Drawing inspiration from its literary namesake, the central story of Odyssey follows Kassandra (or Alexios) on a long, winding journey home. I won’t spoil anything, but suffice it to say that the divergences it makes from the Homeric epic are brilliantly done. The story is well-written, frequently funny, and at times poignantly tragic. The story also places high value on player choices. At one point, a particular event turned out poorly due in large part to a decision I made almost twenty hours prior.

While the story is excellent, it’s not one players can move through quickly. Each of the main missions come with a recommended level, and “recommended” often means necessary. As such, exploring the world and completing side quests are required to finish the game. 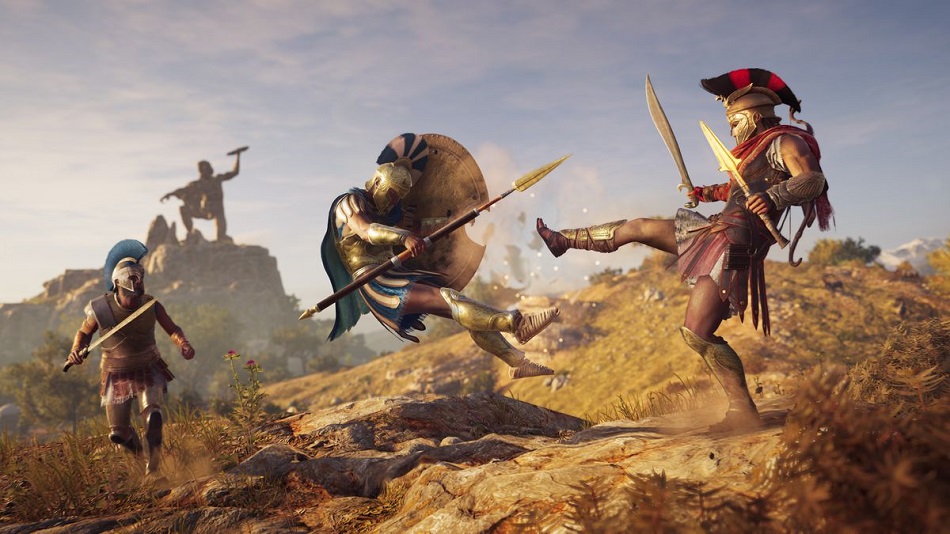 Thankfully, most of the sidequests are unique and interesting. One memorable quest sees Kassandra assisting an elderly woman whose husband is having trouble keeping up with her libido. Kassandra must gather materials to create an elixir that will give her husband the energy to meet his wife’s needs. The quest ends with the husband insisting he won’t drink the vile elixir, and Kassandra is then given the opportunity to try her hand at satisfying the woman. It’s hilarious and engaging in a way that earlier Assassin’s Creed never quite achieved, and Odyssey offers many more like it.

Of course, many quests call for combat, and in Odyssey it’s fast-paced, dynamic, and exciting by doing away with the shield from Origins in favor of a dynamic parry and dodge system. This new system is joined by skill trees which allow players to equip Kassandra with a series of cooldown abilities that change combat in significant ways — players can stun enemies, remove shields, perform powerful unblockable attacks, and the like. It keeps things fresh the entire time.

If there’s a downside to the experience, it’s that the abundance of systems can feel overwhelming. Enjoy the ship combat in Assassin’s Creed Black Flag? Odyssey brings it back. Big fan of the nemesis system in Lord of the Rings: Shadow of Mordor? Odyssey takes a shot at this with a “mercenary” system. Want to know more first civilization stuff? There are quests for that. All of these elements work fine enough, but generally give an overstuffed feeling. Odyssey wants to be all things to all players, but it’s a nearly impossible goal to achieve.

Odyssey is a sprawling, lively open world with exciting combat and a truly incredible protagonist, and as the series’ first full venture into RPG territory, it’s a stunning game that promises to shape the future of both the Assassin’s Creed series and open-world games as a genre.  Rating: 9 out of 10

Disclosures: This game is developed by Ubisoft Quebec and published by Ubisoft. It is currently available on PS4, XBO, and PC. This copy of the game was obtained via paid download and reviewed on the PC. Approximately 65 hours of play were devoted to the single-player mode, and the game was not completed. There are no multiplayer modes.

Parents: According to the ESRB, this game is rated M and contains Blood and Gore, Intense Violence, Sexual Themes, and Strong Language. Large splatters of blood occur during combat. Some cutscenes feature intense violence like someone being stabbed or thrown from a cliff. Player has the option to sleep with various characters. Sex is implied but never shown. Sexual moaning is audible behind a door. Characters say f**k and s**t numerous times during the game.

Deaf & Hard of Hearing Gamers: Audio cues alert player when they are detected while sneaking. This is paired with a visual cue. During fights visual cues indicate who will attack you. While sailing audio cues indicate when loot is nearby and there is no accompanying visual cue. The songs your crew sing while sailing are not subtitled. Subtitles may be resized but are always white. Subtitles have the option to add a background. 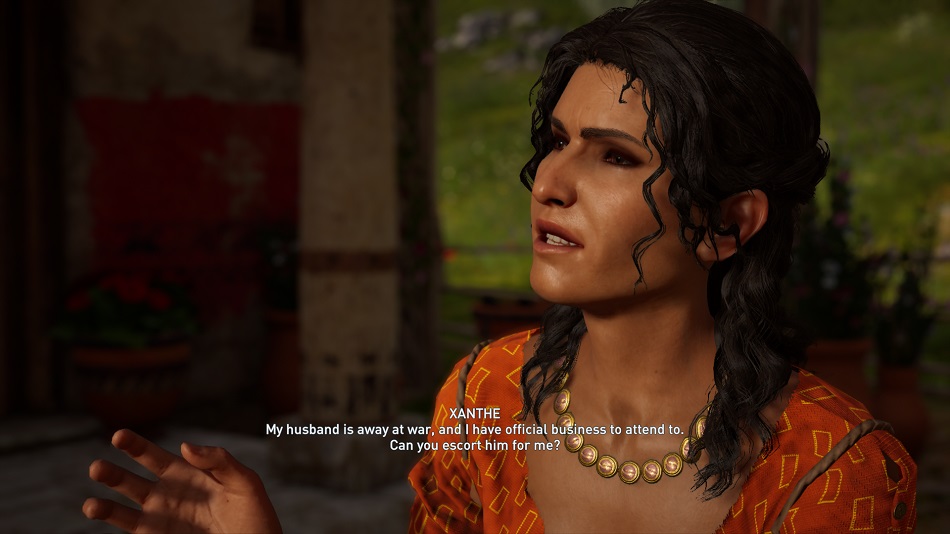 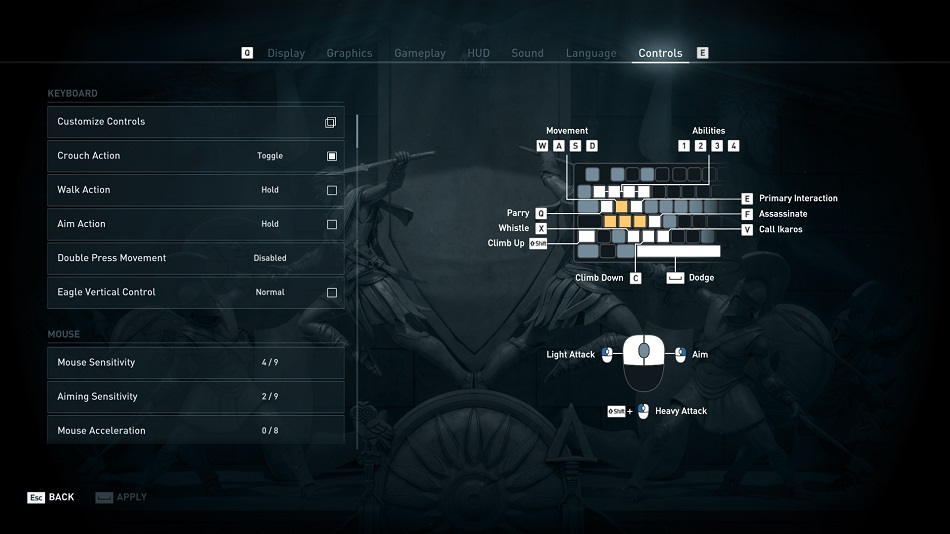 When I started playing, I noted that it seemed exactly the same as Origins, which was somewhat surprising given the dynamic changes from Black Flag to Unity to Syndicate to Origns.

Yet the more I play, the fewer complaints I have compared to Origins. It’s really clicking for me and I’m not really sure why.