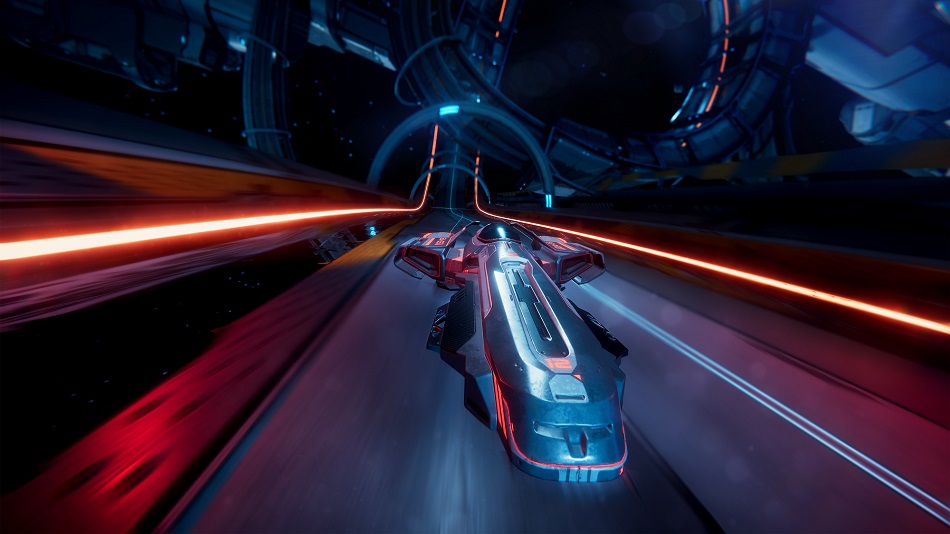 HIGH The insane sense of speed and beautiful graphics.

WTF The tutorial automatically loads every time the game starts.

The allure of Antigraviator is powerful — a beautiful anti-gravity racing game in the spirit of Wipeout and F-Zero but with no speed limit? Sign me up!

Sadly, this new racer from Belgian team Cybernetic Walrus nails the look but misunderstands the spirit of its forebears by making a couple of major missteps that make this the most frustrating racing experience I’ve encountered in quite some time.

Things start out in promising territory with a tutorial immediately throwing the player into one the game’s 15 tracks. The first thing anyone will notice is just how damn fast it is, and faster still when players hit one of the many speed boost plates scattered around each course. While there does seem to be an upper speed limit, things move very fast and I doubt anyone will be disappointed with this aspect.

Once players begin in earnest, they compete in tiered leagues to earn money used to buy entry into higher level leagues and upgrades for ships. It’s pretty standard stuff until players realize just how many hours of grinding are required to buy anything, and with no story or purpose beyond the need for better gear to drive players forward, momentum stalls quickly. 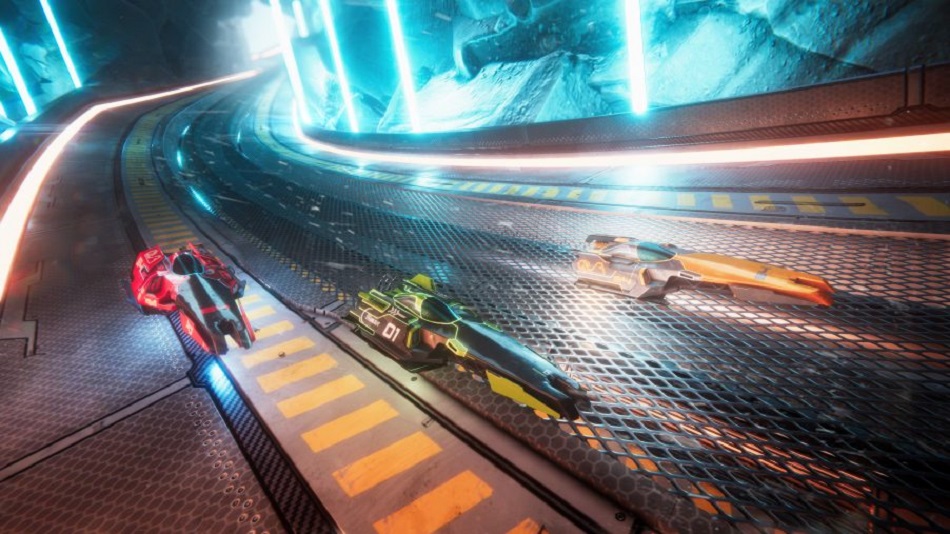 Perhaps the drive to upgrade ships would be greater if there was anyone to race, but the multiplayer scene is virtually nonexistent, and one possible reason might be that the base price of entry (at the moment) is more than double the cost of other similar, better racers available on Steam.

Another strike against Antigraviator is that the courses simply aren’t designed well. While the city, desert, jungle and space locales look stunning, the layouts are poorly conceived for the high speeds players will be zipping around at, making anticipating turns and lining up boosts almost impossible at times. This would be unfortunate (but tolerable) if everything else were airtight, but the airbrake and barrel roll ability don’t give players enough control to keep them from hitting the wall.

There’s also a “trap” system here that just might be the worst part of the experience. Traps are spread around the track and can release hazards like a missile attack or rockslide. Players may only trigger a trap if they’ve hit enough energy nodes (the same things that charge boost) and may only attack the ship directly in front of them if it’s near the trap.

Unfortunately, when triggered by other players the hazards often fill the screen or appeared directly in front of me, causing an unavoidable loss of momentum that can turn the tide of a race, regardless of skill. It’s a baffling design decision that highlights inexperience of the team — they’re apparently all design students in (or fresh out of) college. Instead of creating these poorly-conceived traps, the dev time would have been better spent tightening up the controls and tracks.

Antigraviator is the kind of game that disappoints by showing the bones to be a great experience, only to fall short of its lofty goals in nearly every aspect. Rating: 5 out of 10

Disclosures: This game is developed by Cybernetic Walrus and is published by Iceberg Interactive. It is currently available on PC. This copy of the game was obtained via publisher and reviewed on Steam. Approximately 15 hours were devoted to the single-player mode. I could not connect to anyone in multiplayer.

Parents: The game is rated E and no information was available at the ESRB website. This is a futuristic racing game with no blood, gore, nudity or salty language.

Deaf & Hard of Hearing Gamers: There are no audio cues necessary to play, there is no dialogue in the game, and the text is not resizable. It is fully accessible.

Remappable Controls: The game’s controls are not remappable. 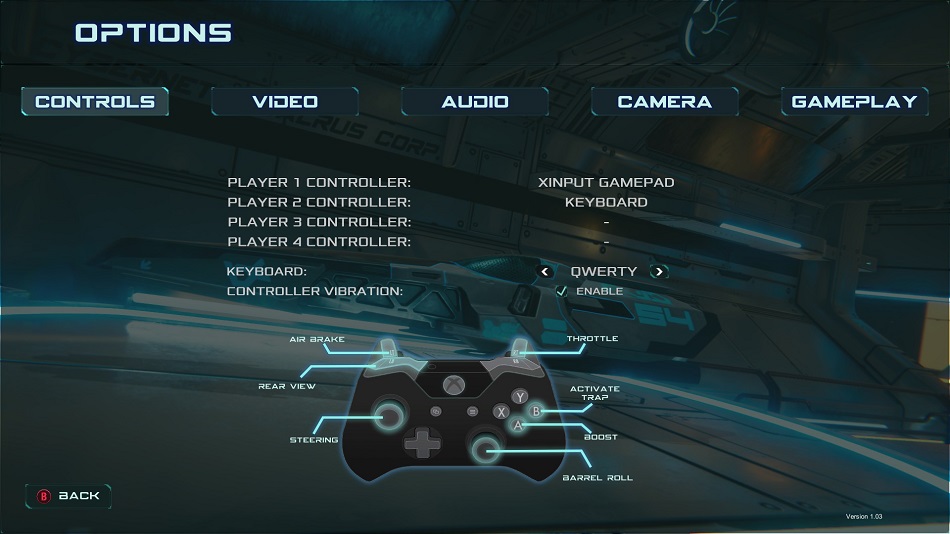 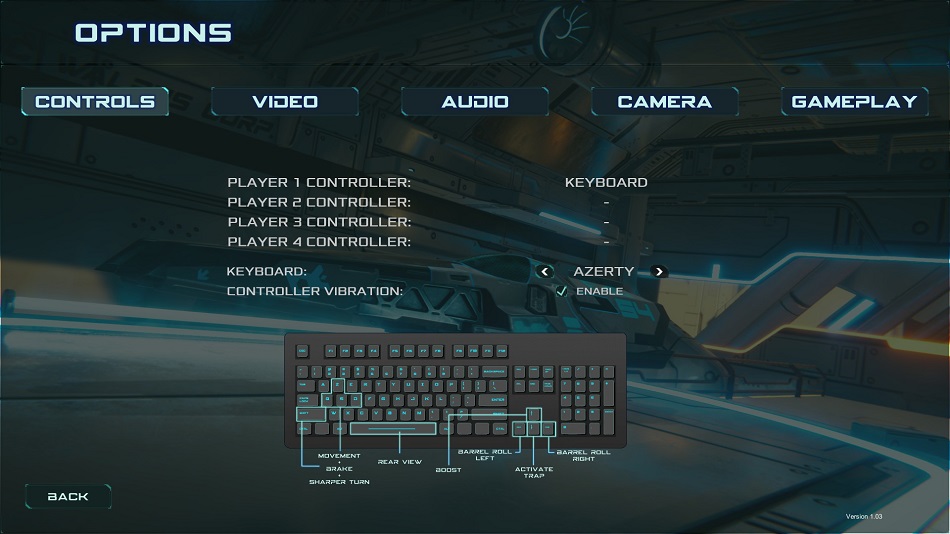