As a Deaf gamer, little is more disappointing to me than eagerly anticipating a new title, getting caught up in up how amazing it will be while I wait for release, and then being majorly let down by accessibility issues when it’s finally out. This has happened countless times, and it always seems to crop up with games I’m anticipating the most. However, some games get it right! 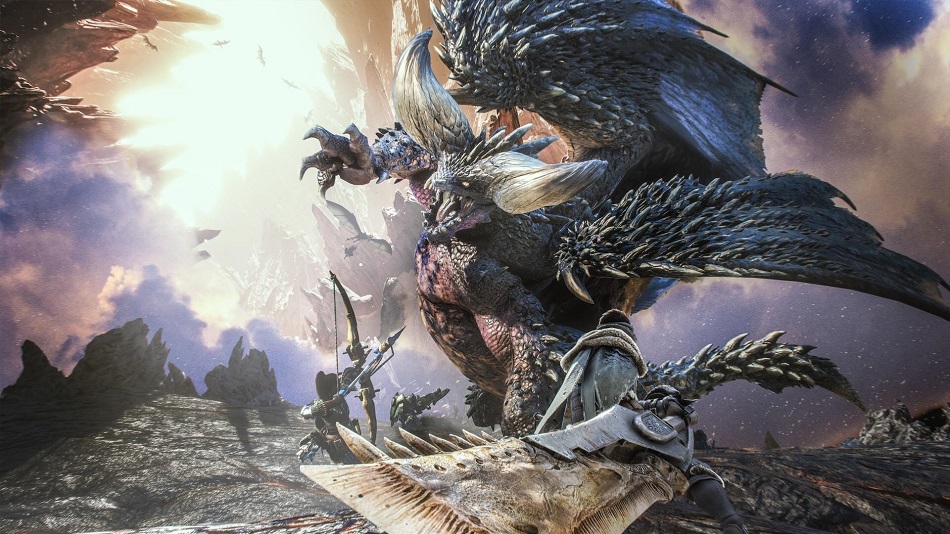 At first glance, Monster Hunter World seemed to be an intimidating beast. Being completely new to the series, I made certain to read as much as I could prior to its release and was overwhelmed by all the guides for new players.

At launch, I started the game expecting to be disappointed and probably unable to play it for long. I mean, if you need to read a dozen newbie guides to understand the basics, it didn’t seem like there’d be much hope for a Deaf gamer like me who relies heavily on visual cues. If my past experience with hunting-type games taught me anything, it’s that hunting requires listening.

I’ve never been happier to be wrong. 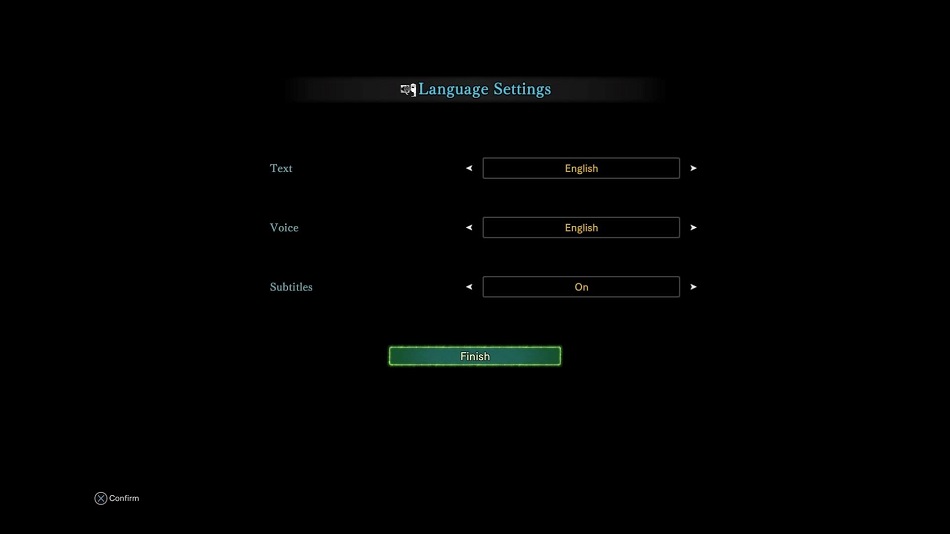 Before any loading screens or cutscenes, the first choice you make in the game is a welcome one. Do you want subtitles, and if so, in what language? So often you aren’t presented with this option until after the opening cutscene that introduces the story or premise of a game. So, any Deaf or Hard-of-Hearing player misses info that can really impact their opening experience. 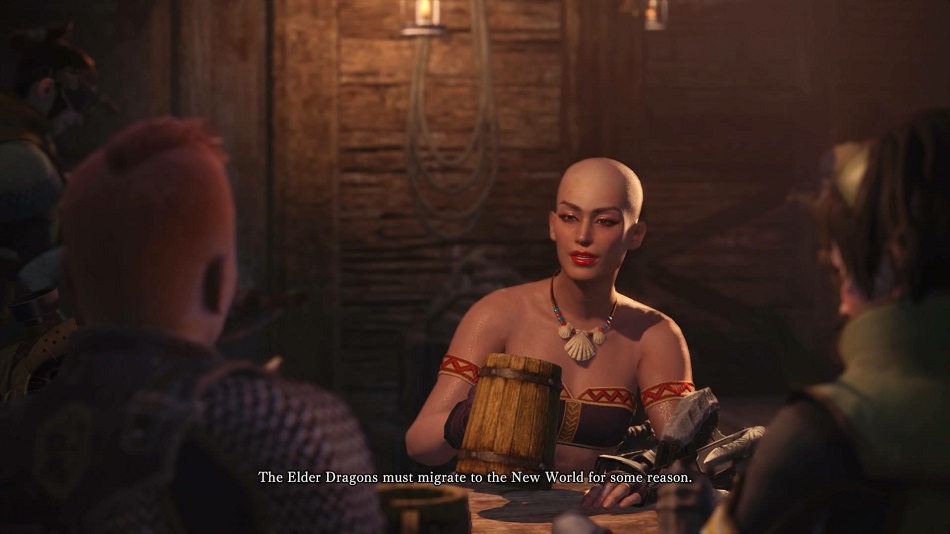 With subtitles on — and noting that it’s disappointing to not be given the essential, often-excluded option to resize them — I began my playthrough fully aware of why I was going to become a Hunter thanks to the options prior to the extended opening scene.

The longer I played, the more impressed I became with the level of accessibility in MHW. The thing that was most impressive was that all of the features that were essential to me succeeding as a Deaf player weren’t strictly accessibility features. They were simply there as mechanics that all players could rely on, and not something special that I had to toggle on or off. It often seems that when features like these are built into a game’s mechanics for everyone, they’re usually well done and given more consideration than features that exist solely for the sake of accessibility. 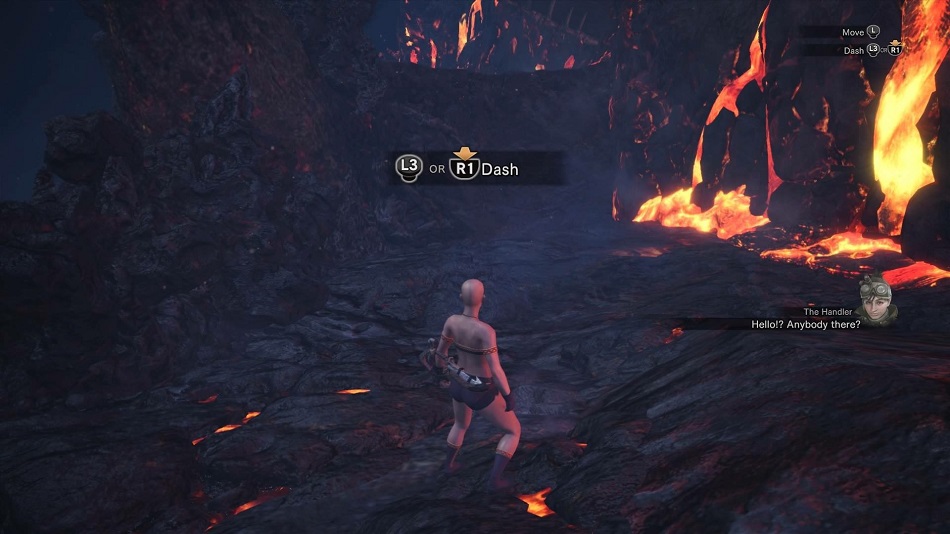 First up, we’ve got the very easy-to-see instructions for movement and actions. Also incredibly helpful are the subtitles that are both legible (although, again, size options would be nice) and make clear who is speaking thanks to both the NPC’s name and photo. This text is always in a shaded bar, so there’s never the issue of having hard-to-see white-on-light text. 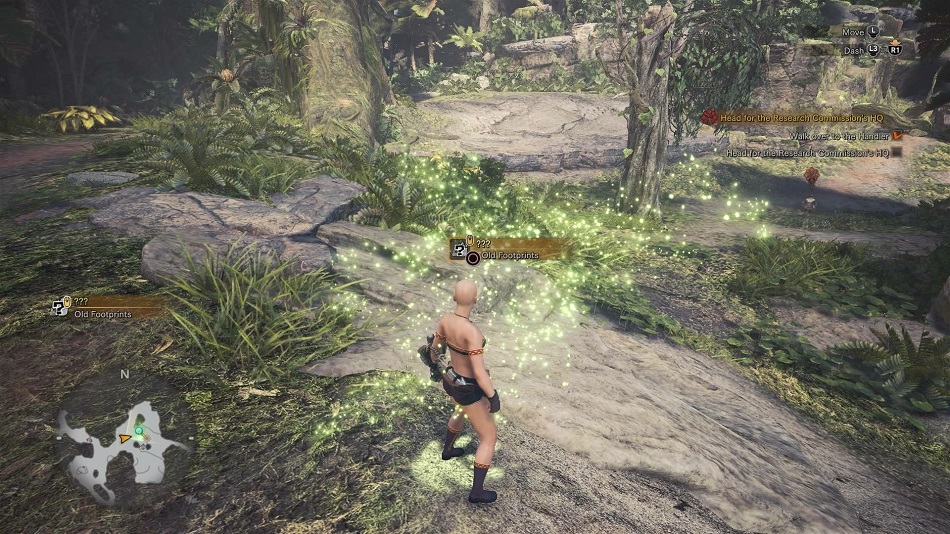 There’s also a wide array of visual systems that help you along throughout the game. Sometimes during a quest (particularly the initial training sequences) your NPC companion will shout to you if you’re not near them. This isn’t subtitled, but a big trail of glowing green flies will guide you to where you need to be. These helpful little creatures also highlight interactive features and collectibles, and the collectibles are also visually indicated with a symbol and an indicator of what button to tap in order to collect them. 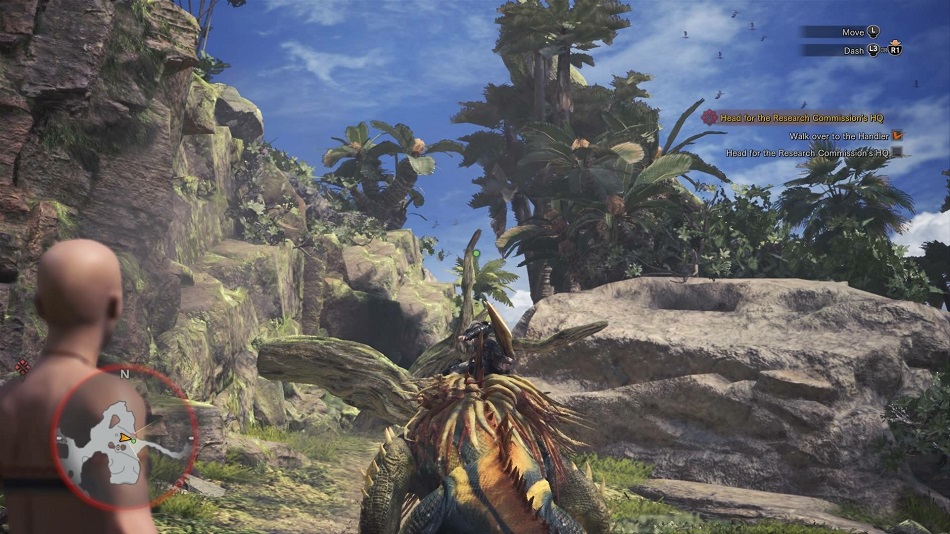 Another great feature in MHW are the colored rings around the minimap, indicating whether or not you’re in combat. So often a change in status like this is indicated solely by a change in music, so this added visual is a nice touch. A red ring indicates combat, a purple ring indicates that your enemy is losing interest or searching for you, and when you’re in the clear, there will be no colored ring. 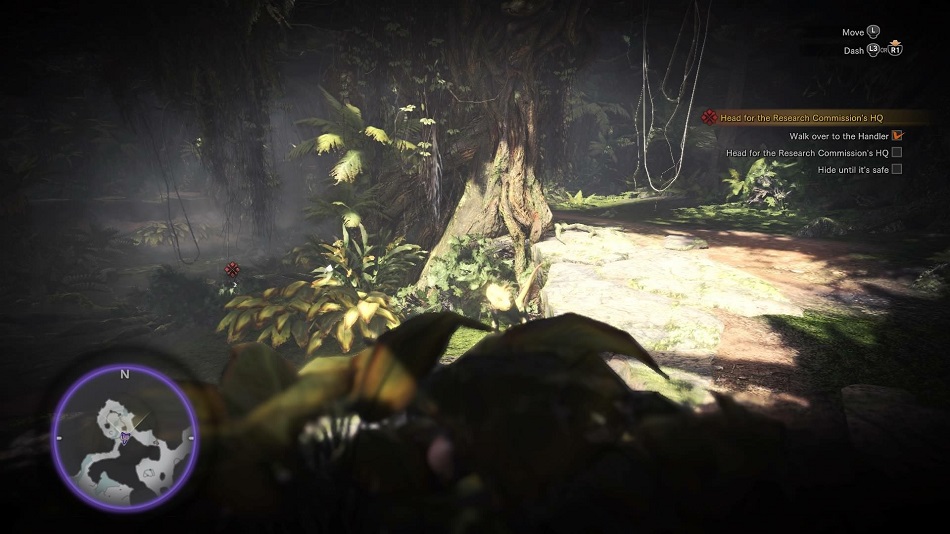 Another system with clear visual indication is stealth and hiding. When you’ve successfully hidden from a monster in MHW, there will be a vignette framing the perimeter of the screen. In the above image, you can also see the handy checking-off of quest steps, so there’s no need to go through the menus, searching for what you’ve done and what you need to do. Everything you need to know is right there onscreen. 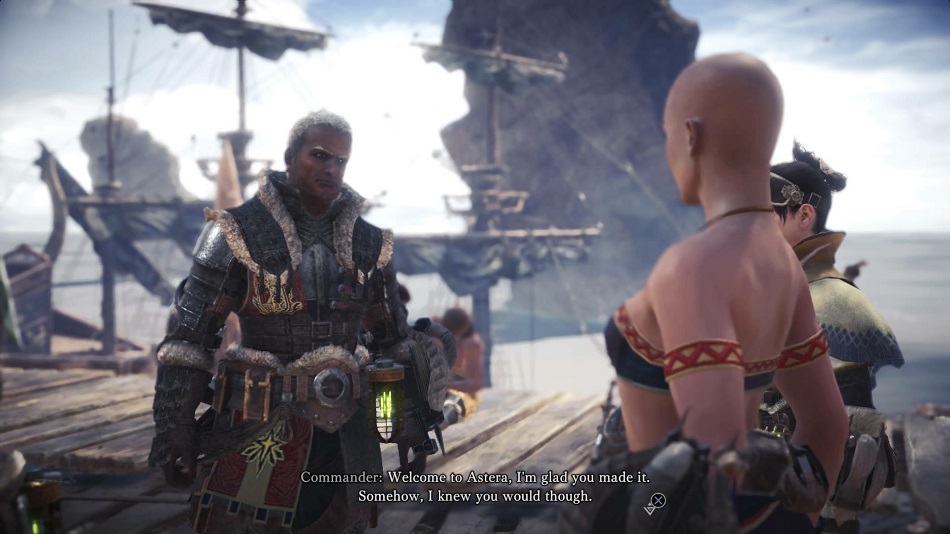 The inconsistency in dialogue subtitles (whether they’re displayed in large text at the bottom of the screen, or off to the side with the NPC image) is a little weird and confusing, as is the inconsistency with regards to whether or not you need to press a button to advance the dialogue, but all dialogue is subtitled.

(Also, if you’re curious as to the difference between captions and subtitles, subtitles generally refer only to dialogue displayed via text, whereas captioning includes a text description of sounds and ambient noise in addition to dialogue). 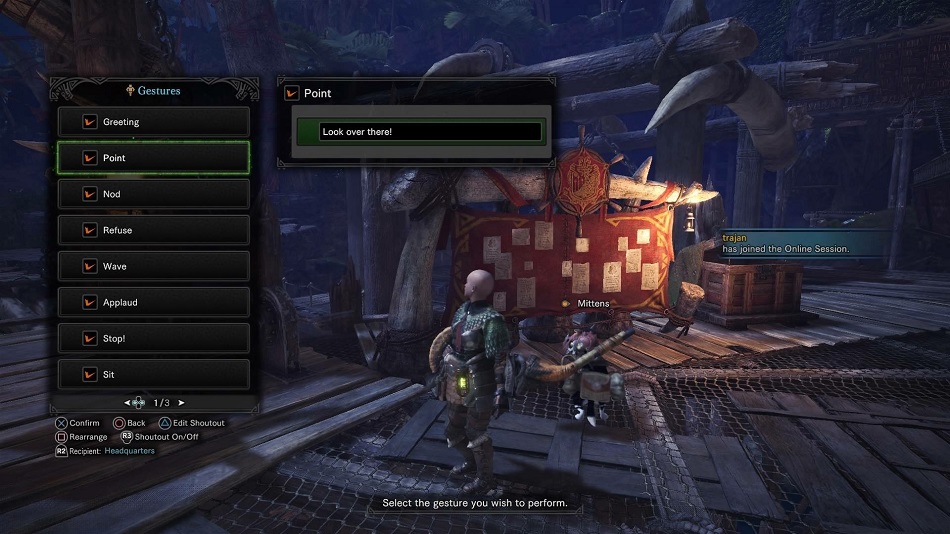 Lastly, while I’ve yet to use it simply because I’m not one for talking with people while I’m trying to play a game, MHW offers a robust chat system. On top of voice chat which you can toggle on and off, there’s also customizable text chat, emotes, and a sticker system that can all be easily accessed during play via an in-game menu. You can even customize the text displayed with your emotes. 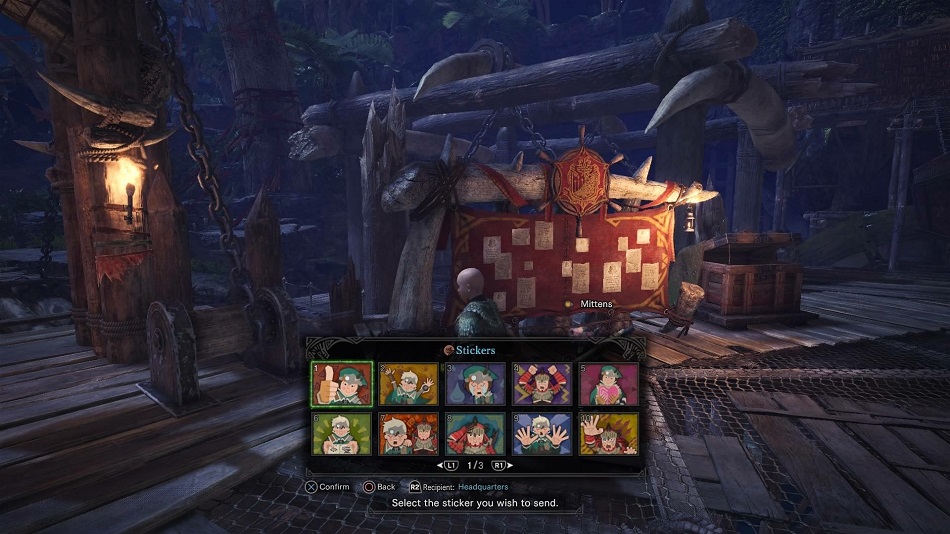 For the first time in a very long while, I can play a hot, current game with a huge and active online player base, and not feel like I’m being kept from (or left out) of its social aspect. Also, the game isn’t any harder for me because I can’t hear it. When it comes to accessibility serving all players, Monster Hunter World is a title that many developers could learn some lessons from.

Overall Accessibility: Fully Accessible. There are a few minor things I’d like to see added such as resizable subtitles and consistency with how subtitles are presented, but their absence here doesn’t make the game any less enjoyable or less playable for me.

Hi, just a small word to say that I really enjoy your articles, being also deaf myself. Keep up the good work!