In Search of Commons Ground 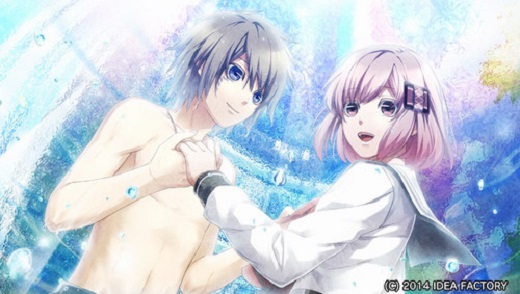 LOW Routes are too short and the romance suffers for it

WTF Everything about the epilogue

While on a school trip, twelve-year-old Sorata Suzuhara finds himself mysteriously transported a hundred years into the past. Searching for a way to get home, he ends up on a ship called the Norn, home to eleven young men and women with psychic powers. They're on a journey at the behest of peacekeeping organization The World. However, they soon discover a potential traitor among their ranks, and that's only the beginning of the complications they're yet to face.

Norn9 is a visual novel, meaning that gameplay consists largely of reading text over sprites and making choices. It's also an otome—a game targeted at a female audience, focusing on building a romantic relationship with an eligible bachelor. While not conventionally popular outside of Japan, the genre's been gaining a surprising amount of traction in the West lately. This is the third major otome released this year, after Amnesia: Memories and Code: Realize, with many more hopefully to come.

The visual style is nice and clean, the soundtrack solid, and the localization exceptionally readable. But, what sets Norn9 apart from most other otome titles are its clearly-defined female leads, all of whom are genuinely likeable characters in their own right.

Each of the girls—cheerful Koharu, stoic Nanami and aristocratic Mikoto—has three different men she can be paired with, for a total of nine character paths plus an epilogue. This creates a nice structure for an otome, giving the player plenty of time to meet its cast: the prologue introduces the leads through the eyes of Sorata, after which the player picks which of the girls they'd like to follow. The first chapter of any girl's route is then dedicated to illuminating the dynamics she has with her potential love interests as they go about their business. At the end of the first chapter, the player is presented with their next major choice, this time which man they'd like their protagonist to be paired with.

The ensemble cast is strong, helped along by lively dialogue and all sorts of shenanigans. Whether it's Nanami cooking something inedible for the thousandth time, Mikoto being completely unable to draw, or Koharu inadvertently friendzoning someone in favor of a plant, the game manages to deliver consistent laughs. It doesn't do as well with more serious subject matter, though, and the writing is at its weakest as soon as it tries to be anything more than a romantic comedy. Still, being among the inhabitants of the Norn is genuinely enjoyable.

However, while nine romanceable guys sounds great on paper, in practice this makes the game lose focus. Each route only takes a couple of hours to play, so it often feels like characters are being rushed through their arcs with very little breathing room. The relationship between the chosen protagonist and her man doesn't really get the time to grow organically, and some pairings never feel convincing.

Additionally, the routes don't build on each other particularly well, and it never feels like they're working in service of a larger plot. While otome games are generally designed to be replayed, it's hard for me to say that all nine routes here are necessary.

This feeling of redundancy is compounded by the fact that the epilogue—unlocked upon completion of all nine routes—is both short and unsatisfying. It doesn't feel like much of an incentive to clear the rest of the game, which left a bad taste in my mouth. That said, only one or two routes are what I'd call "bad"; most of them are enjoyable but unmemorable, and they do tend to blur into each other after a while. Natsuhiko's is the clear standout and, for my money, stacks up favorably against any other otome romance despite its brevity.

Ultimately, Norn9 offers pretty visuals, a nice cast of characters and some interesting dynamics, but little more. The romance content should be its main draw, but it suffers thanks to the quantity-over-quality attitude, and the overarching plot is somewhat tepid. On the other hand, the bite-sized routes provide an ideal introduction for newcomers to the genre, and more experienced otome players will enjoy the replayability. It's not the best in its genre, but still worth checking out. Rating: 7.5 out of 10

Disclosures: This game was obtained via publisher and reviewed on the Vita. Approximately 24 hours of play were devoted to the single-player mode, and ten routes were completed. There are no multiplayer modes.

Parents: According to the ESRB, this game contains language, mild blood, sexual themes and violence. Swearing is minimal, as is gore, and violence is mostly conveyed through still images. There are sexual references and strong implications, but no explicit content. I would recommend this for ages fourteen and above.

Deaf & Hard of Hearing: The game consists entirely of text and images, and the story can be experienced entirely without sound. 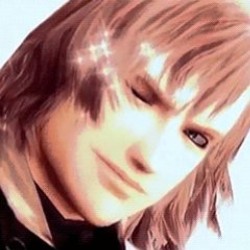