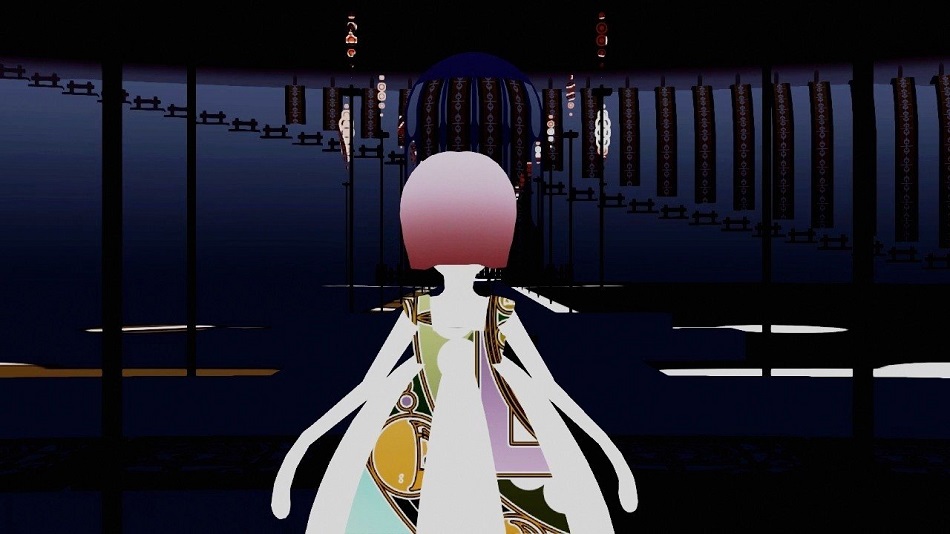 HIGH It’s like a beautiful painting with a story to tell.

LOW It’s more like a book than a game.

WTF The Saint’s eyes stare into my soul.

The Midnight Sanctuary is a visual novel about the fictional Japanese town of Daiusu and its inhabitants. Long ago, the town was created as a sanctuary for persecuted Christians. A traveler helped to save it from a plague, and was forever praised as a Saint. Many years later, outside pastor Hamomoru Tachibana was invited in to study the town’s history, but soon after, things start to get a bit strange…

It’s easier to think of Midnight Sanctuary as a movie with some minor choices instead of a game — players will be able to pick  the order of the places they go to, but that’s about it. What it does offer is a beautiful living tapestry of a story. Visually, the art style is reminiscent of papercraft characters moving on top of layered paper scenes. The game makes great use of negative space as well, and some images and unnamed NPCs are made of it. Fire, for example, looks like cut-out shapes with only a red filter showing. 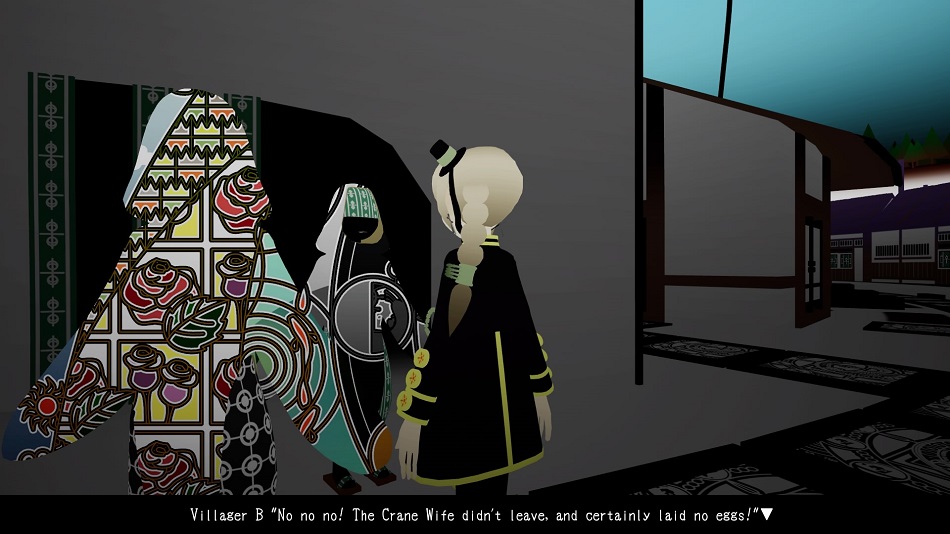 As visual novels go, this one is unlike most in that the majority have different paths that change the scenes players get, or even the ending. Not Midnight Sanctuary — it’s telling a story, but there’s only one ending and it had me scratching my head once the credits started to roll. I just can’t quite tell if it’s trying to give a specific message or not. In a grand sense, the tale is about a town and its relationship to faith, tradition and its way of life, and without spoilers, I do believe it makes some strong statements about religion overall. Of course, maybe I’m reading too much into it and should just enjoy it as at face value as an animated story.

Ambiguity aside, The Midnight Sanctuary was thought-provoking and enjoyable, and a gem to look at. It won’t be for everyone, but for those who enjoy visual novels or similar fare, I’d urge them to set aside a couple of hours for it. And maybe a drink to go with it, too.  Rating: 6 out of 10

Disclosures: This game is developed by Cavyhouse and published by UNTIES. It is currently available on PS4, Steam and Switch. This game was obtained via publisher and reviewed on Switch. Approximately 4 hours were spent in single player mode, and the game was completed. This game includes no multiplayer.

Parents: According to the ESRB, this game is rated E10+ and contains Fantasy Violence. There is death in this game, and that’s about the only violence in it. It’s perfectly fine for teenage and above audiences.

Deaf & Hard of Hearing Gamers: Dialogue is voiced in Japanese, but also includes subtitles for all dialogue. It’s fully accessible, although text is not resizable. 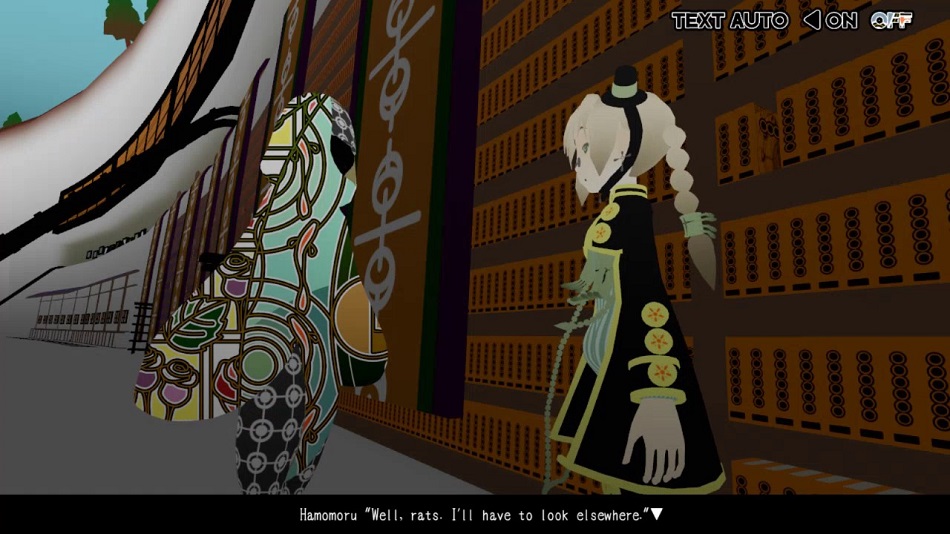 Remappable Controls: The game offers no remappable controls. Players can use the analog stick to move to select an area and “A” to select.