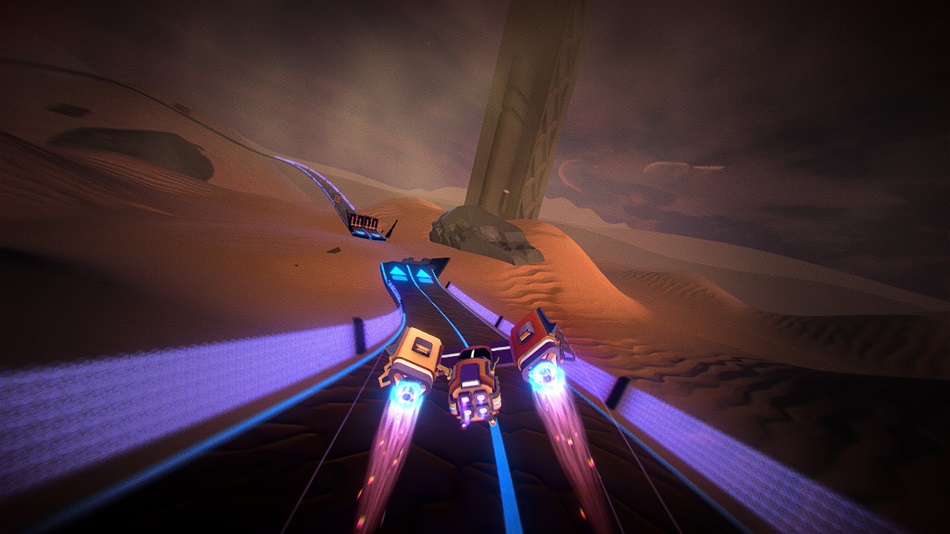 WTF: Am I trying to race out of hell?

Stay Safe is a racing game that requires players to boost, dash, and nimbly dodge between obstacles to reach a goal. Obstacles may include blocks that move in front of the player, gates that lower and raise, and tight corridors that require precise movement to navigate. Each level also has different challenges, like beat the race at full boost or finish the race without dashing. After each race, players are graded based on how quickly they finish the level.

There is a story behind Stay Safe, but it’s rather mysterious. A combination of biblical verses start each level, and they’re paired with inspirational quotes each time the player dies. Without wanting to spoil anything, I’ll leave it at that, although even at the end of the game, I’m still trying to determine what it was saying — if anything at all.

In contrast to these messages, Stay Safe ultimately seems mean-spirited. After the first death, it gives the option to retry. Eventually, players will have the option to “re- re- re- retry.” I found myself angry at the game for rubbing it in with these words onscreen, and even its Steam page taunts players by saying people can play something else if they like easy games. 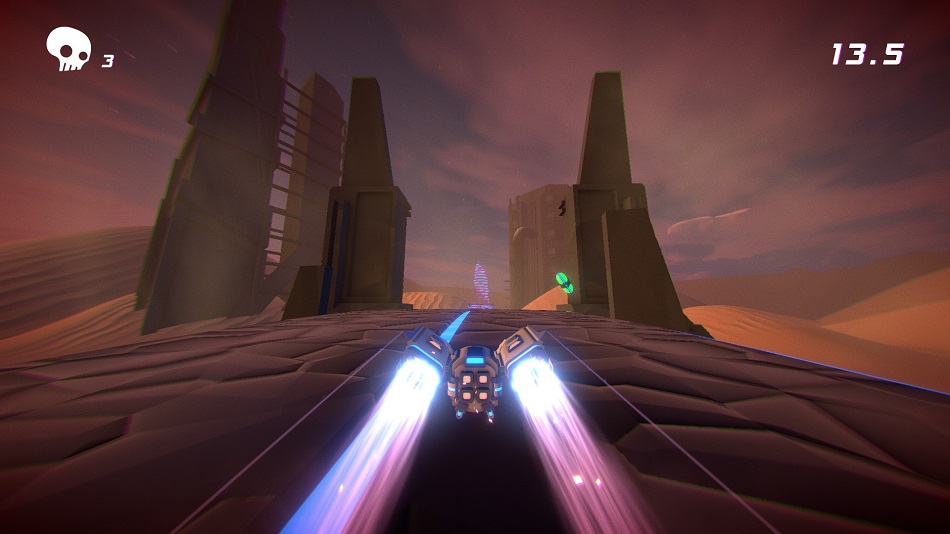 The ship players race with is bulky, making it rather difficult to get through some of the tighter corridors. Precision agility is also required to get through many levels, but quick reactions don’t matter since the sluggish ship can’t keep up with the player. Even using the dash maneuver to quickly flip to other of the road, the ship always seemed too slow.

As the levels progress, the obstacles get more elaborate and require even more dexterity to be able to avoid them. In these moments, it’s clear that Stay Safe is a brutal, and I saw my death totals climb upwards of 300-350 deaths per race. However, it must be noted that the levels aren’t consistent with what can and can’t kill you — sometimes I’d phase through obstacles without getting hit, and other times I wouldn’t even see what I ran into.

Apart from normal racing, there are many levels that require the player to fly to make it to the goal, and the flying controls are abysmal to say the least. The game is best with a controller and players need to hold the control stick almost perfectly straight down in order for the ship to glide longer once it’s in the air. If the control stick deviates even slightly to the left or right, the ship practically slams into the ground, forcing players to restart the level. For those who think it might be better with mouse and keyboard, I found that setup to be nearly unplayable.

Stay Safe‘s rankings are all about speed, which is unfortunate considering the questionable collision and shoddy controls. As such, I found that getting the top time for each level was seemingly impossible, and without doing that, the “true” ending remained locked away – Stay Safe‘s final insult, apparently. There’s an interesting concept and some cool art design on offer, but, but the level of dedication required to see it through isn’t worth the effort. Rating: 4 out of 10

Disclosures: This game is developed and published by Atomic Raccoon Studios. It is currently available on Steam. This game was obtained via publisher and reviewed on Steam. Approximately 6 hours were spent in single player mode, and the game was completed. This game includes no multiplayer.

Parents: This game has no ESRB rating, but the game doesn’t have anything that would make it questionable for anyone. Even when the ship crashes, it only explodes into pixels. Masochistic fun for all!

Deaf & Hard of Hearing Gamers: There is no dialogue and no audio cues in the game, so it’s fully accessible. 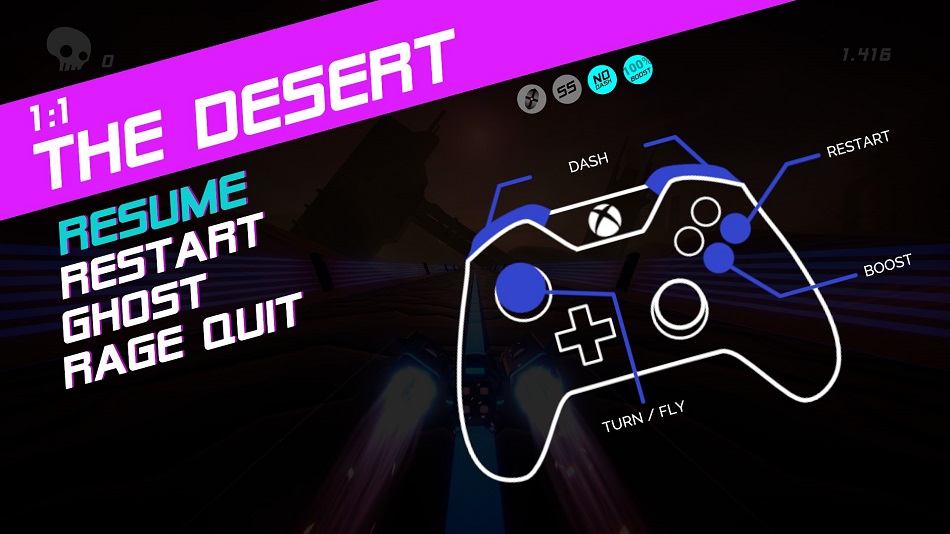