The Demon’s In The Details 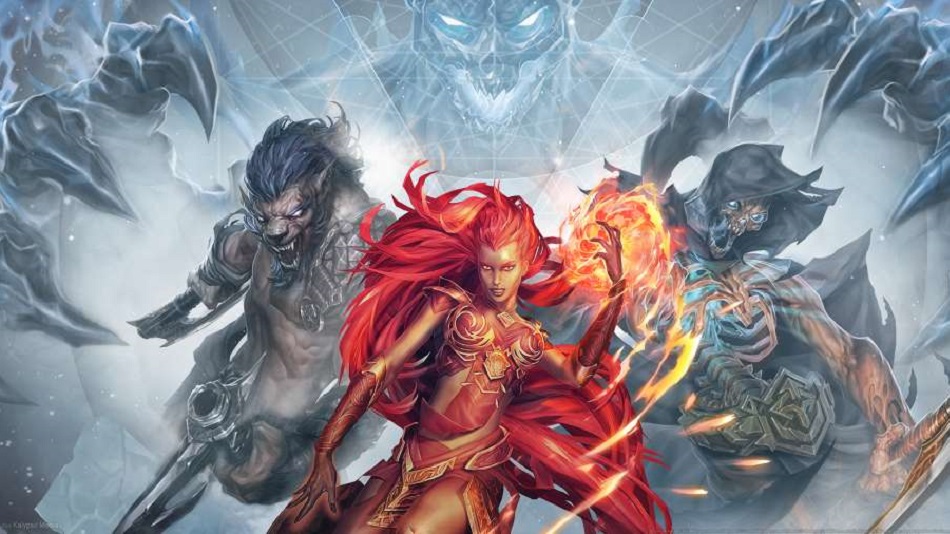 Most fantasy games put players into the role of the hero — perhaps one eager to defend the land or get revenge for past transgressions. Maybe a mercenary with a rough exterior and a heart of gold. Not Shadows Awakening. No, instead of the usual heroic tropes, it slots players into the role of a demon that steals the souls of adventurers. It’s unusual, and I was eager to see how the story would be told — would it be a story of otherworldly redemption, or that of a devil or plunging the world into darkness? Neither, really. Instead, it’s more like someone grabbed a fantasy novel off a shelf and changed a few things around but couldn’t pull it off.

Shadows Awakening is a third-person isometric RPG in the Heretic Kingdoms series developed by Games Farm. Players take control of a Devourer — a demon with the power to capture and control souls of long-dead warriors. In the Heretic Kingdoms, the shadow and human worlds coexist side by side, and the lines between them can be blurred for those who know where to look. Lurking in the darkness, the demonic Penta Nera attempt to gather power and become immortal, so it’s up to the player to find them and stop their quest for dominion.

Right out of the gate, Shadows feels fresh in its handling of the characters. The player is ultimately in the role of the demonic Devourer, and will control him in the shadow realm. When in the human world, the Devourer can have up to three “puppets” in his collection and can switch between them at will. These enthralled souls can range between warriors, mages, and rangers, each with its own strengths and weaknesses. If the Devourer falls or all of the puppets are defeated, it’s game over for the player. 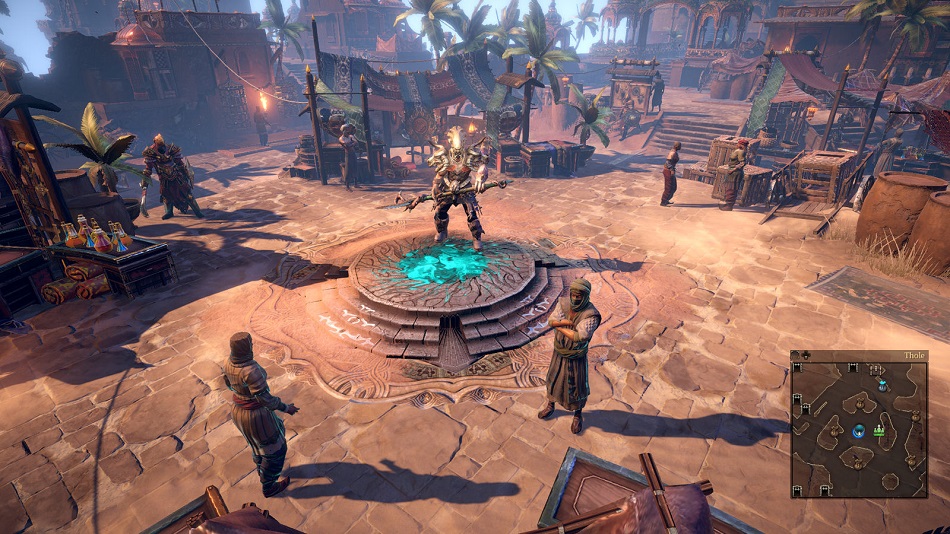 Within each character class there are many options to choose from, and the starting puppet players pick will determine which puppets become available later in the campaign. One quest, for instance, gives players two ways to finish a quest. Depending on what they choose, they get a certain puppet. Characters also come in a wide variety of races and personalities. I personally started with a princess magus with a knack for fire, and quickly found a goblin sniper and a werewolf berserker that made up my party for the majority of the aventure.

Since the player is able to go back and forth between planes and between characters as desired, world traversal, combat scenarios, and puzzles throughout the game all require these special abilities. Players will want to switch often and explore all options if they get stuck.

While the dimension and body-hopping are fresh, the combat isn’t breaking any new ground. Each party member has a basic attack and three mana-powered abilities ranging from an powerful single-target attack, area attacks, buffs for the party or debuffs for enemies. Enemy forces will have a variety of different strengths and weaknesses, so it’s good to have an array of within the party to be able to cover any situation.

Other mechanics in Shadows? Sadly, they’re a bit lackluster. 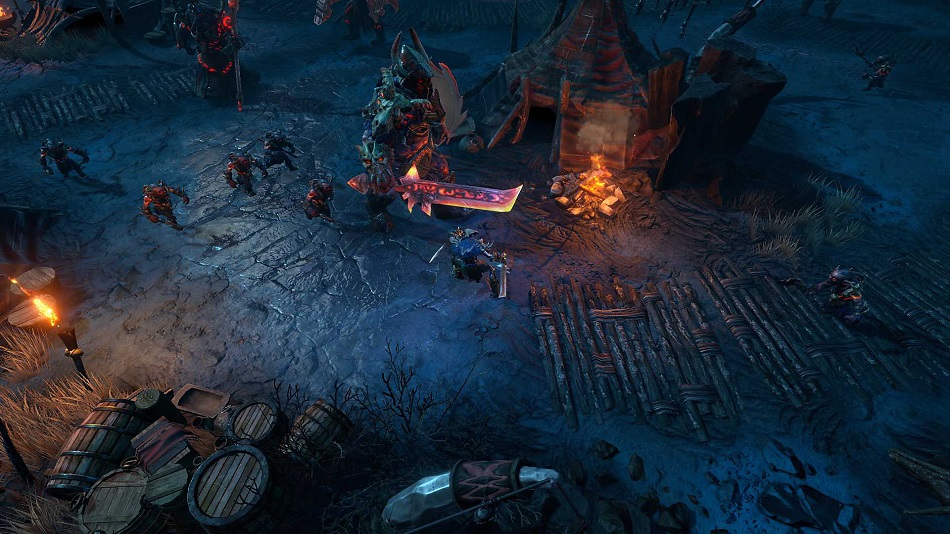 There’s a crafting system to modify weapons and armor with special bonuses and abilities, but the enchantments aren’t worth the effort. It’s expensive to enhance, and even doing multiple side quests and selling everything that isn’t necessary will only give players enough cash to enchant the current set of items for one puppet. I modified only a handful of weapons before realizing that everything I found in the wild was always better than any weapon I could buy or create. Similarly, players can also update the stats of the puppets, but the most effective thing seems to be dumping everything into one stat and moving forward, so it seems pointless to spend much time on them.

The puzzles in Shadows need help. One type involves guiding a rock from one end of a hallway to another by flipping levers that create a path for the rock to roll down. There were countless times where I tried to flip a switch and did a basic attack instead, causing the rock to fall into oblivion. Other times, I would flip the switch and watch in frustration as it rolled through the platform. Another puzzle will tell players that they “need to control their anger” — without spoilers, the answer forces players to go back on ten (or more!) hours of gaming intuition to progress.

Getting back to the narrative, it’s uninspiring to say the least. Not only cliché and linear, it’s also long-winded and easy to miss some of the finer details with all of the exposition that happens in cutscenes. Getting the Cliff’s Notes version of history from an NPC while trying to escape from enemies isn’t a great way to tell a tale. I was more interested in the side stories of the puppets themselves, and not at all in the overarching story Shadows offered.

While the story may be uninspiring and some mechanics don’t quite stick the landing, I found myself returning to Shadows Awakening mostly for the amusing stories of the puppets. Even so, the characters alone can’t carry the game — maybe fans of this IP will be happy to jump in and will find the mediocre gameplay enough, but for those like me, it’s hard to recommend this title as a starting point to the Heretic Kingdoms world.  Rating: 4.5 out of 10

Disclosures: This game is developed by Games Farm and published by Kalypso Media Digital. It is currently available on PC, PS4, and Xbox One.This game was obtained via publisher and reviewed on PS4. Approximately 18 hours were spent in single player mode, and the game was not completed. There are no multiplayer modes.

Parents: According to the ESRB, this game is rated T and contains Blood, Mild Language, Sexual Themes, Use of Alcohol, and Violence. Blood is minimal at best, and it’s standard fare as far fantasy RPGs go in terms of violence. There are bars where the characters can drink at and a house of prostitutes in one city (but there’s little interaction with it). The worst word that comes up for language is d***, at least that I’ve heard.

Deaf & Hard of Hearing Gamers: There is some dialogue in the game, but there’s subtitles for all of it. Fair warning, the text will auto-advance, so read quickly. The text cannot be resized. 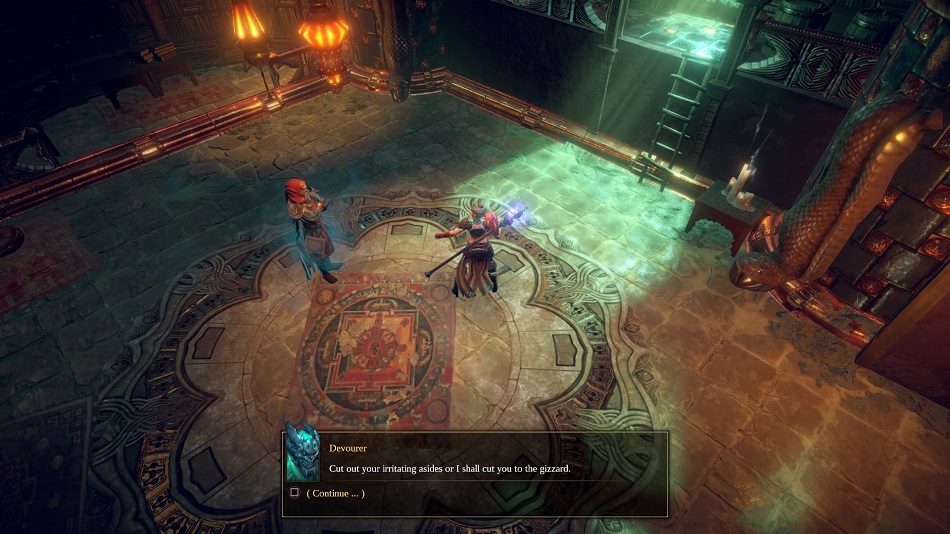 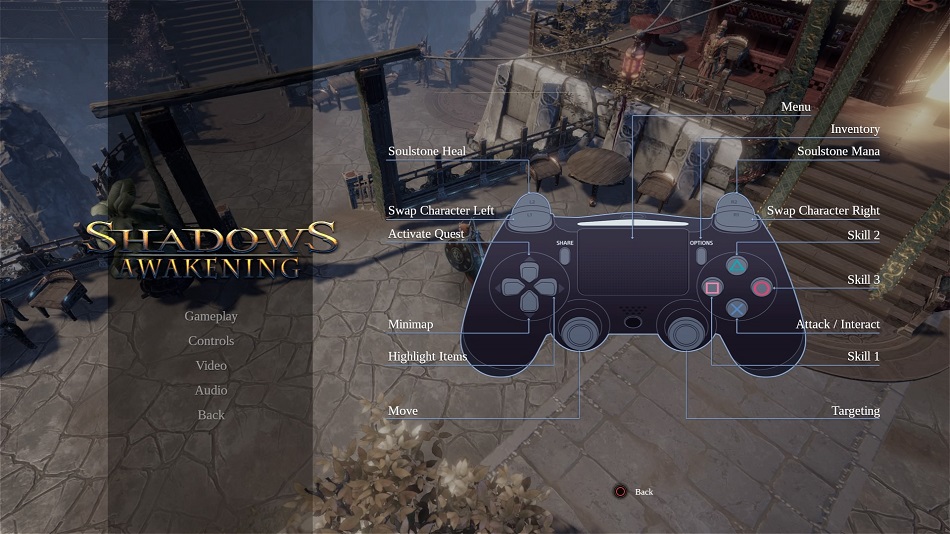