Money Makes The World Go ‘Round 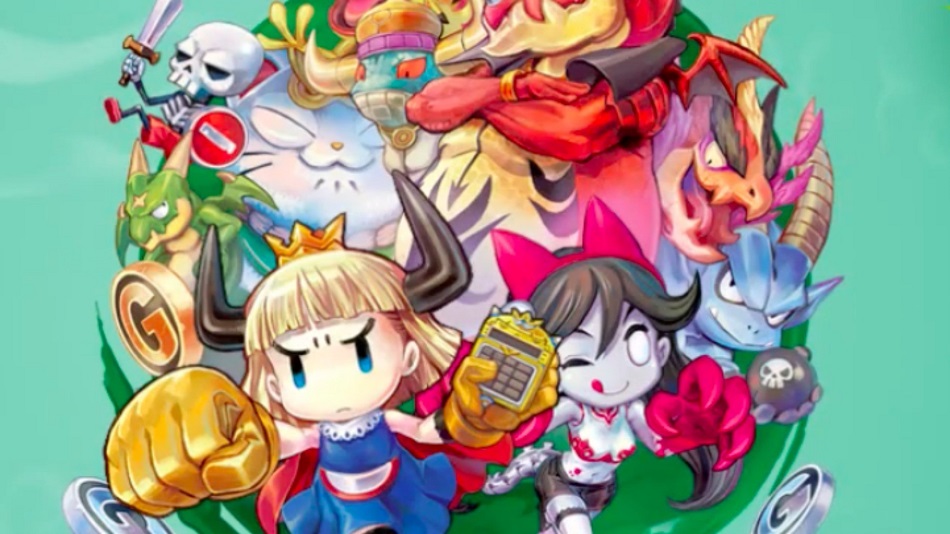 High Money used as a resource for fighting is fantastic.

Low Both control schemes the game offers are poor.

WTF Why does everyone in this world have a southern drawl?

When asked about what makes a good RPG, I think most people would say it requires a solid story, satisfying combat, and character progression through experience and/or items. One thing that I would argue is taken for granted? Money. Almost all role-players have some form of currency, and in this case, NIS America took a step outside the beaten path and gave it an additional use — for fighting.

Penny-Punching Princess is a 2D action-RPG that follows the titular Princess and her servant Sebastian. The pair are out for revenge against the Dragoloan family, who stole all of the Princess’ money through scams. This lack of affluence caused her father to fall ill and die, so Zenigami, the god of money, took pity on the Princess and blessed her with a magic calculator that will help her in her quest for revenge.

Each mission has multiple sections to explore, and each section can have multiple arena battles — somewhere between two to five. In battle, the Princess can fight by attacking with a quick combo punch or a power punch, and she also has an armor-based ability, either an attack or a healing buff. She also has a roll to get out of trouble.

Unfortunately for a game all about combat, the combat feels uneven from the start and doesn’t really get better. The Princess can hit hard, but she also has a glass jaw. This seems to hold true throughout the campaign, even when I focused on raising the associated stats. Luckily, when fighting doesn’t work, the Princess does have the ability to bribe her way out of trouble and have the enemy fight for her.

With her magic calculator in hand, players physically type in how much money to use to bribe each enemy onscreen. It’s actually an amazing piece of design — by actually typing the numbers and using the device to manage money in a way that RPGs usually don’t, it gives a unique spin on that makes PPP stand out. Once bribed, the players can then use them in combat a number of times during a level. Money doesn’t only bribe enemies though — players will also be able to bribe healing fountains, damaging traps, or doors holding secret chests holding treasure. Everything the player bribes then goes into their kingdom. 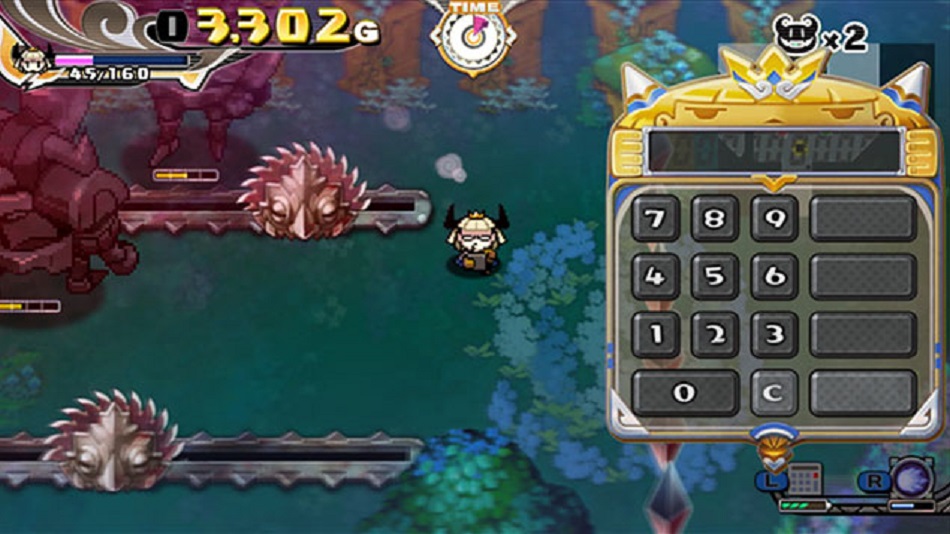 The more things players bribe, the more options they’ll have to create new armors and Zenigami statues which give points to increase the Princess’ stats. Like most Japanese-style RPGS, ‘grind’ is a factor, and this is where it comes in for PPP. Since certain enemies are only in certain levels, players will be repeating those sections to bribe enough of the kind of enemies required for the next armor set, or for more stats.

Another issue here is that while unique, the calculator (in the Switch’s handheld mode) takes up a good portion of the screen, making it hard to see the enemies that are still attacking while trying to bribe them. While docked, players have to use the D-pad to move the cursor on the calculator, making it impossible to move the Princess in battle at the same time. Players do have an option that will try to bribe the nearest enemy when not playing handheld, but switching between targets is unforgiving if players target the wrong thing.

Apart from the troublesome use of the calculator, PPP is just plain hard. Each member of the Dragoloan mob is eager to kill the Princess and take her magic calculator, so the game requires the grinding I mentioned to be able to beat some of the more difficult levels in later stages of the campaign. However, not only is it hard, it’s punitive.

For example, say a mission has five arena battles. If the player falls in the first arena, no big deal. If a player falls in the final arena, they have to repeat the entire section. With the Princess being such a glass cannon and the game’s emphasis on grinding, a lot of grunt work will be needed to keep making progress. The combat doesn’t vary, either, so play gets stale quickly. The narrative doesn’t help keep interest either, with the revenge story being shallow, uninteresting, and filled with jokes that felt ripped from a bad sitcom.

I appreciated that Penny-Punching Princess brought some new spins to the action-RPG genre and using money as a tool to fight is a fairly novel idea that could be explored more. The calculator is also a thematically brilliant idea in a game about capitalism and debt. However, the combat mechanics are problematic and play falls prey to unnecessary frustration and repetition. There’s audience for this game out there, but with a little more polish, I’m guessing more people would be able to find the joy in this capitalism. Rating: 4 out of 10

Disclosures: This game is developed and published by NIS America. It is currently available on Switch and Vita. This game was obtained via publisher and reviewed on Switch. Approximately 16 hours were spent in singleplayer mode, and the game was not completed. There are no multiplayer modes.

Parents: According to the ESRB, this game is rated T and contains Fantasy Violence, Drug References, and Language.  A princess punches goblins, dragons, and wolves is about the extent of the violence. There are some drug references to smoking and some language (S**t and D*mn seem to be the worst of it).

Deaf & Hard of Hearing Gamers: The game’s dialogue is all done via text and no sound cues are required, so it’s fully accessible.