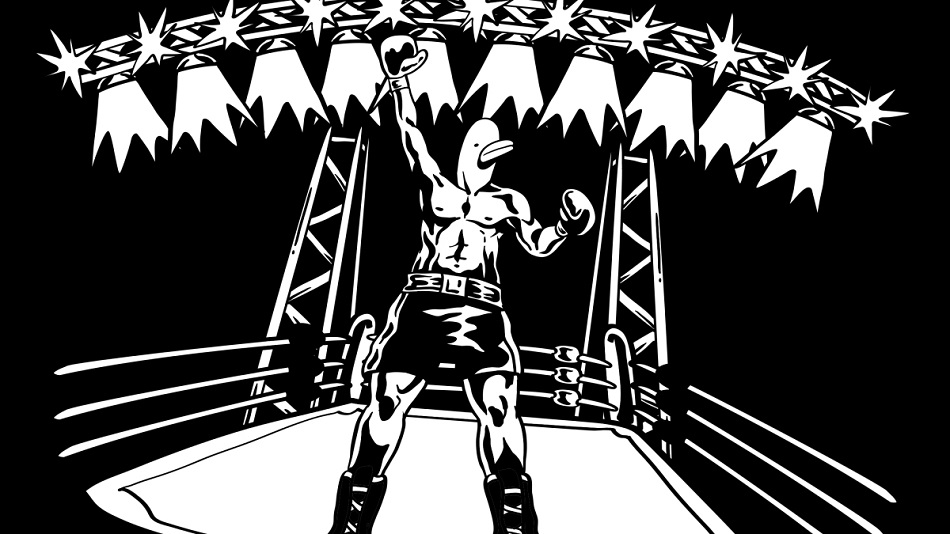 LOW Everything except the fighting.

Deathflock is a shady organization, and their boxing champion couldn’t be beaten. That champion was Patobox — the man with a duck head and a knockout punch. He racked up win after win, but in his last fight, something went wrong. His vision went blurry, and Patobox went down with one punch in the second round. When he woke up, he was being patched up after being stabbed and dumped outside of the arena. Now, the only thing he can do is strap on his boxing gloves and find out why someone inside Deathflock wanted him dead.

2think design studio’s Patobox is an adventure game spiked with boxing matches, with players controlling Patobox on his quest for retribution and revenge. The game takes place in Deathflock headquarters, going floor to floor to find henchmen, fight them, and eventually get to the President at the top floor. Each section has its own unique feel — a casino, office suites, the sewers – and each comes with its own set of puzzles.

Each floor has players dodging obstacles, avoiding crushers and buzz saws, or gambling their way to the henchman.  While exploring, players are able to find documents that slowly unveil the mystery of Deathflock, their staff, and Patobox himself. Other files help players in the boxing matches by giving hints on each opponent’s tell, which moves can be blocked, or when an opponent will be vulnerable. 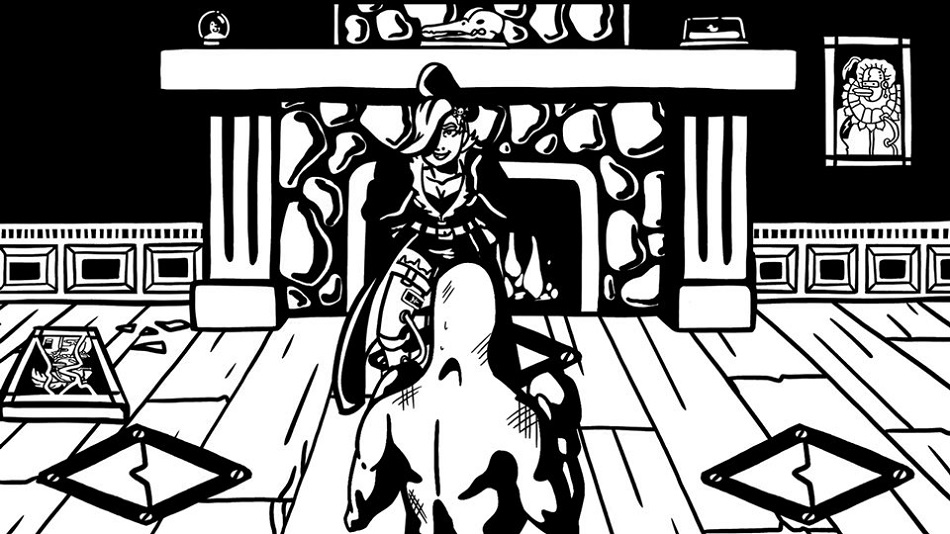 The boxing matches are where Patobox shines. Combat is similar to the classic Punch-Out titles, and each henchman has their own quirks. One will have lasers and robots shooting at the player, while another forces players to hit bombs back at the opponent before he’s open to attack. If players were thorough in gathering information, it will be easy to recognize the strategy for each henchman. Even so, each member puts up a challenge and will be difficult to beat.

Patobox also has another strong selling point — the style. The tale is told with noir comic book flair through stylized black and white panels that radiate beauty from start to finish. Each character feels well defined, with a unique backstory and odd nature that make all of them memorable.

However, I’m torn on the pacing. Exploring each floor is such a dynamic shift away from the boxing, it feels disjointed. The casino in particular slows the adventure to a crawl as players have to get enough chips to buy their match against the henchman and the gambling minigames feel like pure chance. I understand that Patobox wants to transition between each story beat and provide an opportunity for the player to find the scraps of story, but the execution feels wrong. That being said, I wouldn’t want just the boxing, either.

Patobox is easily one of the strangest, most beautiful games I’ve played this year. While the exploration and puzzles felt like they didn’t quite mesh with the boxing, the experience shines with simplicity and stylish charisma. Rating: 7 out of 10

Disclosures: This game is developed by 2think Design Studios and Bromio, and  published by Bromio. It is currently available on PC, PS4, and Vita. This game was obtained via publisher and reviewed on PS4. Approximately 6 hours were spent in single player mode, and the game was  completed. There are no multiplayer modes.

Parents: According to the ESRB, this game is rated T and contains Blood, Violence, and Use of Tobacco and Partial Nudity.  The game does have violence, and blood throughout the entire game, in line with the dark and gritty noir style. Partial nudity and Tobacco mostly come from the casino area for the scantally clad dancers and patrons smoking.

Deaf & Hard of Hearing Gamers: All dialogue is done via text boxes, and the text cannot be resized. The game is fully accessible. 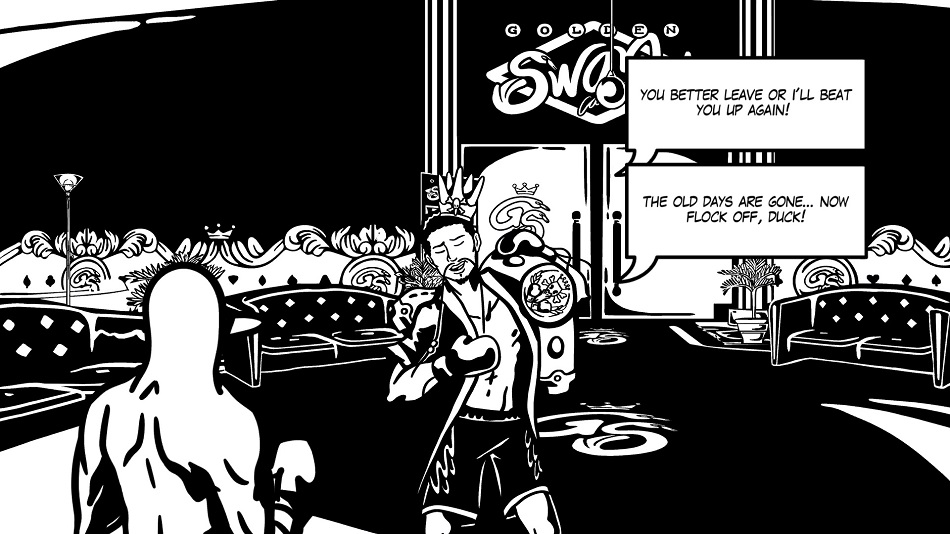