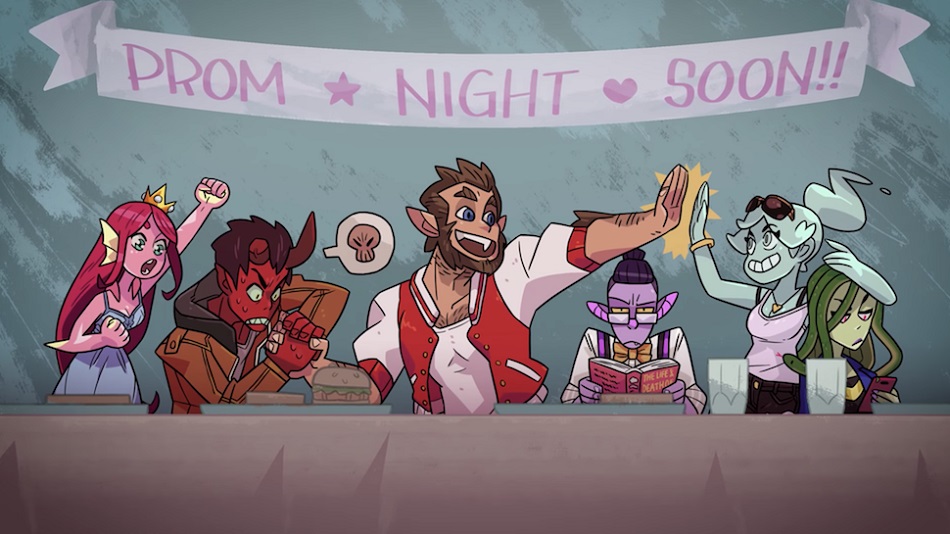 High It’s a visual novel disguised as a party game.

Visual novels are a very specific kind of experience, focusing on engrossing stories and characters to keep players involved. While they can be calming and enjoyable, they’re not usually set up for multiplayer. Monster Prom has other ideas, though — it rips those notions to shreds and throws the burning pieces out a window.

Coming from developers Beautiful Glitch, Monster Prom is a multiplayer visual novel where players have to raise their skills and impress the monster that is the object of their their affections in order to have the best night of their lives at prom. Players will interact with other monsters, visit different places in the school,  and resolve scenarios which will improve the relationship with a creaturiffic classmate.

For a single player, it can be experienced as a standard visual novel. Players will take a “quiz” at the beginning of the story to determine their starting stats and determine who the player is most in line with.  These stats and the prediction of the likeliest partner seem arbitrary at first, and it can take a few times through the story to learn what defines each character. Of course, the game doesn’t force players to romance the character they get from the quiz, but doing so does make things easier. 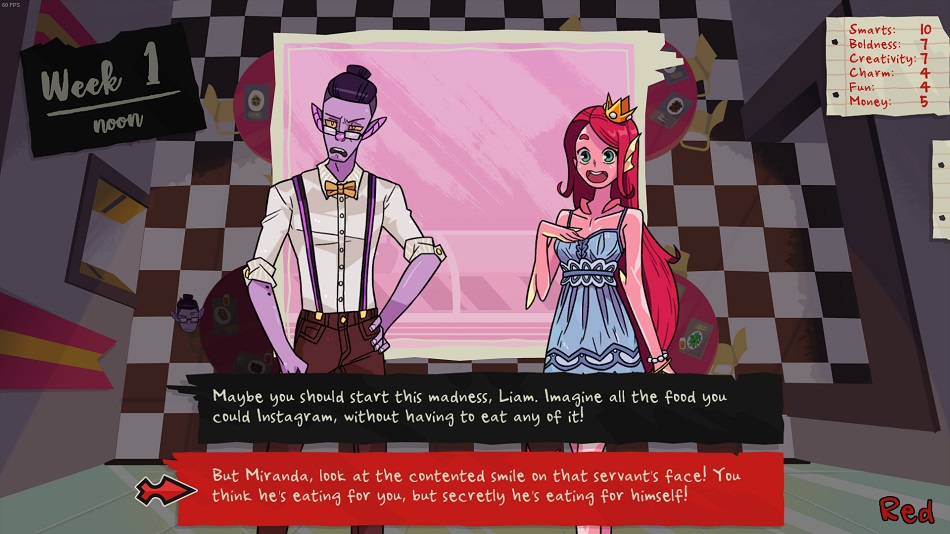 Players have four character choices, but this only amounts to what color the player prefers. Players can also select their preferred pronoun (he, she, they), and none of the potential love interests care about the player’s gender. To get a date to prom, players must have sufficient stats and enough affection built up with their chosen love interest. Throughout each school day, players will select an activity to raise one of their stats, gain money, or buy items. Players will then also have an encounter with their classmates that can either raise or lower stats and affection.

The formula seems fairly standard, but Monster Prom soon reveals that is has some strange double standards and odd humor. One choice wanted me to show my best party trick, and I could do either “dead grandmother used as a puppet” or “cocaine”. Let those choices sink in for a moment. And speaking of cocaine, Monster Prom has a strange obsession with it. Everyone does it, they do it frequently, and they all love it. I wasn’t aware that cocaine was such a cool thing these days, but maybe I’m just not keeping up with the times anymore?

In multiplayer, students are still trying to win the heart of their monster of choice, but they also have the opportunity to sabotage the attempts of other players also trying to find a prom date.  The experience shines in multi, and especially so with a group of friends who like to get into character, either online or locally. 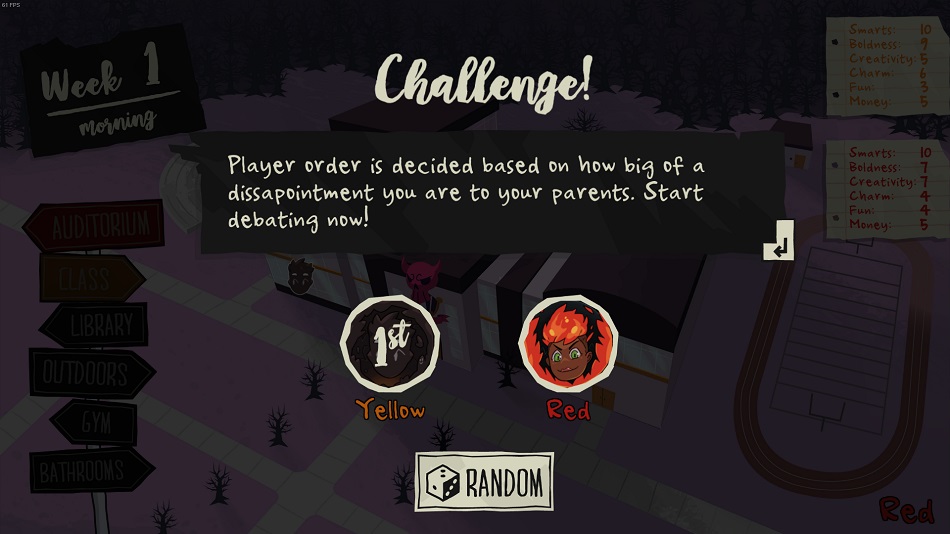 To enhance the multi experience, there are multiple ways for players to mess with each other. For example, each area in the school can only be visited by one player at a time, so if an opponent knows what stat their rival is going for, they can go to that area first and lock them out for the turn. There are also be random events where a love interest will ask about a player. Depending on who’s in the encounter, they can lie about their opponent and sabotage their chances.

As a singleplayer title, it seems to offer a wealth of content — the stories have a quirky kind of charm and each scenario has four possible outcomes, with a total of over twenty endings possible. Of course, playing with rivals adds a replay value of its own, but after a little time spent with it, I came away feeling that Monster Prom is only functional at best — despite the wealth of options, the scenarios become predictable and tired quickly. Even so, a group of friends turns it into a delightfully messy romp of the kind that my younger self would have loved, minus the cocaine.  Rating: 6 out of 10

Disclosures: This game is developed by Beautiful Glitch and published by Those Awesome Guys. It is currently available on Steam. This game was obtained via publisher and reviewed on Steam. Approximately 2 hours were spent in single player mode, and the game was completed (about 6 runs through the short game). 8 hours were spent in multiplayer mode.

Parents: According to the ESRB, this game is Not Rated. This game contains Sexual Themes, Language, Alcohol and Drug References. This game is not for children. It has a lot of swearing, a lot of talk about sexual exploits, and lots of references to cocaine. I would assume that it would be a Mature rating, or one of the worst Teen ratings I could see.

Deaf & Hard of Hearing Gamers: Dialogue is done through text boxes exclusively. There are some voice clips, but it’s not necessary to know what is going on in the game.  It’s fully accessible. The text cannot be resized.

Remappable Controls: Controls are not remappable. With mouse and keyboard, all controls are left clicking with the mouse. On controller, players use the analog stick to move, A to select, and B to cancel/go back in menus.