Cruis’n The World At Top Speed 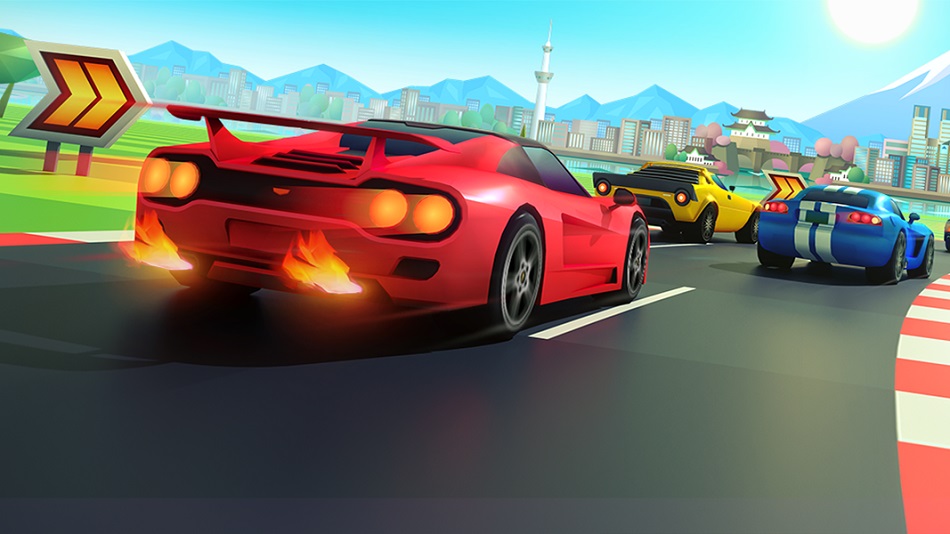 Low The repetitive play is best in small doses.

WTF I should definitely be dead after that crash….

Horizon Chase Turbo is a simple homage to old arcade racers like Outrun and Rush. These games are all about learning the track and using boost at the right time, and emphasize driving skill over items to mess with other racers.

Players have the option to play in world tour, tournament, or endurance races, and splitscreen multiplayer is available for up to four players in any mode.

World tour has players collecting race tokens and getting first place to win the gold trophy for each level. As players gain trophies, they’ll unlock new vehicles and parts for vehicles.

Tournament mode awards points for each race and gives first place to the driver with the most points overall. 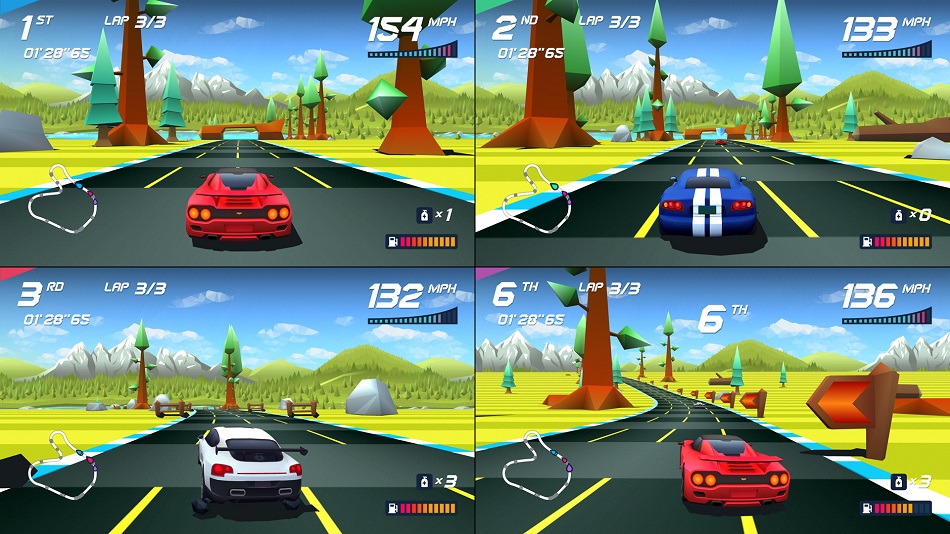 Endurance puts players through a series of random races, anywhere from a random set of 12 to all 109 in one series. Similar to tournament mode, players gain points and must be first overall to win. After each race, players will earn an upgrade to one stat on their car. The catch? Players must be at least in 5th place for each race to qualify to continue the endurance set.

Each area of the world has its own aesthetic, making each race beautiful. Japan tracks have neon colors and an interesting blend of city and nature areas, while Norway has players going through mountain passes and through snowstorms. There’s also a great soundtrack to go with it: a blend of synth and rock guitars with an upbeat tempo to go with the fast cars.

Playing Horizon Chase Turbo feels like going back to arcades in the days when I’d get a couple of dollars’ worth of quarters and race until my money ran out. Unlike those games, though, HCT is a bit easier thanks to some minor assistance through turns. It’s almost unnoticeable, but it’s there. However, the novelty and enjoyment wears off fast.

While the arcade classics I remember fondly were just as repetitive as Horizon Chase Turbo, I knew I was always on a time limit since I only had so many quarters. This kind of experience is best in small sessions, so being able to play as much as I want reveals how little gas is in the tank.

Also, another issue is that ittakes too long to unlock other modes. Tournament mode isn’t unlocked until halfway through the World Tour mode, and Endurance doesn’t unlock until World Tour is complete. By the time these new modes were unlocked, I had played through all of the levels and didn’t want any more.

While I enjoyed my time with Horizon Chase Turbo, I wished it was an arcade cabinet instead of something to play at home. Part of the arcade appeal was always seeing how long I could get on a quarter — having unlimited access to such a thing puts it in a new, unfavorable light that reveals the content was never meant for it. Rating: 5 out of 10

Parents: According to the ESRB, this game is rated E. It’s a racing game, plain and simple. Approved for all ages.

Deaf & Hard of Hearing Gamers: There is no dialogue in the game, so the game is fully accessible. 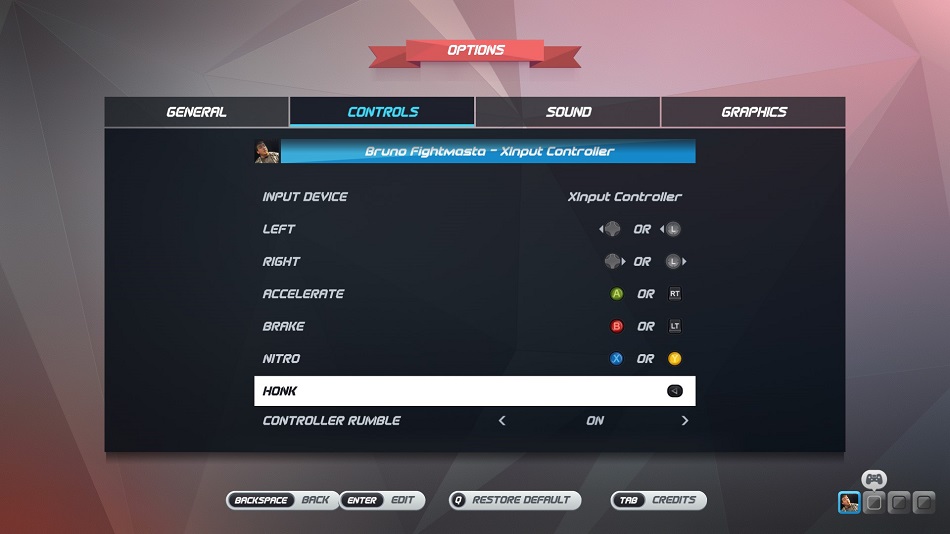