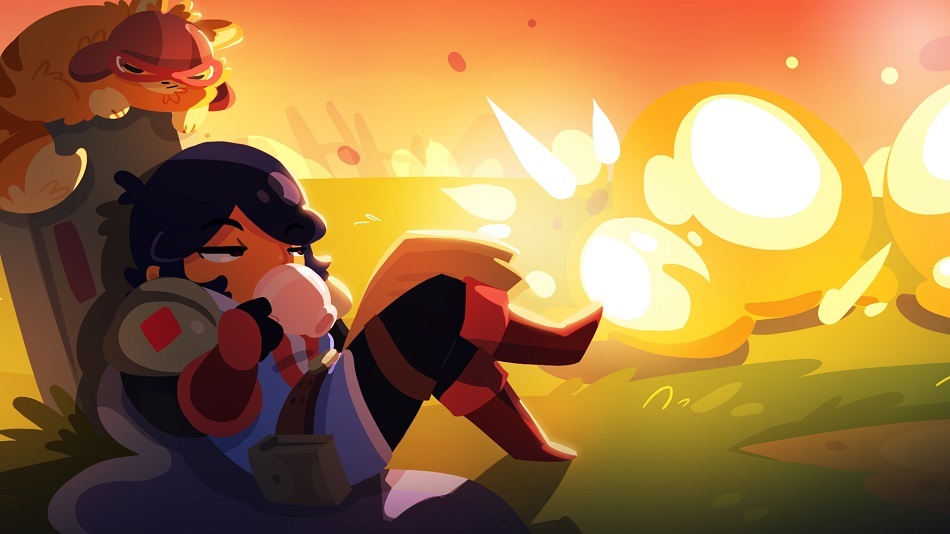 HIGH Unique characters that demand teamwork to be used effectively.

LOW Occasionally beating my head against a wall due to difficulty.

WTF Should they have tried to make this Minotaur so… sexy?

Local co-op games seem to be getting fewer and farther between these days, and what we’ve gotten lately has been uninspired and stale. The latest from Cellar Door Games aims to change that by not only offering couch co-op, but by delivering some soul, quirky humor and satisfying gameplay.

Full Metal Furies is a hack-and-slash action RPG inspired by Greek mythos where up to four players control women who call themselves The Furies in their quest to stop evil Titans from ruining mankind. Players will need to work together to defeat waves of enemies and fight powerful bosses to save the world from total annihilation.

At first glance FMF may appear to be a standard fantasy action RPG, but where the game immediately diverges is in its character selection. While most entries in the genre feature teams of characters that use the same styles of moves with slight variations in elemental affinity or speed difference, FMF has four completely unique characters that vary greatly, and the characters are divided into two styles — one pair focuses on ranged combat, and the other specializes in melee.

With the two ranged characters, one has a close-up pistol and the other has a sniper rifle that covers the entire screen. The two melee ladies also differ —  one is quick and strong for heavy hitting, while the other focuses on tough defense and tanking hits for the other members of the team. The dodge move available to each one also shows unique differences as well. Alex, the assault character, jumps over enemies and lands with a damaging shockwave while techie Erin rolls through enemies and does no damage, but boosts her own stats.

Also unusual for the genre, if players want to go solo, FMF still manages to shine. When playing alone, the game requires players to pick two of the four Furies to switch between, giving players opportunities to experiment with team composition. With this in mind, FMF brings a significant difficulty curve to the table. 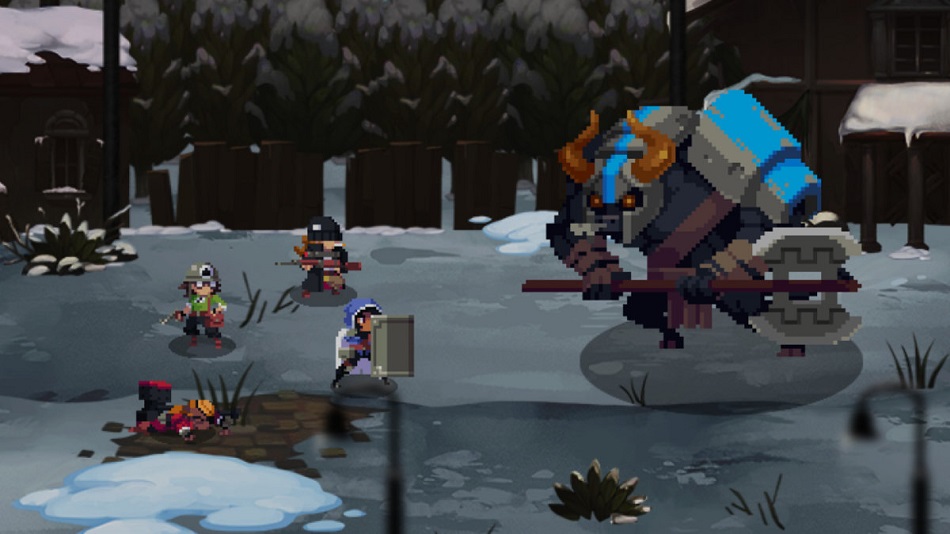 There aren’t any trash mobs in Full Metal Furies — everything is deadly and eager to kill players. The bosses have massive health bars and difficult sets of attacks. And yet, the game never feels unfair. Each enemy telegraphs their moves and players have the tools to be able to fight them. For example, enemies occasionally have shields that vary in color. The color determines which character will be able to deal damage to them, requiring the player to swap between teammates. Switching between characters also causes more damage with teamed linking abilities. Little touches like these emphasize teamwork in a way that I haven’t seen in a beat-’em-up before, and it’s executed perfectly.

While games in this genre are usually brief, Full Metal Furies offers players a mastery system that incentivizes replay. During the adventure, players will gain experience for abilities and weapons used. As they increase in levels, they’ll gain bonuses like increased health, speed or damage. Not only will their favorite character get these benefits, but the other characters will also profit by upping three skills each, with further variations to be earned.

Other small touches make FMF stand out from the beat-’em-up crowd as well. The camera, for instance, locks the borders of the fighting area for each encounter. This seems like no big deal but earlier beat-’em-ups allowed enemies to be thrown or hit offscreen, causing delays or letting them get ranged hits in where they couldn’t be reached. Since FMF keep enemies locked in where the player can see, these issues are sidestepped in a smart way.

Also, while grinding characters up never feels necessary, FMF does reward replay — there are a load of secrets to find which give extra gold and experience for character abilities. Additionally, players don’t lose EXP or gold if they fail a mission. This allows players to always work towards new abilities and upgrades even when failure strikes. There’s always a goal to look forward to and to work toward.

It’s also worth noting FMF‘s settings and accessibility.  The game uses colored shields on enemies, but also provides a colorblind mode that will physically draw a line to show which character can deal damage to an enemy if it has a shield around it. There are also tweaks for Deaf players via extra information to make sure they can find secrets without audio cues. If players don’t enjoy the story or don’t care for the humor of the character interactions, there’s also a tweak to turn off the plot and just play through the missions.

Grab a friend or three and make room on the couch — Full Metal Furies is a fantastic romp through an ancient world of titans and their mythological minions. The emphasis on teamwork, unique game tweaks, and humorous (and sometimes depressing) story has left quite a big impression on me, and got my gaming year off right.  Rating: 9 out of 10

Disclosures:This game is developed and published by Cellar Door Games. It is currently available on XBO and PC. This game was obtained via publisher and reviewed on PC. Approximately 18 hours were spent in single player mode, and the game was completed. The game offers co-op for up to four players, but no time was spent with this mode. Yet.

Parents: According to the ESRB, this game is rated E10+ and contains Fantasy Violence. It’s a hack and slash game. There’s no blood, so it’s just the fighting itself that pushes the game just above having an “E” rating. Nothing awful here, so it’s good to go for all players.

Deaf & Hard of Hearing Gamers: The game’s dialogue is all done through text boxes, so those that are hearing impaired will not miss anything from the main story. The game does have an option for the hearing impaired which helps in locating secrets. It’s fully accessible.

Colorblind Modes: Yes, the game does include colorblind modes.