Everyone’s Buzzing About It 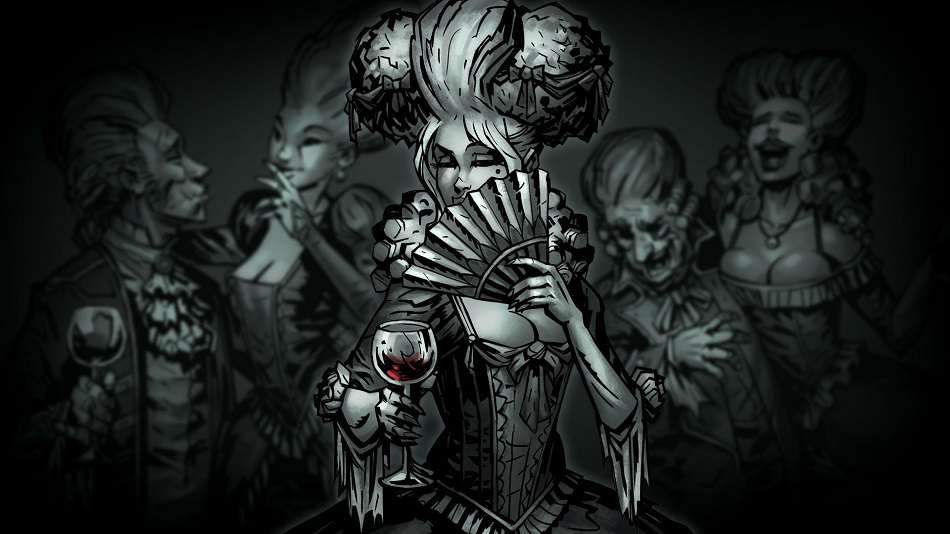 High A new, horrific experience added to the classic content.

Low Balance issues and scarce resources with the new additions.

Darkest Dungeon: Crimson Edition is a new, special version of the well-known roguelike RPG that emulates what happens to adventurers who spend their life fighting eldritch horrors. Players will recruit, manage, and care for an ever-changing and expanding group of adventurers, training them up from green heroes seeking fortune into battle-hardened masters who can face any foe without fear. For an in-depth look at the core content, a full review can be found here.

What makes this new release different from the original is the inclusion of new DLC titled The Crimson Court. This add-on brings a new character class, a new dungeon, and a new Districts element to the main hub world. It also adds a new gameplay mechanic called the Crimson Curse — this deadly disease can kill adventurers if they don’t get enough blood to sate their thirst. All of these elements are unfolded gradually over weeks of in-game time, and add to the atmosphere of the story.

The Flagellant is the newest character class. They are part of a unique religious order who believe sinners will be cleansed by the blood of the faithful. In practice, they’re a bulky melee fighter that can heal other characters by taking the stress and bleed damage themselves. Players then gamble with the Flagellant’s life, as more powerful abilities are unlocked when they dip below half health. This class requires a delicate hand though — there can only be one per team, and healing their stress requires the most expensive methods of relief.

The Districts add new buildings to the Hamlet that changes the game in many ways, such as free resources or ways of making resources go further in dungeons. Players are not locked to a specific order for districts, and can build any of the many options whenever they would like. Districts help give the players the ability to customize things towards matching their play style. It’s a small, but welcome addition.

The new dungeon is a garden outside the estate, and many items in the base game will be utilized differently in this area. Items formerly used for light will now be used for buffing characters and removing obstacles, while items that can heal will cause harm. The monsters that roam this place look to drink the explorers dry, all being versions of mutant mosquitos. Boss battles here are also significantly different than bosses in other dungeons, and feel well-designed for the atmosphere the new DLC is trying to immerse players in. 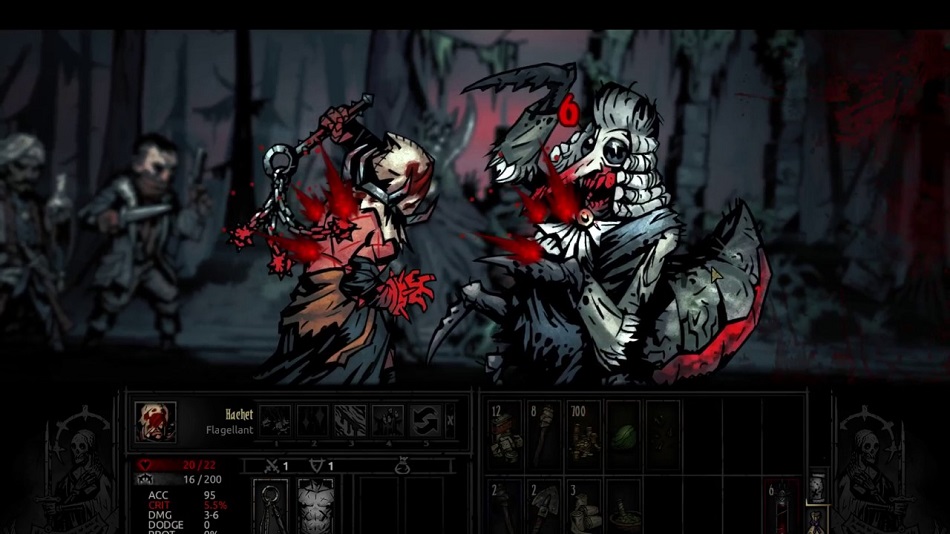 Finally, there is the Crimson Curse. As players explore the new area, their characters will get infected with the Curse. In practice, it’s a constant balancing mechanic. Infected characters have lower resistances, and require regular supplements of blood to be able to stay alive. Give them too much, and players may lose control of the character as they go berserk. Once the garden has been explored, the enemies that spread this disease will show up in all other dungeons, bringing the curse with them.

Unfortunately, The Crimson Court has issues — I realize Darkest Dungeon is supposed to be a difficult game, but this DLC is a bit too punishing for my taste.

Earning blood to feed characters is random and unreliable, and players are also required to use invitations every time they want to enter the boss dungeon. Like blood, these invitations are also a random drop. This randomness will have players doing a significant amount of extra grinding in a game that already had a lot of it. Further, the Districts don’t always seem worth the exorbitant cost required to build them.

The game also urges players to explore the first dungeon as soon as it opens up, and encourages the trip by reducing the effectiveness of healing in the Hamlet until the player goes there. While low-level characters must be part of the first mission, the required boss fight is grueling even with a full team of level two characters.

Darkest Dungeon: Crimson Edition is a great version of a great game for those who haven’t already experienced it, and fortunately, specific elements of the DLC can be turned on or off to allow new players to ease their way into the new material of the added DLC after becoming familiar with the base game. For those who enjoy a challenge, Darkest Dungeon delivers.Rating: 7 out of 10

Disclosure: This game is developed by Red Hook Studios. It is currently available on PS4, Vita, and PC. This copy of the game was obtained via publisher and reviewed on a combination of the PS4 and Vita. Approximately 35 hours of play were devoted to the single player, and the game was not completed. The new DLC was also not completed. There are no multiplayer modes.

Parents: According to the ESRB, this game is rated T and contains Violence, Blood, Sexual Themes, and Partial Nudity. Lots of fighting with weapons, but animations are stylized and not gory. There is a brothel in the main town which accounts for the sexual themes, and one boss is topless for 1-2 second intervals. There are no specific instances of sexual themes or nudity in the DLC content.

Deaf and Hard of Hearing: Like the base game, all text can be subtitled and no audio cues are necessary to play successfully.

Remappable Controls: There are no remappable controls for Darkest Dungeon: Crimson Edition.

Colorblind Mode: There is No colorblind mode for this game.