Fear Is A Strong Word 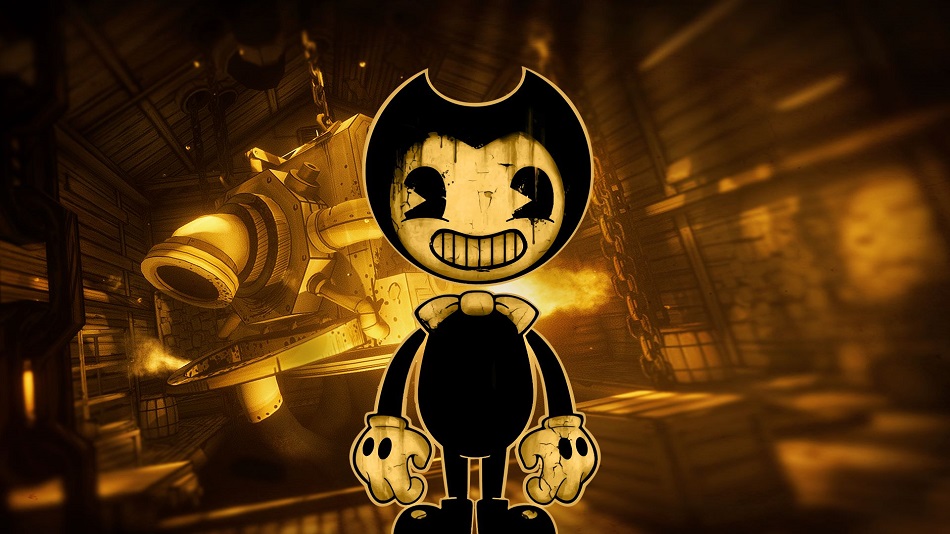 LOW The tension isn’t always there.

When I first saw Bendy, I was reminded of old Mickey Mouse cartoons. The hand-drawn-ish and stylized aesthetics caught my eye, and I knew it wasn’t going to be charming and lighthearted like old-time funnies. However, I had no idea just how effective the horrific atmosphere would be — Bendy’s abandoned studio, the sepia tones, and an ocean of endless ink sucked me in before making me desperate to escape, even if the game itself is functional at best.

This PS4 release of Bendy and the Ink Machine collects all of the PC episodes into one horror game where players control an animator named Henry Stein. By request of his old boss, he returns to Joey Drew Studios to see a “surprise” left for him there — audiologs that tell a story about how Joey tried to use an ink machine in combination with magic to create cartoons that felt lifelike and could interact with the public. When players inevitably turn on the ink machine, a demonic monster named Bendy chases the player through the studio and traps them in the building’s underground bowels. Players must travel through floor after floor of monsters, maniacs, and deadly ink to escape.

The bulk of the experience will see the player without a weapon, walking around the studio to find items in order to progress further. Puzzles found throughout the campaign are challenging, but don’t slow down the quick pace of exploration. One puzzle requires players to find a secret room hidden in the music studio, unlocked by playing musical instruments.  Another will have players using tin cans to lure and distract enemies in a maze while sneaking around them to turn power on in another room. 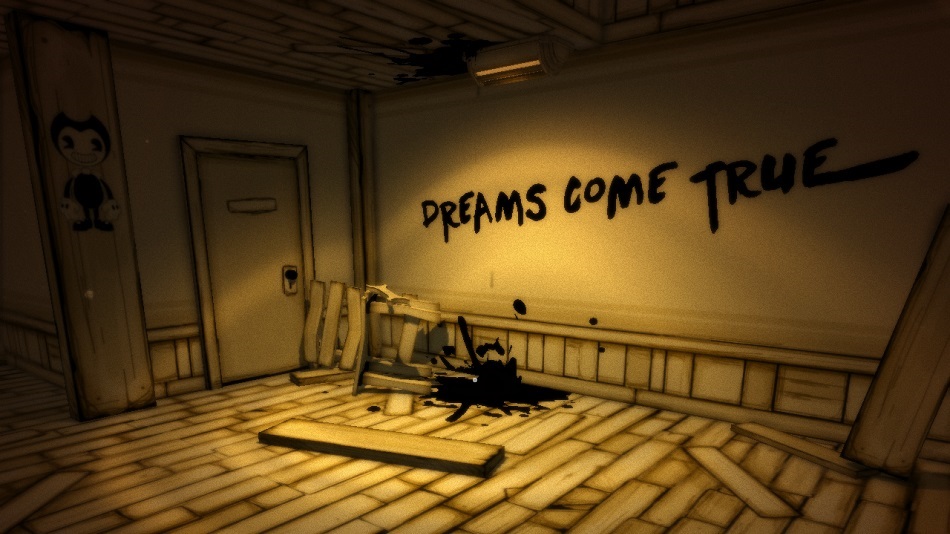 Where Bendy shines is atmosphere. There’s a real sense of dread that comes with abandoned buildings, and Joey Drew Studios is one of those places. The sound when a film reel flickers to life and plays a scratchy melody is an unsettling moment that intensifies that feeling, and as players explore, leaky pipes, creaky elevator gates, and the steady drip-drip-drip of ink all add to the fear of knowing that an evil a puddle of ink could rise up and strike.

Aside from the sounds of the empty halls, audiologs left by the employees reveal the story of the working conditions and the environment of the studio —  and largely, the excitement and dreams from the logs of Joey Drew himself. Despite the use of logs instead of a more active storytelling method, I was enthralled as the plot unraveled to reveal what was really happening with the titular ink machine.

While much of Bendy is atmosphere, when combat is necessary, it’s a shame that the spacing needed to hit enemies isn’t well defined, and winning in combat is unpredictable in a mechanical sense. It’s hard to fight monsters if it’s not clear where one must stand to hit them. Further, there’s only one mission when a demon the characters keep mentioning actually shows up. Its long absence made it feel like an empty threat, and when it’s around, it will completely ‘forget’ about the player when they duck into a hiding spot. It’s a little toothless.

Overall, I’ll fondly remember my time with Bendy and the Ink Machine. It’s a dark world with fantastic aesthetics and a compelling, if tritely-told narrative. While the horror tropes of revenge, abandoned places, and jump scares may be a bit cliché and the tension loses some punch at key moments, the exploration of a long-dark studio and the menace of creatures of black ink will stay with me. Rating: 6.5 out of 10

Disclosures: This game is developed and published by Joey Drew Studios. It is currently available on PS4, Xbox One, Switch, and Steam. This game was obtained via publisher and reviewed on PS4. Approximately 4 hours were spent in single player mode, and the game was completed. There is no multiplayer

Parents: According to the ESRB, this game is rated T and contains Violence. The description reads as follows on the ESRB’s site:  This is a first-person horror game in which players explore a 1930s animation studio overrun by cartoon characters brought to life. As players explore the sepia-toned studio, they can solve puzzles and engage in melee-style combat against fantastical creatures (e.g., ink monsters, cartoon characters). Players use pipes, axes, and machine guns to kill enemy creatures in frenetic combat; enemies generally disappear amid large splotches of ink when killed. Cutscenes depict additional acts of violence: a cartoon character impaled through the chest with a sword; a cartoon character lodging an ax into an ink creature’s head.

Deaf & Hard of Hearing Gamers:  There are subtitles available for the game, but they are not resizable. The pause menu will give players their current mission in bigger and bolder letters if they miss something. 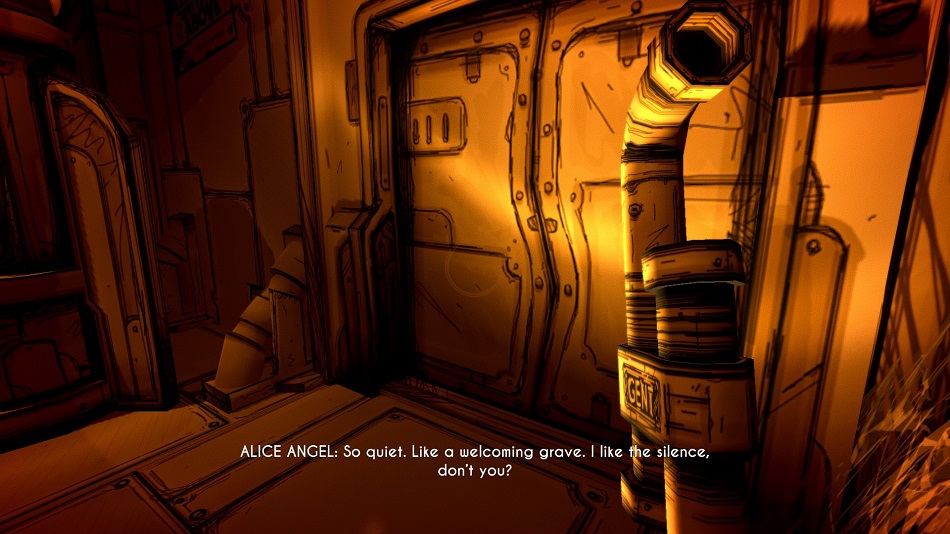 Remappable Controls:  Controls are not remappable. There is no control diagram. Players use the analog stick to move, X to jump, Circle to interact, L1 to run and R2 to swing a weapon.