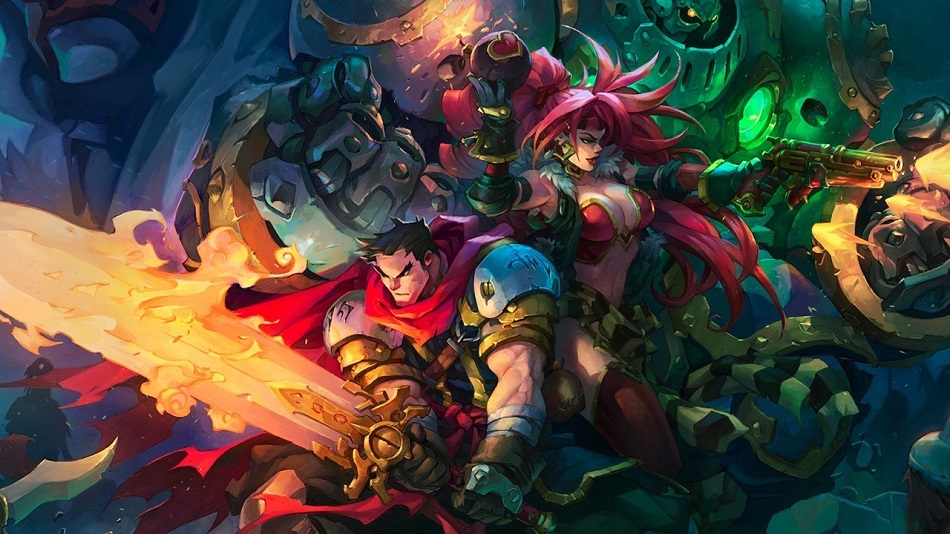 High: It’s a turn-based RPG that respects a player’s time.

WTF: What do you mean I’m not interesting enough to talk to you, merchant?!

I’ve played many JRPGs in the past spanning all manner of theme and style, and I’ve grown weary of problems that are common to the genre — things like hours of grinding, characters that are little more than tropes, re-watching long cutscenes progress thanks to problematic checkpoints, and more. I was prepared for things like these to crop up again with Battle Chasers: Nightwar, but it managed to surprise me.

Battle Chasers has its roots in the 1998 comic book of the same title, and embraces that style to give itself a unique visual personality. At points, some of the animated cutscenes make it feel like a living comic book.

While the art is nice, it’s the characters that brought Nightwar into a category of its own for me because the party members have so much personality and subvert tropes and expectations. For instance, the giant hulking robot Calibretto is the healer, while the tiny Gully is a tank. More examples come from resting at the inn — Calibretto gets into a fight with one of the other characters, Garrison, for being overprotective. The care that Garrison shows is a touching moment that one don’t expect from his gruff exterior. Calibretto also has a unique dislike for bandits, and he’s very vocal about it.

Players travel across an overhead map of a land called Lost Vale.  Nightwar encourages exploration to find all of its hidden areas and treasures. Dungeons offer three difficulty settings that will alter the layout, location of NPCs, enemies, and loot. Players can also repeat dungeons on a higher difficulty level to get more items, stronger weapons, and extra experience that will help mitigate grind later on.

The dungeons are procedurally generated, so players won’t have to complete the exact same layout multiple times. Small side quests will also reset in dungeons, allowing players to see both sides of a story. For example, one dungeon gives players the chance to buy rare items from two merchant brothers. However, the merchants will only do business with the player once they kill the other. Being able to repeat a dungeon allows players to be able to buy from both brothers, or get higher quality rare items from their favorite of the two merchants. 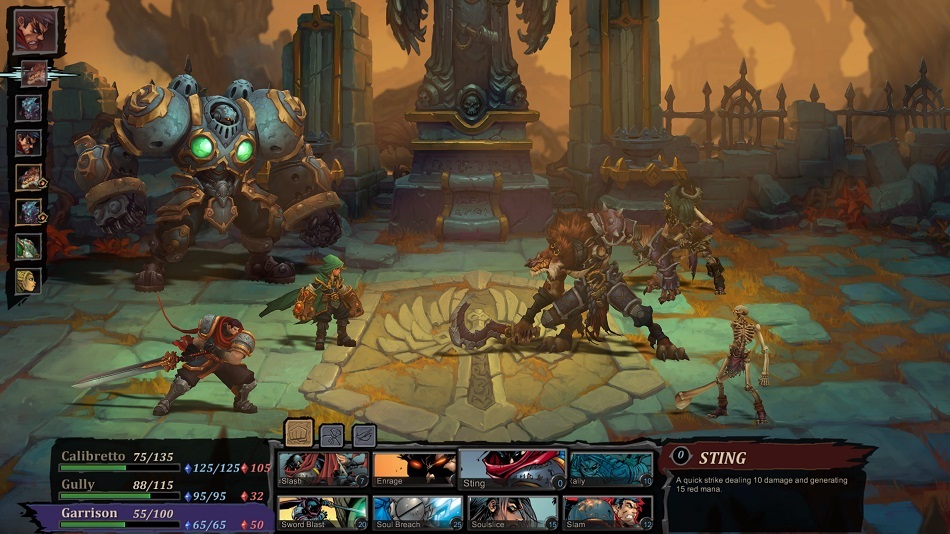 It’s a dangerous world out there, but Battle Chasers doesn’t bog the campaign down with random encounters. Instead, enemies appear on the map and can be fought when combat is desired. When a skirmish is initiated, Nightwar presents old-school turn-based combat. Characters have basic attacks that happen instantly and abilities that vary in speed and cost mana to activate. Basic attacks also generate “overcharge” — temporary mana used in place of the character’s slim mana reserves.

Each character also has a powerful and unique set of “burst” moves. The party doesn’t share health or mana, but they all do share the same burst gauge. Managing different ability speeds and the resource management of each character as well as the shared burst pool give encounters a bit of strategy that I found hard to put down.The hook comes from the amount of things that each character can do — Nightwar has abilities and character combinations that allowed me to play with the team I wanted without being at a disadvantage in battle.

When battle isn’t desired, the only safe town is called Harm’s Way. This burg will give players a chance to rest, resupply in the shops, and craft items. The inventory in shops will periodically cycle, but will only stock stronger items when players invest in the town and upgrade the buildings.

While it’s a generally solid adventure with some nice surprises, the difficulty spikes and lack of restorative items to create or buy made me feel like each new area I reached forced me to start over on the power curve and progress would slow — enemies would do significantly more damage, and I was doing significantly less. The PS4 version also has a nasty bug that will cause random crashes, although the autosave function is frequent, so I never lost much progress. However, factor in the PS4 load times, and every crash ran about 4-5 minutes to get back into the game.

In the interest of full disclosure, I backed this game on Kickstarter before starting to write for Gamecritics, and as of the time this review is being written, I have not received my backer copy. I’m sure a patch will fix the crashes soon, but otherwise, Battle Chasers: Nightwar is one of the few RPGs I’ve played recently that respects the player’s time and rewards them with story beats, smart dungeon designs and great characters. It may not be perfect, but when it comes to RPGs, it’s a step in the right direction. Rating: 7 out of 10

Disclosures: This game is developed by Airship Syndicate, published by THQ Nordic. The game is currently available on PS4, Steam, and XBO, with support for the Switch coming in the future. This copy of the game was obtained via publisher and reviewed on PS4. Approximately 20 hours of play was devoted to single-player mode, and the game was not completed. There is no multiplayer mode.

Parents: According to the ESRB, this game is rated T for Teen and includes Fantasy Violence, Mild Language, Suggestive Themes, Blood and Gore, and Alcohol References. Some of the female characters have revealing clothes, but nothing too lewd. The game does feature characters using swords, guns, and magic to kill monsters, but it doesn’t focus on gore. Blood will only appear when the “bleeding” status is specifically inflicted and only for a brief moment onscreen for 1-3 seconds. Alcohol is referenced in the town pub, and in a brief scene where a bandit character has too much to drink. I didn’t run into any language that would cause trouble for teenagers.

Deaf & Hard of Hearing Gamers: All dialogue is subtitled, in-game and in cutscenes. There are no audio cues needed for successful play. This game is fully accessible.

Colorblind Modes: There are no colorblind modes available for this game.