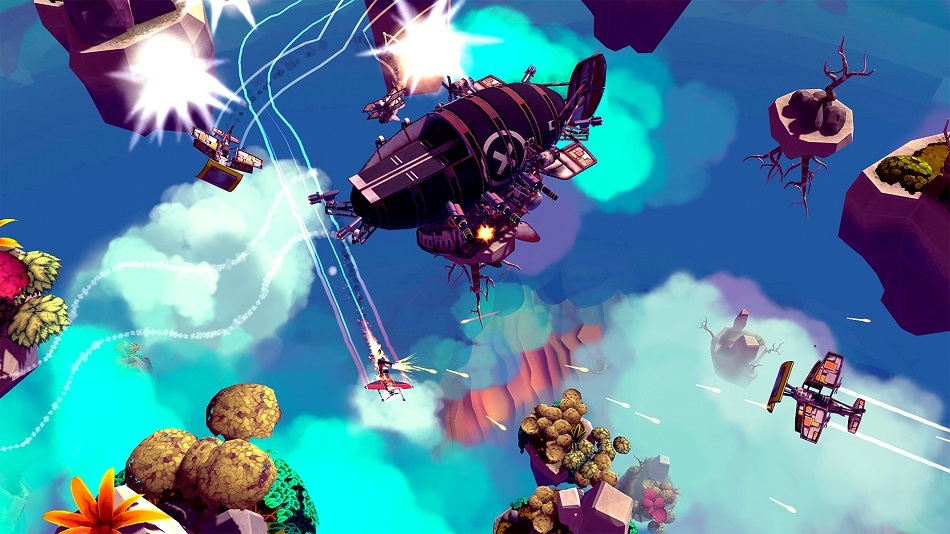 HIGH The concept of the game is novel.

WTF So, the game lost my save file. Again.

Airheart offers roguelike plane combat — an interesting concept since most roguelikes are set in dungeons or in fantasy realms. This difference piqued my curiosity, but I found that it flew a bit too close to the sun.

Players take control of Amelia (I see what they did there) — a pilot/skyfisher wanting to reach the upper levels of the sky above Granaria because rumor has it a Skywhale lives in the stratosphere. With a legendary catch like that, Amelia would be set for life. However, the air has become dangerous due to pirates , so she’s got her work cut out for her as she tries to search for the catch of her life.

For most of the game, players will be exploring each level of the sky – it’s divided up into sections filled with fish and pirates. Players will catch fish to earn cash they can use to upgrade their plane and weapons. The better the plane, the easier it will be to fight pirates and get to upper levels of the skies. Every four sections has a boss that players must defeat to go upwards to the next level. At any point, players can return home to bank any money they have. Recommended, since resources are lost if Amelia is shot down.

Combat is nothing special. One analog stick controls the plane while the other aims the gun. Players also have a harpoon they can use to catch bigger fish or enemy fighters — one neat twist is that can be hauled back to base and disassembled. 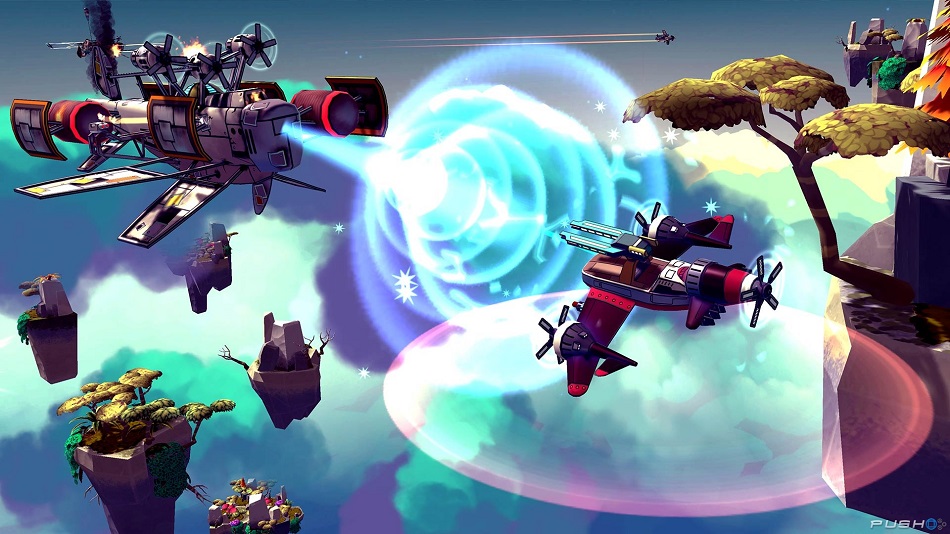 The other side of Airheart is crafting. As players fight and explore, they’ll also pick up scrap they can use to build parts to upgrade the plane. This takes a bit of work and grinding, but there’s also an in-game shop to buy parts instead of building them.

While this all seems solid on paper so far, Airheart ends up being too punishing. For example, it’s possible to “overfish” a section, which means that area will be devoid of resources. Fighting enemies doesn’t give any cash directly, but does award scrap and parts to craft items. Unfortunately, most parts are only crafted after multiple failures, and I wouldn’t be so concerned about failures except that each botched attempt costs money! In the early game this is brutal. It becomes easier when late-game fish earn players more money, but the grind to get there is a slog.

Another way the game feels unfriendly is that progression seems so minimal. Grinding for fish is a chore at best, and crafting doesn’t possess the value it needs to be worth the trouble. Buying plane parts is also problematic because some items have specific pieces of information that are critical to know, but the info is hidden until purchased. In one instance, I broke my bank buying a part that was perfect for up-close melee flying, which would have been great if I hadn’t just outfitted my plane with a long-range sniper gun. This kind of information opacity turns a game that’s already a slog into something that’s actively a waste of the player’s time.

Also, if Amelia runs out of health while exploring she’ll start to crash, which means she plummets downwards through all of the layers of sky she passed through on the way up. Players will need to navigate this descent and make it back to Granaria itself. If they do make it back, they’ll lose some items and fish. If players collide with objects on the way down or miss the city? Time to restart from the beginning with no money and no hard-won blueprints to craft with.

Technically, there are issues with collision — there were many times when a much-needed health pack would appear only to be inside an object where it was unretrievable. Worse, the game glitched and lost my save data not once, not twice, but three separate times during my review period.

I wanted to like Airheart. The concept of a roguelike with air combat, exploring worlds, and creating my own plane is a good one. Unfortunately, buggy game mechanics, lackluster crafting and the awful grind for money shoots this little ship out of the sky. Rating: 3.5 out of 10

Disclosures: This game is developed and published by Blindflug Studio AG. It is currently available on PC, Xbox One, and PS4. This game was obtained via publisher and reviewed on PS4. Approximately 10 hours were spent in single player mode, and the game was not completed. There is no multiplayer modes.

Parents: According to the ESRB, this game is rated E10+ for Violence and Mild Language. There is a D*** and a s*** occasionally, but it’s rare. The violence is just shooting between planes. it’s nothing too intense.

Deaf & Hard of Hearing Gamers: There is some dialogue in the game, but it’s all in splash screens with captions. The game is fully accessible. 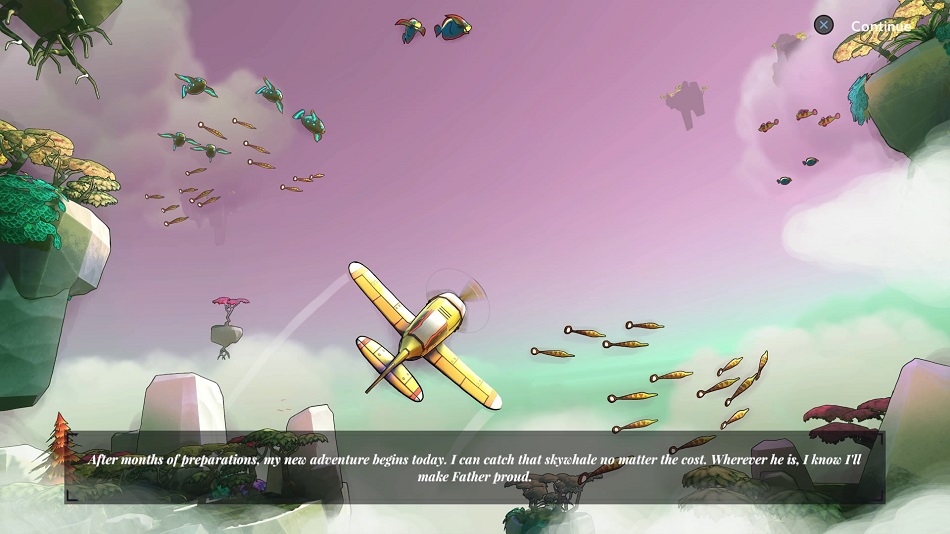 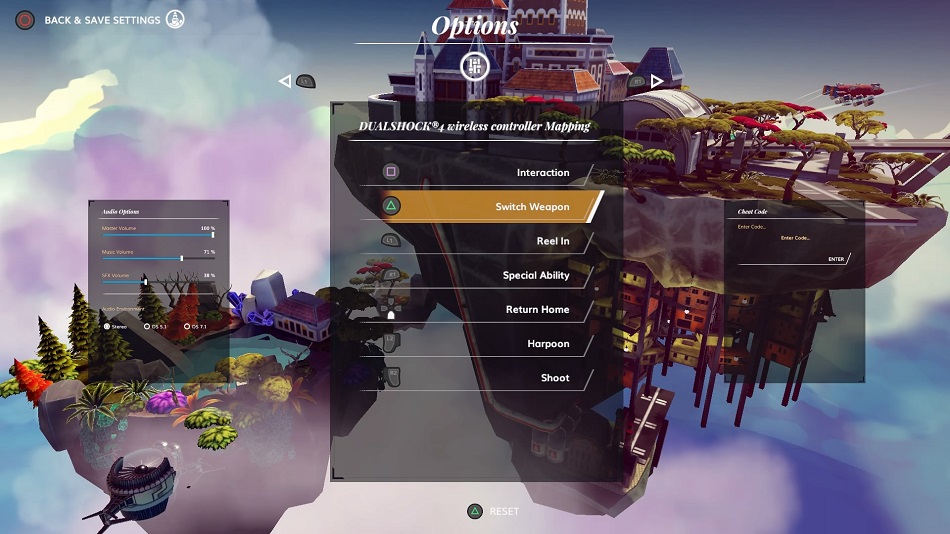