I'm sure nobody has missed this, but I felt compelled to write something after reading a recent comment on the front page of the site. Pushing my tolerance to the brink, I'm ashamed to bring you David the Grammar Nerd, Volume 3: Thinking Before You Speak.

While I covered basic Netiquette in the previous installment, I think it's important to continue. I'm not sure why, but when people are on the internet, they feel some sort of license to say whatever they feel like, whenever they feel like it. 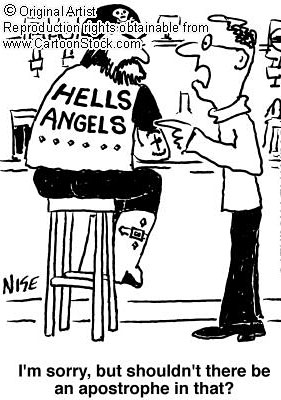 We've seen this come up recently with Xbox Live explaining how they determine what is or is not acceptable on the service. Stephen Totilo posted an interesting interview on Kotaku explaining how new vernacular had to be monitored constantly and for context. But sometimes, people can be both plain hurtful, or to quote Mike Bracken, "retarted" (yes, full of irony).

Because of this sort of nonsense, I have not had an Xbox Live Gold account in years. I never play online for the simple fact that I don't want to hear anybody's voice—ever. While I know I can mute it, communication is an important part of the multiplayer experience, which is why I prefer to be able to punch someone who says something stupid while I'm listening. Until Project Natal allows me to reach through the screen and punch some jerk right in the 'nads, I'm going to be an offline gamer for a long time to come.

This is mere distraction.

What is important is having respect for others inasmuch as you would like to be respected. The older I get, the more apt the Golden Rule seems to be. It's not much to ask, is it?

The wonderful part about communicating by text is that you have the ability to edit before hitting a "submit" button. How different would our divorce rate be if we could all do this in our verbal lives! However,  I would like to use a recent comment as a great example of what not to do.

THE SITE IT IS TODAY?

You guys have been circling the drain for years now. It's almost as if you hung on for ten years just so you can celebrate a tenth anniversary.

Gamecritics has become a running joke – you've contributed very little to raising the level of discourse over the years and only manage to embarris yourselves with your continued existence.

Wake up, time to die.

Where shall we begin? First let us discuss the actual dialog.

– Is the first statement necessarily a shouted one? Of course not. Thus, capital letters are not necessary.

– I covered "lol" in the first edition, but it is worth noting here.

– Commas are missing in the second and final paragraphs.

– The name of the site is GameCritics, not Gamecritics. The banner at the top indicates this.

– There is an improper use of the hyphen. There should be a period instead.

– Check the spelling of "embarrass." In this day and age, spellcheckers or a quick search on Google will reveal the proper spelling.

– "Wake up, time to die" is paradoxical and mixed metaphor.

Allow me to present the corrected trolling:

You guys and females have been circling the drain for years now. It's almost as if you hung on for ten years, just so you can celebrate a tenth anniversary.

GameCritics.com has become a running joke. You've contributed very little to raising the level of discourse over the years and only manage to embarrass yourselves with your continued existence.

In my views, it is time that the site ceased its existence.

There, much better, no?

I have always been open to dialog and criticism. It is unfair to be a critic and not be open to the possibility of being criticized myself. But is there a constructive purpose to this post? Does it serve any purpose other than to attempt to elevate the poster's own ego? By using an alias—and an incredibly unimaginative one at that—the poster is simply hiding behind a veil of cowardice.

I would actually be offended by it if it wasn't incredibly amusing to pick it apart for its own inanity. So internet trolls beware: There are many people smarter than you are who are too busy laughing at your expense to care about what you have to (not) contribute. Use that editing ability the internet has provided to (if I may paraphrase the above poster) raise the level of discourse yourselves. The irony in decrying degradation of discourse by contributing such drivel does not serve your purpose.

I beg you, Internet, to please stop giving me grist for my mill. However, I'm now extremely certain that I will be adding more Grammar Nerd in the future.

On the other hand, you’ve got to love the reference to ‘Invasion, USA’, right?