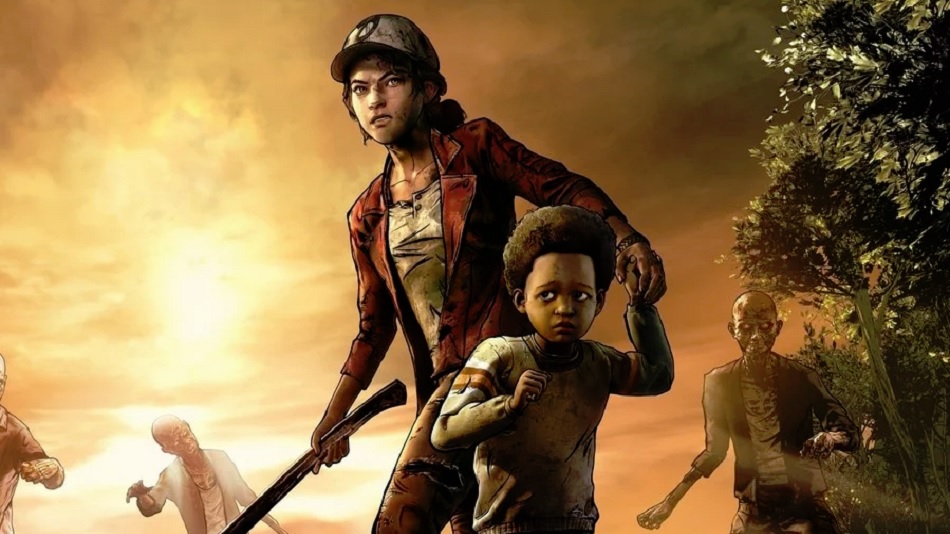 HIGH Additional room for exploration and bonding between characters.

LOW The plot feels too familiar and predictable.

Clementine has been through a lot. She was only eight when the zombie apocalypse began and left her alone, both parents dead. The friends that took care of her either died, went missing or betrayed her. In The Final Season, Clementine and her last remaining companion, Alvin Junior (AJ), continue their many struggles to survive in a season that’s both refreshing and too reminiscent of its prequels.

The Walking Dead: The Final Season is a third-person cinematic adventure game in which the player controls series star Clementine. Play relies on scripted scenes with dialogue choices that alter the narrative, but also includes exploring in small, discrete areas between story beats.

The Final Season is set at a boarding school where children reside. Their ages range from 8-18, so AJ (born during the apocalypse) and Clementine (now a young adult) fit in perfectly. The main conflicts of both episodes take place here, and the school is both a hideout and an explorable area. Having only young people around and also having a safe room to call home inside a stronghold had a refreshing effect on how these episodes felt — Clementine could finally build on something stable and new, and I as the player would be able to build it. 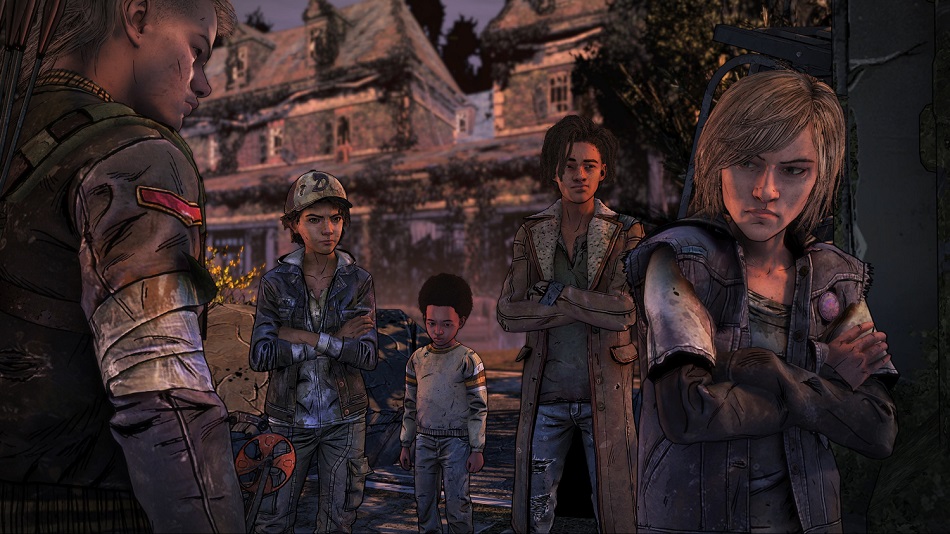 I was also relieved to see Clem, mother-figure to AJ, back together after a separation without any complications. The bond between the two takes center stage, and dialogue choices determine the mentality AJ will have as Clementine constantly teaches him about the zombie apocalypse, the nature of humans, and the cruelty of survival.

For example, when AJ rehearses principles concerning the use of guns, the player can choose what Clementine will remind him of. Either ‘aim for the head’, ‘don’t hesitate’, or ‘keep the last bullet for yourself’. AJ will then employ the player’s advice during gameplay situations where it’s called for. This aspect reminded me of Lee’s relationship to Clem in The Walking Dead‘s landmark first season, and now that she’s come full circle, I felt rewarded for going on her journey.

Another noteworthy aspect of The Final Season is the potential to build relationships with characters. My choices during a game of cards or during a private chat surfaced later as the episodes went on, and the comfortable pace made me feel like I was communicating with actual human beings instead of preprogrammed robots. 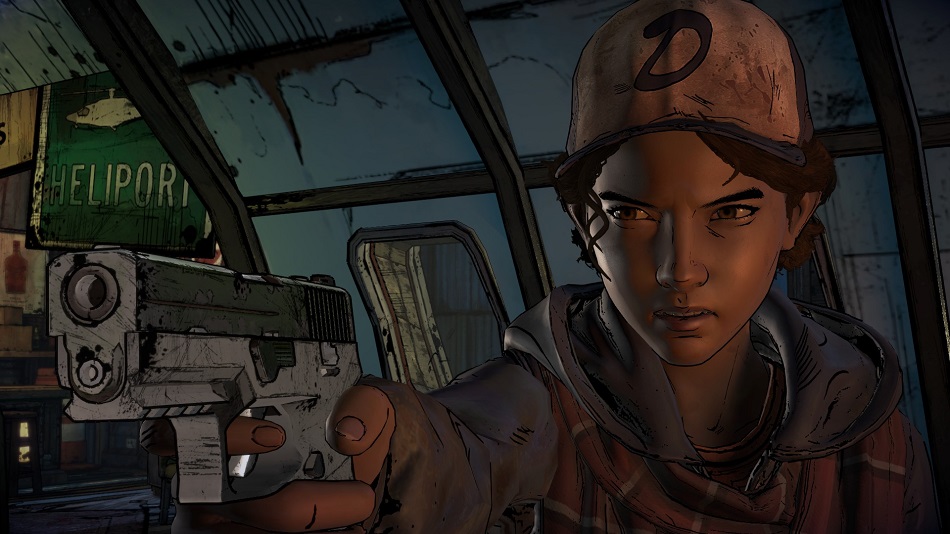 This is most noticeable with two particular side characters, both romance options. Louis is a boy her age, and a musician who tries to keep things light. However, he holds a grudge against Clem regarding certain events. Violet is a pessimistic girl who’s lost her girlfriend to a group of raiders. This pair felt real to me, and of course, as the player chooses how Clementine will bond with them, they stay true to their personalities when the story progresses.

Unfortunately, the positives of The Final Season are dulled by a lackluster script.

The first episode served to build character and was consistently written, but the downside is that there was a definite lack of action. This wouldn’t have mattered if Episode 2 started picking up, but it doesn’t. While building up the defenses of the school, Clementine yet again interacts with the group in a way similar to Episode 1, and though the character work was solid, it did feel repetitive. What’s more, the action sequence in Episode 2 was also quite dull — A New Frontier, the prequel to The Final Season, was full of similar content, so it felt recycled this time around.

While I’m intrigued by the promise of the relationship between Clementine and AJ, these first two episodes of The Final Season don’t honestly stand out in any other way. The climax of this season is yet to come, though — I can’t wait to see if Skybound (TWD creator Robert Kirkman’s company, who just promised to finish the series) will deliver on what could be a final rollercoaster of emotions. Maybe there is light at the end of the tunnel for this series, and for Clementine as well. Rating: 7 out of 10

Disclosures: The Walking Dead: The Final Season was developed and published by Telltale Games and is available on PC, Xbox One, PS4 and possibly later in 2018 on Nintendo Switch. This copy of the game was reviewed on PC. Approximately 2.5 hours per episode were devoted to the content and it was completed. There are no multiplayer modes.

Parents: The Walking Dead: The Final Season received an M from the ESRB for Intense Violence, Blood and Gore and Strong Language. The game includes the shooting of people and zombies, as well as stabbing, slicing, struggling and other cruel ways of combat with clearly visible blood. There are also children dying from wounds present.

Deaf and Hard of Hearing Gamers: All dialogue is subtitled, and the text can be resized. There are no audio cues needed for gameplay. This title is fully accessible. 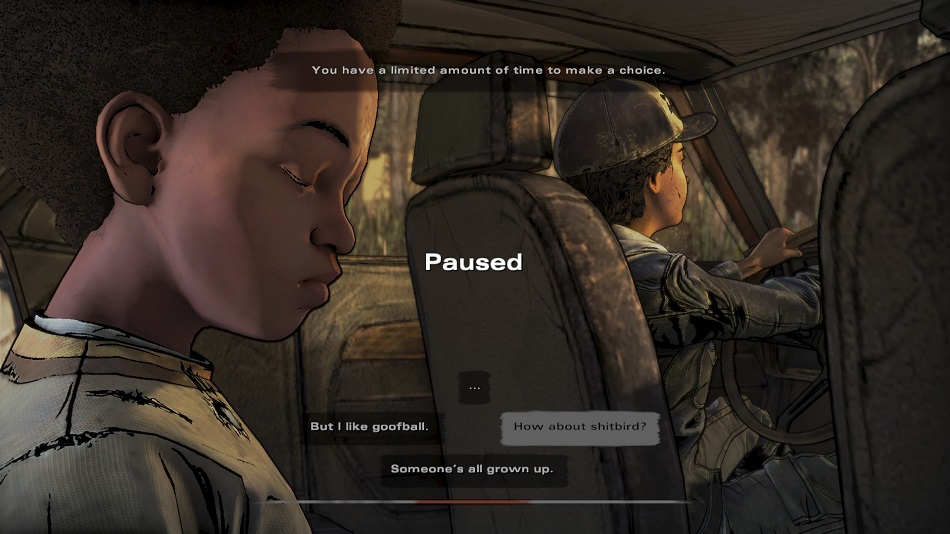 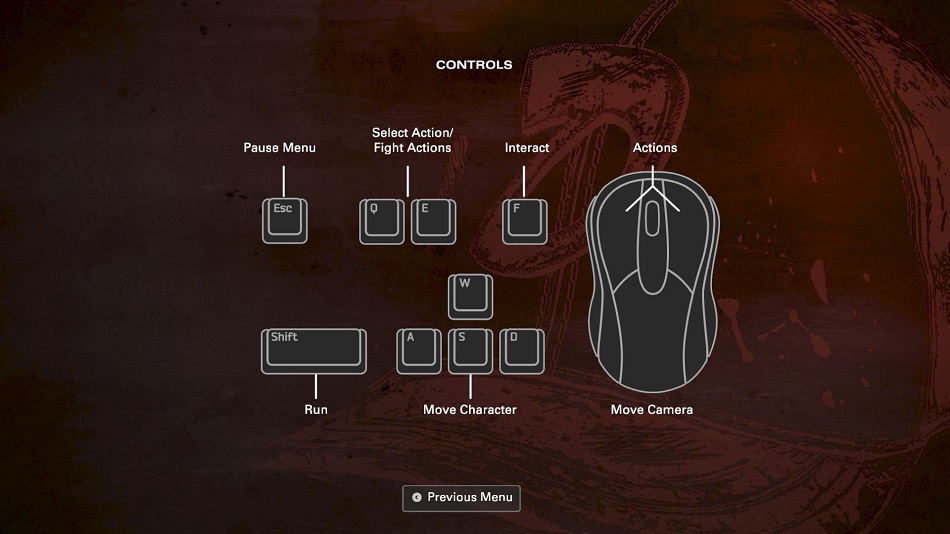