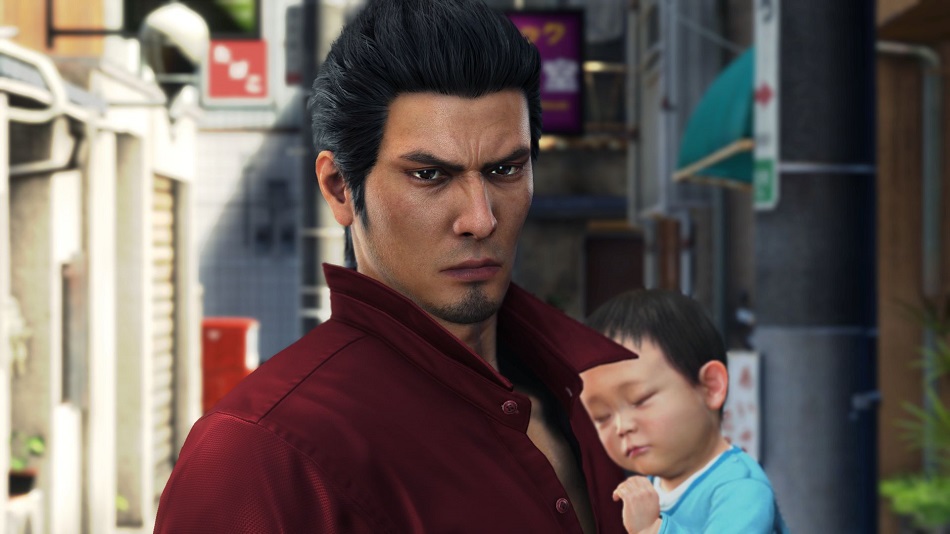 LOW There’s a serious lack of Goro Majima this time around.

WTF That Hangman enemy was… unexpected.

Yakuza 6: The Song of Life begins shortly after the events of Yakuza 5. Series protagonist Kiryu and several of his criminal associates wind up arrested by the police, and the next few years pass with our monstrously-destructive-but-actually-super-nice hero cooling his heels in the slammer.

Life, of course, carries on in his absence, and it isn’t long before he’s released into a world he barely recognizes — a world full of cat cafes, smartphones, robotic vacuum cleaners, and irritating faux-youtubers making complete bastards of themselves in public. Still, some things haven’t changed in the seedy alleyways of Kamurocho. Street gangs vying for supremacy never seems to go out of fashion there, and it’s Kiryu’s destiny to forever be embroiled in their murky goings-on.

This time, Kiryu’s rampage is a deeply personal one. Haruka Sawamura, his adopted daughter from previous games, has been missing for the past few years. She returns in spectacular style, having had a child during her absence and then getting immediately run down by a car and put into a coma whilst protecting said child as soon as the story begins.

This is fantastic for the player, as it accomplishes two important things right off the bat — it immediately removes the most insufferably boring character in the franchise for the immediate future, and also gives Kiryu an excellent reason to head out and start viciously dismantling anyone who gets in the way of finding out A) whether it was really an accident,  and B) uncovering just who the father is. 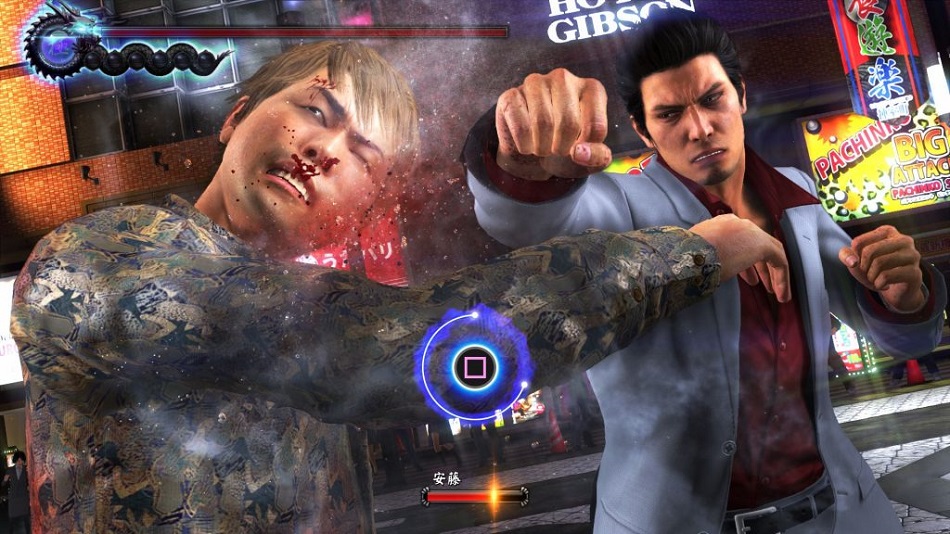 Returning players will notice how damn pretty the game looks now. Sure, it’s dropped from 60 frames per second to a less impressive 30, but the tradeoff is worth it. There’s way more detail than ever before in both the city and character models, loading screens whilst walking into buildings are all but gone, and the grimy streets of Kamurocho – and later, Onomichi – have never looked better.

The combat system has been revised for this release, too. There’s now only one fighting style available for Kiryu, which might seem like a downgrade but isn’t as bad as it seems — the new style is well-rounded one and allows him to smash skulls into dust regardless of the situation. Non-environmental weapons have largely been removed from proceedings as Kiryu can no longer carry them outside of battle, although they can still be taken from opponents and utilized in terrifying ways.

The biggest change to combat, though, tends to be in relation to the enemies around him – collateral damage to the environment is far more prevalent than it used to be, especially since chucking one thug into another can easily cause a pinball effect where they bounce around and take loads of damage. Assailants are smashed into windows, get hurled through glass doors and upend rows of parked bicycles as they get booted around. It initially looks rather bizarre to see enemies ricocheting around the place like they’re made of rubber, but that oddness soon passes.

The other big change to combat is that Kiryu can now use his “Heat” gauge to perform the same irritating aura technique that Yakuza‘s bosses usually do when low on life. Using it, he can power through many attacks without flinching, can’t die before it runs out, automatically uses nearby weapons in his attack strings, and gains access to a bunch of new special moves that activate over-the-top cutscenes where Kiryu does something spectacularly violent that would undoubtedly kill the recipient in real life. They’re great. 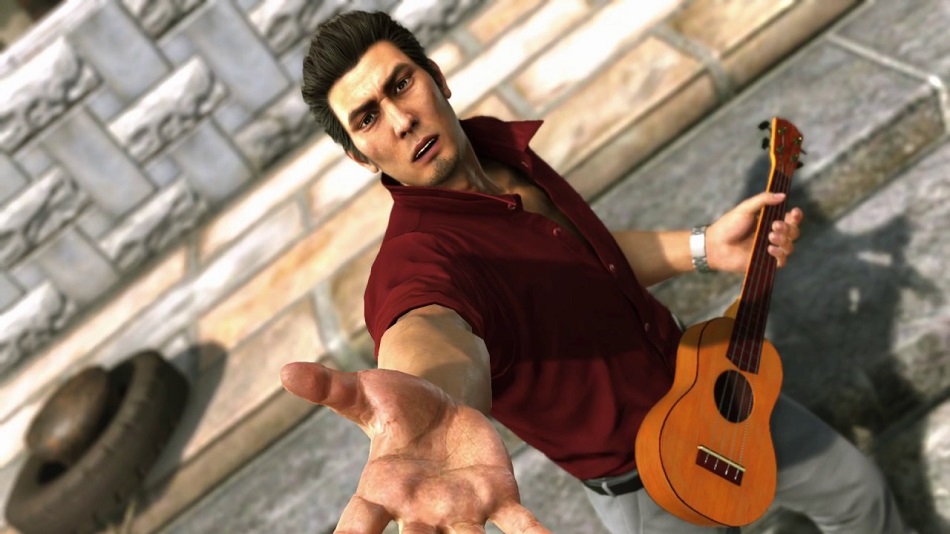 In keeping with series tradition, there are a ton of things to do when wandering around Kamurocho and Onomichi, including visiting bars and hostess clubs, hitting balls at to batting centres, and playing arcade games at Club Sega branches. Even better, the Virtua Fighter 5 Final Showdown and Puyo Puyo machines are fully playable alongside older classics such as Outrun, Super Hang On and Fantasy Zone. The only downside is that these aren’t networked for online play, though they can be used with another player locally.

One small letdown is the seemingly major addition of an all-new clan creation system. While the prospect of having a bunch of underlings running around Tokyo wrecking rival clans sounds awesome in theory, it’s little more than an overly-simplistic minigame where timers build up and units are deployed into each city. It’s possible to improve units and assign leaders, but there’s not much else to it – a shame, because it sounded like a great addition. I can’t be too upset though, the series is already drowning in excellent side content.

Honestly, there’s not much to dislike about Yakuza 6. Without spoilers I can say that the overall story does come up short when stacked against the incredible Yakuza 0, but it’s still a joy to take Kiryu out for a stroll in the most meticulously-crafted and comically-dangerous rendition of Japan ever offered.

Disclosures: This game is developed by Ryu Ga Gotoku Studios and published by Sega. It is currently available on the Playstation 4. This copy of the game was obtained via publisher and reviewed on the Playstation 4. Approximately 45 hours of play were devoted to the single-player mode, and the game was completed. There are no multiplayer modes, though certain minigames have an online element to them.

Parents: According to the ESRB, this game is rated Mature and contains Blood, Intense Violence, Partial Nudity, Sexual Content, Strong Language and Use of Alcohol. Honestly, it’s not for the kids as it features a ton of swearing and violence. Kiryu’s a pretty cool role model, but he also has a terrifying propensity to smack his enemies with a sledgehammer or drive a knife into their gut which might send the wrong message about appropriate conflict resolution to young ‘uns. That microwave heat action? Savage.

Deaf & Hard of Hearing Gamers: Yakuza 6 does a great job of accessibility. The whole game is subtitled, has plenty of onscreen indicators for when something needs to be done, and rarely if ever requires the ability to hear enemies or audio prompts that don’t also show up onscreen via those indicators. It’s fully accessible.