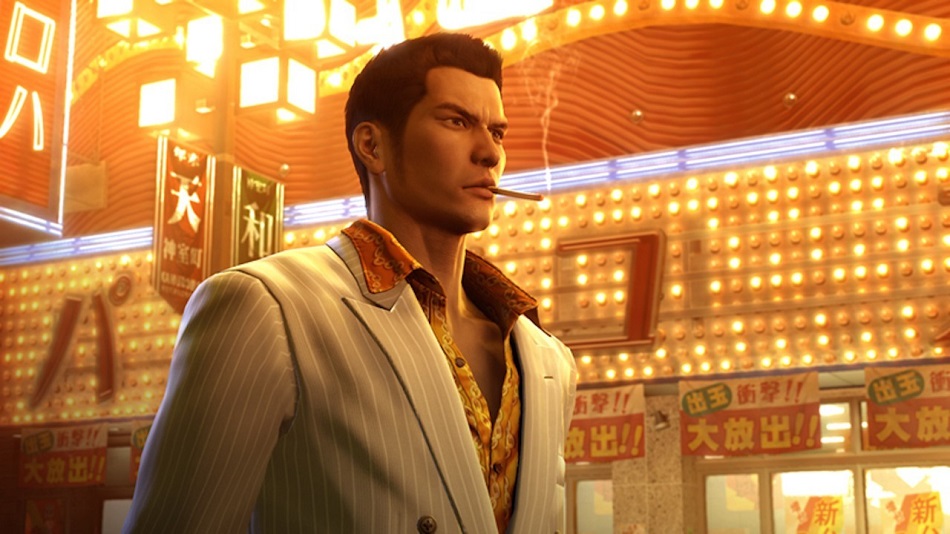 HIGH Putting a chicken in charge of a high-profile financial district.

LOW Enemies equipped with firearms are a time-wasting annoyance.

It’s fair to say that the long-running Yakuza might have become a bit impenetrable to newcomers. With the sixth installment recently released in Japan, some who’ve yet to try the series have expressed concerns about where they should start to get the most out of the storyline. Thankfully, Yakuza 0 provides an excellent answer to this question — anyone interested in jumping in should start right here, right now. Partially because it’s a prequel largely unaffiliated with the overarching, interconnected narrative from the other installments, but also because it’s an utterly fantastic game.

Yakuza 0 is set during the financial heyday of 1980s Japan and focuses on two main characters before they became infamous. Original series protagonist Kiryu Kazama’s story has him trying to find the truth behind being framed for murder whilst entire branches of the Yakuza he’s forced to leave do their level best to put him in the ground. The campaign also stars an exiled Goro Majima, with a focus on the lengths he’ll go to in order to win his way back into his clan’s good graces. Thankfully, they’re both exceptionally engaging characters.

The resulting storyline that Yakuza 0 weaves is, without hyperbole, one of the best to be found in videogames. Not least because it understands the basic importance of building up its villains as a bunch of irredeemable bastards that deserve to have their faces smashed in with whatever’s at hand, but it shouldn’t be mistaken as a straightforward revenge tale, either — allegiances constantly shift and twist, and while some events do come across as somewhat improbable or overly convenient in places, it makes for a genuinely gripping tale laced with excellent characterization for all involved. It’s also supported by a truly superb translation that highlights the script and allows the excellent direction to shine through.

So the story is aces, but what’s the gameplay like? It’s essentially a semi-open world title set in the fictional Kamurocho district of Tokyo and the Sotenbori entertainment district of Osaka. Inspired by real locations, they’re as authentically Japanese as anything in gaming has to offer, minus the citizenry’s predilection for constantly picking fights with characters who could ram them headfirst through a wall without breaking a sweat. Each district is densely packed with a ton of sidequests and diversions, from things like helping random people on the street, throwing strikes in a bowling alley, going out for food, or just sitting down in an arcade and playing a bunch of faithfully replicated classic Sega arcade cabinets like Space Harrier or Fantasy Zone. 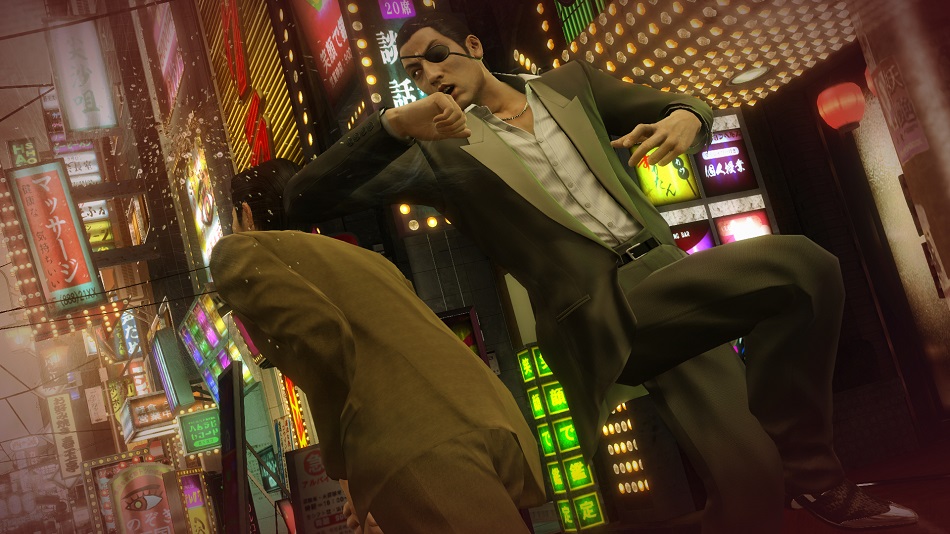 At its heart, though, Yakuza 0 is an old-school brawler. Both Kiryu and Goro are capable of learning up to four fighting styles apiece, though two are hidden behind extensive side missions that require serious effort to unlock. I became a big fan of Kiryu’s slow-but-vicious ‘beast’ mode which has him automatically pick up objects lying around and start smashing enemies with them in impeccably brutal fashion — whole groups of baddies get swatted as he hulks out and goes on a total rampage. Goro Majima doesn’t come up short in comparison, either. Whether smacking the hell out of opponents with a baseball bat or breakdancing across their frail and vulnerable faces, there’s an approach to suit every player.

However, in fairness, it has to be said that the combat is just serviceable as opposed to exceptional, given that it’s less about reflexes and more about laying into whoever’s in the way, but it never fails to entertain due to just how unrelentingly savage each encounter is. Hurling people through windows, stamping on skulls, kicking knives through some unfortunate bugger… pretty much every method of snapping a femur or dislocating a shoulder imaginable is here, and it always looks incredibly awesome… and by ‘awesome’ I mean terrifyingly painful. With a huge amount of upgrades and optional weapons available to unlock, there’s always some fresh, new way of nearly killing someone with style.

Between the campaign missions there are an almost ridiculous amount of side activities to take part in, including what are undoubtedly some of the best sidequests ever seen. I’d say some of them are laugh-out-loud funny, but in my case many of them involved me cackling like an absolute loon. They range from heartwarming to demented and back again with alarming frequency, but somehow manage to generally stay consistent throughout — even when Kiryu’s trying to bust up a ring of used underwear dealers, trying a dating service, or convincing an insecure dominatrix not to give up on her dreams. The ability of this title to pair serious issues with moments of utter lunacy is stunning.

Yakuza 0 is a magnificent achievement that should be experienced by anyone interested in lecturing people on the importance of money, then blowing ten billion yen on a horrifically tacky golden statue of themselves. Or those curious about winning a chicken in a bowling competition, then installing it as the manager overseeing some of the most financially lucrative real estate holdings in Tokyo. Or those inclined to beat fifty knife-wielding thugs to a pulp in a back alley before heading off for takeaway and wasting the night playing Outrun. Or those wondering why that man in the convenience store is walking around in his underpants, and being unafraid to forge an unexpected friendship with him.

In a franchise that’s stuffed full of great entries, Yakuza 0 not only outshines them all, it’s also the perfect starting point for anyone with even a mild interest in finding out just what all the fuss over this fantastic series is about. Rating: 9.5 out of 10

Disclosures: This game is developed by Ryu Ga Gotoku Studios and published by Sega. It is currently available on Playstation 4. This copy of the game was obtained via retail store and reviewed on the PS4. Approximately 87 hours of play were devoted to the single-player mode, and the campaign was completed. There are no multiplayer modes… well, sort of. There are minigame offshoots that can be played online.

Parents: According to the ESRB, this game is rated Mature and contains blood, intense violence , sexual content, strong language and use of alcohol. Whilst it’s not a particularly gory game and has its edges softened by a lot of absurdist humor peppered throughout, there is a fair amount of villainy on display from the bad guys. Pinkies get chopped off, dudes get murdered, sledgehammers meet skulls and… yeah, it’s not really for kids.

Deaf & Hard of Hearing Gamers: As a game presented with spoken Japanese and English subtitles, it’s quite accessible for the most part. There are audible ‘beep” sounds when some secrets are nearby, and these don’t have any visual cues onscreen, but the vast majority of the game is fully accessible.