The subject of this installment: Phantom Trigger, developed by Bread Team and published by TinyBuild. 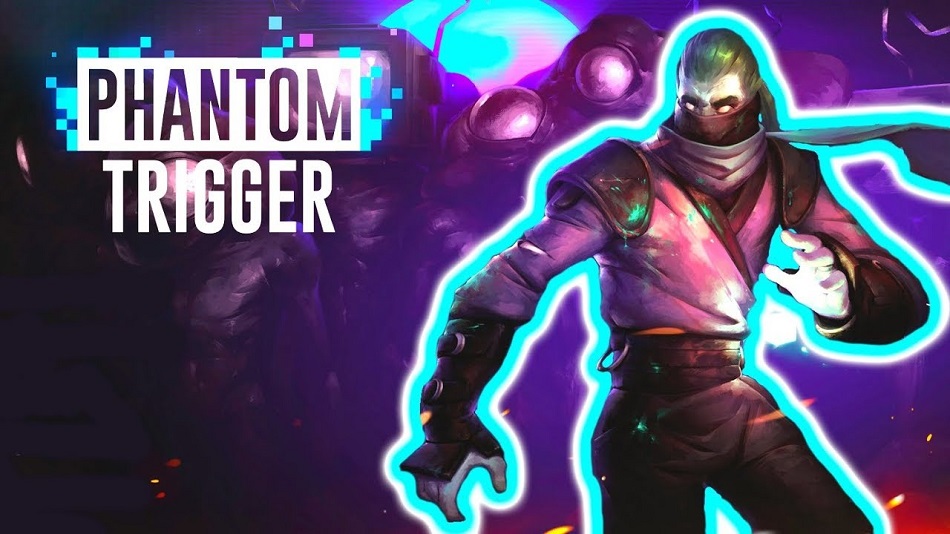 In one, an average guy called Stan is undergoing treatment for a potentially terminal illness. In the other, the player controls a wanderer known as the Outsider and spends time dashing around a neon-lit hellscape hacking up marauding mutated weirdos, solving simple puzzles and making some new buds at camp.

These two worlds are connected, and as his Outsider self progresses through the game, the screen will occasionally flicker back to see what’s happening in Stan’s world. It isn’t a thrilling storyline largely due to some sub-par translation work, but it does provide some context for what’s happening, and there is the ability to influence events via how the Outsider treats people he meets.

The majority of the game focuses on its action elements. The Outsider starts armed with a whip, but soon gains access to a sword and some red glowing fists to batter his enemies with. The sword is ice-infused and attacks quickly, the whip can reel enemies in or grab environmental weapons to sling at foes, and the fists burn and break enemies in equal measure. 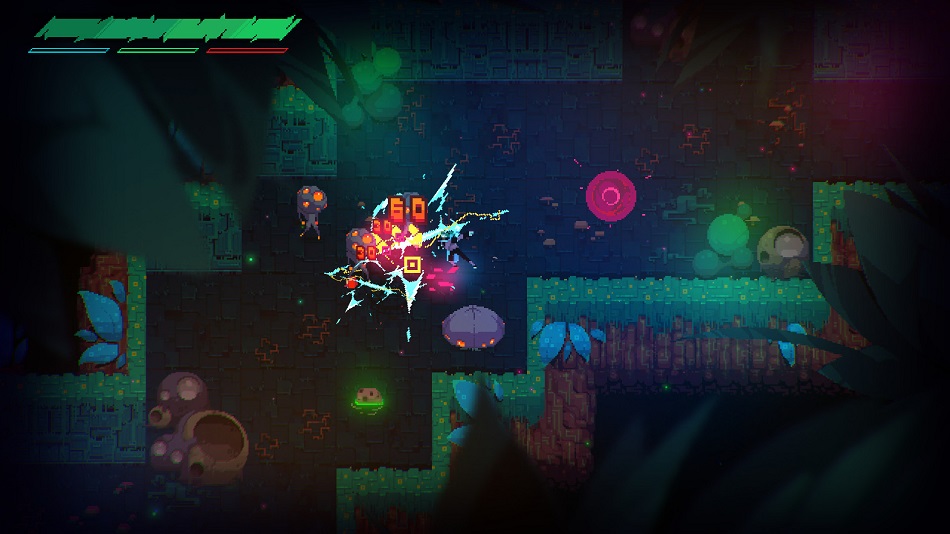 Each can be leveled up by using them in combat or at shrines, and as they evolve, more attacks and special effects become unlocked. These effects also link into the Outsider’s dash move. For example, doing two sword slashes and then dashing through enemies will drop an icy trail that slows afflicted enemies for a short while.

It all sounds good on paper, but after an hour the combat starts to wear out its welcome. Enemies generally have limited attack patterns they spam forever while attacking in large groups. One type wanders around headbutting the ground, another chucks projectiles from afar, another bounces around causing shockwaves… it’s mindlessly unsatisfying, and I wound up doing simple two-hit combos, dashing away, then darting back in and repeating until each room was cleared. Elemental weaknesses and strengths associated with each weapon do little to improve this loop – only the occasional boss fight shakes things up.

Possibly the worst aspect is that enemies don’t react in a satisfying manner when struck, often seeming to shrug off getting slashed without so much as flinching, and since more elaborate attack strings and special moves tend to leave the player open to counterattacks, the combat soon becomes very, very samey. Naturally, there’s also a ton of places where Phantom Trigger locks players into a tiny room and forces them to kill multiple waves of baddies to progress. My occasional deaths to these swarming masses didn’t feel like they taught me anything – it just felt like a chore that I’d wind up having to repeat in order to continue on. 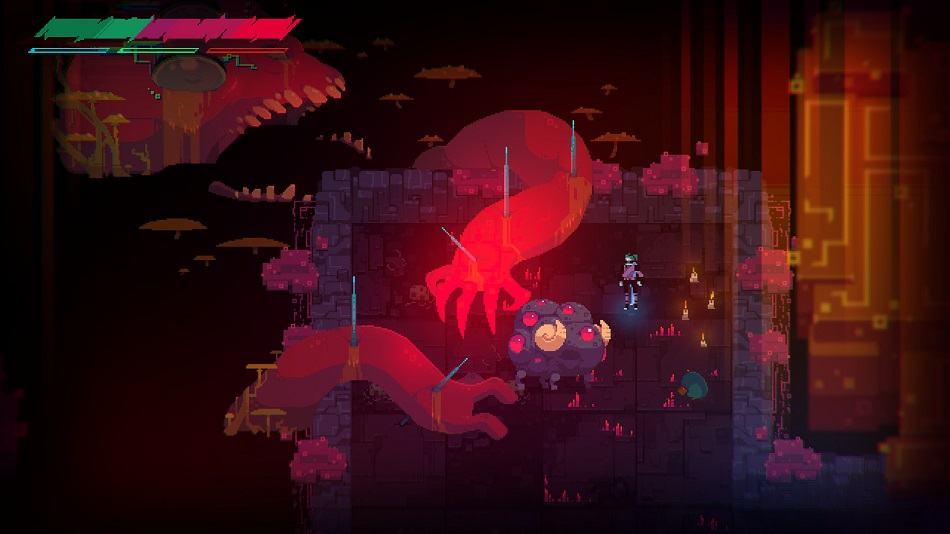 Just to top it all off, I encountered numerous glitches. Doors I unlocked would inexplicably close when I revisited the area, though I could then walk through them as if they were still open. Enemies would occasionally get stuck in walls during combat sequences, necessitating a restart. At one point I got stuck in the scenery as well, with the same checkpoint-restarting outcome.

It’s all a shame, because it’s possible to see the kernel of a much better game locked away within Phantom Trigger. It looks nice, the music’s decent throughout, and there does seem to have been some effort made to allow for variety during combat. Unfortunately, the uneven enemy balancing makes most of those options pointless, and the whole game was a slog.

It’s rare I give up on a game before completion, but I hit a wall around three hours in due to intense repetition and substandard combat. I just couldn’t bring myself to hit the continue button one more time – I was completely done, bored senseless and completely sick of its approach to action. While I have a soft spot for indies that try to punch above their weight, I just can’t recommend Phantom Trigger to anyone as it currently stands.

Phantom Trigger is currently available on PC and Switch, and this writeup is based on the PC version.