The subject of this installment: Ken Follett’s The Pillars of the Earth, developed and published by Daedalic Entertainment. 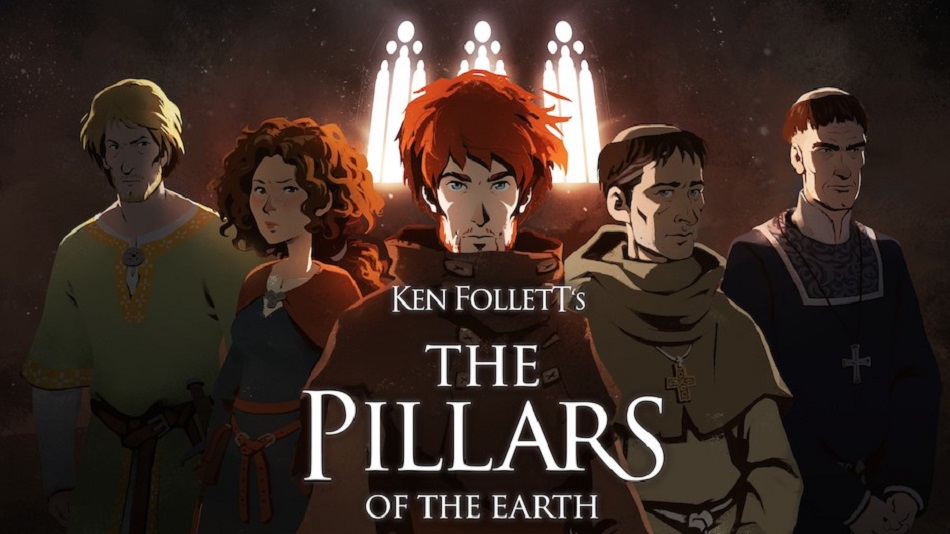 I’m not familiar with the literary work that The Pillars of the Earth is based upon, but a quick search online seems to indicate that it’s fairly well regarded. With a story centering around the construction of a cathedral in a fictional medieval English town named Kingsbridge during a period of internal strife, there’s plenty of political intrigue and conflict to keep things interesting regardless of how dull the premise sounds – and hey, it turns out that it makes for a pretty good videogame adaptation too.

After playing through the introductory section and proving beyond a shadow of a doubt that I’d make the worst midwife ever and should never, ever be allowed near recently-spawned children, I found myself strangely drawn into the proceedings.

The game itself frequently rotates between the viewpoints of a number of characters integral to the story as it progresses. We’re initially introduced to someone named Tom Builder, which seems to be more of an advertisement for his given line of work than an actual name. Tom, as it turns out, is pretty keen on the idea of finding work related to designing and constructing a cathedral for the masses to vent their religious yearnings in. Unfortunately for him, his ego means that it’s hard enough finding work building pig sheds, let alone monumental edifices of faith requiring colossal amounts of resources and workers.

Shortly afterwards we’re introduced to two others. There’s Philip, a monk who’s undertaking a visit to Kingsbridge cathedral and finds the place in a shocking state of disrepair. Worse, the old Prior recently died under mysterious circumstances and the upcoming successor looks like he’d be more at home casually chucking orphans into a fire than taking care of the spiritual needs of his congregation. 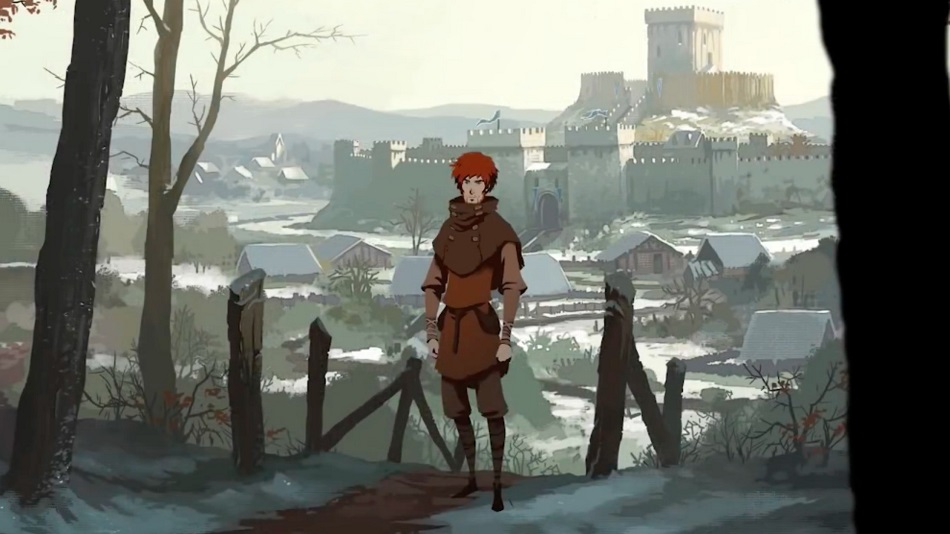 Finally there’s Jack, a young outlaw child who lives in the forest with his mother and somehow screams ‘main character’ to me despite not really doing all that much outside of a few specific story-altering choices. After being forced to leave the forest due to the bitter cold, the naive little sprogling starts learning about the world beyond.

Saying more about the storyline and characters would be doing it a disservice, but suffice it to say that Pillars of the Earth is surprisingly engaging stuff, bolstered by decent voice performances throughout and underscored by a perpetually bleak tone that’s enhanced by some of the most incredible background art I’ve seen in a game. It can’t be overstated how much this portrayal of medieval England during harsh winter adds, and the use of light and color throughout is some of the best.

As for how Pillars of the Earth plays, it’s point-and-click adventure in a very traditional sense. Right-clicking onscreen items will have the current character share his thoughts about them, and left-clicking allows for more standard interactions such as blowing out candles, rummaging around in darkened crevices, or simply picking up books — that sort of thing.

Naturally, there’s a fair amount of dialogue involved with branching path options that allow players to respond in ways that slightly alter events — staying silent under questioning can wind certain characters up into a fit of apoplexy, for example. The writing is generally of high standard, though it’s kind of alarming when it suddenly become adult-oriented in nature. Jack’s mother’s spectacularly to-the-point response to him asking where babies come from was curiously eye-opening. 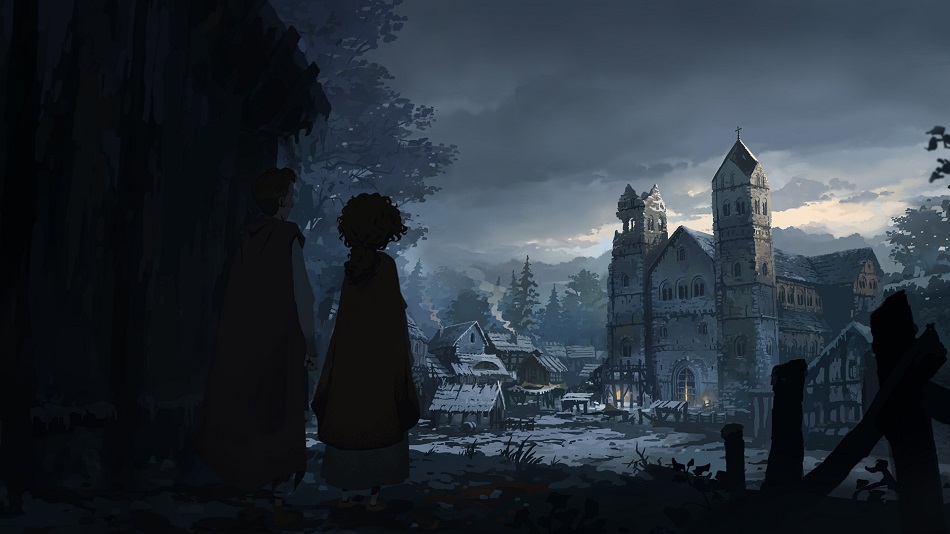 Beyond that, there’s not much input required in Pillars of the Earth. The puzzles are all pretty simple, rarely requiring much more than a few clicks to solve. Small quicktime events crop up from time to time, but they don’t seem to change proceedings much. There does seem to be some scope for going above and beyond what’s necessary in order to advance (such as blowing out candles to save on church expenses) but player interaction is fairly limited overall. On the plus side, choices made during each chapter are often noted and remarked upon by other,s although I’m assuming that their long-term effects are relatively minor.

That’s okay, though, because The Pillars of the Earth does a damn good job of succeeding on the strength of its writing and interesting characters, as well as a setup that’s both oppressively bleak and peculiarly engaging. I never thought I’d ever be even remotely interested in a game that revolves around building a cathedral for the peasantry of a fictional English town, but there we are.

I do want to see how it all shakes out, but so far I’ve enjoyed what I’ve played — finishing my playthrough at a brisk five hours, it has proven itself to be a short but engaging experience, and I can only hope it maintains this level of quality throughout. Bring on the next volume!

Latest posts by Darren Forman (see all)
Tags: Daedalic Darren Forman Ken Follett Pillars of the Earth This Is Not A Review
Subscribe
0 Comments
Inline Feedbacks
View all comments