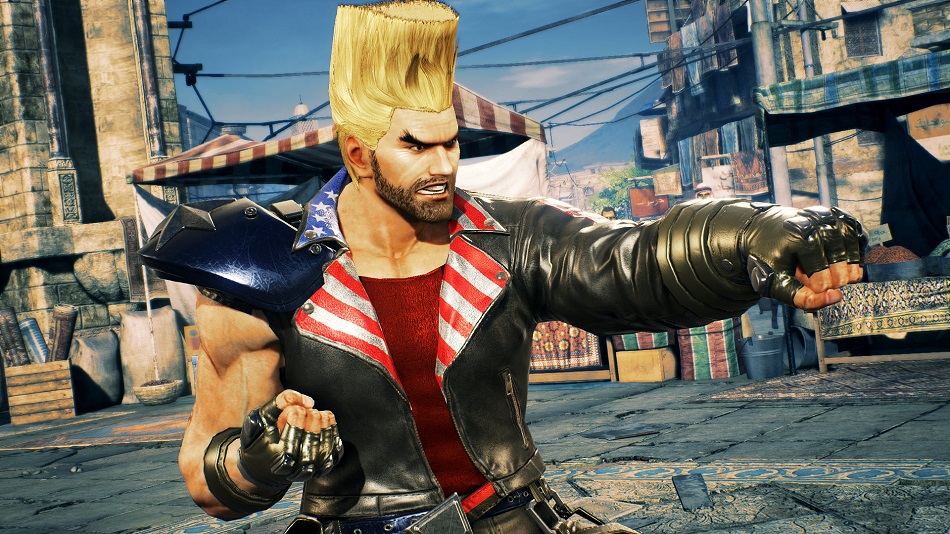 HIGH Scraping out a win during a nail-biting slow-motion finish.

WTF The reason for Akuma’s inclusion in the main storyline is weak.

I’ve been in the mood for a new Tekken for a while now. It’s been almost ten years since Tekken 6 released, and around six years since the battle royale that was Tag Tournament 2. And to be fair, it’s not like there’s been a dearth of fighters since then — in fact, there’s been some pretty bloody good ones — but Tekken‘s always had a unique fighting system, and I was craving its own special approach to ramming someone’s fist through someone else’s skull. As luck would have it, Tekken 7 has now finally received a home release on consoles and PC.

Now, some fans might know that Tekken 7 has been in Japanese arcades for almost two years. Apparently this lengthy delay to consoles was primarily to ensure there would be enough content to make it feel like a worthwhile purchase instead of a simple arcade port. Story modes, online leaderboards, tournaments, unlockable galleries and so on, and they’re all present and accounted for. However, despite the extra time, some of them still come up short in various ways.

The story mode in particular is damn near awful. Narrated by a generic reporter who recounts the death of his wife and young son during an intense global conflict with all the emotion of a man reading entries out of a phone book, the narrative centers around the Mishima family for something like the billionth time. This is a colossal mistake given how terrifyingly boring their personalities all are — Heihachi scowls a lot, Kazuya scowls a lot, Jin’s in a coma and yet still somehow manages to scowl a lot, and then there’s a guest appearance by Akuma from Capcom who… well, let’s just say there’s a recurring theme here.

The excellent Lee Chaolan pops up to offer a few occasional bright spots and the mode does weave in some quicktime events and other minor surprises to keep players engaged, but it all comes off as pretty pointless given how lackluster the tale and overall structure is. Worse, Akuma’s inclusion reeks of bad fanfiction and most of the playable roster don’t even get cameos, instead receiving absurdly brief and unconnected personal campaigns that add up to a whole bunch of nothing.

Still, as disappointing as the story mode is, the fighting itself is pretty decent. There are almost 40 characters to choose from, and they’re a pretty varied bunch — it’s a good bet that anyone jumping in will be able to find someone who suits their tastes and style. I was surprised by just how much I wound up liking Lucky Chloe, an amusing two-faced pop idol who acts like a total scumbag whenever she’s off camera. I also wound up learning Leo Kliesen for the first time in the series just to get some Baji Quan going. Master Raven also looks awesome, though the bloodsucking vampire Eliza is currently only available to players who preordered. The developers promise more DLC characters in the future. 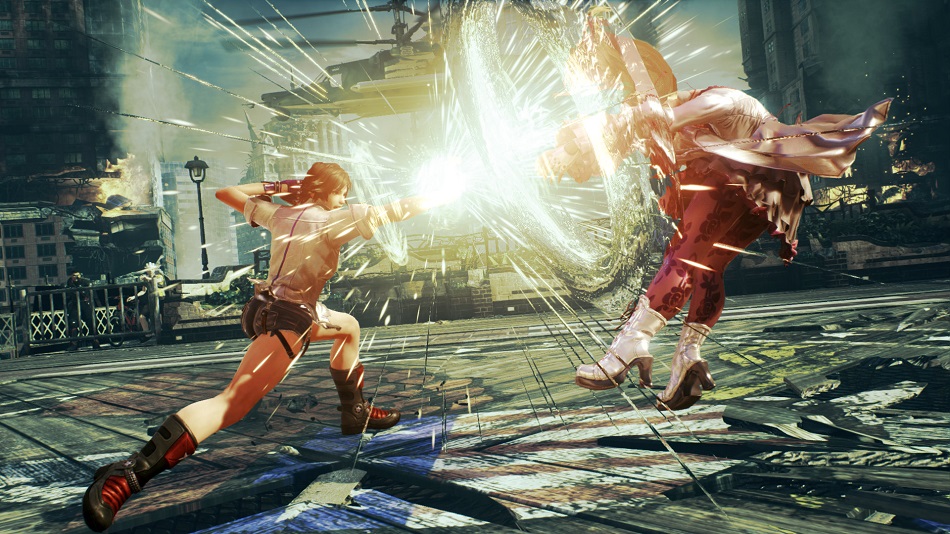 Overall, the animation remains just a little too stiff for my tastes, which I’m willing to accept given that slightly blocky, weighty movement is a big part of Tekken‘s classic identity. There’s still a ton of room to learn new techniques and unleash some impressive combos though. Juggles remain a large part of gaining the upper hand on adversaries given that they can’t do much once they’ve been punted into the air and are held aloft by a flurry of successive blows, but it seems like the damage for longer strings has been reduced slightly.

A new addition to the mix are Rage moves. These are available for use once a fighter gets pounded into the dirt hard enough that their health bar starts flashing, and they typically grant the ability to soak up incoming hits and strike back with a power move that usually leads into an automatic, heavily damaging combo. To be honest, I feel these Rage moves are out of place in Tekken‘s fighting system, and learning how to bait one out becomes a necessity to avoid a counter that can turn a whole match around.

Other changes to the fighting system are present too, of course. There are moves that corkscrew opponents into the ground to render them helpless against follow-up strikes, and there’s a seriously cool slow-motion mechanic that triggers when both fighters are at low health. The game calculates who’s going to win ahead of time, then stretches out the final blow in such a way so that it ramps up tension in the heat of the moment. It’s good stuff.

Taking the game online, the true test of any modern fighting game, reveals that Tekken 7 still needs a fair amount of work. There are a decent amount of players online, which is nice, but I encountered frequent connection errors while attempting to get matches going. Multiple matches would inexplicably lag out after two or three rounds of an otherwise decent match, the matchmaking would hang when connecting to new opponents, and some matches that did connect ended up as absolute lagfests.

Worse, the amount of move spam I encountered from real opponents was absolutely unreal. Over a fairly extended period of play, I found that too many opponents would simply abuse certain moves over and over with little variety in their approach whether they were winning or losing. Perhaps it’s something that’ll shake out as players climb the skill rankings, but even after all the hours of online play I put in, I’d see dozens of one-move wonders mindlessly mashing their way through matches. The developers can’t be held directly responsible for the behavior of others, of course, but they can tweak things to make such tactics unrewarding and unsuccessful.

Tekken 7 is a tough one to judge. The fighting’s competent, the roster’s huge, it looks and sounds good, and there’s a ton of stuff to learn. It’s also easy to pick up for beginners, and experts have access to a veritable playground of skills to show off mid-match. However, it doesn’t feel like a particularly huge leap for the series, the online’s spotty, the rage attacks and move spamming feel way too pervasive in matchmaking, and I expected more content given how long it’s taken to hit home.

Oh, and Alisa’s in the game while Anna’s not. If that’s not a damning condemnation of Namco’s priorities, I don’t know what is. Rating: 7.5 out of 10

Parents: According to the ESRB, this game is rated Teen and contains crude humour, mild blood, mild language, suggestive themes and violence. It’s nothing that’d really freak out younger players. Some skimpy costumes, some kids named Kazuya being chucked off cliffs… the usual.

Deaf & Hard of Hearing Gamers: No issues here, at least none that I can imagine. Certain battle cries and sound effects might provide an edge, but most of them also have on-screen effects and animations relating to them.