It's a little bizarre to me every time I see Mighty Number 9 release a new piece of gameplay footage or a Kickstarter update.

See, for those not in the know, Mighty Number 9 seems to be becoming something of a magnetic focal point for all the world's hatred.  With Keiji Inafune's project drawing the vitriol of mankind, maybe there's room for another game to sneak in and steal its thunder?

Why, yes there is! Enter 20XX, a roguelike tribute to the Mega Man X series starring a blue girl called Nina and a red dude called Ace. The blue one spews laser photon death at robotic adversaries, whilst the red one chops them up with a beam saber.

So far, so familiar – and that familiarity crosses over to basic traversal mechanics and the like. Dash-jumping over platforms, sliding down walls to slow descent speed, spike traps, bosses gated off by a corridor with two doors on either side… the resemblance is unmistakable. Even killing bosses leads to a room where power-ups can be selected for upcoming stages – everything from more health or bullet damage to boomerangs and damaging shockwaves. 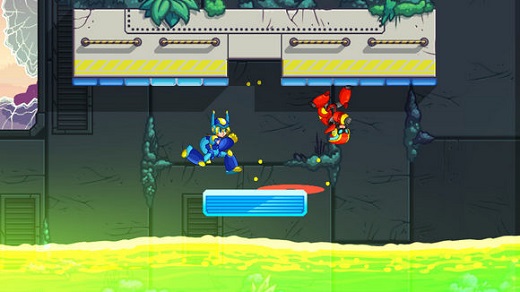 Where 20XX shears off from obvious inspiration, however, is in its stage design. See, 20XX is a roguelike at heart. The levels are randomly generated each time out, and there's only one life available per run. Death sends players screaming back to the start of the game and callously divests them of their hard-earned power ups. Sort of.

Thankfully, players are thrown a bit of rope in that they can purchase these power-ups at the start of each run using a currency earned in-game, and can also choose a casual mode where they get to bring up to three of their unlocks. It's still not easy though, and demands a reasonable level of skill and commitment to successfully push on through each challenge. 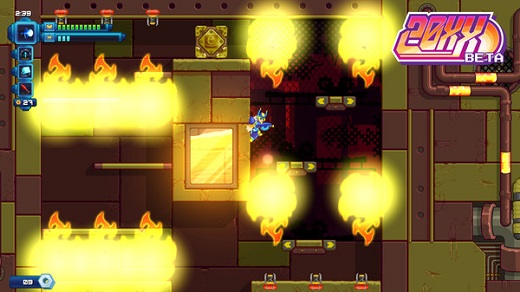 For the incurable psychopaths out there, a number of 'skulls' can be activated to make things harder if the mood strikes. Fancy having spike traps and pits become instantly fatal rather than merely dealing out damage? Think enemies dropping health and money is for losers who should be playing with training wheels bolted on? Good luck pal – I'll be over here, with the rest of the sane people wishing that our health bars would recharge at the start of each new level.

As tough as 20XX is though, it plays well. Controller response is tight, the graphics are colorful and well-animated, and enemies are easy to pick out in the heat of battle – an important thing when death means re-running the whole game from stage one.  There's a slight lack of variety to environments and stage 'tiles' at the moment, but to be fair, it's still in early access so there's still room for that to change before its official release. 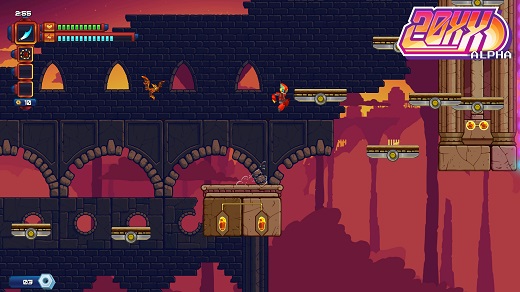 There's also a multiplayer component, though at present the auto-matching network mode is still being ironed out and comes with a warning that things might be buggy. I couldn't find anyone to join my game the few times I tried, though there's also an offline co-op mode that seems to work fine. I don't have anyone local who could test this mode to any real degree, but the option for local co-op shenanigans is there.

So, that's 20XX as it stands at the moment. It's a good time and a well-crafted throwback to the games of yesteryear. Though I'd personally prefer that each stage was set in stone to allow for more concrete, refined stage design, it's looking like a surprisingly decent modern Mega Man experience. And let's be honest, how often do we get one of those these days?