It’s All About The Journey 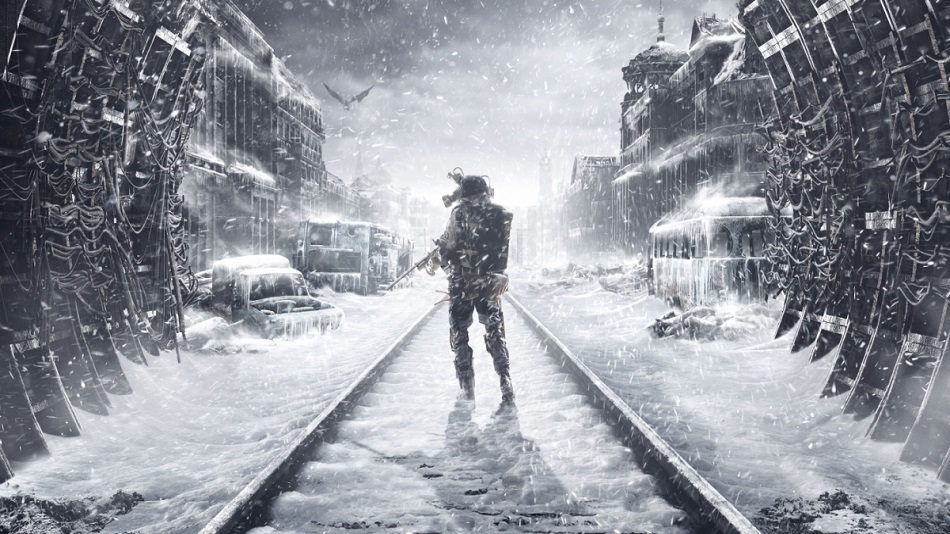 LOW Getting lost in these areas and wandering aimlessly.

WTF ‘Sacrifishious’ would have been a much better trophy name…

The world of Metro is a fascinating one. Set in the Russian subway system following nuclear annihilation and directly carrying on from the events of Metro: Last Light‘s final battle, series protagonist Artyom has found himself a celebrated hero and now serves as an elite soldier called a Spartan. He still hasn’t given up on his search for a better life, though, and continually sneaks off to the surface in search of clues that there may be something more out there.

Following early events in the story, it soon becomes apparent that there is, in fact, life outside the Metro and breathable air beyond the borders of the irradiated crater that was once Moscow. Thus begins the search for a happier existence in some corner of the world not inhabited by murderous psychopaths and ravenous mutations ready to rip Artyom’s face off his skull and use it as toilet paper. And, what luck, Artyom and friends soon commandeer a train they name the ‘Aurora’ and head off across post apocalyptic Russia on a quest to find somewhere not filled with mutants or nuclear radiation.

Amazingly, the mutants may not be the most savage enemies encountered during the journey. The assorted Nazis and Communists from previous games were tough to beat in the unpardonable villain stakes, but Metro Exodus certainly takes a good shot at bettering them with some of the most horrifying situations ever devised.

Combat follows the Metro: Last Light model quite closely with accurate gunplay (as opposed to the spongier mechanics found in Metro 2033) and optional stealth mechanics available at nearly all times. Stealth isn’t quite as broken as it was in Last Light, either, with enemies more willing to take pot shots at the player if they so much as glance at him for a few moments instead of staring players straight in the face for ages before figuring out that something’s wrong as they did in Last Light.. 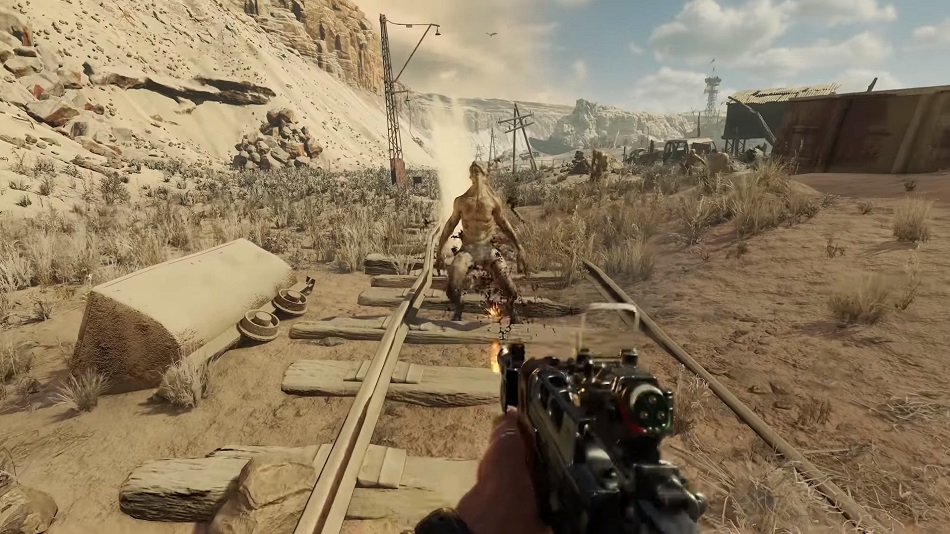 Some predictable AI routines such as popping in and out repeatedly from behind the same piece of cover or transparent patrol routes rub a little of the shine off at times, but either method of dealing with enemies is generally enjoyable throughout – especially unloading a shotgun at pointblank range into an aggressive mutant, then wiping the blood off Artyom’s visor. There are a decent amount of weapons available, including homemade implements like cobbled-together submachine guns, pneumatic weapons and molotov cocktails.

What really defines the Metro series  isn’t the combat, though — it’s the atmosphere. Exodus is one bleak hellhole of a post-apocalyptic world, and looting whatever scraps can be found on cadavers lying around or tucked away in the back of shelves is key to survival. Gas mask filters must be utilized in areas with inhospitable air, weapons will jam if they’re not well maintained, and bullets have to be handmade at workbenches or looted in depressingly small quantities from enemies, depending on the difficulty.

What really sells the experience is the amount of work that’s gone into presenting Metro’s world as a living, breathing space. It’s quite an achievement given that most of the world’s citizens are no longer doing much of either.

There are new semi-open world areas where Artyom can stretch his legs and wander around the map looking for secret caches of equipment and armor, complete sidequests and unlock safe zones to hunker down in to recuperate. There are also some seriously beautiful weather effects and fully-realized day and night cycles that almost feel like overkill considering players will eventually be moving on from each map to another one just as detailed.

Thankfully it’s not just nuclear winter wastelands or dingy tunnels this time out either. From gloomy marshes to desert wastes, players visit quite a few visually distinct areas during their journey. The weather effects in each are also so beautifully portrayed that at one point I took shelter from the rain inside one of my makeshift camps just to sit there and listen to the drops spattering against the roof. It’s damn good stuff clearly done by a team that takes pride in their work. 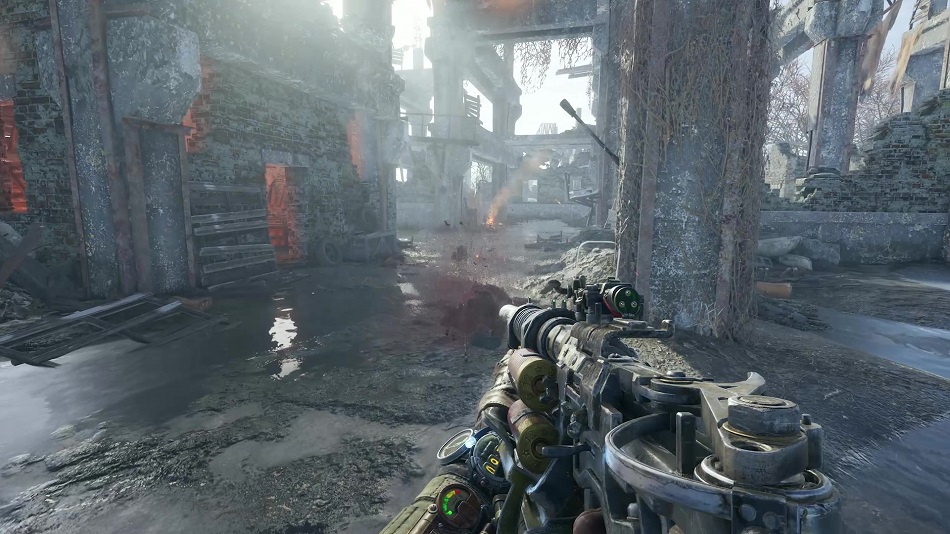 I did have some issues with Exodus, though. It’s slightly buggy, for one — at one point some members of a group congratulated me on finding a car, enthusing about how it would make travel much faster. The only problem is that I was unable to interact with the car! I couldn’t get the bloody thing moving until it suddenly reappeared after the next story section across the map.

I also got lost several times throughout the journey. It’s too easy to miss an innocuous lever or pathway and then spend way too long randomly wandering around and wondering where the hell I should be going. The world isn’t as open as it may seem, either — at one point I tried to get to my destination by climbing a near-impassable cliff, finally succeeded, and then was greeted by dozens of invisible walls. Turns out there was supposed to be a boss encounter on the other side of the gate before getting in, and by circumventing it and wasn’t allowed to progress.

Finally, the loading times are questionable. Reloading after death isn’t too much of a problem as it’s relatively fast, but initially loading a new area can take forever. I timed it with a stopwatch at one point, and to load in the taiga level on a Playstation 4 Pro with a stock hard drive took two minutes and fifty four seconds. Ouch!

That said, those are all fairly minor issues, especially across such an expansive journey. I grew attached to the crew of the Aurora, the bunch of loveable nitwits that they are, and constantly found new details to appreciate – taking a smoke break, heading out to the front of the train to watch the scenery speed by, or simply taking note of how the journey’s various trials and tribulations affect everyone. Most of the passengers have their own issues to deal with, and it’s interested to see how they deal with them and grow (or not) throughout the adventure.

Metro: Exodus is a journey worth taking, and the destination’s worthwhile as well. In this day and age, it’s fantastic to see some developers have the guts to strive for a solid single-player experience that isn’t afraid to try and tell a story of bitter survival in post apocalyptic Russia  while also allowing players to absorb the exceptionally detailed world around them and occasionally blow the heads off ravenous mutoids.  That’s worth celebrating, I think. Rating: 8 out of 10

Disclosures: This game is developed by 4A Games and published by Deep Silver. It is currently available on PS4, Xbox One and PC. This copy of the game was obtained via publisher and reviewed on the PS4 Pro. Approximately 22 hours of play were devoted to the single-player mode, and the game was completed on normal with the best ending. There are no multiplayer modes.

Parents: According to the ESRB, this game is rated M and contains Blood and Gore, Intense Violence, Partial Nudity, Sexual Themes, Strong Language, Use of Drugs. It’s great for kids though, at least if you want them traumatized. It features bucketloads of swearing and violence, coupled with situations involving such delights as… ah, I don’t want to spoil any of it. Imagine something truly messed up and unfathomably horrible. Now make it twice as bad, and you’re probably halfway there to imagining of the most graphic moments in this game. There are more cadavers than the whole of Raccoon City, for one thing.

Deaf & Hard of Hearing Gamers: Subtitles and various visual aids should allow Deaf folks to play the game without too many issues – important information such as a gas mask filter running out will often come with an on-screen warning. Subtitles can also be activated for background conversations, which I’d certainly recommend, though it can lead to some of the subtitles clashing against one another. 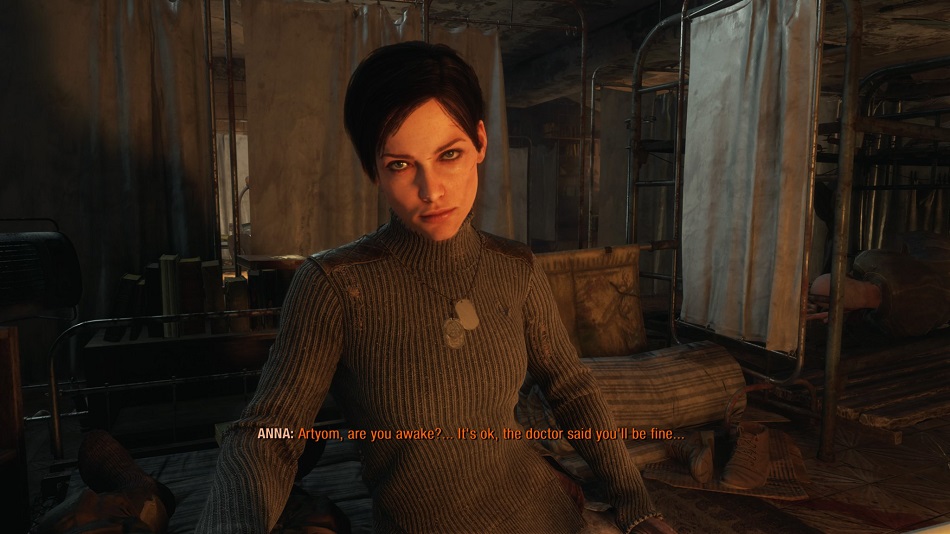 Remappable Controls: Certain functions are remappable on PS4, allowing players to select from a group of available presents. 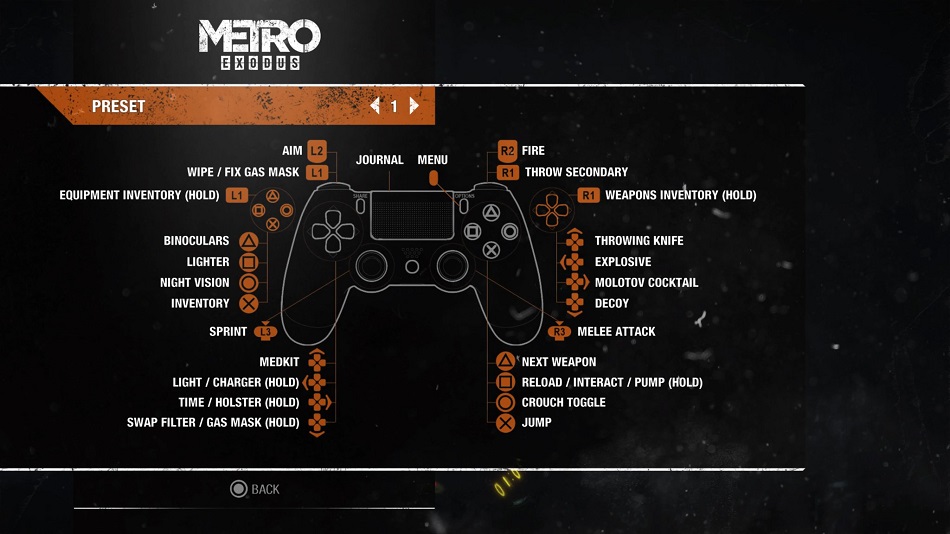 While I have only read reviews and watched its trailers and gameplays, the first two Metro games were awesome enough to convince me to like Exodus and add it to my backlog.

From what I’ve gathered so far, Exodus’ open nature and rumored experience-harboring bugs kinda make me take it with a pinch of salt.

But now that I’ve read your review, I know that I won’t regret it!

Thanks for the great write up about Metro: Exodus.