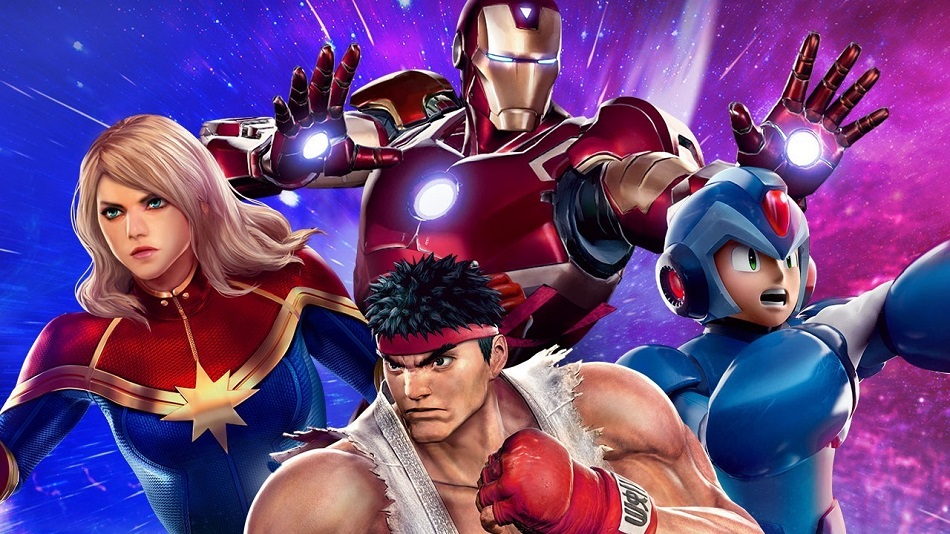 It’s been a couple of months since Marvel vs Capcom Infinite released to fairly mixed reception. While the core fighting engine was a blast, many players felt underwhelmed by the initial character roster which featured a ton of returning faces while also lacking many fan favorites due to licensing issues – the entire X-Men universe, for example.

However, Capcom has released a season pass allowing players access to six new entrants, and they’re six genuinely new faces, not just previously-available characters brought back for another round of superpowered brawling. (Well, except Venom, but we’ll ignore that for the time being since he was a 2D sprite the last time we saw him.)

The real question is, are they valuable additions to the roster? They’re certainly not cheap given that they sell for about $8 each, or $30 as a bundle in the Season Pass with secondary costumes included. 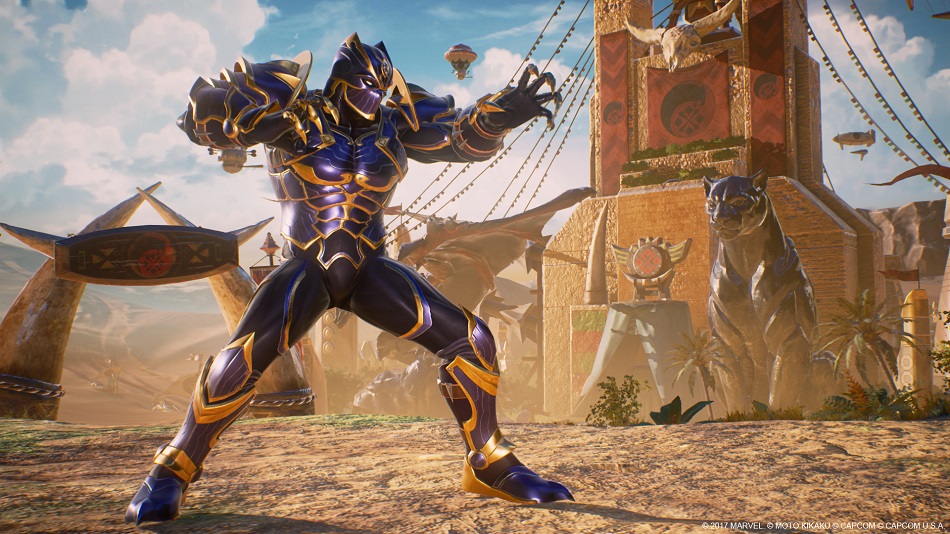 Starting with Black Panther, the guardian of Wakanda relies on his speed to get in fast and slice opponents up with his claws before making a speedy exit via the various dashes and wall climbing maneuvers he has at his disposal. In practice though, he seems a little weak. He doesn’t seem to do a commensurate amount of damage for his playstyle, and doesn’t have the zoning or spacing tools that he’d need to compete with other fast characters like Spiderman or Strider. He’s a neat addition for variety, but also the one that I fell off the fastest. 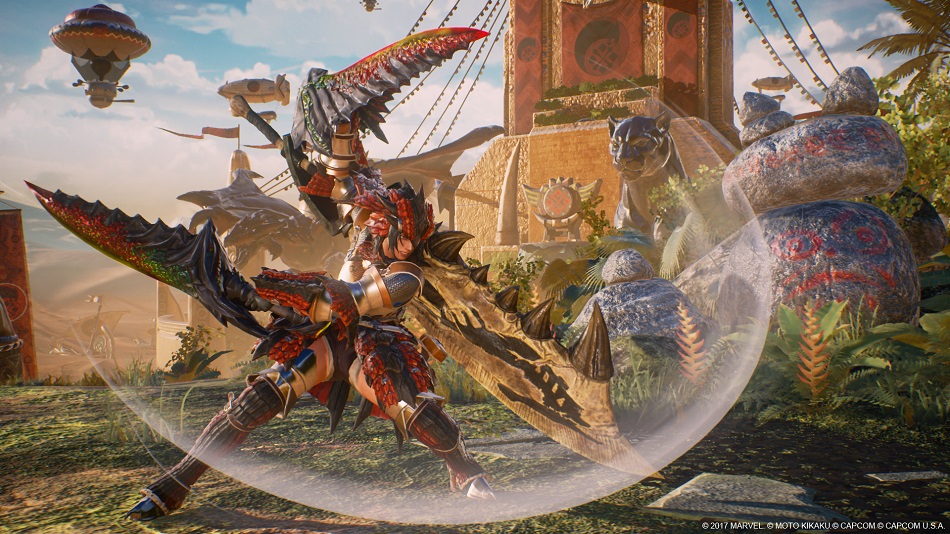 Monster Hunter, on the other hand, is awesome. She wouldn’t even have to be all that good to be one of my favorites because she comes across as so radically different from the rest of the cast. She may not have the crazy versatility of Dante when it comes to using weapons from her own franchise, but Capcom’s given her enough tools to be a cool and effective character – she chiefly relies on the dual daggers, a great sword and a longbow the size of a ballista for pesky ranged battles. She’s also able to soak up damage and power through enemy attacks before smashing them in the face with a sword that reaches almost the entire length of the screen – and when she successfully hits enemies with dagger combos, she can go into a powered-up state where her dodge is much faster and offers higher combo opportunities. She’s neat, has a lot of utility, and her Rathalos and Kirin costumes will be familiar to fans of her home series. She’s a great addition. 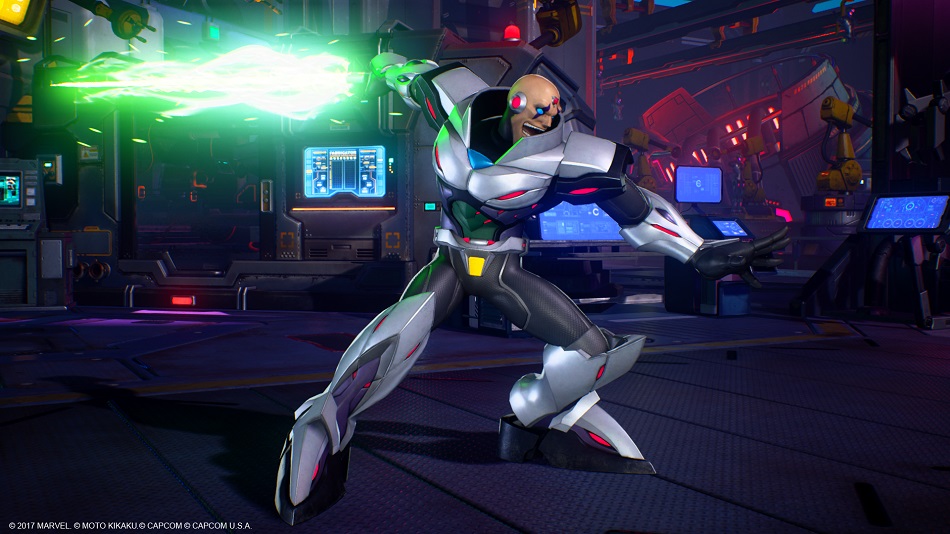 The third addition is Mega Man X’s arch nemesis, Sigma. I honestly didn’t put too much time into him, but he seems effective – probably more so than most of the other newcomers. He’s way bigger than expected, deals some impressive damage, and has an awesome ‘bad guy’ voice. He’s also well-armored when attacking, and has an excellent pressure and lockdown game via his beam sabre. Honestly, I wouldn’t be too surprised if he ends up as one of the strongest characters overall. He doesn’t seem to have many weaknesses, and sure as hell brings the pain once he gets going. 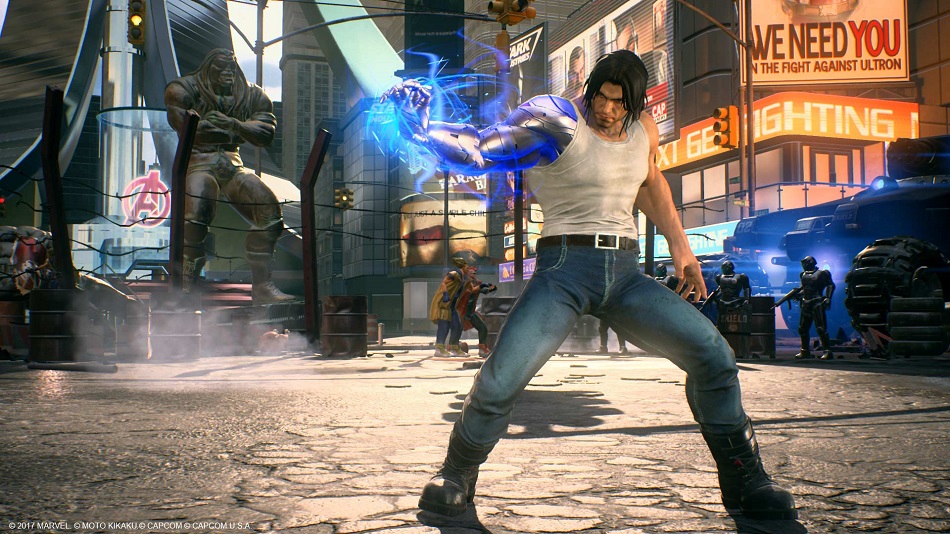 My most anticipated DLC character was probably the Winter Soldier. This was largely due to his role as the main villain of the best Captain America movie by a country mile, and it turns out that he’s a solid and versatile character…  but to be honest, he’s also one of the most forgettable choices due to his surprisingly generic implementation. Given that he’s portrayed in Infinite as a buff dude whose main advantage is having a massive stash of guns at his disposal, he seems a little too close to being a hybrid of Chris Redfield and Nathan Spencer. He does use his signature metal arm to fight with, but it’s mainly used as a shield for absorbing damage that allows him to press his advantage. 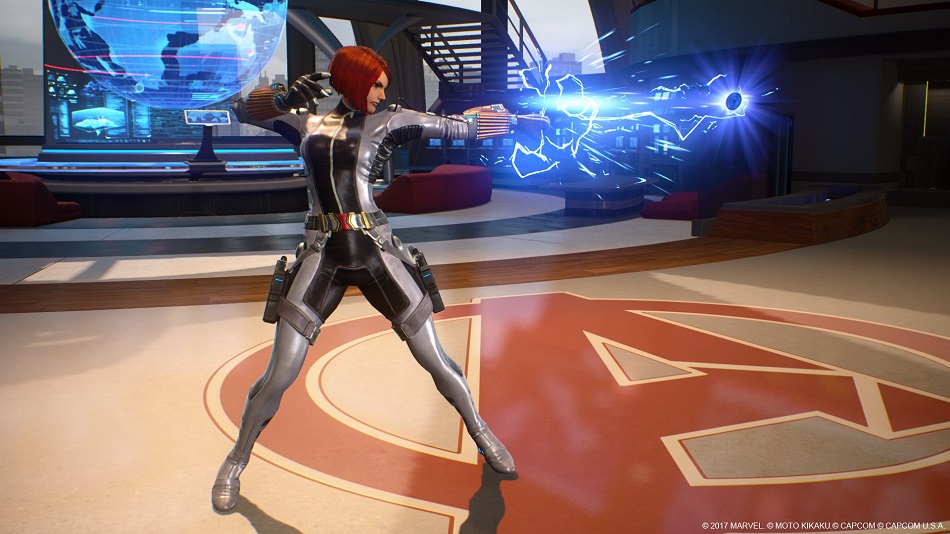 Next up, Capcom has finally given fans what they’ve been begging and pleading for all these years — Regina from Dino Crisis has finally been added! Sure, they called her Black Widow for some reason, but their pitiful attempts at deceit can’t fool me. The shoulder-length red hair and stun rods from Dino Crisis 2 are a dead givea… oh dammit, it really is Black Widow. That’s not too disappointing though, because she’s still a spiffy character. Widow’s another one that relies on speed to get in and wreck opponents, but she’s also got a bunch of gadgets at her disposal. The aforementioned stun rods, grappling hooks, nerve gas and command grabs all mean she’s well-equipped and has plenty of tricks in her arsenal. (Unfortunately, her alternate costume is terrible – it almost looks like it’s a basic palette swap.) 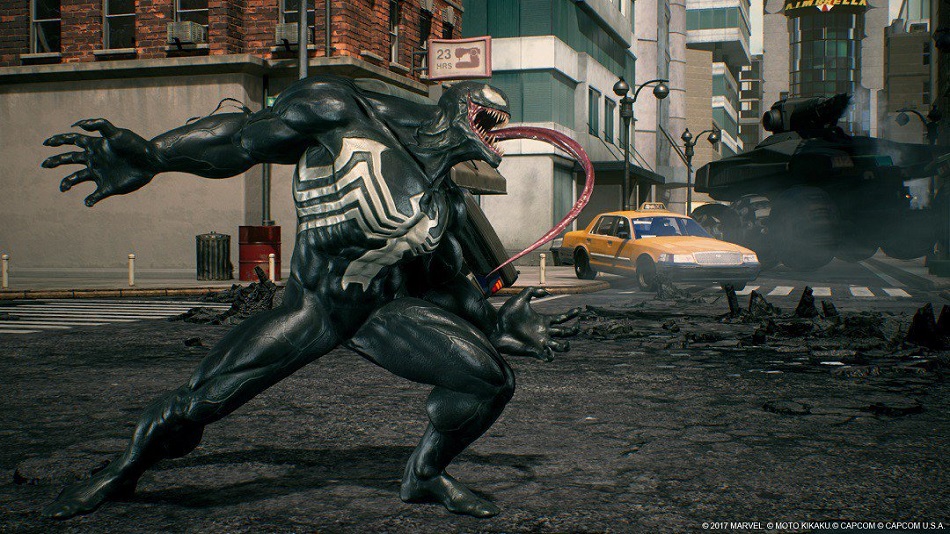 Finally, we have one of Spider-Man’s greatest foes, the symbiotic alien thing known as Venom. As previously mentioned, he isn’t strictly new to the franchise, but this is his first appearance in 3D and he looks awesome. His base design bypasses some of the slightly weird facial work most of the human characters have, and his putrid tendrils of darkness animate nicely indeed. He’s also not too difficult to pick up – way easier to come to grips with than Monster Hunter or Black Panther – so returning Venom mains should be able to get comfortable quickly, and I’d guess they’ll be happy with how he’s implemented. He can pull himself around the screen easily with web shots, and can lay symbiote traps to restrict an opponent’s mobility. While he’s not a character I’d end up maining, he feels fully fleshed-out, looks great and is put together surprisingly well now that he’s got a third dimension.

So these are the new Marvel vs Capcom: Infinite characters in a nutshell. I don’t think any of additions are strong enough to seriously upset the balance of power in the original tier list, but they do offer more variety to the overall cast and and they’re all pretty cool characters. For players who are still getting stuck into Marvel vs Capcom Infinite‘s brand of fighting, there’s a lot to be said for picking these fresh faces up and letting them wreak havoc on the competition.

(Oh, and a special shout out to Dante’s premium costume which turns him into his Nephilim incarnation from Ninja Theory’s DmC. It looks signficantly better than his standard model does.)