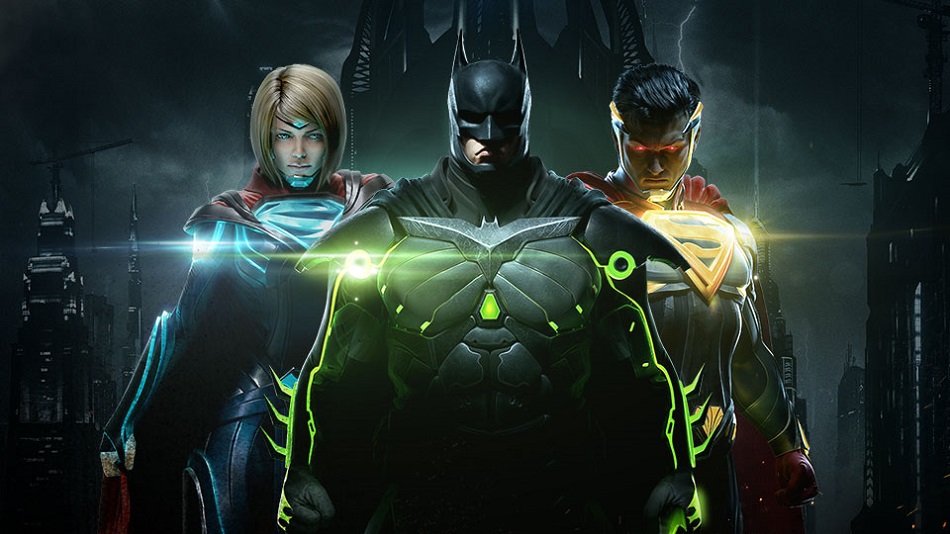 Honestly, it’s hard not to be impressed by Injustice 2. That it offers a satisfying fighting game is only half the story – it actually goes far, far beyond the standard genre entry by offering up a complete package for all players to get stuck into, with NetherRealm Studios’ patented attention to detail visible in nearly every single aspect.

Before talking about the mechanics, let me shine some light on the other aspects. To begin with, the story follows on from the events of Injustice: Gods Among Us. That first entry was set in an alternate universe where Superman turned into a control-hungry tyrant after the Joker drugged him and tricked him into killing Lois Lane. After what was presumably the shortest fight in superhero history, a nuclear device wiped Metropolis off the map. Can’t blame Superman for being a little upset, honestly.

Now, another of his arch-enemies is looming on the horizon. This time it’s the villain who destroyed Superman’s home planet in the first place — his name is Brainiac, and he’s apparently a super-intelligent life form. However, this claim is more or less immediately disproven given that the idiot decides to take on not only Batman and Superman at the same time, but a ton of other ultrapowered DC superheroes backing them up. Brainiac? More like Cretinsack.

Slightly dim supervillain aside, the story mode in Injustice 2 is excellent. It’s clearly had a ton of effort and care poured into the seriously impressive (and over-the-top) cutscenes. The finale in particular features some impressive action in what genuinely feels like a high-stakes battle for the future of the planet.

It’s not just the story mode that impresses, however. There’s an absolute ton of modes for players to sift through beyond standard story and multiplayer, including one of the more unique options which is a rotating limited-time collection of challenges known as the Multiverse. Here, players partake in matches with little quirks thrown in — things like having a sidekick helping out, toppling a superpowered boss character with strength and resistances far beyond their own, a screen fading in and out of darkness during the match, or playing with offscreen entities bombarding the battleground with missiles. Players can also set AI characters to play many of their matches for them, and it’s a good way to learn basic (and even some reasonably advanced) combos for later use.

Of course, none of this would mean a great deal if the combat wasn’t up to snuff, and it certainly is. At a core level, Injustice 2 plays a lot like the recent Mortal Kombat entries, though there are obvious differences – most notably how each character has a special power dedicated to what makes them recognizable as a fighter. Supergirl, for example, can shoot lasers from her eyeballs whenever a meter is sufficiently charged, Black Canary can emit supersonic screams, and Batman can summon a flock of mechanical batarangs.

While I’ll avoid getting too in-depth on the nuances of the mechanics here, I’ll say that i appreciated the option to burn a character’s super meter on enhancing special attacks, which not only do more damage to the unfortunate recipients, they often change the properties in such a way as to make extended combos a thing. Red Hood’s tackle will detonate a store of explosives while they’re in midair, allowing him just enough time to recover before they regain control and continue his assault. Otherwise he’ll just tackle the bastard and end of the combo.

The game also includes ‘Clashes’, which can be initiated when each fighter gambles a portion of their super gauge to deal damage or regain their health. These often lead to hilarious overkill sequences that would obliterate their recipient ten times over. Batman may talk a big game about not killing his enemies, but blasting them with rockets and chaingun fire from the batwing in flight smacks of hypocrisy. And, that’s not a patch on Supergirl’s method of complete and utter decimation, which… well, I won’t spoil it, but it has to be seen to be believed.

The online is good stuff too. Connections are usually quite smooth, and this is notable since it’s also not much of a secret that previous NetherRealm PC ports have been disastrous. Thankfully that’s not the case here, as Injustice 2 generally runs like a dream on any half-decent PC. It did hard crash to the desktop twice early on, but in the 30 hours of play since then, it’s behaved itself reasonably well – though it occasionally protests viciously when tabbing out to another program. In terms of online opponents, they weren’t hard to find near launch, though it should be mentioned that console players tend to stick to fighting games much longer than their PC brethren. Hopefully Injustice 2 will prove to be the exception to that particular rule.

Topping it all off, there’s a veritable bounty of riches to be had in its loot system. Winning matches can result in players receiving various items that can be attached to their character, all with unique skill and strength bonuses that also affect how they look. It’s a neat hook to keep players invested since nearly everything they do contributes to their overall experience gauge or personal inventory. Certain rewards can be bought with real money, but I didn’t feel shortchanged despite not paying a single dime on anything.

While I could make small critiques on the loading times, that the animation’s a little on the heavy side, or that many of the combo links have a strange stop/start quality to them, it’s just too easy to keep waxing lyrical about how great Injustice 2 is. On nearly every level it shines – the combat’s fast-paced, satisfying to play and looks incredible. There’s tons to do, the roster’s chock-full of fan favorites and niche crowd pleasers alike, and it’s a solid offering for solo players as well as those who are itching to take the game online. From nearly every angle, this one’s a winner.  Rating: 8 out of 10

Disclosures: This game is developed by NetherRealm Studios, the PC version was ported by QLOC and published by Warner Bros. Interactive Entertainment. It is currently available on Playstation 4, Xbox One and PC. This copy of the game was obtained via publisher and reviewed on the PC. It included all currently available DLC characters. Approximately 5 hours of play were devoted to the singleplayer story mode, and the game was completed. 25 hours of play were spent in multiplayer modes and various other single player challenges.

Parents: According to the ESRB, this game is rated Teen and contains Alcohol Reference, Blood, Language, Suggestive Themes and Violence. I wouldn’t say any of it’s particularly excessive, though it does have that grim, gritty feel that seems to get attached to a lot of DC properties.

Deaf & Hard of Hearing Gamers: It’s perfectly playable for the hard of hearing, and subtitles are included. It’s fully accessible.

Your score seems a bit inconsistent with your closing paragraph (and the rest of the review). I’m not doubting you think it merits that score, but it’s not clear from what you’ve written why it does.