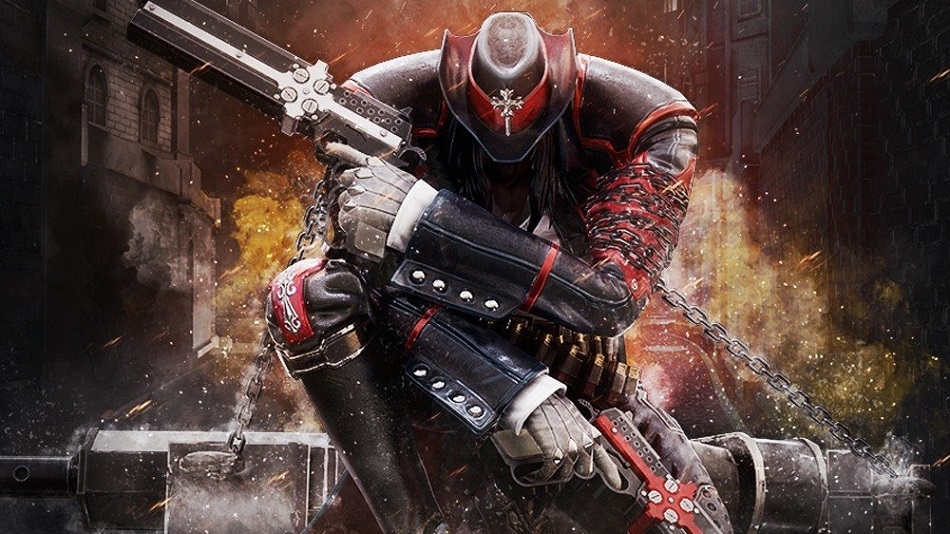 WTF It honestly feels like large chunks of the game are simply absent.

This year more than any other, VR has gone out of its way to persuade gamers that it’s more than just a platform designed to shuffle neat-but-limited gimmicks onto our shelves. With titles such as Astro Bot and Tetris Effect proving to be both wondrously immersive experiences and rock solid games at the same time, some of 2018’s VR releases have been some of the best yet. Others, however, very much aren’t. Gungrave VR falls into this latter group.

I wasn’t overly familiar with the IP before playing Gungrave VR, and having finished it, I’ve still no idea what it’s about. Main character Grave looks kinda cool — he’s a dual pistol-wielding undead warrior with a demonic coffin chained to his arms that can be used to annihilate foes, but beyond that… well, there’s barely any storyline throughout, and Grave is shunted from one location to the next with no explanation. One moment he’s gunning down enemies in a city street, then suddenly he’s on a train, then before long he’s off battling a giant mechanical samurai or appearing on a flying bike and taking on a battleship in the sky. 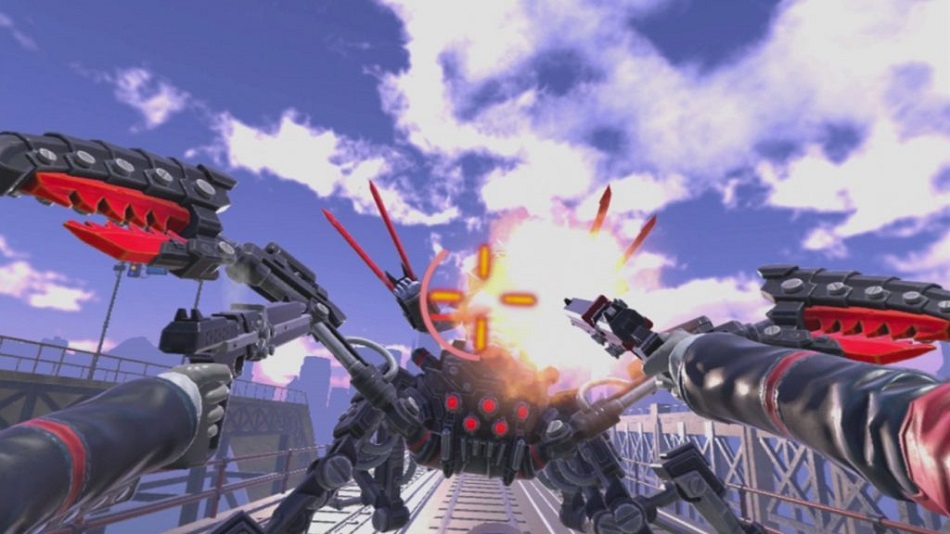 There are two main types of gameplay encountered during Gungrave VR‘s short runtime. The first and better of the two is when it plays as a third-person actioner. There’s a large aiming reticle onscreen which the player aims by looking directly at their target. Grave can roll around to avoid enemies, melee anything that comes into range, score headshots, and initiate one of two special attacks, such as a minigun-style first person sequence or a short-range barrage of bullets. He doesn’t have to reload, but rather vents his guns as they begin to overheat. He can also slow down time briefly if need be, so he’s reasonably well-equipped to deal with his foes. (I’ll get to the second gameplay type in a moment.)

Looking at what I’ve detailed so far, there are solid building blocks of a much better game embedded in Gungrave VR, but it all falls short due to a plethora of issues.

For one thing, there’s no option to have the camera turn smoothly. Players are forced to watch it jerk around, slowly tracking offscreen enemies at a snail’s pace – if an enemy gets behind Grave, using the right analog stick to find them takes an obscenely long time. 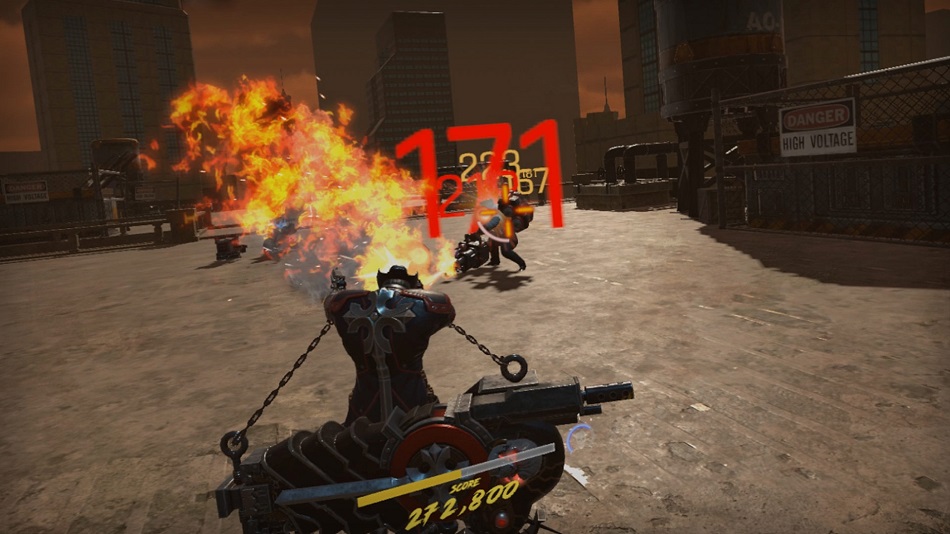 The implementation of VR is fairly shoddy throughout as well. At one point I found that I couldn’t read the instructions on a floating text box within the heads-up display because the letters were jumbled around in such a way that my eyes couldn’t focus on them. It turned out that part of the nearby scenery had ‘pushed’ this text box closer to my face than it should have been, and that the viewing angle made it almost unreadable.

In terms of enemy types, the game fails to impress with only a handful of normal foes to deal with. Gangster-styled hoodlums, mutant dogs and what I’m assuming are large dominatrix-style cyborgs make up the bulk of the adversaries, alongside turrets and some occasionally tankier foes. Elements of combat can also be unclear. Enemy attacks can sometimes be deflected back to dish out serious damage, but sometimes they can’t, and there’s little indication of when it’ll be successful.

Things like these are poor, but ultimately fairly minor issues. The first real indication of how much of a mess Gungrave VR can be is when fighting a giant samurai boss. It has a habit of charging into Grave and continually knocking him down before he can recover, and doing so obscures the player’s view by clipping into the space where the VR headset is positioned. It’s disgustingly disorientating and makes fighting him a confusing, fractured chore, especially given that there seems to be no invincibility window during a player’s well-timed dodge. 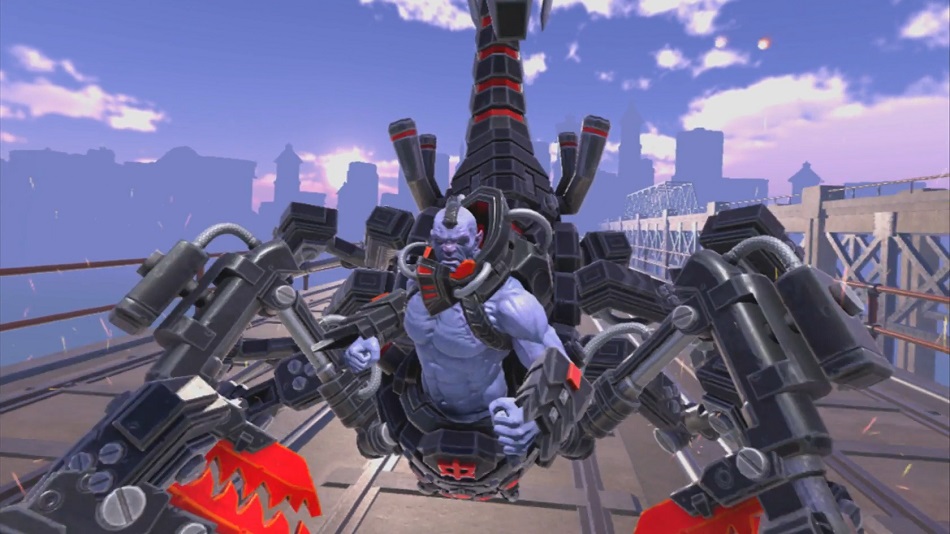 Then there’s the second type of gameplay I mentioned — it’s a first-person action sequence with the same basic concept of looking at whatever needs to be blown to hell before blowing it to hell, but Grave is completely immobile during these sections and can’t avoid incoming attacks. Frankly, these setpieces soon become interminably dull since they largely seem to last forever. Each one feels like an endurance test rather than an action-packed extravaganza.

Then, having played for less than an hour, Gungrave VR sputters to the finish line with an ending that essentially tells everyone to buy the next game in order to find out how the incomprehensible storyline ends. I barely even understand how it started, and there’s little reason to replay other than unlocking what appears to be a single bonus costume by SS ranking on every level.

Now, I’ve a history of championing B-tier games. Done well, they can outperform so-called triple As in story, heart and especially gameplay, even if they rarely match up in terms of graphical prowess or polish. Gungrave VR, however, isn’t one of the underdogs I’m cheering for.  It may have the right attitude and style for a VR shooter, but nearly everything is implemented abysmally. From its awkward controls and awful presentation to the fact that the whole experience lasts less than an hour, there’s no reason to invest time or money. There’s almost certainly a much better game lying within, but for now Grave should probably stay buried. Rating: 2.5 out of 10

Disclosures: This game is developed by IggyMob and published by XSeed Games. It is currently available on Playstation 4. This copy of the game was obtained via publisher and reviewed on the PS4 Pro and PSVR. Approximately 2 hours of play were devoted to the single-player mode, and the game was completed. There are no multiplayer modes.

Parents: According to the ESRB, this game is rated Teen and contains Blood, Mild Language and Violence. I’d be surprised if anything in here even mildly upset younger players other than the quality of the game itself. 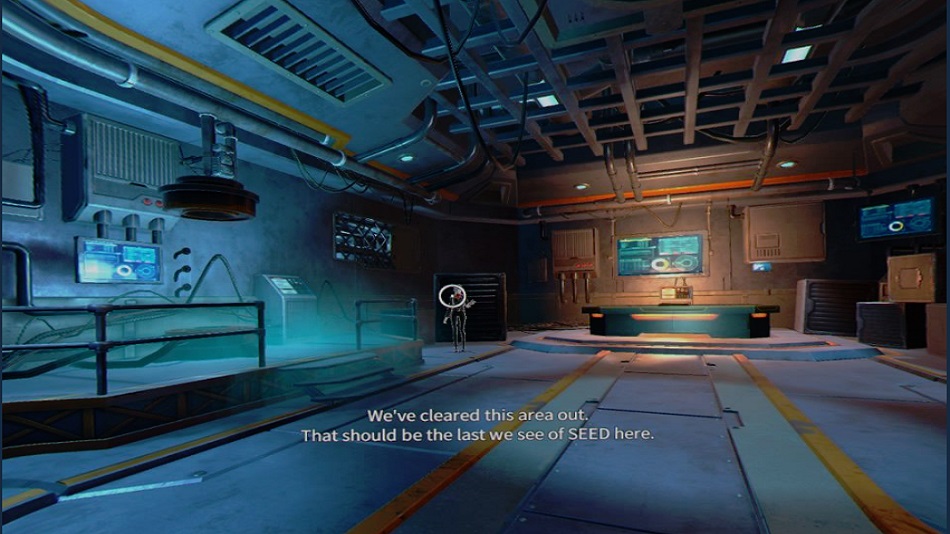 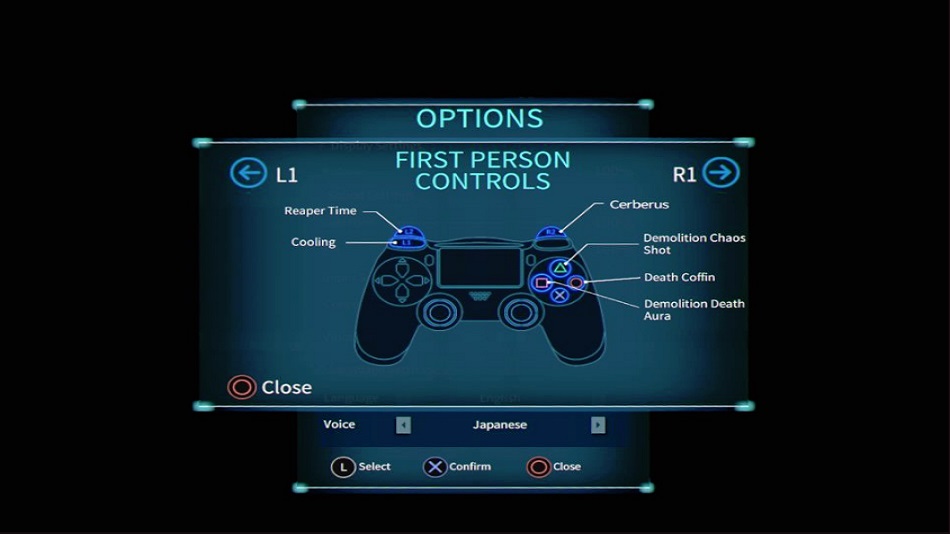 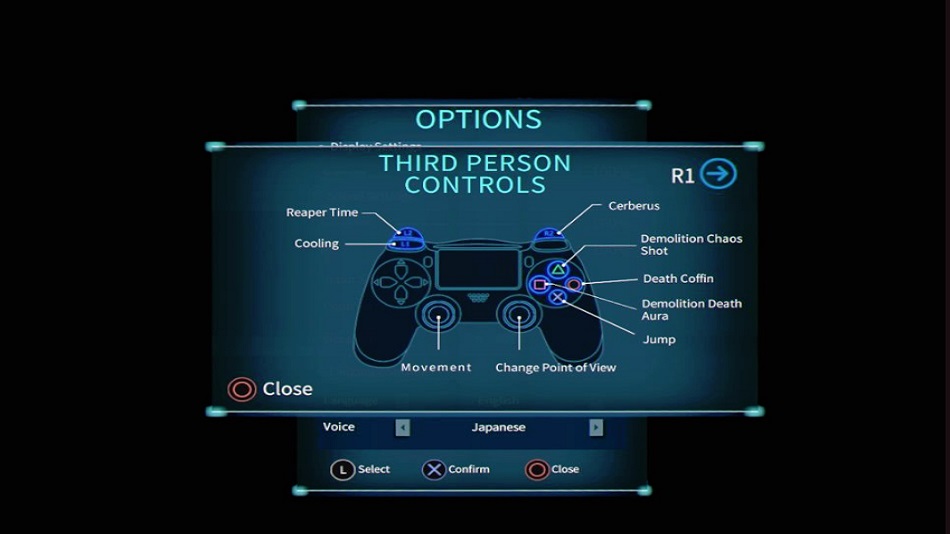