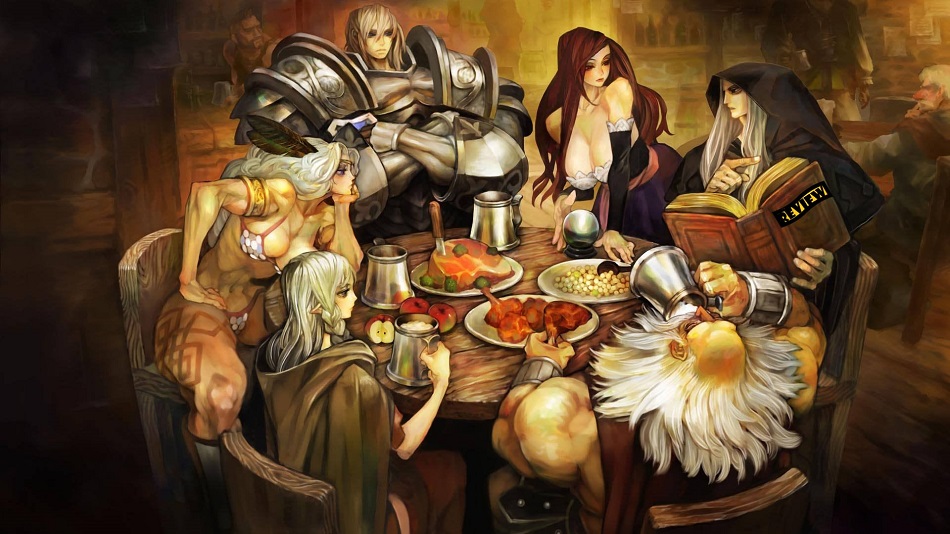 HIGH The art style is gorgeous.

LOW Once the repetition kicks in, it kicks in hard.

WTF Why is the online multiplayer locked away for so long?

As an updated version of a game that originally came out five years ago for the PS3 and Vita, some people might be wondering what’s changed since those releases. The answer is…honestly, not much. Everything’s been given a 4K resolution facelift, the soundtrack’s been remastered with a live orchestra, and there’s now support for multiple narrators and languages from the get go.

It’s essentially the same game, so previous owners shouldn’t expect to delve into new dungeons or battle terrifying new bosses. Interestingly, my old save carried across to this new iteration perfectly, despite originally being from a different region. Connecting to the network for online play (a feature inexplicably locked off until players have completed most of the initial levels) even allows for cross-platform play with owners of the older releases.

Fortunately, despite not bringing much new content to the table, the core game’s still an enjoyable romp. Players can choose one of six character classes and team up with up to three other adventurers to journey off and defeat evil by smashing it in the face with an axe. Each class can level up via loot and experience points that improve their skills — for example, the Amazon can attack faster and faster as she gets stuck into enemies, or she can spin around in the air for extended periods like a veritable human buzzsaw as she powers up.

There are also a number of RPG-style systems at play besides the traditional classic 2D brawler structures Dragon’s Crown adheres to. Loot can be identified and equipped to each character for stat boosts, dungeons eventually offer up multiple paths, a local guild hands out sidequests, and there are a number of items for the journey ranging from healing items to strength potions. Weapons can be picked up and used, and bones of fallen adventurers can be brought back to town and resurrected so they can be added to the party. (Or, alternatively, buried in a graveyard for trinkets, which seems like a completely dick move given the local priest’s godlike powers of resurrection.)

One aspect I was never keen on has also returned, which is the ability to click on hidden runes in the environment and input short code sequences which unlock nearby doors, uncover secrets, replenish health, or all sorts of neat little bonuses like that. As useful as it sounds, it distracts players from the combat to engage in a lot of largely pointless background clicking. Get the sequence wrong? Do it again. Don’t know the runic pattern? Click randomly. It’s not exactly riveting. 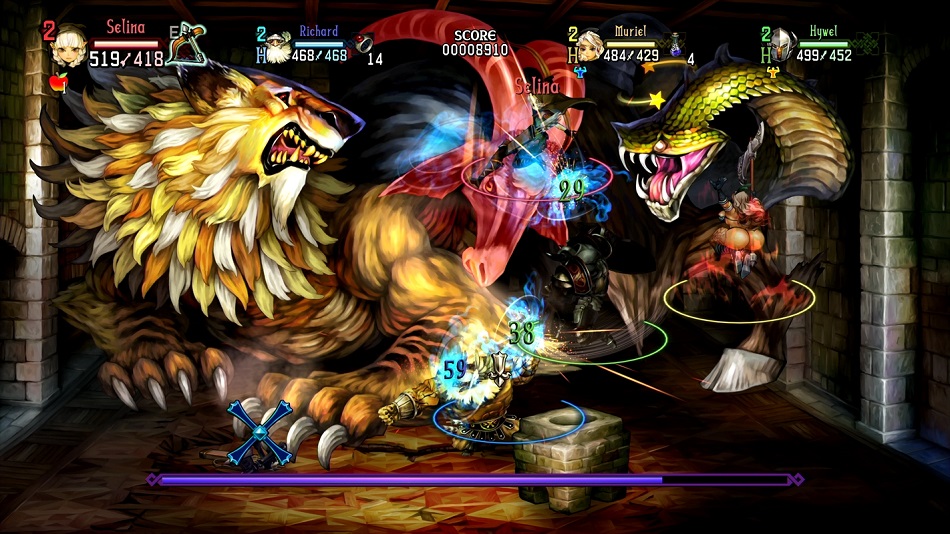 Rune-based annoyance aside, one of Dragon’s Crown‘s greatest strengths is just how awesome it looks. Yes, the characters are artistically exaggerated to shows off their attributes — especially the ladies. It’s been the subject of controversy in the past, to the point where I’m surprised that physical editions of Dragon’s Crown Pro don’t come packaged with themed handkerchiefs so that anyone emotionally unequipped to deal with Vanillaware’s artistic choices can dry their tearful eyes on the Amazon’s backside. Beyond the question of taste, characters and environments have a hand-painted, hand-crafted feel to them, and they’re extremely well-animated. Whether gallivanting through a  sun-dappled glade, descending into dank caves swarming with lizardmen, or flying around on a magic carpet trying to outrun a wall of fire, it never fails to look incredible. And this time, there’s none of the slowdown that could be found in previous versions.

There is one aspect of the visuals that isn’t up to snuff however, and it has a direct effect on gameplay — the hitboxes can be a little more miss than hit. There have been a fair few times when I’ve wound up standing in a spot, flailing away ineffectually at enemies who are just a smidge too far above or below my character. Then after whiffing, I’d immediately get smacked in the face by that same opponent. Along the same lines, battles are generally tough to parse at times – especially when the amount of sprites and effects onscreen kick into overdrive and it becomes near-impossible to identify where the player characters are. Heroes getting lost in a hectic fracas isn’t uncommon, nor is getting killed as a direct result of being unable to pick them out in time.

I like Dragon’s Crown, but I wish I liked it just a little more than I do. The premise is excellent, the art is exceptional and the gameplay is largely smooth. However, the creeping repetition from extended play sessions recycling the same nine short dungeons over and over offers little requirement to shake up the player’s tactics and the occasionally chaotic visuals conspire to drag it down in places. I’d often end a prolonged session with a sense of relief rather than accomplishment.

The loot system needs work, too. It’s common to return from a run with with dozens of items needing identification, guess which ones look like they could be of use, and then spend too much time poring over reams of +19% strength boosts traded off against advantages over the Undead or a myriad other stats. This maelstrom of bonuses might get some player’s min/max juices flowing, but to me it smacks slightly of overkill. Eventually I started identifying level-appropriate gear and ignoring the other stats completely.

When everything’s taken into account, my feelings towards Dragon’s Crown are a touch confusing, honestly. I love what it’s going for, how it looks and also enjoy how it plays — for the most part. On the other hand, I burn out on it incredibly quickly during each session. Even so, I’m genuinely glad it exists and wish there were more developers out there like Vanillaware who indulge themselves in creating passion projects like this one. Rating: 7.5 out of 10

Disclosures: This game is developed by Vanillaware and published by Atlus. It is currently available on PS4, with non-pro versions on the PS3 and Playstation Vita. This copy of the game was obtained via publisher and reviewed on the PS4 Pro. Approximately 15 hours of play were devoted to the single-player mode, and the game was completed. 5 hours of play were spent in multiplayer modes.

Parents: According to the ESRB, this game is rated TEEN and contains Blood and Gore, Partial Nudity, Suggestive Themes, Use of Alcohol and Tobacco and Violence. The violence is cartoonish, and I’d wager that only shrieking puritans are likely to find anything questionable.

Deaf & Hard of Hearing Gamers: It should be fine for most players. Subtitles are available for dialogue, and the basic gameplay doesn’t really need audio to alert players to enemies, etc. 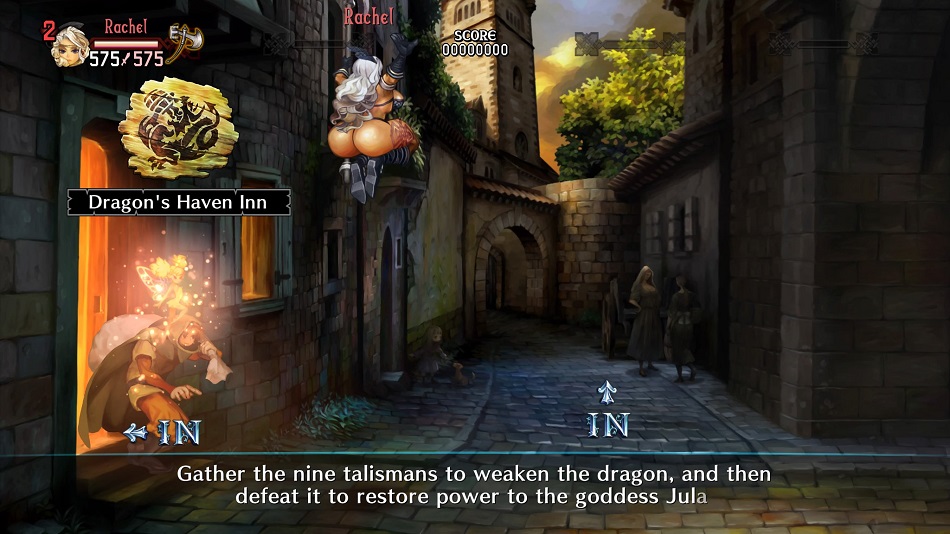 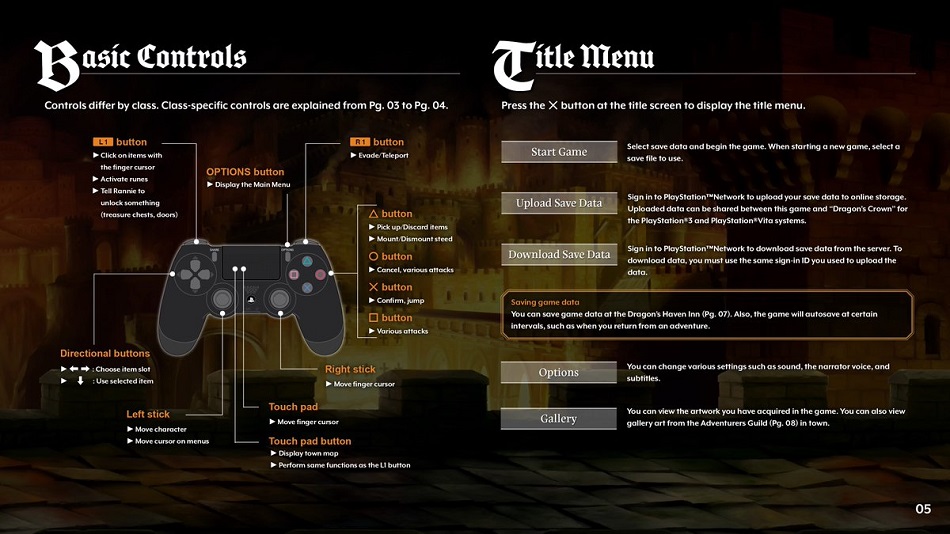