Devil's Third is definitely a game of two halves.

While I'm going to leave specific impressions of the single player campaign out until the main review goes live, I recently put a chunk of time into the multiplayer component. It should be noted that during this preview period it's been tough to get a full 16-player match going, mainly because servers are region-locked and the game isn't widely available yet. Even so, I've played enough to get what I think is a fairly reasonable handle on it.

Players first start out as a new recruit to the Federal Disaster Response Agency with a training rifle thrown their way and just enough money to buy a reinforced concrete bar to smack someone in the skull with. A few wins later and they'll be able to get started on the good stuff – from missile launchers to flamethrowers and miniguns, there's a method of murder to satiate pretty much every type of maniac on the planet.

I'm quite fond of going crazy with the sledgehammer, personally. 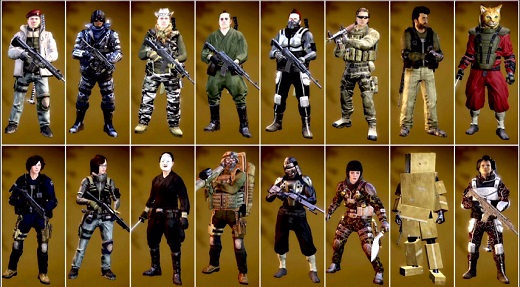 There are two main types of currency involved in Devil's Third's multiplayer. Dollen can be earned by participating and excelling in online battles, or in various ways such as a daily login bonus. It's mainly used  to purchase weaponry or bolster clan defenses (more on that later) but to really start unlocking the cool stuff, players need to get their mitts on some Golden Eggs, rewarded for leveling up, accomplishing certain feats in the single player campaign or bought with real money. These eggs are used for equipment customization such as scopes or extended magazines, special X-Gear weaponry used in battle during kill streaks, and purchasing additional outfits with stat bonuses attributed to them.

Yep, some equipment will enhance running speed or increase health. Beyond that, it can make them look crazy. Trust me, nobody's ever known true fear until some maniac wearing a gigantic fluffy kitten head atop an astronaut suit comes bearing down on them brandishing a fire axe. Brrr.

Players are largely left to their own devices at first, able to partake in free-for-all battles, team deathmatches and a cargo drop variant where they scramble to secure goods dropped from a passing airplane. Once they hit level five, Devil's Third really starts rolling out some of its more unique features — mainly those revolving around large-scale clan warfare.

See, while it's possible to go it alone and just hop into any side of a given conflict purely for personal gain, it's also a good idea to join or form a faction and start building up their strength and presence throughout North America.  Members are given personal fortresses which they can customize via their earnings, and the stronger their clan's presence in any region, the greater the overall rewards they'll receive in return. 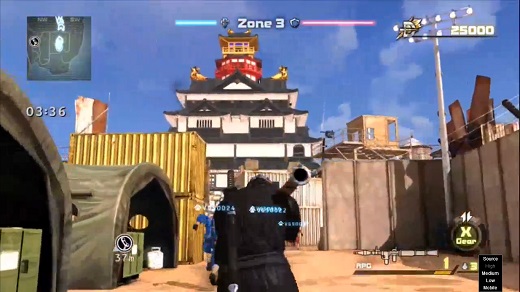 These player fortresses can all be expanded and customized to suit, which helps make every encounter at least a little different from any other – whether from sprinkling mines around, piling up sandbags or dropping fortified buildings outfitted with heavy machine guns into the battlefield, cunning players can help skew the odds in their favor. The system also allows for devious tricks such as funnelling attackers down a narrow path into the jaws of concealed sentry turrets, or denying easy access to advantageous routes throughout the stage by the use of well-placed fences.

The defending team doesn't necessarily have all the advantages though – the invasion force can call in help from their clan's stock of Special Arms, which generally take the form of planes, helicopters and targeted long-range missile attacks. These can level any inconvenient buildings in the way, or perhaps scout out the positions of enemy combatants so that the attacking team can pop them in the head from afar.

Naturally, all of these ideas would be largely meaningless if the gameplay itself was crap. Which, thankfully, it isn't. Hooray!

The mobility afforded to players isn't quite up there with, say, Titanfall, but running up the side of a building to escape being broiled alive with a flamethrower right before clonking the bugger in the face with a hurled sledgehammer is absolutely hilarious.  It's a shame that traditional wallrunning has been removed since the initial reveal trailer – there are certain spots where it would have absolutely vital as a mobility aid.

Control isn't quite as responsive as it could be in places, such as a slightly annoying delay between aiming with a melee weapon and having it lock on to a distant enemy. Aiming an assault rifle with anything resembling accuracy takes a lot of getting used to, as well. That said, there's definitely something to the way Devil's Third plays online.  The mix of melee and ranged combat is something that should have been picked up on by others long ago, and it's pretty neat stabbing someone a few times before rolling away and gunning them down as they try to block. 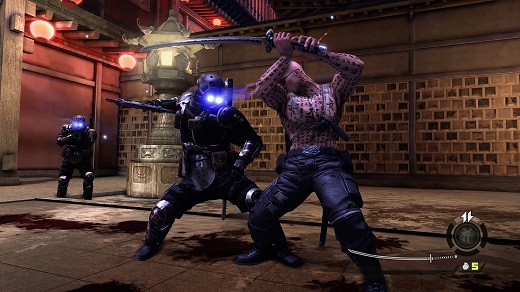 (It's less neat having a particularly hard-fought duel interrupted by someone on the sidelines gunning both fighters down in a hail of bullets, but hey, It happens.)

While my thoughts on the singleplayer campaign are definitely mixed, I'm inclined to think that with full rooms and a steady stream of games, the online could be an absolute blast. It was fun even under sub-optimal conditions, and there's a lot in there for gamers to get stuck into. However, I'll be delaying the final review of Devil's Third until I've spent a while with the multiplayer under real-world conditions. It's certainly no throwaway mode, that's for sure. Whether or not it lives up to its potential over the long term remains to be seen.