The Devil You Knew 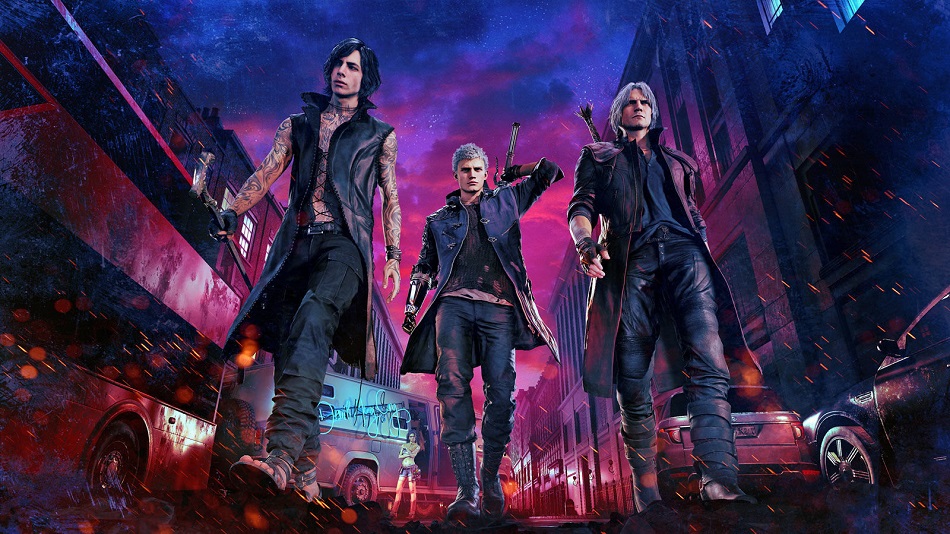 HIGH Nailing a chain of seemingly-disparate moves that flow into a gloriously insane combo.

LOW They really should have added a dedicated dodge button by now.

It’s been almost a decade since the last in-house Capcom Devil May Cry. Sure, there was DmC, the excellent Ninja Theory reimagining back in 2013, but it splintered off into a new, alternate universe that dropped much of the characters and mythology fans cared about from previous titles. This time, the team from Osaka are back at the wheel, and they’ve done a damn good job.

Players familiar with Capcom’s mainline Devil May Cry titles will notice that things have changed for our heroes since their last appearance. Nero was evidently so impressed by DmC‘s version of Dante that he shaved his hair and modelled himself on that version of the protagonist — right before  getting his right arm torn off. As for Dante, he’s evidently let himself go from lack of work, though he still has it where it counts. The pair are brought in to take on a lord of the underworld who’s used the inhabitants of Red Grave city as a power source to grow a demonic tree that will bestow ultimate power upon any who… ah, whatever. Basically, the bad guys are doing their bad guy thing and it’s up to our devil hunting chums to stab them repeatedly until they stop breathing.

There’s also one new addition to the cast — a pale, sickly youth known as V, who slouches around in a pair of sandals and enjoys reciting poetry while horrors are trying to tear his throat out. Thankfully, he’s better than he sounds since he can also call upon several familiars to rip opponents to shreds, though he has to perform the finishing blows himself once they’re appropriately weakened. 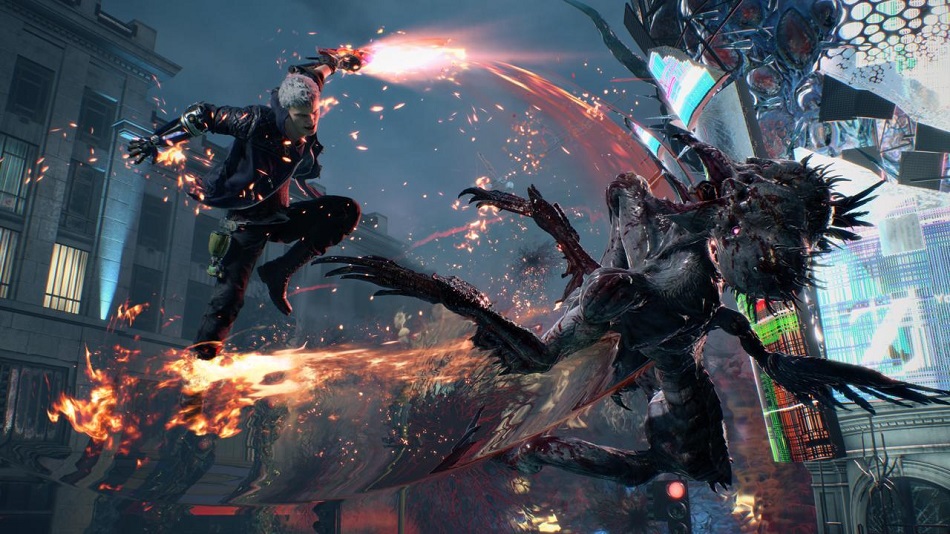 Dante and Nero’s movesets will be more familiar to returning players than V’s. Nero still uses the Red Queen and Blue Rose, a sword and pistol combo that also allows him to charge attacks by tapping L2 just as his blows land, or by ‘revving’ them up with multiple pulls. He’s also blessed with new disposable prosthetic arms that are fragile and prone to breaking, but allow for some crazy combos and changes to his moveset. The Punch Line allows him to surf a rocket, for example, or there’s a version called the Rawhide which allows him to whip enemies around.

Dante’s got a more complex arsenal at his command, allowing him to wield and switch between four different melee weapons and four different guns as he feels like it. From rocket launchers and motorcycles to a certain singer’s headwear, there’s nothing this maniac won’t use to clobber his foes.

Many of the best action games are designed so that the main challenge comes from the lethality of encountered enemies, but Devil May Cry approaches things differently – it’s easy to mow enemies down by spamming powerful attacks, so the challenge comes from trying to build a style gauge up to the top rank of SSS by utilizing a maelstrom of varied offensive moves while also keeping an eyeball out for incoming attacks.

This would be slightly less annoying if there was a dedicated dodge button, mind. 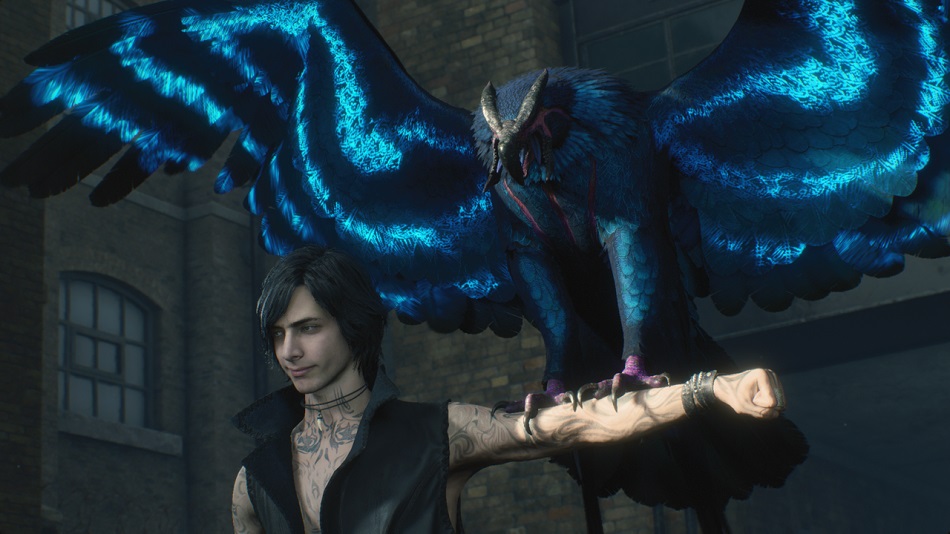 Most of its contemporaries understand the need for a quick, simple escape button when things are getting out of hand (Bayonetta and DmC both feature one) but DMC5 stubbornly sticks to its own method of evasion. Namely, the player must lock on to a foe, tilt the stick to the side, and then press the jump button. It’s a needlessly awkward sequence for such an essential maneuver, and if the camera’s wildly swinging around or players are tapping out a complex series of attacks, it becomes exponentially more difficult to perform when needed.

Still, that’s the only real issue I had with the combat aside from enemies occasionally acting more like punching bags than murderous nasties trying to shuck our heroes in half. When players get into the flow it feels pretty damn good, and watching the style rank shoot through the roof is a cool reward for shaking things up. Learning the ins and outs of specific enemies is also rewarding – deflect a Sin Scissors’ attack and it’s possible to blow its head off with a single gunshot instead of hacking away at its guard for ages, for example.

Another small addition is that players can come across ‘ghost’ data from other players when one of the three protagonists bumps into the other during a mission. Being able to compare one’s performance against another real player’s is a great idea, but the implementation here is half-baked — often the only way to see them is to stop and peer off into the distance, rendering it slightly useless. 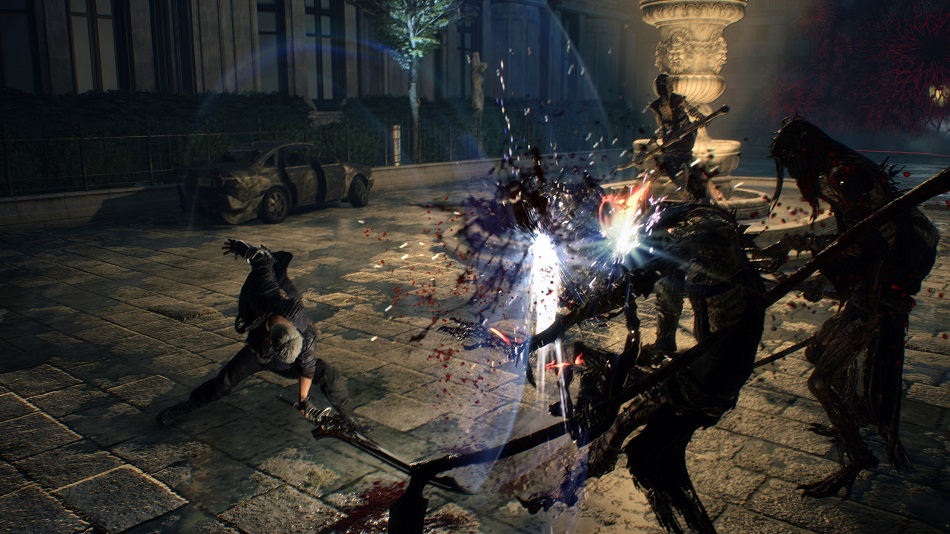 Visually, DMC5 is great, and runs on the same RE Engine that powered the recent Resident Evil 2 remake. Character models are exceptionally detailed, and cutscenes are majestically crazy in action. The art design’s a little lacking this time out after the opening few levels — the back end of the adventure is heavily loaded with demonic environments that are rendered beautifully but lack the creative spark to set them apart from loads of other games with the exact same aesthetic.

It’s also a shame that there are so many loading screens. They’re not very long, but they’re numerous. Upon starting a stage it’ll usually load a cutscene, then load into a menu, load a customization menu if required, reload the previous menu, and then finally load into the actual mission. This happens for essentially every mission in the game, and it’s excessive.

One last thing to note — I’m glad I continued to play past the initial, slightly underwhelming playthrough. It was both too easy and the moveset was too limited. it’s not until Devil May cry 5 starts throwing tougher enemies into the mix and the main characters have most of their skills unlocked that the game really comes to life. Those who want the most out of it should be prepared for a second run at least.

It may not be the best Devil May Cry — 2013’s DmC still holds that honor — but it’s a cracking action romp. Not sure why Lady and Trish have beams of light sparking out of her backsides on Sony’s console, mind, but still. Rating: 8.5 out of 10

Disclosures: This game is developed and published by Capcom. It is currently available on PS4 (censored), and the Xbox One and PC (uncensored). This copy of the game was obtained via publisher and reviewed on the PS4 Pro. Approximately 25 hours of play were devoted to the single-player mode, and the game was completed twice. There are no multiplayer modes, just an odd, asynchronous feature using ghost data.

Parents: According to the ESRB, this game is rated Mature and contains Blood, Partial Nudity, Strong Language and Violence. All the usual disclaimers apply here, a lot of demons get hacked in half in a generally-cartoony sort of way. Nero, still impressed by DmC‘s Dante, also started swearing more often, and Trish and Lady do interesting things causing rays of light to skitter across their backsides on Sony’s console. (Apparently Lady does this trick regardless of platform, but Trish only does it on the PS4. Weird.)

Deaf & Hard of Hearing Gamers: Deaf and hard of hearing games should be all right – I play with a more visual approach to seeing what enemies are up to and I was fine. While certain action games telegraph enemy attacks with audio cues, and there’s some evidence of that in here, it’s not as pronounced as in some other games – such as DMC3, for example. 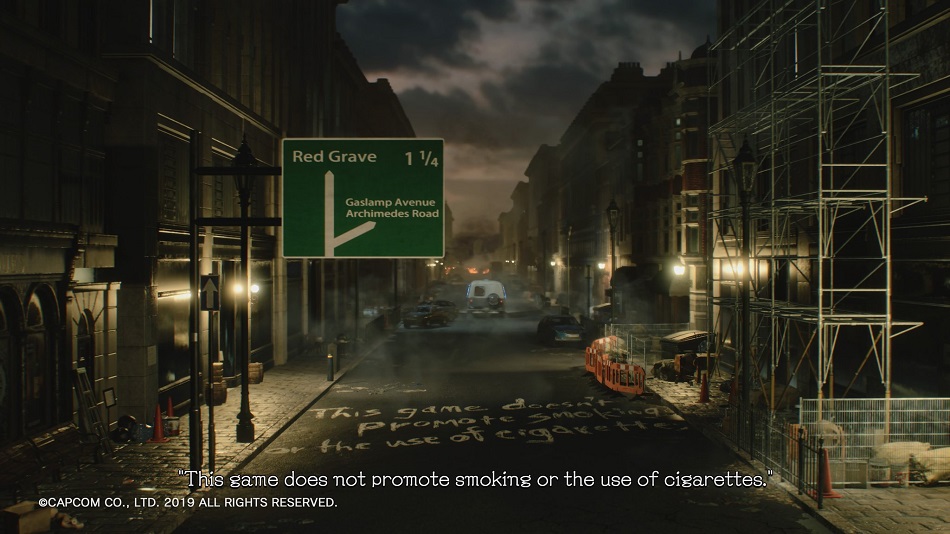 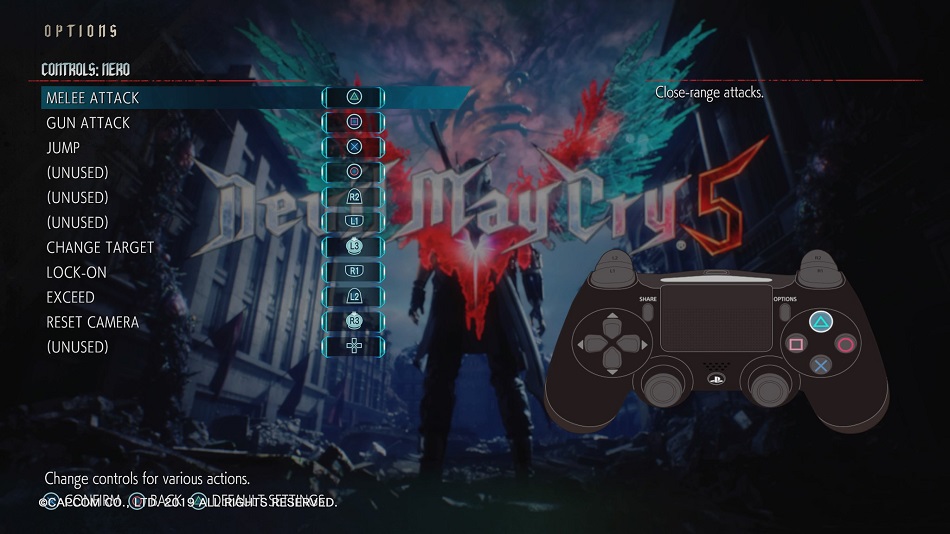 I don’t understand the negative reviews about this game. Capcom can’t be that wrong. I didn’t play the game but watched the event. It looks promising.

The whole “why is there not a dedicated dodge roll button?!?!?!” question is disingenuous and doesn’t really make any sense, for several reasons: 1. Two out of the three characters *have* a dedicated dodge for those who insist on one (Dante’s Trickster, push O; Nero’s Gerbera/GP01, push O in the air); 2. Each character is so mobile that they have like a bajillion other ways to dodge that make a dedicated dodge button superfluous anyway; (e.g. Dante’s Stinger, Nero’s Streak/Shuffle/Table Hopper, double jumps, V’s multiple dodge moves); 3. If you are constantly dodge rolling to dodge attacks, you are playing… Read more »

I’m so delighted to read the review and found out how Devil May Cry 5 is living up to hype.

I guess Capcom does it again.

Another trophy for them.

I’ve always thought that DMC 5 is definitely going to be an absolute smash hit, and guess I was right.