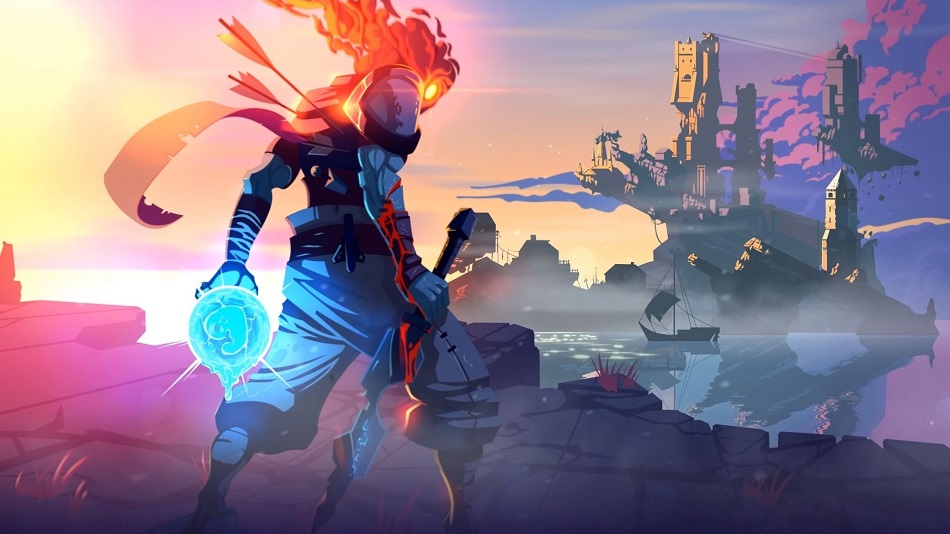 LOW The final boss initially feels like a brick wall.

WTF The main character’s pretty charming despite being a decapitated corpse.

Being incarcerated in a medieval prison can’t be a great deal of fun, especially when an all-consuming plague breaks out and the King orders everyone locked up to be executed regardless of how sick they are — it seems like a huge bummer. Fortunately, the hero in Dead Cells happens to be an amorphous bundle of slime who can slide around and leave his prison before going on a journey to the top of the castle he’s held in.

How does he do it? By attaching himself to corpses piled up in the dungeon, reanimating them, and platforming his way up. However, this reanimation ability isn’t a gameplay mechanic – just a lore-based rationale for the slime’s ability to come back to life after death when things go drastically wrong. And, make no mistake, things will go wrong during this two dimensional metroidvania roguelike extraordinaire. It’s a combat-based platformer against merciless enemies in a shifting dungeon that continually randomizes its layout, and death results in starting over from scratch.

Dead Cells is a challenging game, and the end can come swiftly as a result of even the tiniest of mistakes. Fortunately, it rarely feels unfair as the controls are absolutely spot-on. Every movement is smooth and perfectly judged, and our body-stealing protagonist darts around the place like a ninja on steroids. Attacks feel solid and vicious, and when enemies burst into piles of gems, it’s a seriously pleasing effect. 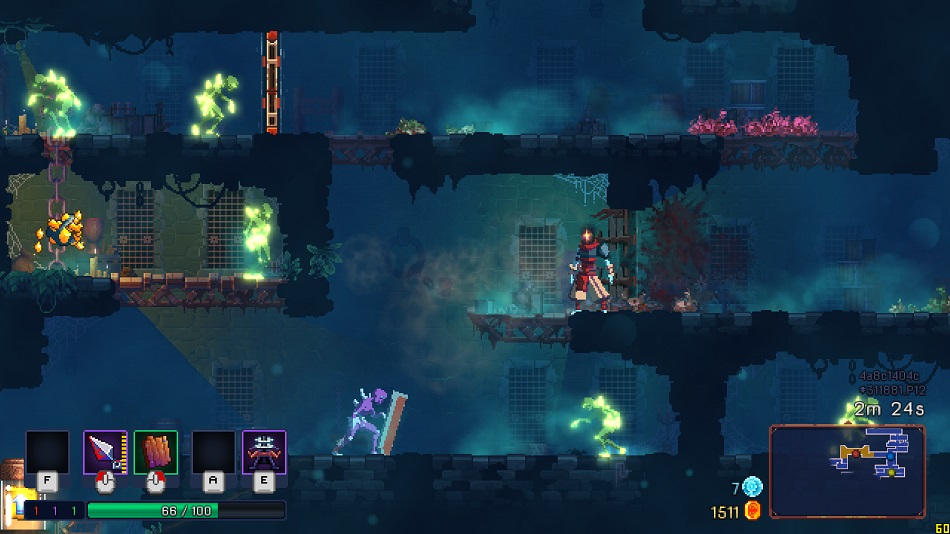 Progression in Dead Cells is based around both temporary and permanent unlocks. Players will earn blueprints and ‘cells’ by killing enemies and exploring, so if they can survive until the checkpoint located between every level, they can bank their discoveries and have them available in subsequent runs to help make things easier. Stat bonuses like increased health and damage tend to be temporary, lasting only for the current run. Permanent unlocks are usually related to equipment or character skills, and these allow a broader range of handy items to drop whilst adventuring – things like axes that stun foes and daggers with backstab bonuses, and even more exotic offerings like automated turrets that slaughter at a distance or traps designed to hold adversaries in place.

Interestingly, these can all have bonus effects as well. I mean, shooting an enemy to death with arrows is all well and good, but having toxic clouds and worms burst forth from the corpse to immediately attack his friends upon death? That’s going the extra mile. Synergy between well-chosen weapons like these can turn the tide of battle. My favored method of annihilating enemies eventually involved bursting through doors or smashing through the ceiling, chucking firebombs and grenades all over the place, and then legging it before the poor buggers could react. The resulting explosion of blood, limbs and occasional loot was utterly satisfying.

In terms of graphics, it’s rare for a retro-style platformer to impress me, but the look of Dead Cells is perpetually pleasing to the eye – from the slick animations to the colorful explosions of goodies and the neat background details involving countless dead victims, it’s a damn fine looking game. The music is fantastic too. 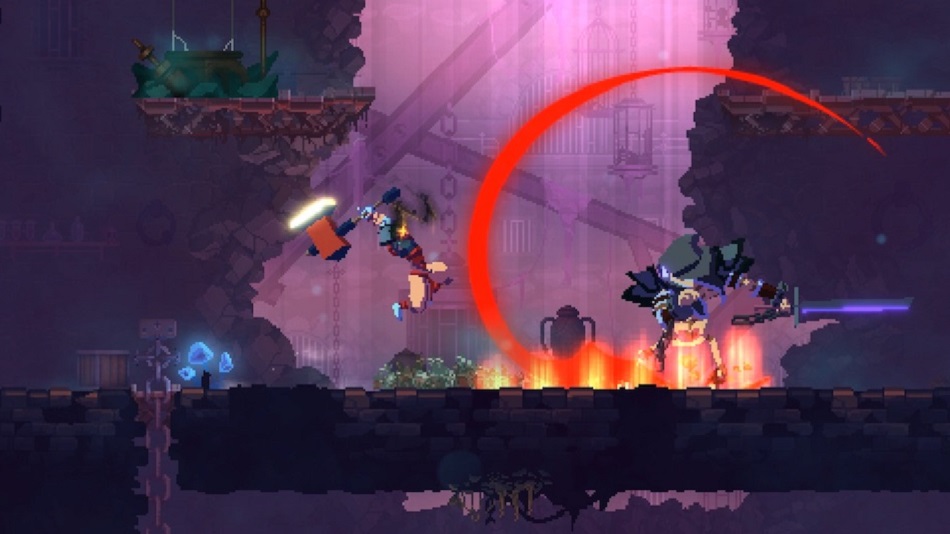 So far, so great — and it is great, make no mistake — but a few things did start to rub me the wrong way the longer I played.

The first is inherent to the roguelike genre, where repetition can set in over time. Since a successful run means a player makes their way from the beginning dungeon to the end battle with no shortcuts available, a few careless deaths can lead to repetitive runs with a feeling of fatigue setting in. Also, many of the permanent upgrades are expensive and will take numerous runs to upgrade or unlock, so this also adds to progress feeling glacial at times.

The other thing is that the final boss is a complete bastard, and I only mention this because he’s a complete bastard. After an early run filled with moments of personal brilliance, I managed to get to the last boss with barely a scratch, only to have the obnoxious git wipe his backside with me in ten seconds flat. I eventually shattered him after multiple retries, but having such a limited window to learn his attacks made each run feel hopeless for a while.  A tough end boss is totally fine, but spending roughly an hour making my way back through the game before being allowed another attempt… well, that’s less amusing.

Despite those issues, Dead Cells remains a fantastic roguelike adventure. It’s clearly a game that’s designed to be played for a hell of a lot of hours over an extended period of time, and has a lot of substance going for it. I’ll probably come back to it after a while, but even if the sense of burnout I wound up with persists, my initial experience with Dead Cells was still a hell of a good time. Rating: 8 out of 10

Disclosures: This game is developed and published by Motion Twin. It is currently available on PC, PS4, Xbox One and Nintendo Switch. This copy of the game was obtained via publisher and reviewed on the PS4 Pro. Approximately 15 hours of play were devoted to the single-player mode, and the game was completed. There are no multiplayer modes.

Parents: According to the ESRB, this game is rated Teen and contains Blood and Gore, Language and Violence. Aside from some dark humor, there’s little that came across as particularly shocking or inappropriate other than some mild stylized violence. Then again, there is a cool aesthetic to it predicated on the fact that there’s loads of corpses lying around, so what do I know?

Colorblind Modes: There are no colorblind modes available in the options. While unrelated, an epilepsy option exists.

Deaf & Hard of Hearing Gamers: Unfortunately, there is one area in Dead Cells where an optional puzzle almost requires the use of sound to complete successfully. One area has a set of bells where the tone upon being struck is integral to the puzzle – though thankfully it’s an entirely optional side event. It could be done with trial and error, but will take longer. The rest of the game has the usual issues where enemies have aural cues before attacks, but it also does a good job of visualizing these attacks before they occur too. 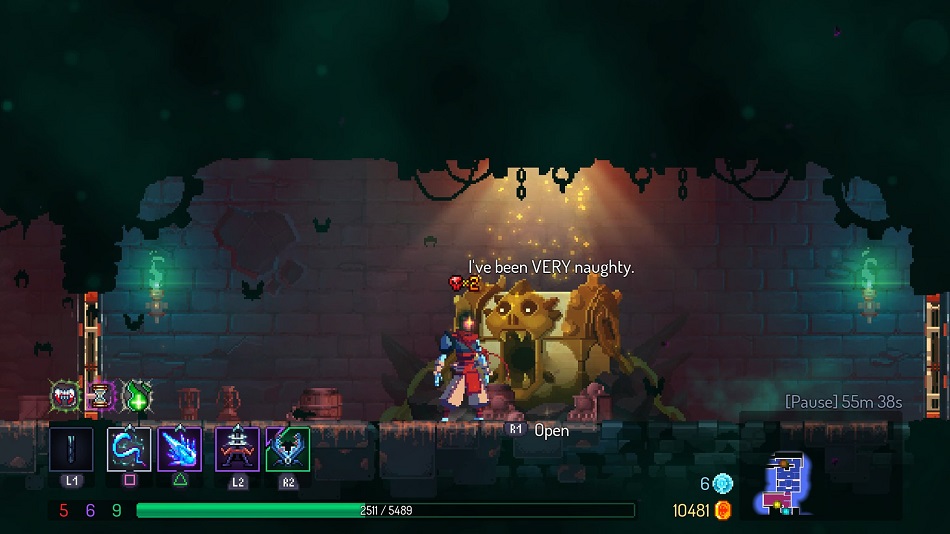 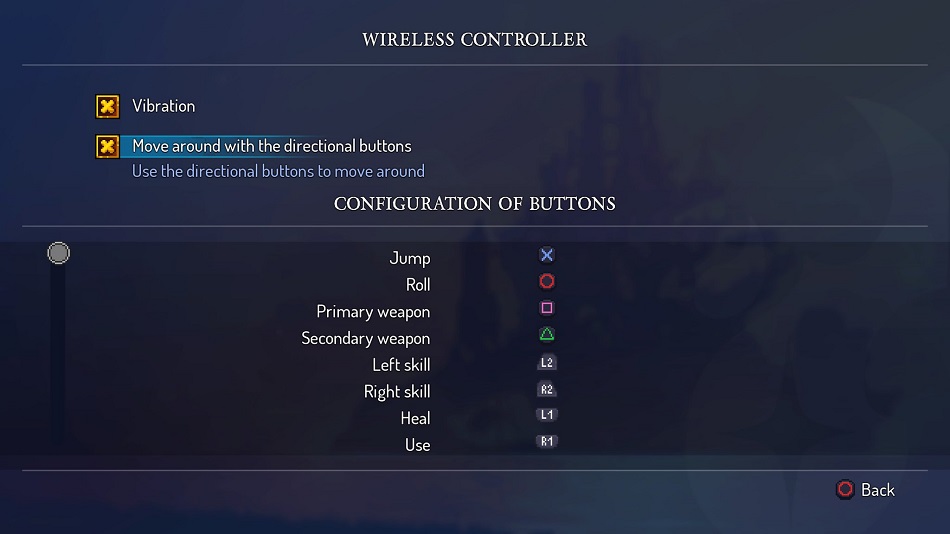 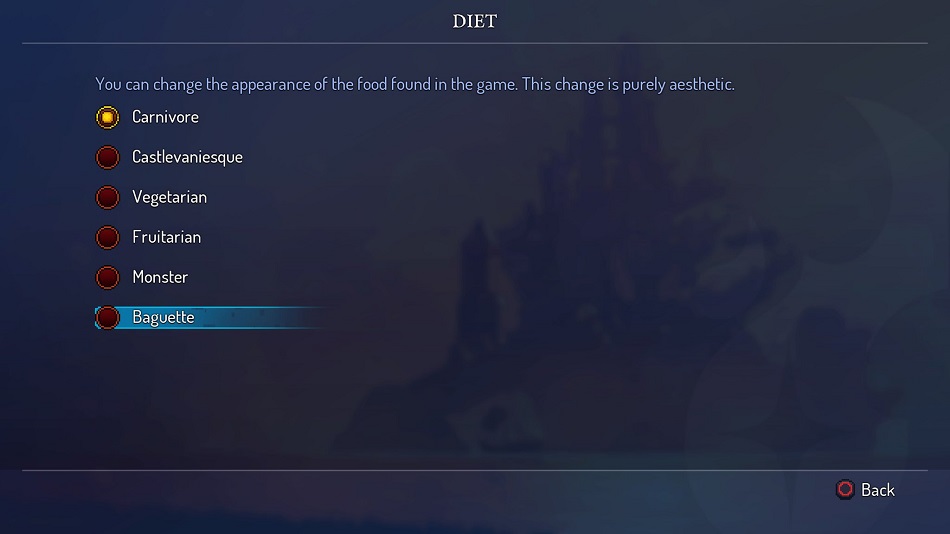