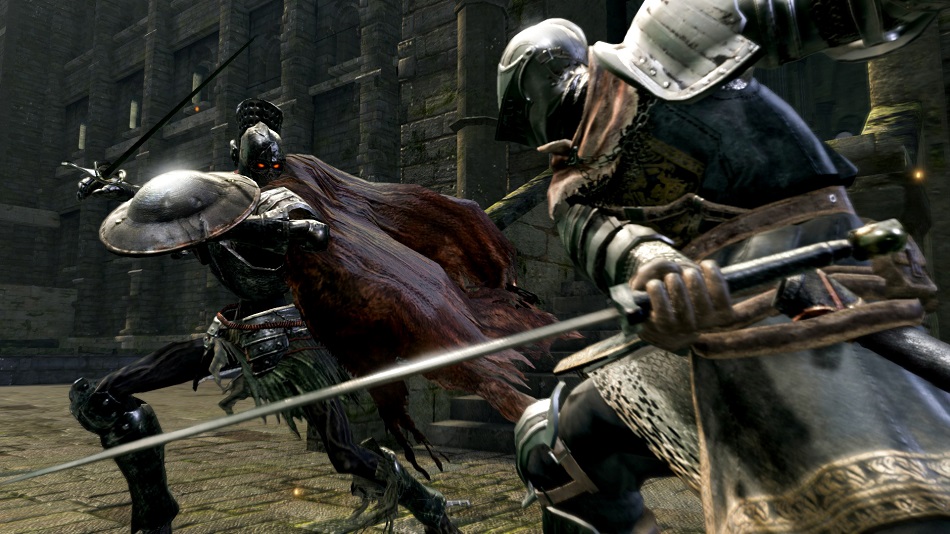 WTF Shouldn’t this just be a free patch for the PC version?

While I’m sure that most gamers are familiar with the Souls series by this point, let me recap — they’re a series of fantasy action roleplaying games where players attempt to make their way through areas chock-full of enemies and traps ready to kill them at a moment’s notice. There are a host of spells, ranged weapons and melee weapons to discover and utilize, and players are constrained by a stamina gauge that limits their ability to wade in and start chopping away at adversaries.  Evading, blocking and running around the place will also drain stamina quickly, so it’s important to be mindful of expending it so that there’s always some left for emergencies.

This is a tight and rewarding combat system the likes of which is rarely seen in RPGs. That said, death comes quickly to the impatient, so tactical and methodical murder is generally the best way to approach combat – preferably with a decent shield at hand to ward off enemy blows. Or, perhaps some will prefer to fight at range with spells and bows? Also viable depending on which build players opt to go with as they level their character and specialize in their ability to tank hits, cast sorceries or wield heavier weapons and armor.

Dark Souls takes place in the land of Lordran, a place so diseased and bereft of hope that just looking at a screenshot is enough to give most players an unexpected dose of tetanus. However, despite the appearance, it also happens to be incredibly well designed. It’s filled to the brim with things to discover and shortcuts to unlock, and is just open-ended enough to let players head off in any direction to discover something new. Skilled players can break the standard path of progression to tackle more difficult challenges earlier than usual, which also allows them to get their hands on better equipment sooner. This isn’t an open world in the general sense, but the freedom to explore is handled very well indeed. 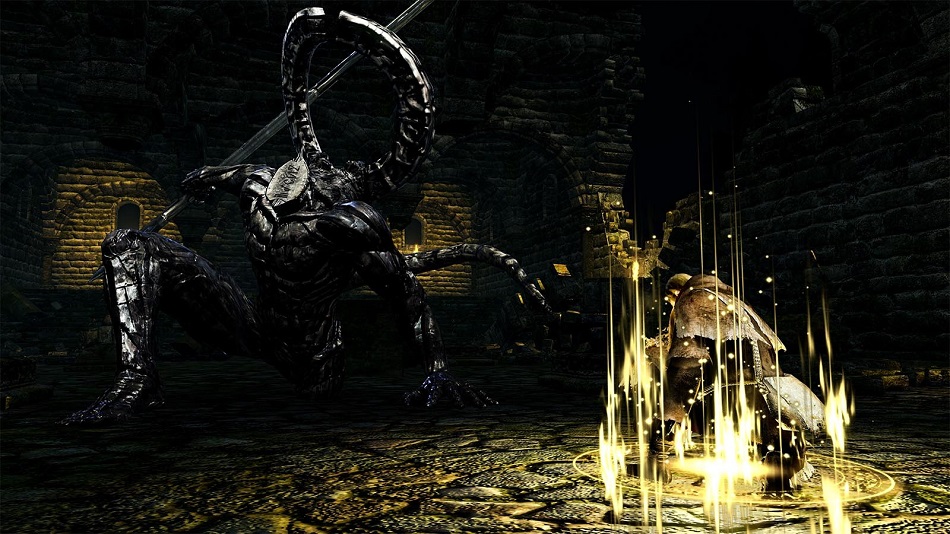 It’s also surprising how much about Dark Souls I’ve managed to forget over time – and this is coming from someone who put hundreds of hours into the original and even produced guides on Youtube for it.  The experience is bursting with easily-missed secrets and time-limited questlines that become impossible to complete upon killing a certain boss or travelling too far into any given area. It’s a labyrinthine affair, even to those (like me!) who’ve walked this path before.

While it remains a gripping adventure title worthy of the acclaim it’s received over the years, the biggest problem I have with Dark Souls Remastered is that it has to be shoved under a microscope in order to find out what’s new. The changes on offer here, most notably a sixty-frames-per-second boost and 4K resolution bump, are the kind of things most  PC gamers would expect to find in a free update patch.  Of course, it’s nice to see it available on current gen consoles, and it does come bundled with the excellent Artorias of the Abyss DLC included,  but compared to something like the recent Shadow of the Colossus remake, it’s an underwhelming update.

There are a few other changes, but they’re even more miniscule than the minor bump in texture fidelity. Covenants can now be quickly changed between at bonfires once discovered, and there’s room for a couple more players during online play — and that’s essentially it.

On the plus side, the infamous descent into Blighttown will now be a little less rough – while it was poorly optimized and ran like a slideshow back then, it’s now humming as smoothly as the rest of the game does. However, there’s nothing to be done for the noticeable dip in level design that occurs in the final section of the adventure, though — Lost Izalith still looks like it was simply never finished, and the Tomb of the Giants is enough to cause players conniptions. And the Crystal Cave? Still a brief trek through mediocrity that can’t hold a candle to its immediate surroundings. Coming off the immaculately designed Sen’s Fortress and then journeying into one of these areas… the difference in design quality can be startling.

So, Dark Souls Remastered is a surprisingly mundane update to a now-legendary title that helped break all the rules of what videogames could aspire to. The core experience is still a truly fantastic, deep adventure that should be played by pretty much everyone who can tolerate a stiff, unyielding challenge – but the minimal effort put into this remaster also smacks of a fairly lazy cash grab. New players should dive in without a second thought, but for those who’ve traveled through the Kiln and back before… well, just be aware that there’s almost nothing truly new on offer here. Rating: 8 out of 10

Disclosures: This game is developed by From Software and published by Bandai Namco Games. It is currently available on PS4, Xbox One and PC. This copy of the game was obtained via publisher and reviewed on the PS4 Pro. Approximately 45 hours of play were devoted to the single-player mode, and the game was completed. Multiplayer is intertwined with single player, though the game can be played completely offline.

Parents: According to the ESRB, this game is rated Mature and contains Blood and Gore, Partial Nudity and Violence. There’s a lot of horror style enemies and bodies littering the place, though there’s not much a great deal of excessive, graphic violence like dismemberment or the like.

Colorblind Modes: There are no colorblind modes available in the options

Deaf & Hard of Hearing Gamers: There are a lot of situations where being unable to hear audio cues will directly affect a player’s ability to play the game – the twang of a crossbow cluing them in that an arrow is incoming from offscreen, or the rumble of a gate being unlocked in the distance. There aren’t enough visual aids to fully overcome these issues, though familiarity with the game over time would likely help deal with these issues. 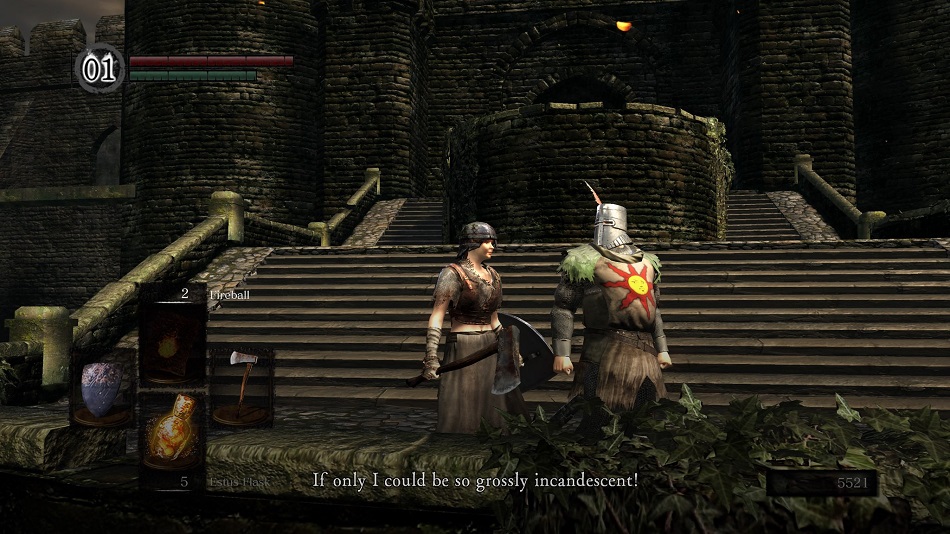 Remappable Controls: This game does not offer a controller map diagram, but…. 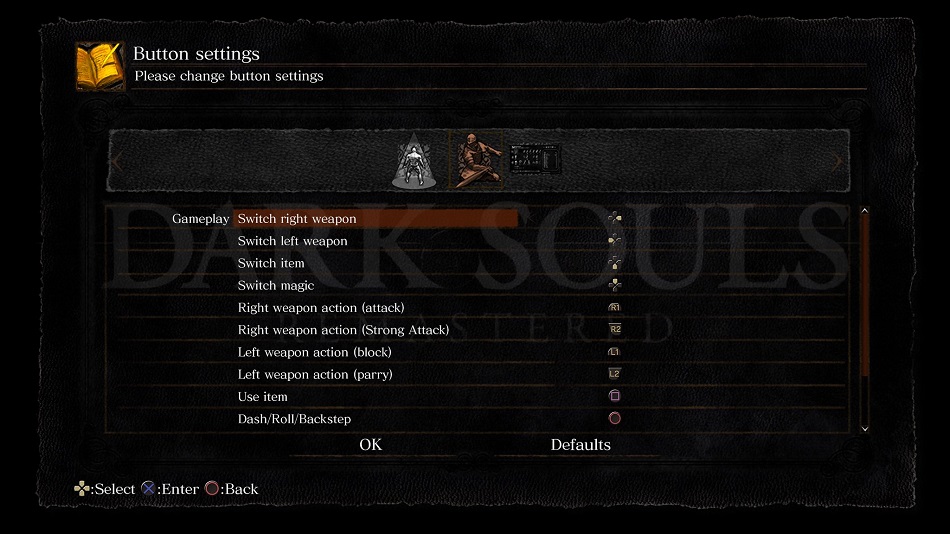