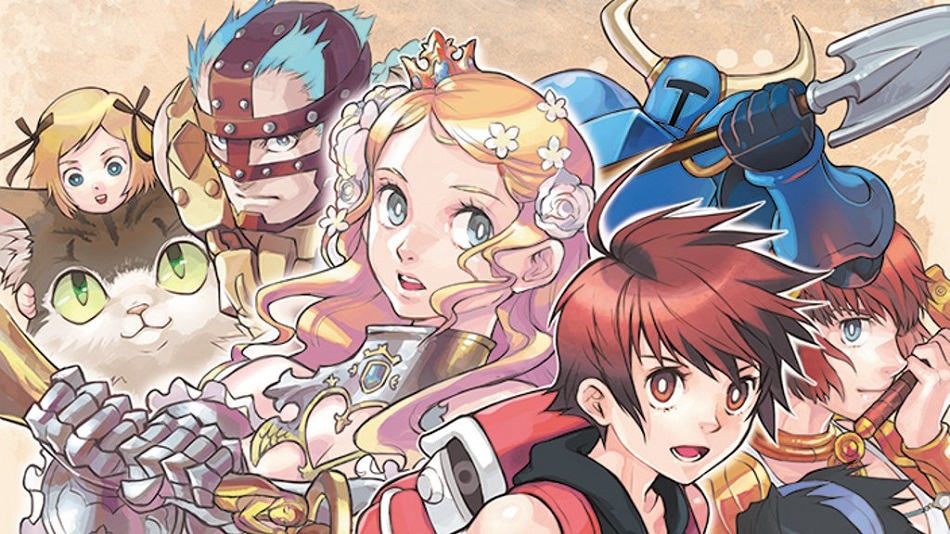 WTF Solange’s talk with her brother in story mode.

Fighting game crossovers are nothing new. Capcom in particular has made some of the craziest crossover events in history, pitting characters from their varied Intellectual properties against the likes of Marvel, SNK and Tatsunoko. Let’s also not forget that Nintendo’s Link and Todd McFarlane’s Spawn popped up in the Soul Calibur series (Geralt of Rivia soon to follow) and that SNK’s Geese Howard and Noctis from Final Fantasy were recently featured in Tekken 7.

Like I said, the concept’s been around for a while, but Blade Strangers is a brawler that might be just a little bit crazier than these others crossovers in its own way, given how amazingly niche its cast is. When the likes of Shovel Knight is pitted against Isaac – and yes, we’re talking about the weird crying baby thing from The Binding of Isaac – it’s obvious that this entry is aimed at fans of indies. Aside from being a curiosity, it also happens to be a pretty enjoyable fighting game in its own right, which is a bonus. 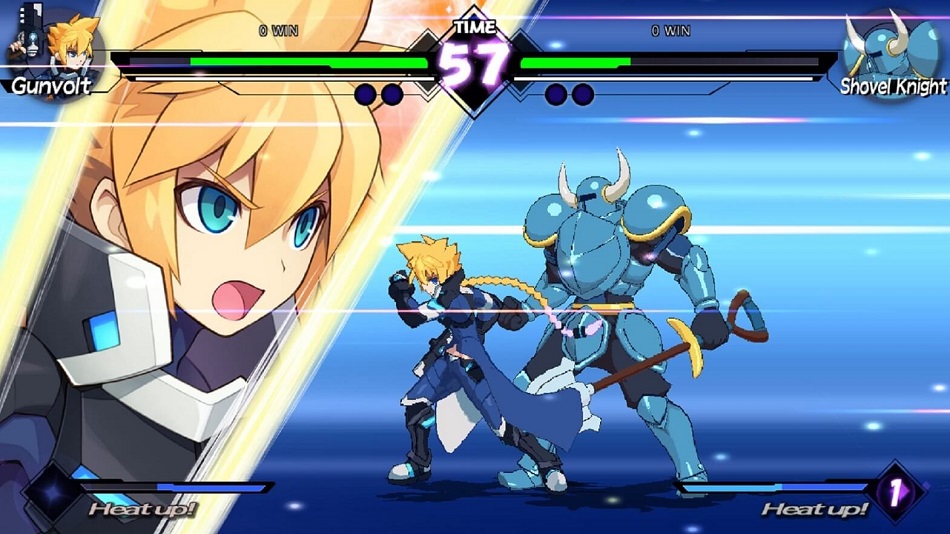 At heart, it’s a one-on-one 2D fighter. Controlling each character, most of whom are armed with massive swords, guns, shovels or giant cats, is common fare for anyone who’s played a fighting game before, though special attacks are largely simplified in comparison – instead of a string of inputs or quick motions, holding a direction and pressing the Skill attack button will result in something like a rising uppercut, or chucking a fireball at the enemy.

All the non-special attacks are easy to chain, with weak attacks linking into stronger ones before finishing the assault off with skills and supers. It’s incredibly easy to control, and given the type of game it is, this approach works in its favor. In motion, the combat feels surprisingly polished. Movement and attacks are snappy and work as expected, and the simplified chaining system means that it’s easy to get in and start wrecking face.

However, there are telltale signs that it’s not a super-high-budget offering (characters typically having only one low-animation throw and a single win pose) but the combat is good. It’s responsive, hitboxes typically behave themselves, and it moves at a decent clip. It also happens to look great in handheld mode, though less so on a TV once the art style is blown up and the rough edges become easier to spot. 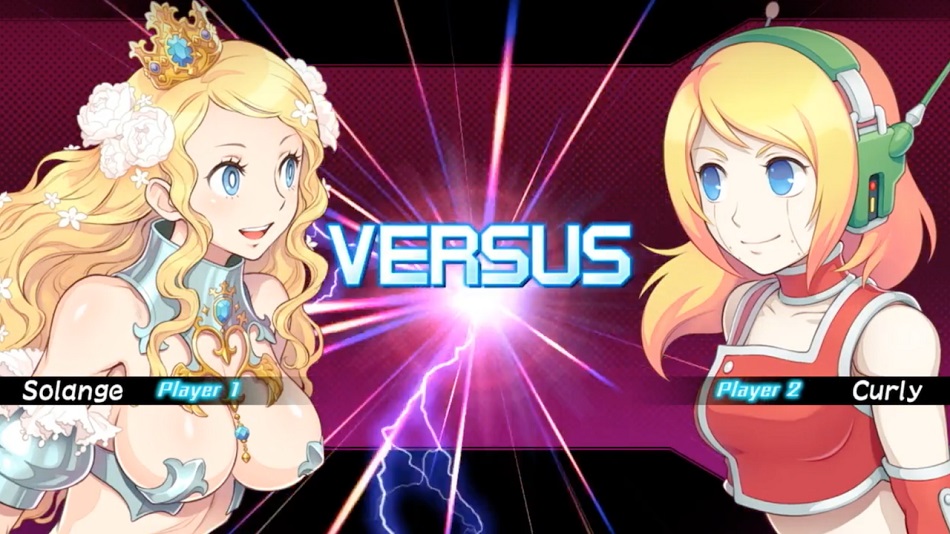 Like most crossovers, the story is terrible. A bunch of PC servers are trying to create a bunch of new whatchamacallits after the old ones got wiped out, so basically I wind up picking the half-naked Solange from Code of Princess and yadda yadda whatever. The characters may be a cool and stylish assortment of indie darlings, but the dialogue’s about as tired and predictable as it gets – and yes, they wind up talking about each other’s breasts a bunch.

Unsurprisingly, it’s already dead online. The online communities for fighting games have a habit of quickly vaporizing even at the best of times, with only a few notable exceptions able to carve out an audience. Blade Strangers doesn’t appear to be one of those exceptions given that I couldn’t find a single match during my review period, though the usual offline versus modes are present and accounted for.

There’s not enough to Blade Strangers to recommend it unreservedly, especially with a sparse playable roster and a lack of game modes, but the fighting is undoubtedly solid and enjoyable in bursts. It doesn’t have legs, but it does what it sets out to do, and does it surprisingly well. Rating: 7 out of 10

Disclosures: This game is developed by Studio Saizensen and published by Nicalis. It is currently available on PS4 and Switch. This copy of the game was obtained via publisher and reviewed on the Switch. Approximately 8 hours of play were devoted to the single-player mode, and the game was completed with most characters. 2 hours of play were spent in local multiplayer modes, though I couldn’t find an online match during testing.

Parents: According to the ESRB, this game is rated TEEN and contains Mild Blood, Mild Language, Partial Nudity, Suggestive Themes and Violence. It’s all done in a very light and carefree manner, and only people who’re really uptight about half-dressed characters are likely to burst a blood vessel over this one. The dialogue can be pretty juvenile in a similar vein, but nothing too bad.

Deaf & Hard of Hearing Gamers: There’s nothing in here that should hinder players due to audio. All dialogue is subtitled in a decently-sized font, and no gameplay mechanics that I found would rely upon audio cues that weren’t accompanied by immediate onscreen visuals. 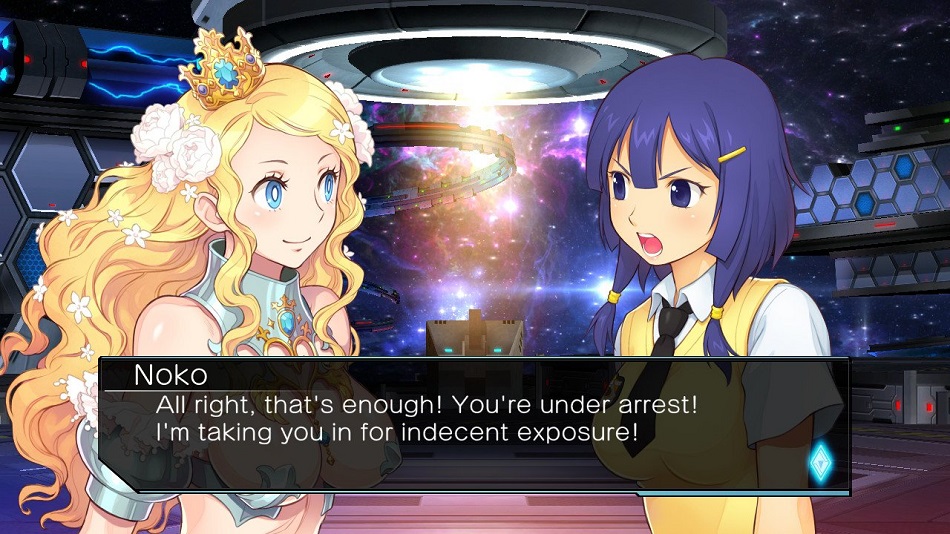 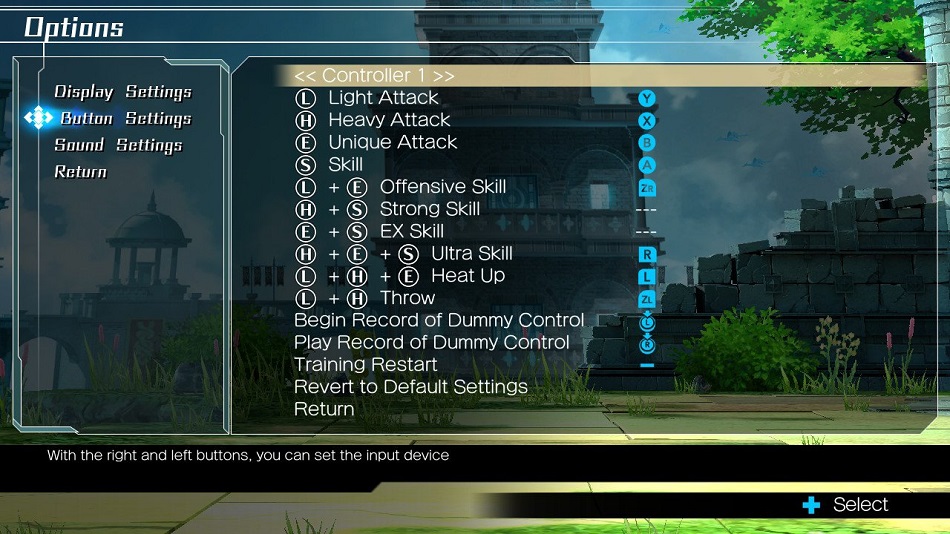