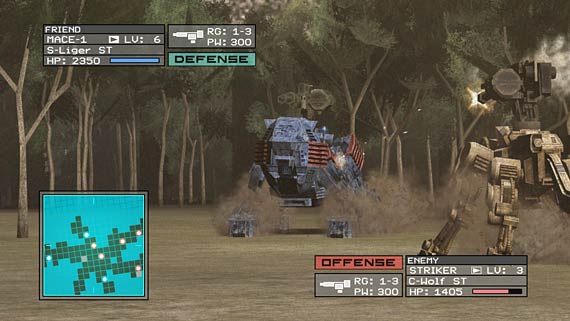 Parents should be okay with the game. There's a little violence, as one might expect from a game about giant metal cats with cannons on their backs, but nothing else objectionable, or even questionable to worry about. The 'mild language' of the warning is never worse than a damn or a hell.

SRPG Fans, even though you may be desperate for a new SRPG game to play, don't lower yourself to this level. Just play Front Mission again. You'll be much, much happier.

Deaf and Hard of Hearing gamers will have quite a bit of trouble, actually. Not in the gameplay, where sound plays nothing but a embellishing role in the proceedings, but the voluminous story sections are completely without subtitles, which would make them seem to drag on even longer than they do, I'd imagine. Luckily, they're entirely skippable.