Going Down With The Ship 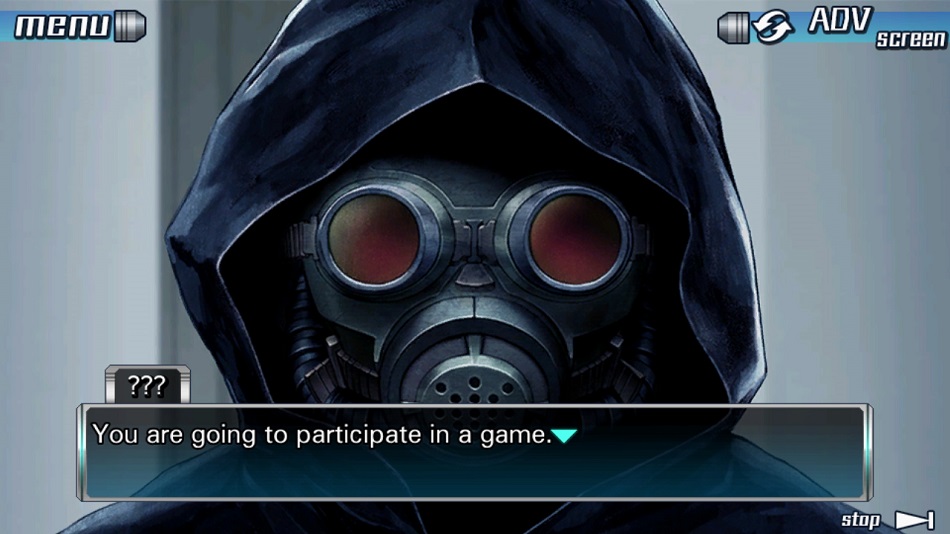 LOW Getting a bad ending because I’d skipped over key dialogue in my rush to see a new path.

WTF Wait… she’s one of the main characters of Virtue’s Last Reward? Did not see that coming.

As escape room/visual novel hybrids, the Nonary games revolve around nine people being brought to a mysterious location by an unknown actor and forced to take part in a series of challenges to earn their freedom.

The original, 9 Persons, 9 Doors, 9 Hours is a beautifully-structured mystery, the kind that can only work in an interactive format where multiple endings seem less like a cheat, and more like encouragement. Its sequel, Virtue’s Last Reward, is a continuation and an expansion that trusts its audience to be up to speed with the previous title as a whole new set of puzzles are laid out before them.

Zero Escape: The Nonary Games brings these two together in one convenient package for the first time.

While I can’t reveal too much about either story without spoiling things, I can say that 999 has one of the strongest openings of any mystery game I’ve encountered. The player is put into the shoes of an abducted student who wakes inside a hundred-year-old cruise ship, and is immediately asked to escape a room. A few puzzles later, he’s introduced to the other eight denizens of the craft, each of whom has been selected and brought to the ship for a very good reason… although only multiple playthroughs of the game will reveal what those reasons are. 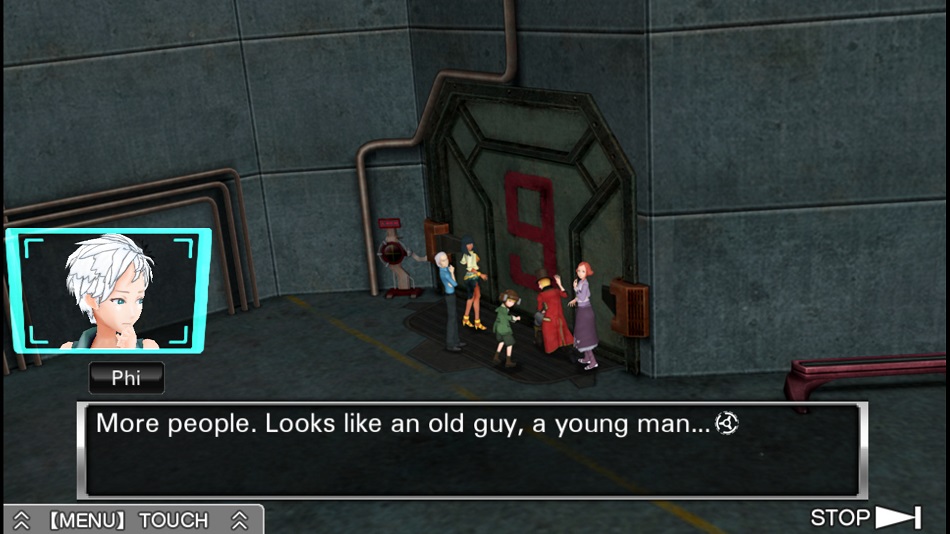 999 and VLR handle their branching storylines well. At any point players can take a look at a flowchart outlining their path through the game, and it lets them know not just where they are, but which paths unlock other decisions further down the line.

While a first playthrough will almost certainly result in a bad ending, the player will know exactly where they went wrong, and they’re always able to teleport straight back to the last decision point and put things right. I need to make clear that nothing has to be replayed in The Nonary Games — previously-read text can be fast-forwarded through, and completed puzzles can be skipped. The developers obviously want players to see the whole story, and they arm players with all the tools they’ll need to get through it.

The puzzles are generally solid, although some are a little taxing — more than once I found myself going over a few of the math-based escape rooms until my eyes glazed over. Nonary is never unfair, though, and it does a great job of offering hints to players who are having trouble – every puzzle has a close-up screen in which the player interacts with buttons, keyboards, and the like, and every time a player quits out of the close-up, some dialogue pops up to give a few key suggestions. If the player fails enough times in a row, it will even provide the answer. The experience can be challenging, but the priority is making sure that players never become too frustrated.

While the dialogue is good and the characters are extremely interesting, the most impressive thing about both games is how skillful the developers are at misleading the player. As they work their way through the story, players will develop theories about what’s going on all around them – those theories will be completely reasonable, and almost certainly wrong. As more paths are explored and more stories revealed, it’s startling how well all of the plot threads tie together to create a picture that leaves the player completely satisfied after the truth is revealed.

This is a fantastic presentation of two top-notch virtual novels. My only major quibble is that player is never made aware of how important it is to play the two games in the correct order. It’s not enough to see a couple of endings in 999 – if players don’t make it to the true ending before moving on to VLR, it will be casually spoiled in the most off-handed way imaginable. Beyond that, very little goes wrong here, and I’d say that this one of the best visual novel experiences I’ve had. Rating: 8.5 out of 10

Disclosures: This game is developed and published by Spike Chunsoft. It is currently available on PS4, PC and VITA. This copy of the game was obtained via publisher and reviewed on PS4. Approximately 30 hours of play were devoted to the single-player mode, and the games were completed.  There are no multiplayer modes.

Parents: According to the ESRB, this game is rated M and contains blood, drug reference, sexual themes, strong language, and violence . This is a murder-mystery, with all that entails. There are children in danger, exploding stomachs, brutal hatchet murders – the whole thing is fairly bleak, and not at all suitable for anyone under 18.

Deaf & Hard of Hearing Gamers: There are no audio cues necessary for gameplay and all dialogue is subtitled. You should be fine!

Great review. I would warn people that it’s not an “Almost” guaranteed a bad end, you will.I know some people have been frustrated thinking they could breeze through and pick the right path. It’s intended this way as you need clues and hints from the bad endings to get the final good ending. I’m glad they fast forward and skip using the VLR timeline, making this the best version of 999 to play.